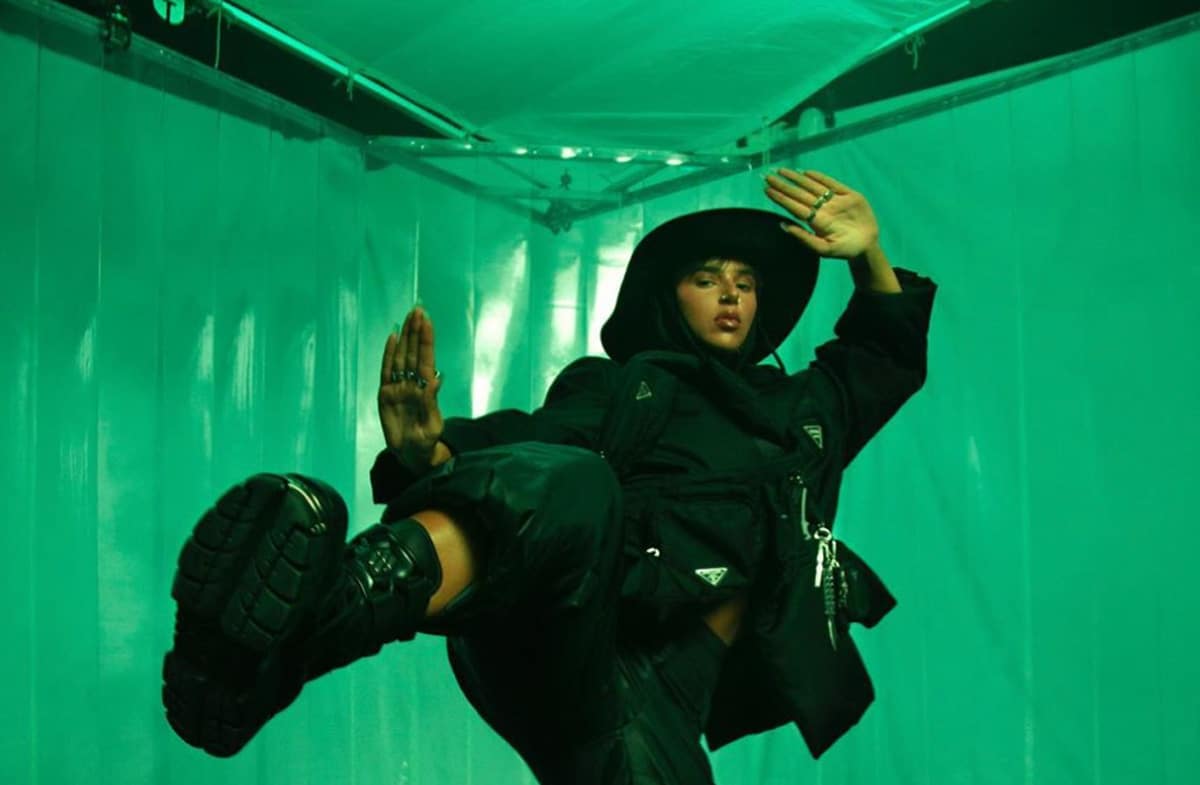 Who is Nathy Peluso? Our new girl crush

Who is Nathy Peluso?

Nathalia Beatriz Dora Peluso, mostly known artistically as Nathy Peluso, is an Argentinian singer-songwriter born on 12 January 1995, in Luján, a city in the Buenos Aires province. Shortly after, Peluso moved to Saavedra, a neighbourhood in Buenos Aires where she was raised until 2004 when she and her family immigrated to Alicante, Spain.

Recently, Peluso started to make a name for herself as a singer and some even compared her to Spanish superstar Rosalía. After performing since the age of 16, mainly interpreting classic songs by Frank Sinatra, Etta James or Nina Simone and moving to Madrid to study Fine Arts at the King Juan Carlos University, Peluso independently released a seven-track EP titled Esmeralda in October 2017, which included the single ‘Corashe’.

The track aroused the interest of many music critics and in April 2018, Peluso released her second EP, La Sandunguera, with Everlasting Records, which spawned the singles ‘La Sandunguera’ and ‘Estoy Triste’. She later embarked on a tour with her band Big Menu and played gigs at Sónar festival in Spain and selected parts of Europe and Latin America.

In 2019, Peluso released her debut book Deja Que te Combata, a compilation of her thoughts, reflections, stories as well as past and upcoming projects. Meanwhile, she also released more songs and appeared at major festivals.

When did Nathy Peluso’s career blow up?

While she technically remains ‘one to watch’, Peluso’s career truly grew after she signed a record deal with Sony Music Spain in December 2019. Her first release as a signed artist was the independent single ‘Copa Glasé’.

In 2020, she reached the attention of the general public and the mainstream audience after Operación Triunfo contestant Anaju sang ‘La Sandunguera’ on prime time television to keep participating on the show.

After that, Peluso was invited to the show on Women’s Day to promote her new single ‘Business Woman’, defined as a feminist anthem. When the COVID-19 pandemic was at its peak, Peluso released a musical collaboration with Rels B titled ‘No Se Perdona’, which has now more than 13 million views on YouTube.

In September 2020, Peluso announced that she would be releasing her debut studio album Calambre on 2 October and released her new single ‘Sana Sana’, which references another Latin American legend—Mercedes Sosa.

Peluso has built up an impressive social media following, with more than 860 thousand followers on Instagram, thanks in part to the videos she posts of herself doing weird yet still sexy things such as twerking over a salad. And while Peluso’s style is nothing short of empowering, the singer has more than that to show for herself.

Her debut studio album Calambre has just launched and we’re more than excited to see where the wind will carry her next. “You know that I’m a dangerous woman,” raps Peluso in ‘Sana Sana’ and we couldn’t agree more.