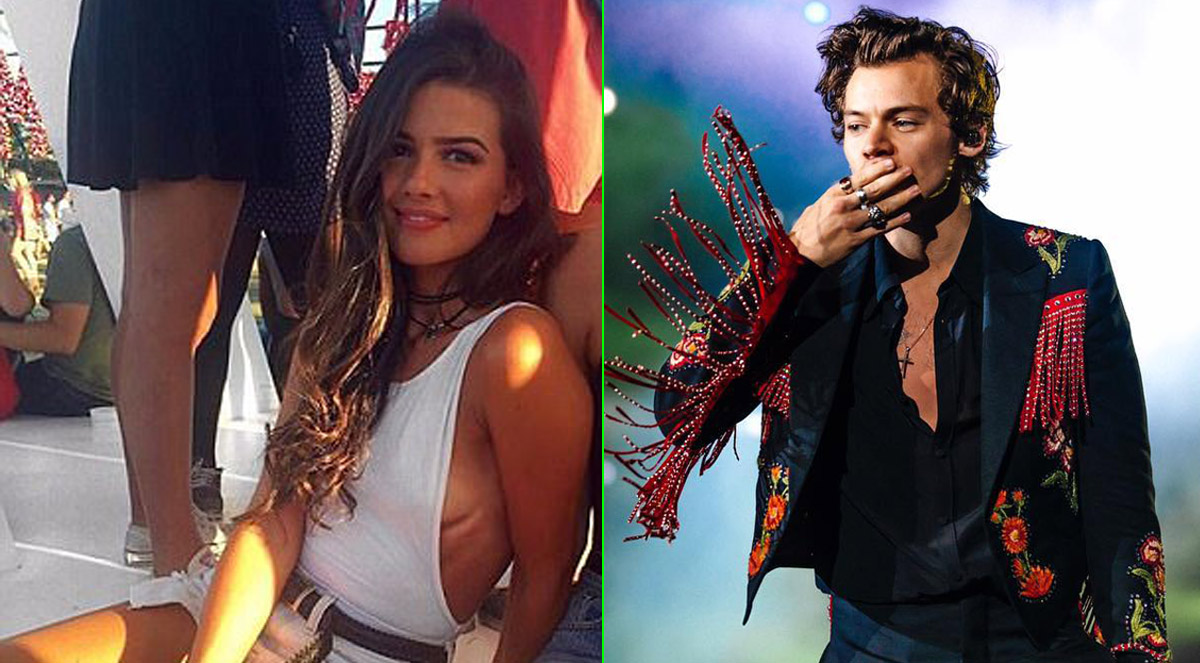 10 celebrities who have dated their fans

Be it Kim Kardashian and Pete Davidson or Charli D’Amelio and Landon Barker, dating in the public eye can be quite challenging and every week there seems to be a new celebrity couple calling it quits. Apart from making it almost impossible to maintain healthy relationships, fame also renders celebrities unable to find people who they are actually compatible with and not just someone who wants to date them because of their reputation.

This is one of the reasons most public figures have sworn not to date their fans. But not all hope is lost. From meeting their favourite idol at a concert and local coffee shop to meticulously stalking them online and even manifesting their marriage, more than a handful of stans have made their dreams come true by dating superstars in real life.

Here are ten instances that prove how a chance meeting between a celebrity and a fan can lead to an unlikely love story:

In 2011, a die-hard Jake T. Austin fan named Danielle Caesar met the Wizards of Waverly Place star (who played Max Russo on the show) at a meet-and-greet in New York City before she started tweeting about him constantly for the next five years. Some of Caesar’s tweets read: “Me and @jaketaustin are getting married. Shhh =x he just doesn’t know it yet 😉 yes I know I’m a freak :D”

Turns out, Caesar was indeed a freak—a freak-ing genius who literally manifested a relationship with her idol! In 2016, the then-21-year-old actor confirmed the unlikely union with an intimate selfie of the pair kissing on Instagram. He also tagged Caesar’s account in the photo and captioned the post: “I’m crazy for her 💙”

When the Daily News reached out to Austin for comments on his relationship at the time, he reportedly “downplayed” the couple’s origin story. “We’re young and having fun just getting to know each other. It doesn’t matter how you meet someone—on set, in a coffee shop, at school or in the business,” he said. “Sometimes you connect with people at the right moment and you just click.” I expect to be in a committed relationship with Noah Centineo by the time you finish reading this article, thank you.

On-and-off couple Liam Payne and Maya Henry first met when the then-15-year-old model attended a One Direction concert in 2015 and hung out with the boys at a meet-and-greet. Roughly four years later, Payne was rumoured to have started dating Henry just a few weeks after his split from singer Cheryl Cole. The pair were even spotted going on a number of dates in London.

It was then that they broke up briefly, before getting back together in the summer of 2019. The pair later went on to confirm their relationship publicly for the first time in August 2019 but were reported to have split in February 2020—later reconciling in August 2020 by announcing their engagement, only to break things off in June 2021 and get back together again in August 2021. Is it just me or is anyone else starting to see a pattern here? All of this to say that the couple has presently ended things “for good” in April 2022. Now, who’s waiting for August to come around?

When Christian Bale was interviewed by Easy Living magazine, the Batman Begins star revealed that he was against the idea of marriage. “Everyone was divorced in my family so I didn’t have very healthy ideas about marriage,” he admitted. But all of that changed when he met Sibi Blažić, who was working as Winona Ryder’s personal assistant at the time. Given how Bale and Ryder became close friends after filming the 1994 adaptation of Little Women together, the latter introduced Bale to Blažić and they instantly hit it off.

In 2000, Bale and Blažić eloped to Las Vegas when he was 26-years-old and she was 30. Five years after their marriage, the pair welcomed a daughter named Emmeline. In August 2015, they also had a son, though both children have been fiercely kept out of the spotlight by Bale.

During an interview with The Wall Street Journal, Bale also talked about Blažić’s role in The Dark Knight Rises. “My wife was a stunt driver—she was chasing me through the city in [the movie]. She was driving one of the cop cars. She can do 180s and stunts and all that,” he said, adding, “She terrifies me. My wife terrifies me.”

Joe Jonas may have found the real love of his life now with Game of Thrones actress Sophie Turner, but in his Jonas Brothers era, the star has admitted to picking up fans at his own concerts.

In a 2013 interview with Vulture, Jonas said, “And, yes, I’ve dated fans. I can’t say that I’ve never put a foot in that world—there were times when I definitely took advantage of the opportunities I had. I remember I invited a fan to a movie, and we just made out the entire time. I don’t even remember what the movie was about. I must have been 16 or so.” Three years later during his appearance on Watch What Happens Live, the star further revealed that there have been times when he’d invite a fan backstage only to realise that they liked his brothers more than him.

“But it doesn’t always work out if you’re like, ‘Hey, why don’t you get that girl’s number for me?’ and then they’re more of a Nick or Kevin fan,” he told host Andy Cohen. “That’s never fun. Then it bites you in the ass.”

Nicholas Cage met Alice Kim in 2004 at a Los Angeles restaurant called Kabuki where she worked as a waitress. Kim was 19 at the time and Cage was 40 but the pair tied the knot two months later nevertheless. “We did it because we loved each other,” Cage told The Guardian in 2013. “When my mother-in-law came to the house for the first time, before even [a] hello or nice to meet you, all I got was, ‘she’s too young!’ And so I knew this was going to be an uphill battle.”

A year after their marriage, the couple welcomed their only son, Kal-El. “I made a very clear decision to marry out of my own zip code,” Cage continued, crediting Kim for his stable lifestyle. “I married into another culture, and it’s interesting because in Korea they call me the ‘Son-in-Law’.” However, the two separated in January 2016. Two years later, Cage told The Guardian that their split was “a shocker for me—I definitely didn’t see it coming.”

In 2013, fans slammed Harry Styles for hooking up with an admirer named Alexis Allen after she was spotted in one of his concerts holding a sign which read: “We’re legal!” Netizens quickly initiated a barrage of abuse against the poor fan—who was eventually forced to delete all traces of herself from social media sites. Four years later, however, the then-23-years-old Styles was introduced to Townes Adair Jones through mutual friends while he was on a break from recording his album.

“They were set up on a blind date and it was sort of a natural thing, they really hit it off,” a source told the Daily Mail at the time. “They only met once but both had a memorable night, so memorable that it inspired Harry to write a song about her.” Lo and behold, ‘Carolina’, where Styles sings: “I met her once and wrote a song about her, I wanna scream, I wanna shout it out, I hope she hears me now.”

Heck, Styles even dropped Townes’ first name in the song, leaving his fans wondering who the mystery girl was back then. The lyrics go: “So far from home. She never saw herself as a West Coaster. Moved all the way ‘cause her grandma told her, ‘Townes, better swim before you drown’.”

Steve Harvey met Marjorie Bridges during one of his shows at a Memphis comedy club in 1990. As noted by Essence, Harvey was on stage when he saw Bridges walking into the room and arriving late for his show. He then paused his set and said, “I don’t know who you are but I’m going to marry you.” The comedian also went on to admit that he “quit breathing” the first time he laid eyes on Bridges.

Although the pair started dating, Steve reportedly “disappeared” because he wanted to focus on his career. Essence quoted him as saying, “Before a man can be of use to a woman… he’s got to know who he is, what he does and how much he’s going to make.” Years later, in 2007, Harvey finally popped the question and tied the knot with Bridges—paving the way to his most successful marriage at 15 years and counting.

Katie Holmes once used to tell her Dawson’s Creek castmates about her crush on Tom Cruise, noting that she even had a poster of the Top Gun movie star on her wall. In an interview with Seventeen magazine in 2004, Holmes further admitted, “I think every little girl dreams about [her wedding]. I used to think I was going to marry Tom Cruise.”

Well, Holmes’ manifestation fruitioned in May 2005—when she started dating her idol and got engaged mere weeks later. In 2006, the couple also welcomed a daughter named Suri. Soon after getting together, Holmes also reportedly converted to Scientology for Cruise. In 2012, however, Holmes filed for a divorce “due to fear of Cruise abducting their child into Scientology.”

Zac Efron met Vanessa Valladares when she was waitressing at Byron Bay General Store & Cafe in Australia back in 2020. In September, People reported that Efron had been house hunting and planned on “staying in Australia permanently.”

“Things moved quickly, and Vanessa spends most nights at Zac’s house. They are both very smitten with each other,” a source told Us Weekly at the time. In April 2021, E! got rare details on the two’s relationship, with a source telling the outlet that Valladares “quit her job so she can have the flexibility to travel with him.” But just when things were looking up for the couple, they called their 10-month-long relationship quits in the same year.

Despite the fact that Kim Kardashian and Kanye “Ye” West’s relationship has been one of the most controversial ones in the public eye to date, their history can actually be traced back to 2003—when Kardashian was working as a stylist for Brandy. At the time, however, she was dating Brandy’s younger brother, Ray J, and is said to have immediately “friendzoned” Ye. Although both the celebrities had a lot of random meetings over the years, the timing was “just never right.”

It was only in 2006, after seeing a viral picture of Kardashian with Paris Hilton, that Ye was truly smitten and asked a friend if he’d ever heard of this “Kim Kar-dijon” woman. “I just knew I wanted her to be my girl for a long time,” Ye said in an interview with Ryan Seacrest in 2013. “I remember I saw a picture of her and Paris Hilton, and I remember telling my boy, ‘Have you seen that girl Kim Kar-dijon?’.”