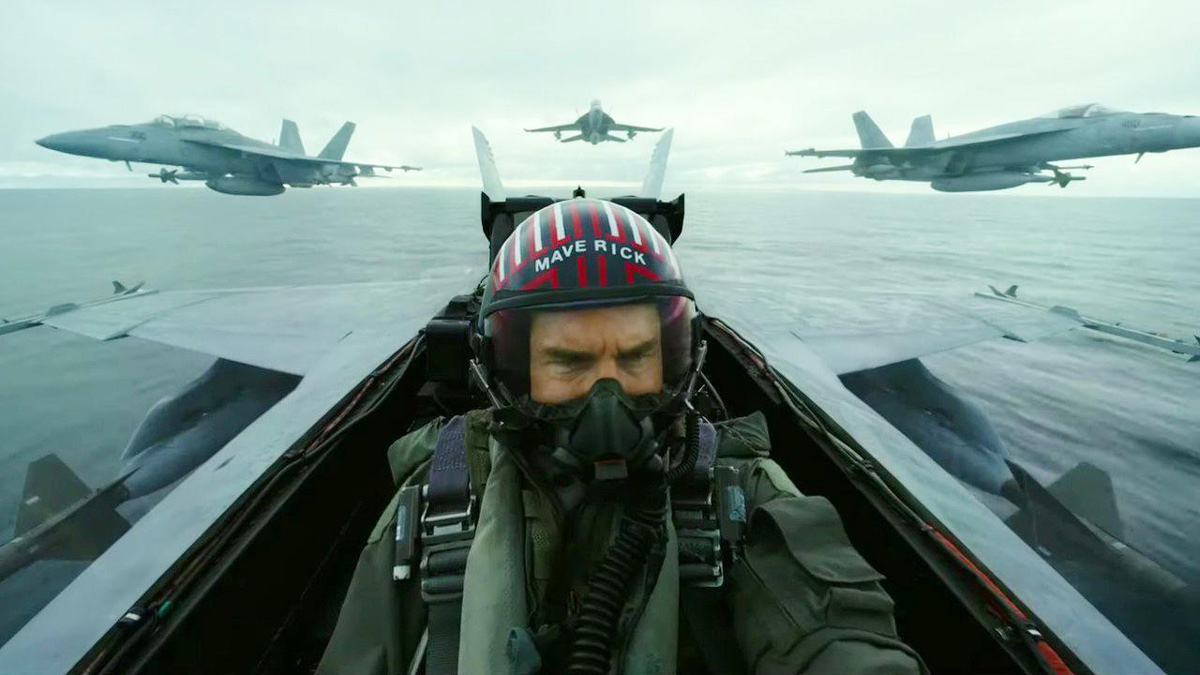 On Friday 3 June, at approximately 2.30pm, Lieutenant Richard Bullock crashed near Trona, a remote area of the Mojave desert in California. The US Navy pilot had been flying a F/A-18E Super Hornet, the same plane Tom Cruise’s character flies in Top Gun: Maverick, the 2022 sequel to the iconic 1986 movie.

It was first reported that no other civilians were harmed, although a new statement confirmed officials are still investigating the secured crash site. Naval Air Weapons Station China Lake Federal Firefighters and Naval Security Forces were confirmed to have responded to the crash.

Navy officials wrote: “U.S. Navy pilot Lt. Richard Bullock was killed when his F/A-18E Super Hornet crashed in the vicinity of Trona, Calif., at approximately 2:30 pm (PDT), June 3. Bullock was assigned to Strike Fighter Squadron (VFA) 113 based at Naval Air Station Lemoore, Calif., and was flying a routine training mission at the time before his aircraft [went] down in a remote, unpopulated area. No civilians were harmed as a result of this incident.”

The statement continued, “The incident is currently under investigation and the scene of the crash is secured by Navy and local authorities while recovery efforts are ongoing. The Navy mourns this tragic loss alongside the family, friends and shipmates of Lt. Bullock.”

The aircraft model Bullock had been flying is one manufactured by company Boeing, which states on its website, “The F/A-18 Block III Super Hornet is the newest highly capable, affordable and available tactical aircraft in US Navy inventory. The Super Hornet is the backbone of the US Navy carrier air wing now and for decades to come.”

As reported by Mail Online, the crash is the third to have occurred in the past three years of Navy training exercises. In October 2021, a F/A-18F Navy Super Hornet crashed in Death Valley and in 2020, a pilot crashed a F/A-18E in China Lake, with both incidents leading to injuries. While neither of these accidents were fatal, a pilot was killed in 2019 when their Super Hornet also crashed in Death Valley National Park, injuring seven park visitors who were hit by plane debris.

According to Paramount Pictures, Top Gun: Maverick grossed $90 million in its second weekend in the US. That number, which is also higher than any debut weekend for Cruise’s Mission: Impossible franchise, is down a mere 29 per cent from its first weekend of $126.7 million. 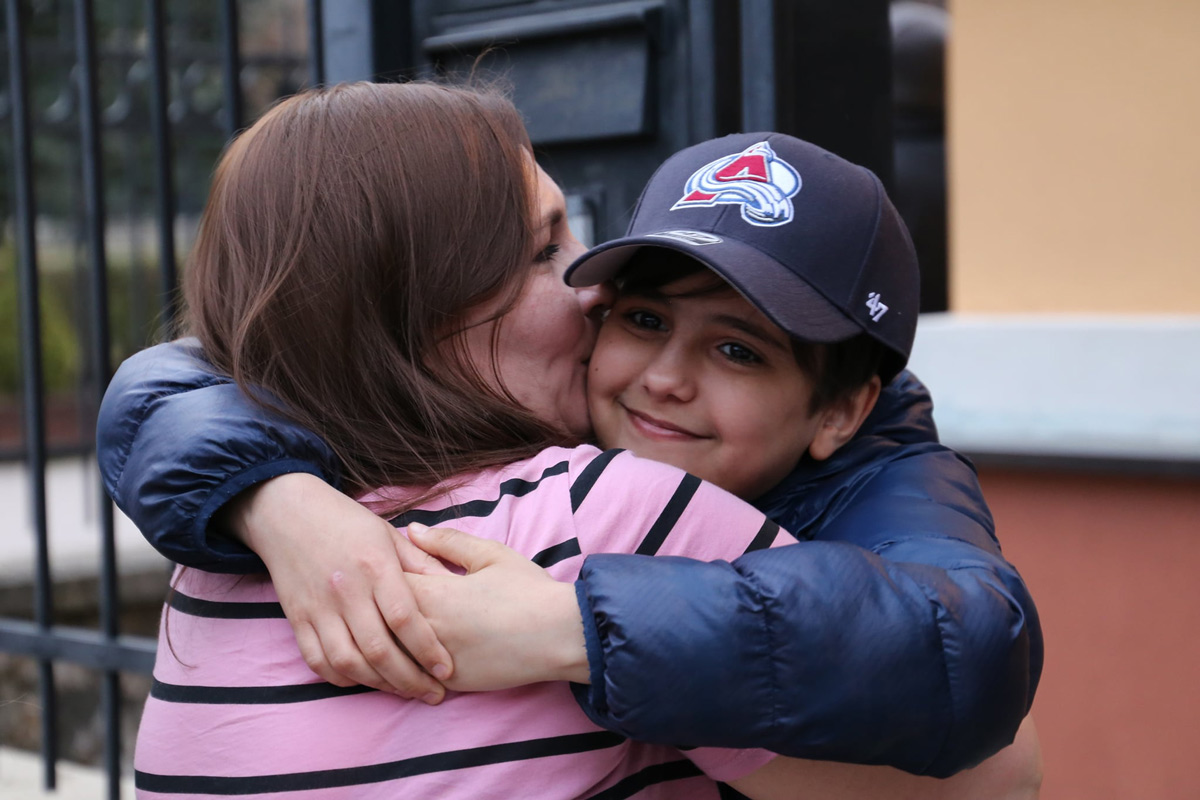 While Russia continues to invade Ukraine, one particular story made headlines earlier in March—an 11-year-old boy crossed the Ukrainian border alone in order to flee the country and find his relatives. Fast forward to mid-March, and the boy’s 750-mile trek now has a positive update as he has successfully been reunited with his mother.

Slovakian police previously shared the story of Hassan Pisecká, the bright and beaming boy in question, who fled Ukraine by himself in search of his relatives—with only a passport, a note from his mother and a phone number written on his hand. The boy travelled 1,000 kilometres by train to Bratislava, Slovakia, all the way from Zaporizhzhia in southeast Ukraine. Pisecká is among the estimated one million children who have ventured out of the war-torn country, according to ABC News.

It’s been reported that the young Pisecká has now joined his mother and widow, Júlia Pisecká Volodymyrivna, in a heartwarming tale of reunion between the family members. While the boy fled the unstable turmoil of Ukraine in the midst of the raging war, his mother stayed behind to take care of his 84-year-old grandmother who was immobile and, therefore, unable to flee.

In a video statement, Pisecká’s mother thanked officials who helped her son and explained why she couldn’t travel with him at the time. “I can’t leave my mother, who is 84-years-old and who can’t walk on her own. That is why I put my son on a train to the Slovakia border where he was met by people with big hearts,” she said.

Prior to this crisis, the family had to flee Syria without Pisecká’s dad years ago. In this regard, the Slovakian police forces went on to state: “They lost everything again, but this time the war didn’t take anyone away from them.”

However, in an uplifting turn of events, Pisecká’s mother, grandmother and their dog have also managed to flee and join him and his other siblings since then.

In previous posts shared about Pisecká’s journey, Slovakian police circulated images of the boy smiling warmly with a hat and backpack perched on his shoulders. Greeting the volunteers at the camp despite the harrowing circumstances, officials at the border were stunned by the small boy’s “fearlessness and determination.” They also lauded him as “a hero of the night.”

Guided with only a phone number written on his hand, Pisecká ventured across the border—while the note tied to his waist allowed officials to contact his family in Slovakia. Pisecká was reunited with his four other siblings already in the country in a series of heartwarming pictures and videos shared by the border patrol.

Making an appearance on Good Morning Britain, the boy shared how unsure he felt about the future but added that he “is happy to be safe.”

For Pisecká’s siblings, one of the biggest concerns was their mother’s safety and wellbeing. The children were concerned about their mother, saying: “Everyone who was with her her whole life we all left her all in one moment.”

Translating for the young boy, Pisecká’s sister added: “The kids and the people were sitting in the hall, everyone was talking in foreign languages and he wasn’t understanding so that was the scariest [part of the journey] for him.”

The eldest son added: “We think about our mother and we miss our mother.”

Since leaving Ukraine, the entire family has been reunited with their mother in Bratislava. “The train ride was very difficult. Hundreds were crammed in a single car. But we had to escape so our family could be back together,” his mother shared with The Sun.

“I’d like to thank everyone from [the bottom of] my heart. We have to start from scratch. We lost everything we’ve had but we’re healthy,” she continued. For Pisecká, though the journey was gruelling and a big risk for an 11-year-old to brave alone, “he says the most important is to be in the place where he has family,” his sister translated.