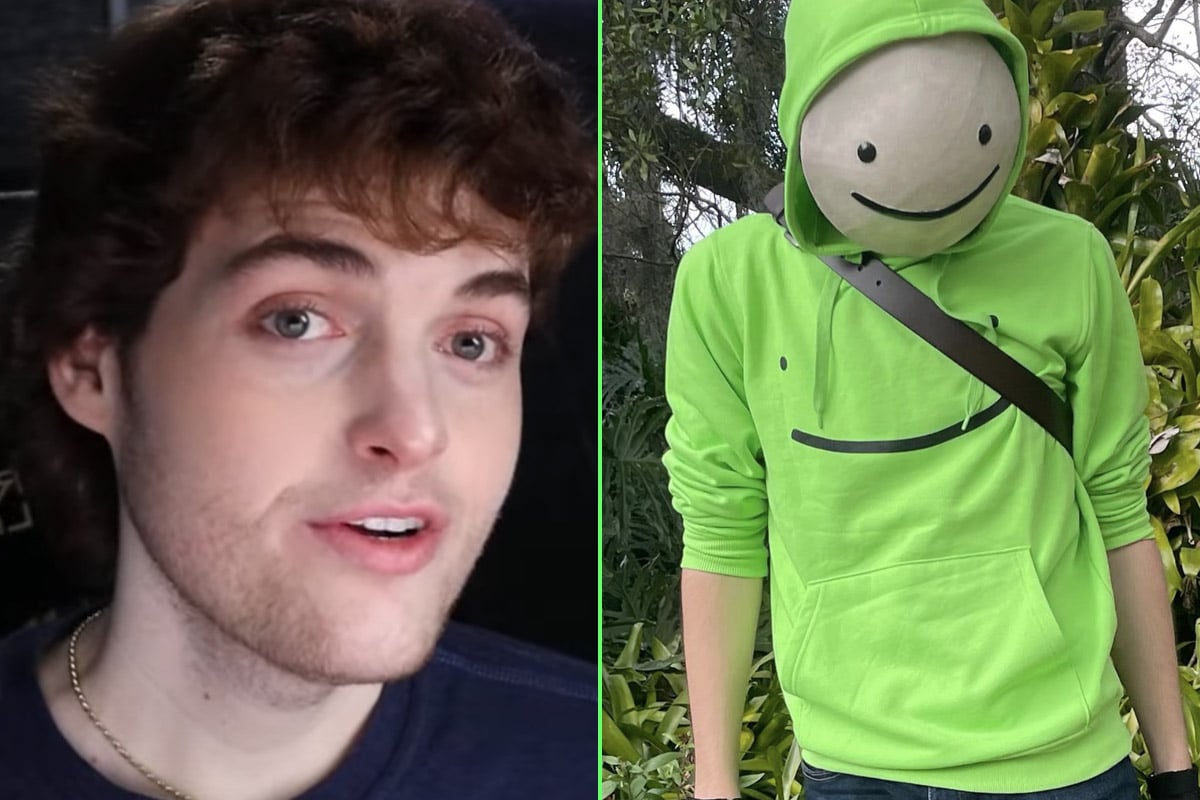 Dream, a popular Minecraft streamer and Twitch personality who, until recently, wished to remain anonymous using a plain white smiley mask to portray himself online, has revealed his face in a now-viral YouTube video.

Launching his YouTube channel in 2014, the 23-year-old content creator had spent over eight years behind a cartoonish white smiley face doodle, with viewers only being able to hear his voice. As of today, 3 October 2022, they have a face to go with it. Dream (real name ‘Clay’) told his fans in the video that he had felt “bunkered up”—and with his friend and fellow creator GeorgeNotFound moving from the UK to Florida, US, he thought it was time to finally show himself.

Now, the concept of anonymous influencers is nothing new. For years, internet stars have been creating content minus a face cam, with some even using artwork and poetry of themselves instead. A popular trend on these terms include VTubers, virtual YouTubers who use a digital avatar usually modelled after their physical forms—in turn, transforming them into anime characters.

But why do internet creators choose to do this? With so many seeking fame and fortune online, you’d think they would want every bit of exposure they could get. But as with most things in life, it’s not that simple.

The idea of being completely anonymous online is something that seems almost unobtainable these days. With so much personal information being made available on there—through both legal means and not so legal ones—it’s almost impossible for netizens to not find something about you with just a few clicks. Simply put, it’s hard to stay anonymous and nurture a fanbase who are constantly curious about your looks in a digital age.

For people who decide to become faceless creators, however, this is something that they try their level best to achieve. In an interview with SCREENSHOT, CEO and president of the influencer management agency A-List Me, David Gosselin said: “Being a ‘faceless’ influencer isn’t a new concept but it is still something that we don’t see often.”

This ‘need’ to stay anonymous could stem from many things. For some creators, it’s a security measure, which makes sense given how intense some fans can be—I mean, just look at how some people treat fellow faceless influencer Corpse Husband. For others, it could simply be that they are too shy to show themselves online, yet still want to make content, and the persona that they step into gives them the confidence to do so.

On the other hand, being anonymous online can give rise to some pretty nefarious practices. From internet trolls—some of whom are even paid to stir trouble—to just general hate, the idea of being able to get away with something you wouldn’t normally be able to if your identity was well-known is a huge draw to some influencers.

In the world of faceless creators, this type of draw can be disastrous. Look no further than disgraced YouTuber Cryaotic (Cry). Similar to Corpse Husband in that he was known for his sultry voice, the former star would often read horror stories on his YouTube channel, as well as play games with internet icons such as Pewdiepie and CinnamonToastKen.

Like Dream, Cry used only a simple cartoon face as his online persona, and after seven years of staying incognito, he eventually did a face reveal too. But in June 2020, allegations surfaced that Cry had groomed underage fans who he was recruiting to have romantic relationships with once they were of legal age.

As you can imagine, this was a huge blow for the creator, who, after addressing the issue, disappeared from the internet all together. Due to his former anonymity, he had the same mystery surrounding him as Dream did and Corpse Husband continues to do, and it was this that made him feel like he could get away with his actions.

The power of anonymity can be seen in the way trolls act before and after they are caught. If no one knows anything about you, you can’t be touched. As soon as your information is out there, it’s game over.

As the trend of faceless creators grows, it seems like this might be the new norm, as influencer and marketing strategist for gaming and esports at Upfluence, Alex Curry, previously discussed with SCREENSHOT: “During the early years of digital content creation, especially within esports, a plethora of gaming content creators opted out of the traditional ‘on-screen’ appearance and instead chose to let their gameplay or creative voice-over narrations speak to their audience.”

Since then, basing your identity in the content that you specialise in has become the new phase of influencer culture.

“We are witnessing a shift where less is more and seeing higher engagement rates in this landscape too,” Curry continued. “Not being able to constantly know the whereabouts of your favourite influencer keeps audiences guessing as to the next piece of content that will be revealed.” This norm also translates into a positive impact on creators who are faced with the constant pressure to deliver content to their massive audiences. “Influencers are now able to take frequent breaks instead of generating content at such a large volume which eventually leads to burnout,” the expert added. 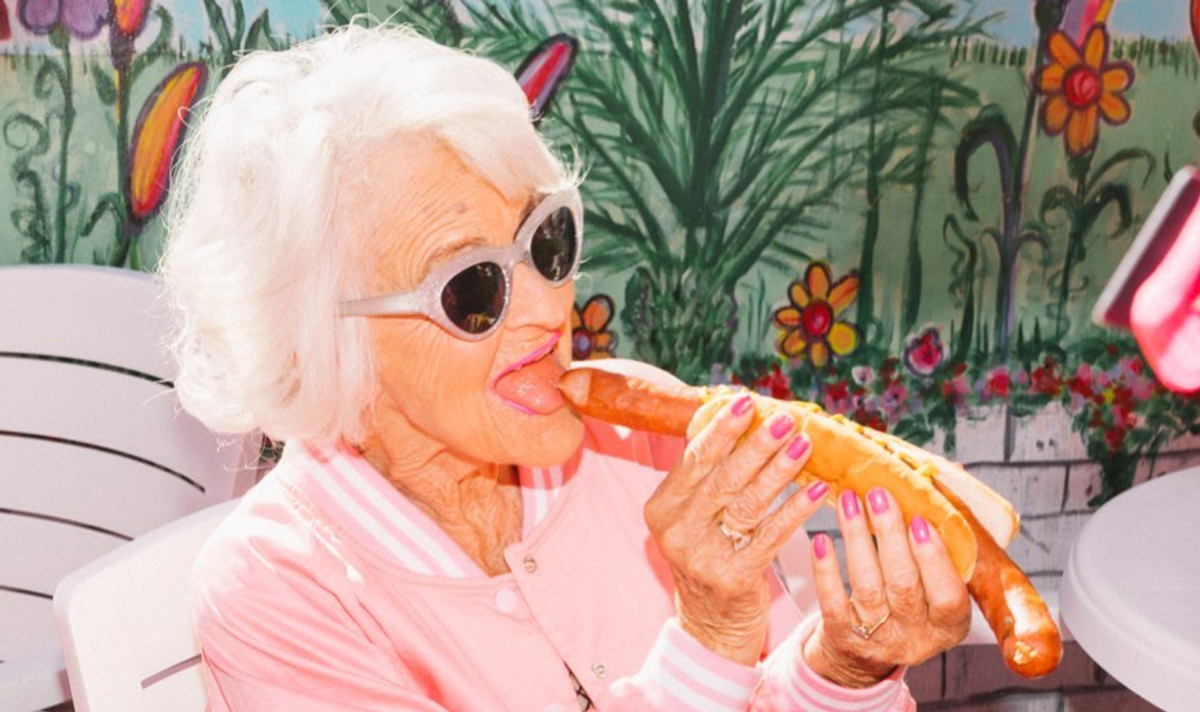 Granfuencers or Instagrannies claim their fame on social networks like TikTok and Instagram. No longer is it a young person’s game. The recent wave of new influencers has come to light, consisting of web-savvy seniors.

Granfluencers aren’t like the typical influencers you follow on Instagram, TikTok or YouTube. They’re hip senior citizens that are taking over the internet. Think glam grannies and grandpas with swag. These influencers are also popping up more in paid partnerships and sponsored posts with big-name brands. Granfluencers cover any range of topics but are predominantly in the fashion and lifestyle niche. Essentially, senior citizens are taking advantage of the untapped market, sharing their favourite products—and, it’s working.

People have been longing for old-fashioned, wholesome content since the challenges of when the pandemic first hit. Now, your typical heartwarming grandmother can be seen enjoying a product she loves and having fun with the latest TikTok challenges.

How granfluencers are breaking the ceiling of social media representation

Many are accustomed to the idea that an influencer is young with massive followings. But societal views are changing, even for consumers. For example, a tech-focused company wouldn’t particularly establish a partnership with elderly influencers since it’s not the most instinctual choice. They would typically pick a collaboration with someone like Linus Sebastion, a Canadian tech influencer with 11.4 million YouTube subscribers.

But since 2020, consumer perceptions and behaviours have shifted. Now, tech-focused companies are diversifying their representation in the consumer tech industry as a whole. The misconception about older people not being interested in learning about new tech and trends is different now. Senior citizens are becoming more tech-savvy and using that to build their personal brands on social media platforms.

Her “Stealing your man since 1928” tagline and BaddieWinkle’s overall brand make the 92-year-old one of the most famous granfluencers today.

From TikTok to Instagram, The Old Gays are taking part in the rise of senior influencers. This adoring group of four members breaks the internet with their charm and funny skits. With 5.7 million followers on TikTok, these content creators are crushing it with their views on pop culture and ageing as gay men.

The Old Gays range in ages from the mid-60s to late 70s and first made their appearance on Grindr’s YouTube channel. Now, they’re getting their own docuseries, according to NBC News. Their videos are popular among young and old crowds alike.

Granfluencer Carla Rockmore is swaying TikTok with her love for bold colours, vibrant style and designer shoes. Beloved by her followers, they’ve deemed her as the real-life Carrie Bradshaw. This fashionista has one million followers on TikTok and ensembles new outfits—taking a whole new level of eclecticism each day.

Though only 54, the Dallas fashion designer takes pride in sharing with her audience how she expresses herself flamboyantly through her wardrobe, regardless of her age. She loves discussing what she has in her closet, and her followers are all over it.

The internet is getting even more wholesome content with Stephen Austin’s cooking videos on TikTok. Austin also goes by Old Man Steve, an account where he posts simple cooking videos dubbed “Cooking with Steve.”

Austin gives fans the quick reminder they need to eat their breakfast—and people are obsessed. This famous TikToker constantly receives messages from fans asking him to be their grandpa. Since he doesn’t have children or grandchildren, he feels all the joy from the love he gets from his followers.

It’s easy to believe that the older generations aren’t able to learn how to use social media and, in turn, jump on other trends. But this is not the case. Seniors can be tech-savvy if they’re taught how to be in the first place. They’re now making their presence known on social media platforms. All in all, there’s a potential for the influencer marketing industry to grow exponentially. As senior citizens continue to join this bandwagon, this will open doors for brands to include granfluencers as part of their marketing. And it’s about time.