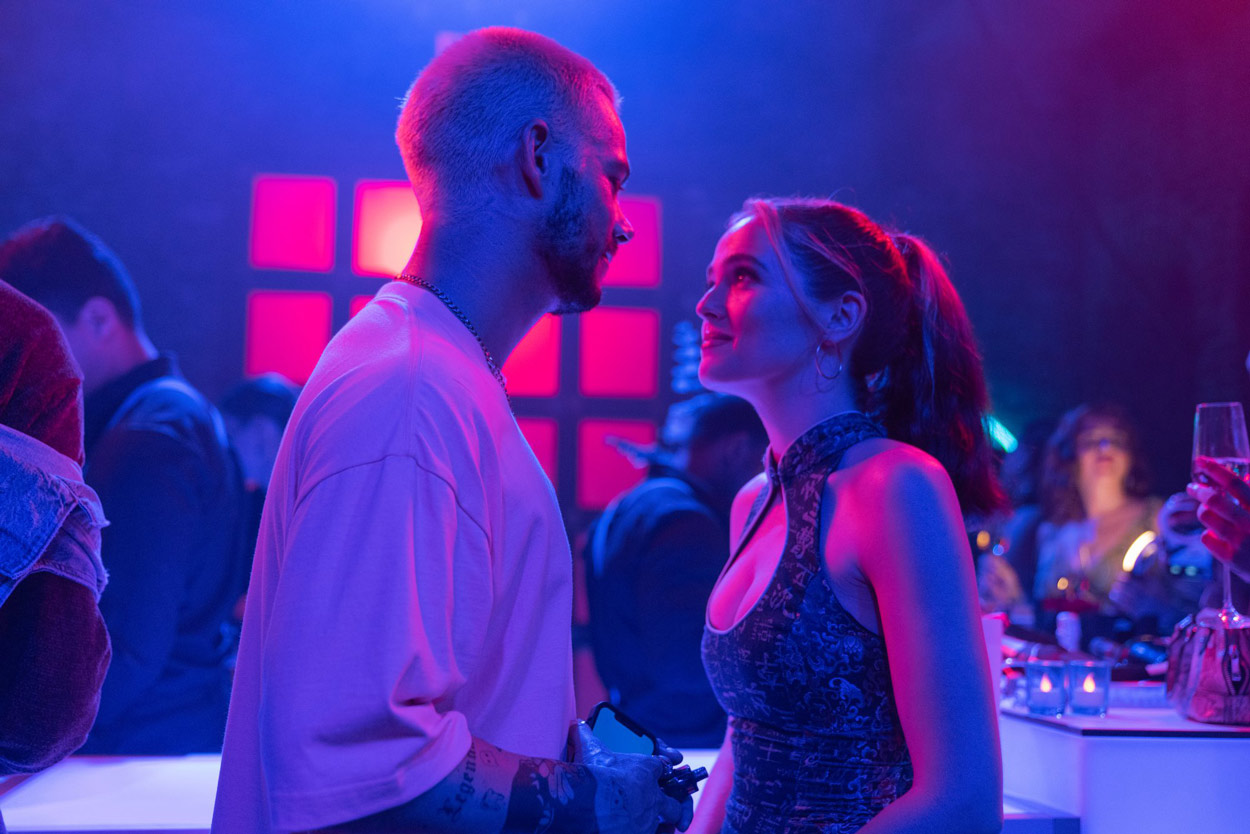 ‘Not Okay’: A sneak peek at what happens when influencers take Instagram Olympics too far

Zoey Deutch, Dylan O’Brien and a plush red beret can only result in something exciting. The two actors’ latest project Not Okay follows photo editor and aspiring writer Danni Sanders on a hell-bent mission to become the internet’s next big obsession.

However, Sanders quickly ends up in the hot seat when the bogus writing retreat in Paris she had Photoshopped her way into directly coincides with a very real and catastrophic terrorist attack. Rather than owning up to her mistakes, she spins a problematic web of lies and uses a platform of false victimhood to prop up her newfound influencer status. It doesn’t take a genius to guess just how unlikeable the movie’s protagonist is.

The entire film speaks to writer and director Quinn Shephard’s take on how toxic the internet and social media can be in its true form. Especially when, as phrased in The Atlantic, “self-reflection isn’t truly possible when validation from online strangers is one’s only source of happiness.” Shephard, in a recent interview with Entertainment Weekly, spoke a little bit about the movie’s origin. She expressed how the idea sparked from “wanting to capture the feeling that I was having daily when I would check my phone and see the most horrible news you could imagine next to somebody’s vacation Instagram Stories, skincare ads and gifting suites.”

Deutch’s character definitely feeds into the self-serving white female stereotype. I mean, it was not without a reason that her first words in the film were “Have you ever wanted to be noticed so badly, you didn’t even care what it was for?” Even before the story takes off, a warning swiftly pops up on your screen to let you know that “​​this film contains flashing lights, themes of trauma, and an unlikable female protagonist.” Told you!

While Sanders may be a hyperbolic representation of influencer culture, most parts of Not Okay are either based on real-life occurrences or close enough to reality, forcing viewers to rethink their own relationship with social media.

It was excruciatingly difficult not to wince when she referred to an activist’s spoken word piece as sounding “just like Hamilton,” or even worse, when she asked her manager: “Can’t tone-deaf be a brand though?” followed by “Isn’t that what Lena Dunham does?”

Some of the most WTF moments definitely occur during Sanders’ interactions with genuine activist and school-shooting survivor Rowan, played by Mia Isaac. Not only does Sanders infiltrate the very real trauma therapy group that Rowan attends but she goes as far as to purposefully befriend the activist only after finding out about her immense social media following. Watching such a problematic behaviour is painful to say the least.

Sanders’ trending hashtag #ImNotOkay is also a direct piggyback off of Rowan’s own personal experiences. Back to real life, we’ve seen how some online influencers have questionably gone out of their way to romanticise issues surrounding mental health and negative emotions. Sanders definitely uses this ploy to grab ahold of her audience.

Isaac is, in many ways, the scene-stealer in this film. Her portrayal is incredibly honest and powerful. Having dealt personally with a number of difficult and manipulative relationships with white women, the actress brings a very valuable perspective to Not Okay. Her final scene, in particular, is as emotional as it gets and is honestly a stand-alone reason to watch this movie.

To add a bit of extra hype prior to Not Okay’s release, @guyswithamoviecamera was left in charge of the filming process of behind the scene footage. Reece (aka the guy) created a lot of content with all the film’s stars, including online fan favourite O’Brien.

Despite being positively received online—a blonde peroxide O’Brien? Say no more—some publications have described the film as content that is trying harder to “luxuriate in the toxic sludge of internet culture than it is to try and clean it up.” We, on the other hand, wouldn’t be quite so critical.

Not Okay may, in some ways, unintentionally glamourise problematic influencers, but I would argue that, ultimately, it’s achieved what it set out to. It’s forced us to feel uncomfortable with the status quo and take a serious look at how we want to navigate social media and online culture in the future ourselves.