A day in the life of Orrin the cyborg, a conscious collective warning us about an impending apocalypse   – Screen Shot
Deep Dives Level Up Newsletters Saved Articles Challenges 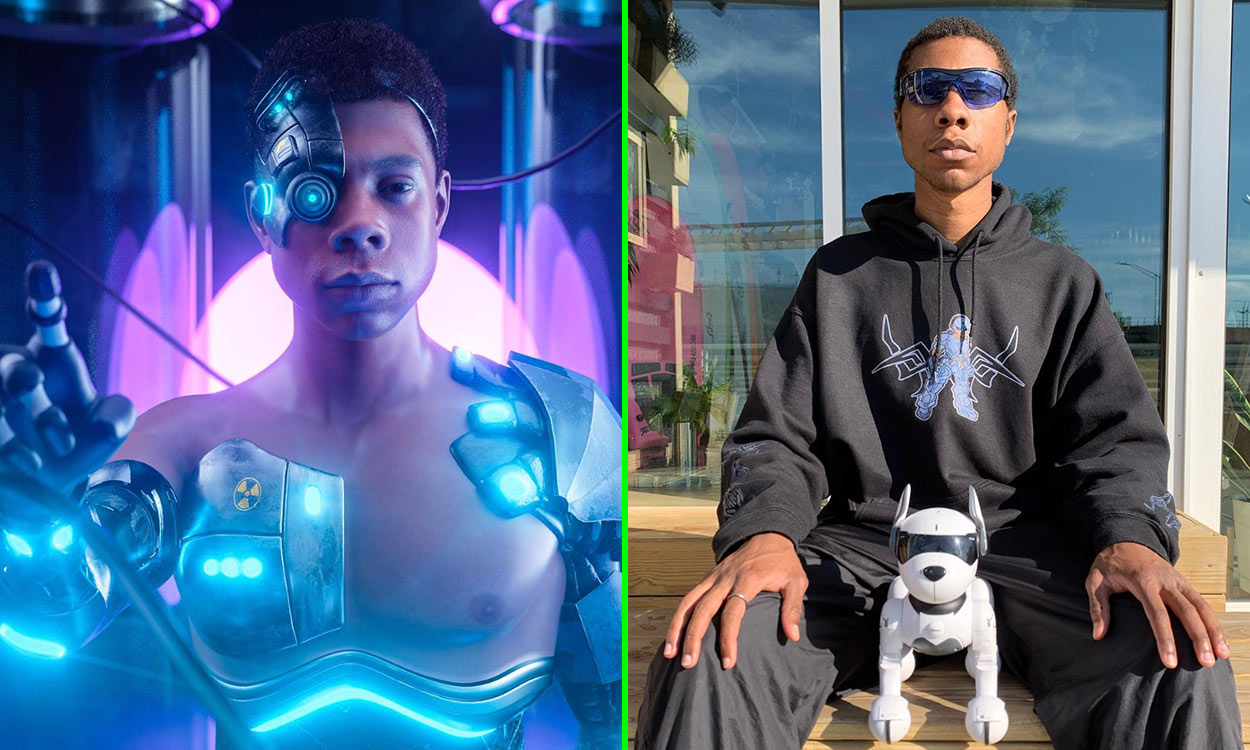 A day in the life of Orrin the cyborg, a conscious collective warning us about an impending apocalypse  

When we think of The Matrix, we imagine a leather-clad Keanu Reeves having his mouth fused shut and somehow making bullets stop in their tracks simply by using his mind. What we don’t often think of however is a cyborg collective named Orrin, chatting to Dr. Phil on his infamous talk show.

The year 2020 provided us with many things: the COVID-19 pandemic, Brexit and a show-stopping Shakira and Jennifer Lopez half-time show at the Super Bowl. It was also the year in which we were introduced to a time-travelling cyborg who warned us of an impending apocalypse… Seriously, this happened.

As initially reported by LADbible, Orrin first popped onto our screens during an episode of Dr. Phil. For those of you who aren’t familiar with the concept of the show, it’s popular for bringing on a wide variety of, let’s say, unique characters. It was, of course, the birthplace of viral internet personality Bhad Bhabie.

In this episode, Dr. Phil questioned Orrin on their “cyborg predictions” and spoke to family members about their worries. Orrin’s sister shared, “When Orrin first told me he was a cyborg, I thought he was joking. I think that something is wrong with him.”

The cyborg also appeared on ApexTV, an online show that explores the paranormal and often features supernatural beings. In their appearance, Orrin explained that the world is “being kept down by a corporation. They are lying to us through marketing schemes and propaganda to hate ourselves, to divide us based on gender, race, sexuality, identity and preference.”

As one could expect, the video’s comments section did not seem to be buying it, with one user joking: “Hi, I’m a time traveller, I’ve come from 10 min 32 seconds in the future, I beg you to not waste your time watching this video.”

So with the internet still not believing in the message, Orrin took to their own YouTube channel. One of their first YouTube episodes was titled Cyborg Orrin – Welcome to the Matrix (Ep 1). The video, having amassed over 500,000 views, detailed Orrin’s purpose and reasoning for travelling back from 2050.

They stated, “Welcome, we are Orrin, a collective conscious and cyborg from the year 2050 sent by a higher civilisation to warn humans of the incoming apocalypse. Humans are writing their own destruction with things such as disease, famine, environmental disaster and the threat of technological destruction through AI.”

Their most popular series has to be their Day in the Life videos. Orrin is seen making sandcastles at the beach, using the swings at the park, sitting at bus stops and in one particularly thrilling video—getting their own cyborg dog! Orrin received the dog in a package and insisted that they would be “the first cyborg to try and domesticate a mechanical dog, while she is not the smartest we appreciate our canine friend.”

Episode two featured a trip to the supermarket. We got to experience first hand footage of Orrin navigating the food aisles and chatting with a fellow cyborg, aka the security bollard at the front of the store.

Now, as I’m sure you’re all thinking, what’s the catch? It turns out that Orrin the cyborg is actually an aspiring rapper who is embodying an online persona in order to gain traction for their music.

In an interview with lyricallemonade, Orrin explained, in their cyborg character, that they “used the vessel of real Orrin and his rapper persona to spread our message through the use of entertainment” and how “Orrin has always had an affinity for music and rhythm… He began releasing songs on SoundCloud when he was 15, developing an online fan base, eventually working with artists such as UV boi, SHAMANA, and Rejjie Hype.”

While some may question Orrin’s ‘methods’, it has to be said that cosplaying as a cyborg in order to grow an online following—all in pursuit of both a music career and the opportunity to spread a genuine warning in regards to climate change and social structure—isn’t exactly the worst idea.