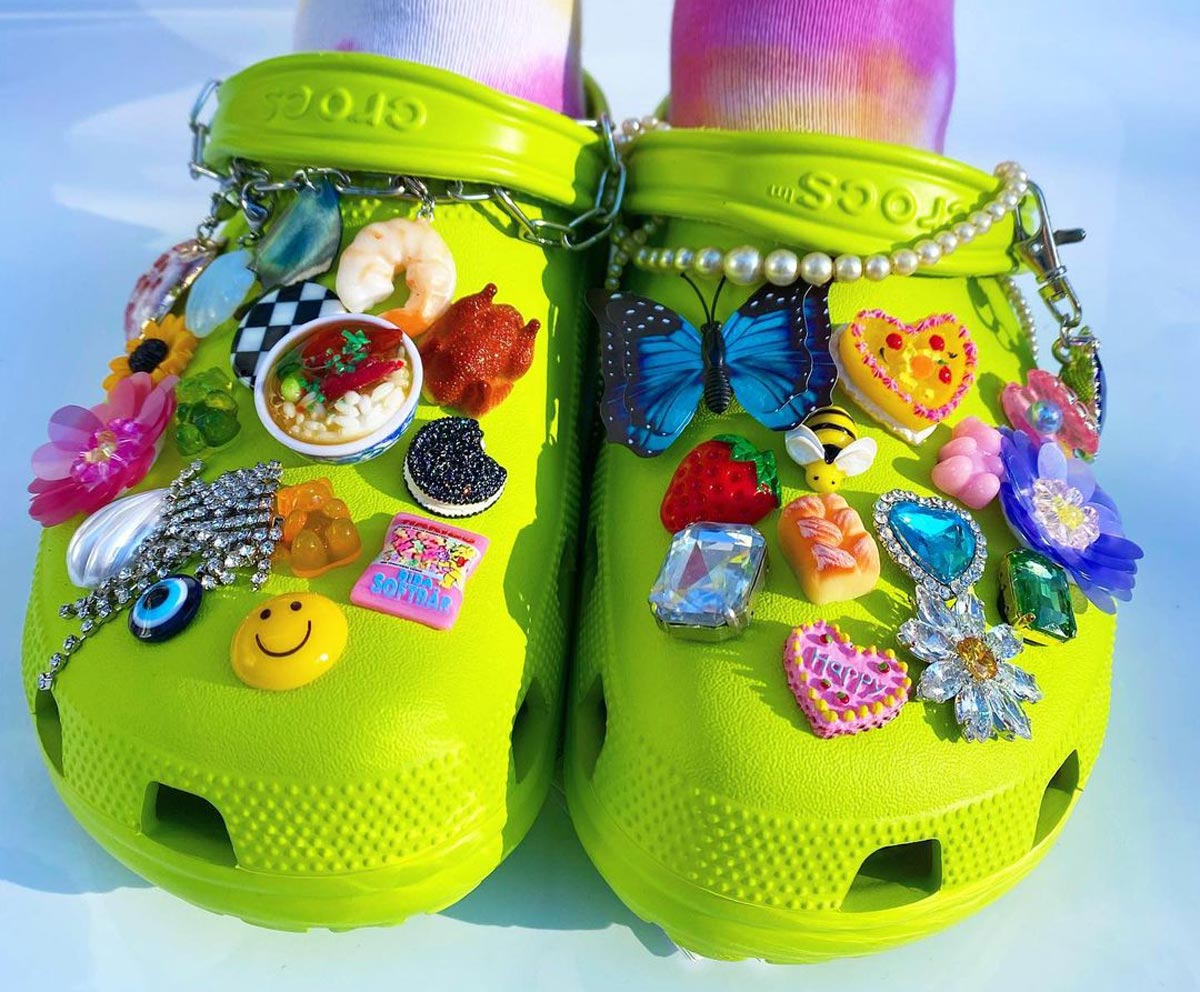 “You guys wanna start an aesthetic?” answered with “What do you have in mind?” is usually how conversations go down on Aesthetics Wiki’s Discord server before the rest of the world follows suit. Kidcore is one of the latest terms coined for the use of elementary colours, nostalgic prints and 90s inspired accessories. But all of this is mere secondary knowledge, which is why Screen Shot spoke to Blackcurrant Pop—the brand pioneering the aesthetic, one charm at a time.

At first glance, Blackcurrant Pop’s Instagram feed greets one with a coveted range of rings, necklaces and bracelets. Adorned with retro flowers, checkerboards, yin-yang signs and gummy bear charms, the brand’s relationship with the aesthetic then becomes apparent. Describing Blackcurrant Pop as “eclectic, happy and bright,” designer and founder Beth labels kidcore as a feeling, rather than an aesthetic.

“Kidcore is nostalgic,” she said, “It evokes memories of childhood—happy moments captured with bright colours, texture and sparkle.” Termed ‘the extreme extension of normcore’, kidcore is an intriguing cultural shift stemming from age regression. A report by Trend Hunter noted the shift as a response to the hypersexualisation of the fashion world and the embracement of youth culture by older generations, forcing millennials to dive deeper into the realm of comfort, function and simple design.

Beth backed up this fact by elaborating the deeper meaning behind the ‘aesthetic’ as a “release from the stress and reality of everyday adulting,” instead providing “a way of expressing parts of yourself through accessories, fashion and art.” Kidcore clothing and accessories hence target comfort as nostalgia for simpler times, doing so by channelising our 8-year-old carefree mindsets—thereby emphasising ease, both physically and psychologically.

When asked about the colours, prints and graphics associated with kidcore, Beth was quick to highlight the absence of rules when it comes to the aesthetic. For her, however, kidcore is all about bright primary colours, pops of pink and green, shiny hard plastics and resins. “Throw in glitter and stickers and you’ve really captured it,” she added.

Blackcurrant Pop was established way before the term ‘kidcore’ was coined. Subculture creation at the time probably featured a bunch of chairs pulled together in a dusty corner of a community library in sharp contrast to a bunch of usernames across the globe assembled on Discord today. When asked how she explained Blackcurrant Pop’s aesthetic to someone back then, Beth chose the keyword ‘awkward’ to describe the conversation she used to engage in.

“I remember describing it to my mum one day and was like ‘I basically want to bring back everything I loved and wore as a child but make it in adult sizes’.” Beth further listed 90s printed leggings, beaded jewels and jelly shoes as “defining pieces” in her wardrobe back then, admitting to “still loving them later in my life.”

Although many still don’t get the explanation of the aesthetic, Beth has come to terms with the fact that “style and taste are subjective.” She also acknowledged how explanations have become a “whole lot easier now that there has been a whole movement to back it up.” Currently, the founder uses the term ‘primary school chic’ to describe Blackcurrant Pop’s signature style. “It’s taking the elements I loved then, but making them wearable and current now,” she added.

Google searches for ‘kidcore’ have hit an all-time high. Nylon noted a 2,439 per cent jump in searches for the term on Etsy in just three months ending September 2020. With Pinterest reporting a 9 time increase in year-on-year searches for ‘smiley face nails’ and a 6 time increase for ‘butterfly eye makeup’, the aesthetic now has thousands of items and sellers on Depop.

During Blackcurrant Pop’s launch, however, Beth admitted to not having expected this level of reception for childhood nostalgia aimed accessories. Originally a trained footwear designer, Beth started making jewellery 4 years ago with the launch of her brand. She further detailed the design process behind each coveted piece, starting with physical materials and then building a prototype. “I’ve always been a natural maker but a pretty bad sketcher, so working with materials instead of sketching helps me flow better,” she added.

When asked about the factors taken into consideration before rolling out the next collection, Beth outlines the role colours play in her designs. “I love bold punchy colours so getting that bit right takes the most consideration.” Given its carefully-curated design process, it is of no surprise to witness Blackcurrant Pop’s charms being the hottest cult favourite of the brand.

“They evoke the very essence of Blackcurrant Pop,” Beth explained. “You can add them to necklaces, shoes, bags and more for true personalisation of your existing and new jewellery.” The “simple yet effective” idea behind these staple pieces are that they essentially “put power in the hands of the customer to design their own pieces and wear it their way”—a classic kidcore characteristic if you ask me!

No business can be left out in the whirlwind without analysing the damage or progress the present times are causing them. In terms of kidcore and Blackcurrant Pop, it so seems that the pandemic has provided much-needed acceleration towards success. “The pandemic has created that need for pops (excuse the pun) of happiness,” Beth said. “It’s like self-care—which I’m a huge advocate for—little pick-me-ups and happy boosts that you get from finding an accessory that really reflects ‘you’.”

“I’m naturally quite shy and keep to myself, but when I wear something that expresses my outlook, I instantly feel more confident.” Beth further sums up the impact of her pieces as “putting yourself out there without having to fully engage.” “The pandemic has left us yearning for happier times and childhood nostalgia, offering comfort when we really need it,” she added.

In the next ten years, Beth has her eyes set on expanding Blackcurrant Pop into different areas—with exciting collaborations in the making, mixing the brand’s DNA with others who she loves and admires. Along with her brand, Beth also preaches ‘childhood innocence’. “I think being a nice person is often undervalued so keep it really simple and be kind. Just be you, be confident in that and try and be the best version of you that you can be.” After all, isn’t that what we’ve always wanted to tell our past selves? 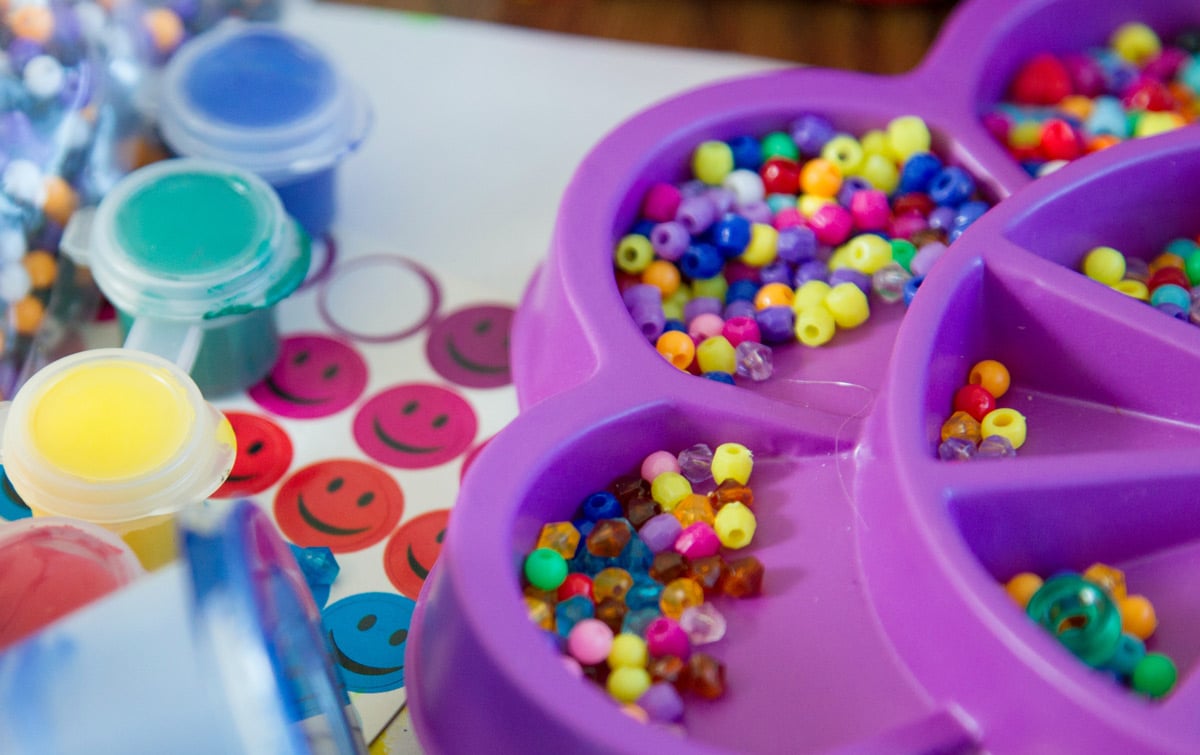