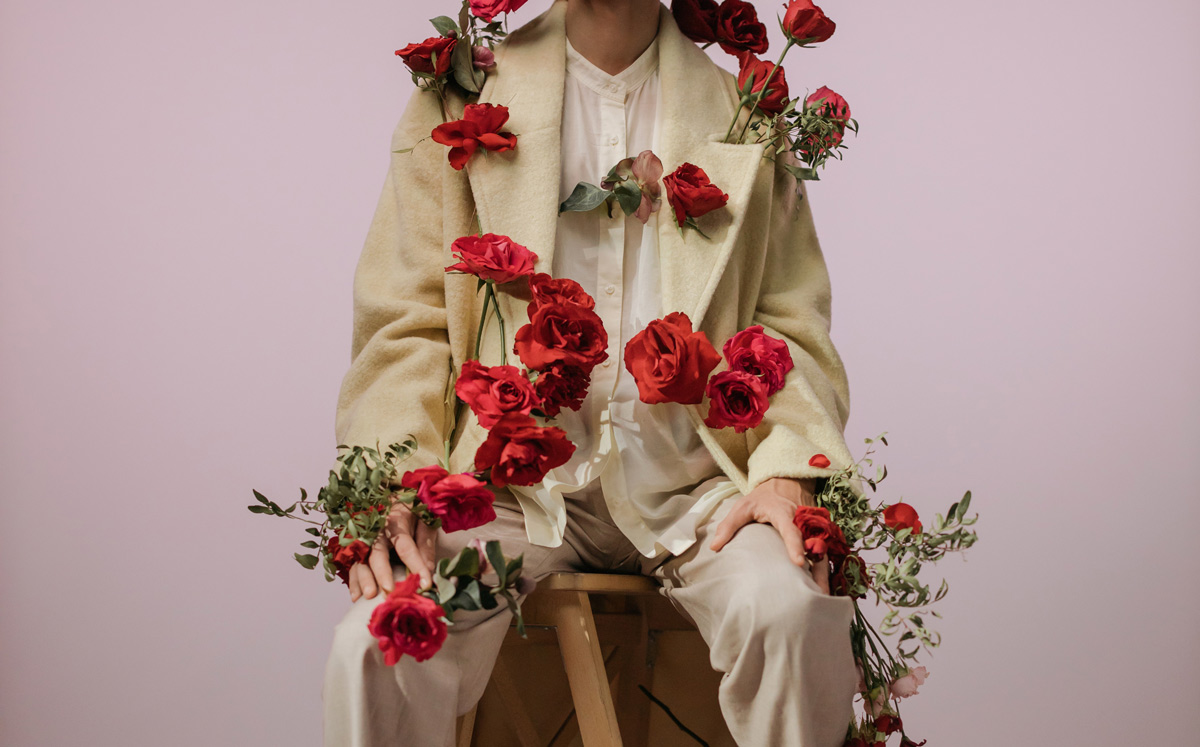 Lovecore is the wholesome internet aesthetic celebrating romance all year round

This morning Aesthetic Wiki’s Discord server was jam-packed with users trying to remember the name of an aesthetic that involves wolves and neon lights. As I played an invisible piano over my keyboard in hopes of flossing the term off from the tip of my tongue, I realised how we often define an aesthetic using multiple adjectives—not knowing that there is an entire community out there dedicated to channelling it. The latest on this list is ‘lovecore’. What we once used to define as “that lovey-dovey style” is now a full-fledged aesthetic with a cult-like following on TikTok and Tumblr.

In terms of visuals, lovecore is synonymous with bouquets, frosted cakes, candies, angel wings, stuffed animals and absolutely anything that is heart-shaped in tints and tones of red, pink and white. Frequent imagery also includes blushing anime girls with hearts for eyes. If this imagery intensifies, the aesthetic then gets looped into a subcategory called Yandere.

Lovecorists can be found donning a mix of lingerie, satin dresses, angel wings and formal date wear. Specific pieces in this regard are heart-printed garments and accessories, satin slip dresses, fitted turtlenecks and crop tops with feminine trims and details. If you are ever bestowed with the honour of dating a lovecorist, remember that they love baking, writing love letters, holding hands, cuddling and going out on fluffy dates.

The lovechild of romance and nostalgia

On TikTok, #lovecore has amassed over 15 million views with content creators on a roll to make it one of the most positive hashtags on the platform. Lovecorists here are often found baking cherry-laden cakes, giving room tours, crocheting heart-shaped mug rugs and suggesting playlists to channel the aesthetic as an entire subculture. Data from Google Trends for the search term ‘lovecore aesthetic’ picture a dynamic graph where lovecore has even witnessed peaks in July 2020—quite far away from the retreating showers of Valentine’s Day if you ask me.

Then there is Etsy and Depop. On the former, lovecore is linked to strawberry earrings, wigs, bubble blowers, Kandi lighter cases and brooches. Curated searches on Depop feature satin dresses, lacy corsets and Crocs charms—all dipped head to toe in a bucketful of hearts. A quick scroll among the 235 thousand posts under #lovecore on Instagram, on the other hand, would tumble you down a rabbit hole full of Sanrio’s famous characters.

From Kuromi to Hello Kitty, these characters are often featured as graphic motifs embodying the nostalgic love for an era rooted in self-love and positivity. This nostalgic obsession of lovecore with Sanrio characters is part of a broader movement towards childhood innocence and connections that is already engulfing aesthetics like kidcore.

Lovecore is all about feeling the love for the pieces you wear. Since hyper-femininity plays a huge role in the aesthetic, Betsey Johnson is essentially looped in as a representative. One of the most iconic looks associated with lovecore is Lirika Matoshi’s strawberry midi-dress, which Tess Holiday wore to the 2020 Grammys. Although it originally retails for $490, knock-offs costing no more than $20 are now available on Amazon for those looking to nail the aesthetic without busting their pastel piggy banks.

One of the most important aspects of lovecore is its versatility. The aesthetic can be both maximalist or minimalist depending on the wearer’s taste. One can either go full-blown Betsey Johnson with chunky charms and Hello Kitty hair clips or choose to keep it subtle with heart-shaped earrings tucked behind soft curls.

The appeal of lovecore is not just limited to fashion, it is also tapped as a medium of self-expression within the LGBTQ+ community. “I spent my entire youth hating myself and the concept of hetero romance didn’t interest me at all,” shared Tumblr user femmesweetheart, who runs a blog dedicated to the aesthetic. In an interview with NYLON, the 24-year-old admitted her obsession with love in all its forms after being a part of the LGBTQ+ community herself. For her, lovecore means baking heart-shaped cookies, listening to La Vie En Rose and wishing only the best for others.

Subgenres of the aesthetic

Lovecore is also known as heartcore, crushcore and cupidcore among its fanbase. However, the aesthetic should not be confused with angelcore or romantic academia even though they are backed with similar principles. In terms of its subgenres, lovecore can be divided into two:

Pagano lovecore focuses on the iconography of love in Greco-Roman mythology and the Italian Renaissance, rather than Christian traditions. Common motifs under the subculture include marble statues, doves, old jewellery and ancient love poems. Aphrodite, Eros and Adonis are the major figures present in Pagano lovecore. The subgenre also harbours an overlap with dark academia in terms of its obsession with ancient Greek literature.

Shakespearean lovecore has a heavy focus on the element of romance as depicted in the works of famed playwright William Shakespeare. Remember how I mentioned that lovecorists enjoy writing love letters? In this regard, the subgenre revolves around Shakespeare due to the common portrayal of romance in his works. Common motifs and values in Shakespearean lovecore include poetry, antique furniture, forbidden/tragic love and architecture depicted in the time period of his plays.

With all that said, lovecore can be concluded as a celebration in itself. A celebration of love—no matter the day, time or occasion. And in an era where even little gestures of love go a long way, the more the frills, the better.