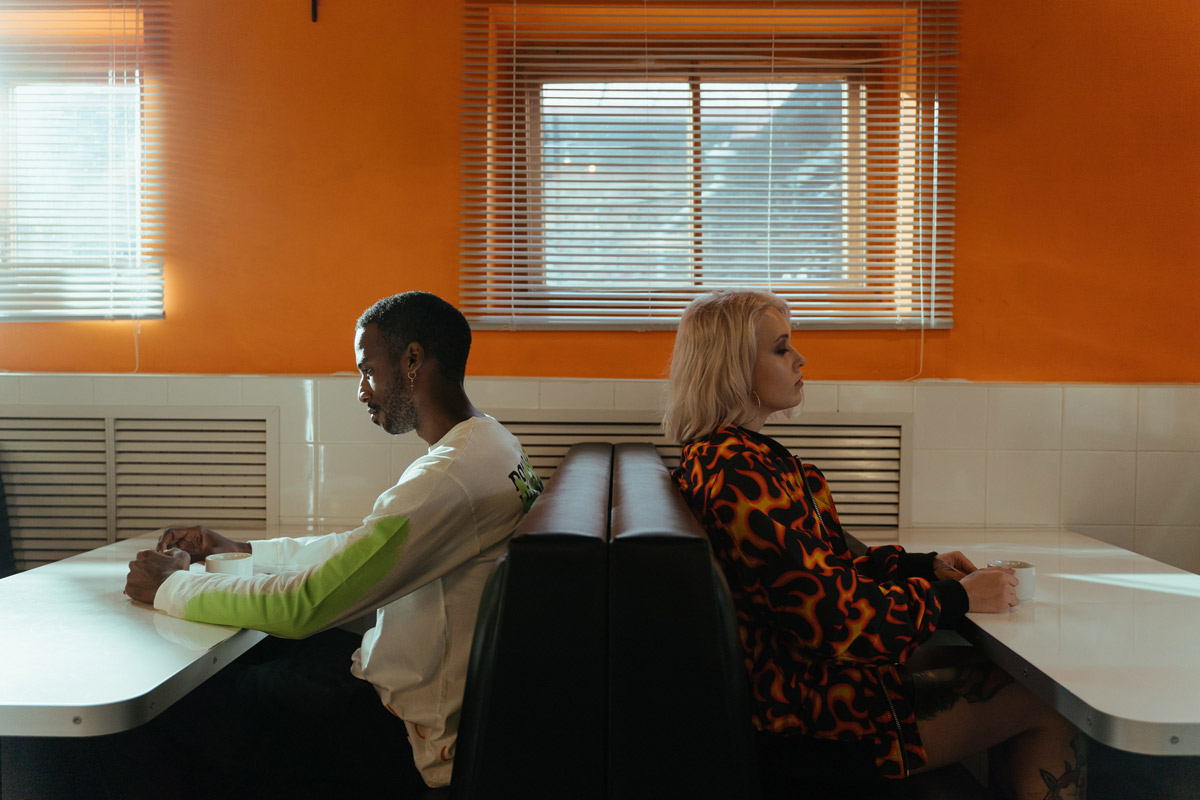 What features would the perfect dating AI app have? And what private data would people be ready to trade for a promise of a perfect relationship? In a recent study titled Love in the Age of A.I. Dating Apps, customer service platform Tidio surveyed 1,191 people in order to find the answers to these questions.

All in all, it’s not that surprising—putting your love life in the hands of smart machines is pretty daunting—but before we focus on how such a technology would be received by potential users, it’s important we look at how an artificial intelligence system would even be able to offer this kind of advice in the first place.

Gosia Szaniawska-Schiavo, the study’s author, explained that “dating AI is supposed to take care of all the small details for us. Tinder’s CEO, Sean Rad, stated that the AI will be the ‘great simplifier’ of matchmaking and ‘the future of the dating industry’.” Developing on exactly what kind of information the AI would need to be fed to come to the conclusion that your relationship was doomed, Szaniawska-Schiavo told MEL, “AI dating apps of the future could use information about a person to create a set of parameters, which the recommendations would be based on. For example, the engines could use a person’s historical data to predict the likelihood of the relationship being potentially successful. This historical data could be in-app user behaviour, such as historical matches, conversations that had gone hiatus and changes in the conversations (based on keywords and frequency of the conversation) that the AI could identify as a change of heart and, consequently, a potential threat to the relationship.”

And for it to access this kind of information, it would need to be constantly mining your messaging history and romantic preferences for data. Spooky, I know. But this is all theorised for short-term relationships formed on a hypothetical dating app. Unfortunately, when it comes to long-term relationships or those formed outside of an app setting, it’s less clear as of now how AI could ever offer breakup advice.

The main issue when it comes to using AI to spot red flags in a long-term relationship is figuring out how it could possibly be trained to make this kind of suggestion. Sure, it could use data from text exchanges or even ask the person using the service to feed it information about the relationship that’s being analysed, but neither of these are reliable enough methods in order to get the full picture of a relationship. In turn, it isn’t reliable enough for an AI to advise whether it should end or not.

Let’s pause and think for a moment. If you were to use this AI dating advisor, chances are, you would most likely inform it of the negative aspects of your relationship as opposed to the positive ones. This would mean that its perception of your coupling would be biassed from the get-go. In order for it to truly get both sides, it would need to be granted access to texts, calls, as well as your phone’s microphone—an invasion of privacy that is, without a doubt, frowned upon (at least for now that is).

When MEL posed the question of how this AI could be trained to offer unbiased advice to potential users on the r/ArtificialIntelligence subreddit, one Redditor came up with this solution, “There’s a psychologist, John Gottman, who studies relationships, and he can supposedly predict the long-term success of a relationship based on how the couple fights.”

“Certain behaviours (he calls them the ‘Four Horsemen’) show that a couple won’t last,” user Ella_surf continued. “So you could potentially use recordings of lots of couples fighting, see which of them are still together 10 years later and then train an algorithm on this. If you combine your vocal text analysis with some intonation analysis, and maybe even video/motion capture for some body language analysis, I wouldn’t be surprised if you could get some decent predictive power.”

Though this option seems to make sense on the surface, it also comes with countless logistical issues that could take years to solve. Furthermore, even once fully developed, trusting an AI with such emotional and therefore inconsistent data as a measurement of the ‘success’ of one’s intimate relationship will never be considered fully accurate.

“This whole approach to classifying and predicting people’s behaviour is based on the assumption that love—which is a strong emotion in itself—could be found based on rules and logic,” explained Szaniawska-Schiavo to MEL. “To put it simply, the AI will be 100 percent trustworthy only in its own paradigm, which is purely based on ‘if this, then that’ logic. For example, if the AI would be programmed to recommend a breakup because our match, let’s call them person X, already connected to similar people like us, and then stopped having conversations with them after a few meetings—would that be a trustworthy recommendation for us? It could be seen as logical. However, we have to remember that finding love is not always logical.”

Whether or not we do end up seeing this dating technology come to life one day, it’s already clear that it will face many barriers while on its way to becoming mainstream. And even if it does become customary, usage when it comes to matters of the heart remains doubtful. 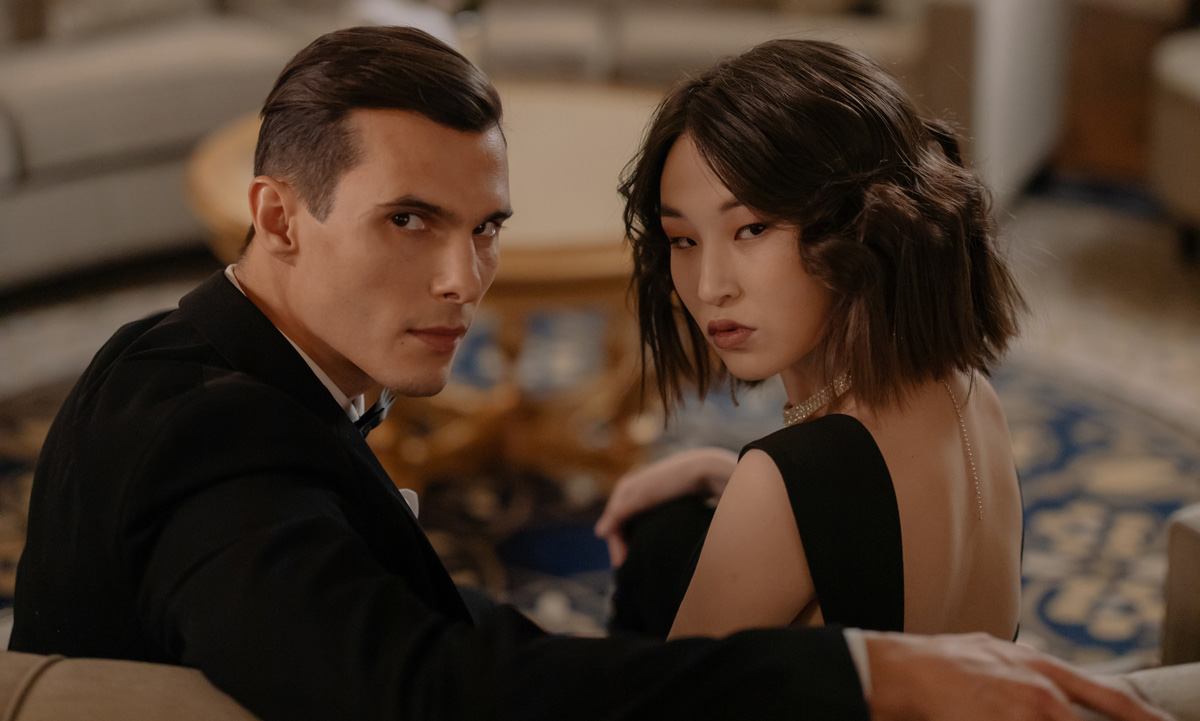 Remember the time dating apps were filled with unsettling gym selfies and B612-filtered photos as profile pictures? They were once what anime avatars are to Discord today: huge turn offs. Over the past few months, however, non-fungible tokens (NFTs) have been gripping every single social media platform under the sun—including the likes of Tinder and Bumble.

Sure, those who hold the original proof of ownership of an NFT are bound to flaunt them around. I mean, that’s the entire purpose of the digital assets in question. But when NFTs make their way onto dating apps, where first impressions often hinge on a bunch of photographs—or maybe even a meta selfie or two—they’ve proven rather unsuccessful in capturing interests and sustaining conversations. If you’re having a hard time believing these claims, here’s documented proof:

But fret not, blockchain bros and crypto queens. Just like meme-based dating app Schmooze and ateam for fitness enthusiasts, there’s a new matchmaking app exclusively designed to connect NFT owners from across the world. Meet the Lonely Ape Dating Club.

Created by Year 4000 Labs, a ragtag team of hackers and NFT collectors interested in integrating crypto and Web3 into the dating space, Lonely Ape Dating Club is hailed as the “first NFT-focused dating app”—starting with avid enthusiasts of the Bored Ape Yacht Club (BAYC).

Here, users will be able to connect their crypto wallets and earn tokens for swiping through and engaging with matches. Apart from this match-to-earn feature, the app lets you shrink the dating pool even further by filtering potential partners based on the net worth of cryptocurrency and NFTs held in their wallets. You can also grab the attention of other potential lovers by sending them tips in crypto and show off other metrics on your profile. For example, you could choose to flaunt your track record of ‘diamond handing’—a slang term for investors who refrain from selling an investment despite downturns or losses—your NFTs, along with your personal net worth and portfolio.

While the Lonely Ape Dating Club currently has a waitlist where you can sign up for early access—with your email, wallet address and gender—the impact of the matchmaking app remain to be seen. Will it really be a meaningful place to find love or just another platform for blockchain bros and crypto queens to argue which NFT makes a better long-term investment?