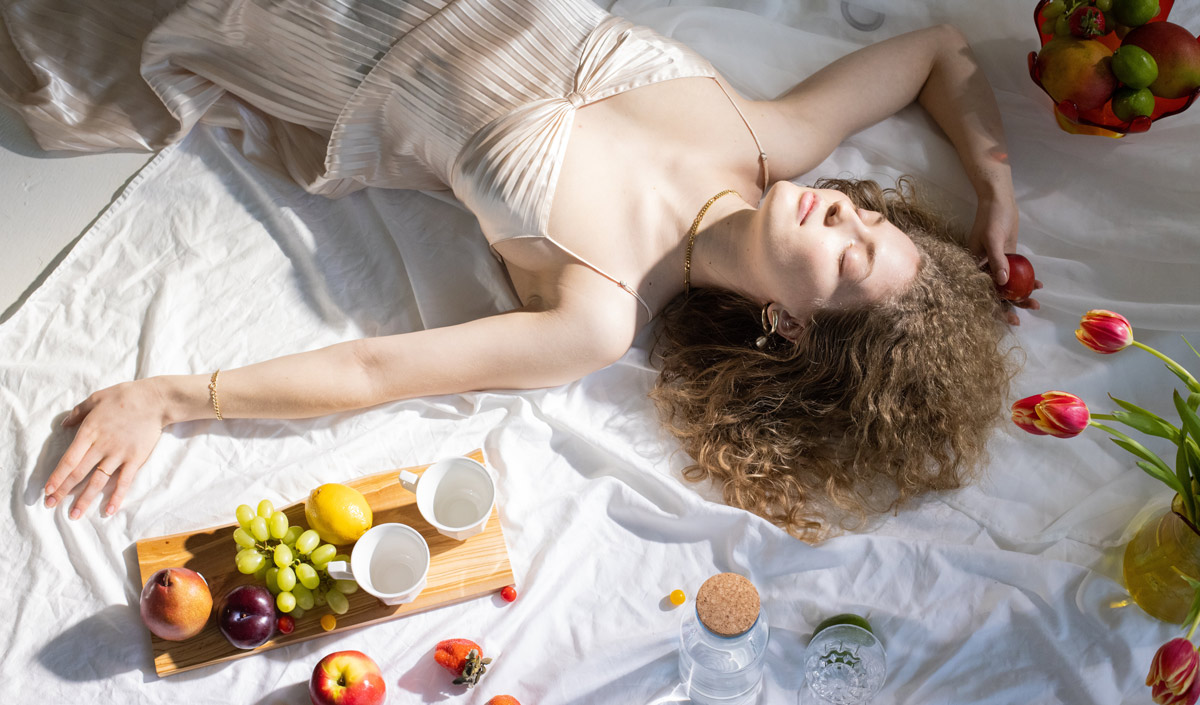 Inside the subconscious world of reality shifting, a TikTok trend visiting parallel timelines

It’s 2013 and you’ve breezed through your weekly dose of Harry Potter without a broken back. You then sneak into the family room to catch up on some PotterXMalfoy fanfiction on Wattpad—only to carry memories worth revisiting at the breakfast table the next morning. Eight years later, you’re still hung up on the characters, but instead of daydreaming you now have a 30-page script, a subliminal playlist on YouTube, proper hydration and a night-time routine. Introducing reality shifting, a meditative practice that literally slides you into the glass slippers of ‘your name’.

What is reality shifting?

Reality shifting is a practice where you switch your consciousness in order to access a parallel timeline of your life. Think of it as the physical version of ‘daydreaming’. You enter an alternate dimension and experience life just as real as the one you currently reside in. The practice relies on the assumption that there are infinite realities in this world, ones you can choose to actually enter by channelling your awareness. Although reality shifting appears to be a combination of meditation, astral projection and lucid dreaming, ‘ShiftTok’ disagrees.

With close to 2 billion views on #shiftingrealities and 751 million on #realityshifting, the platform is undoubtedly obsessed with the practice. Users gathered on ShiftTok are seen role-playing their own experiences, busting myths, giving out tutorials on different shifting methods and venting about mental blocks hindering the process. Some of the most popular timelines, also known as Desired Reality (DR), among users include Harry Potter, The Vampire Diaries, Twilight and the Marvel Cinematic Universe.

Although there are various shifting communities on Amino and Reddit, TikTok seems to be the major hub dedicated to the practice. Shifting tutorials on the platform guarantees users a first person tour of Hogwarts with Draco Malfoy as the student guide. Oh, did that peak your interest? Here’s the typical process of reality shifting, brought to you by the bottomless abyss of ShiftTok:

First things first, it’s always suggested to shift during your sleep at night to avoid any disturbances. Before heading to bed, make sure to shower and have a decent night-time routine. You don’t want to show up on Thor’s doorstep smelling like a foot-long Italian BMT. Another advice ShiftTokers seem to stress on is hydration. Binge on your water bottle (generously) throughout the day you’re planning to shift. Both self-care and hydration are essential steps to wash away all the stress you’ve accumulated during the day. Remember, you need to rid yourself of all ‘mental blocks’ and relax for this to work. Once you’re all prepped, grab one of those many journals you’ve purchased just for the aesthetic and help it fulfil its purpose in life.

Before we get into scripting, let’s revise the definition of reality shifting. It’s a practice where you switch your subconsciousness to access alternate realities of your choosing. Meaning, you are ultimately in charge of your Desired Reality (DR). This level of autonomy fosters endless possibilities. You decide whether or not you want Hermoine to sport duck nails or speak Simlish in your timeline. You can also choose to give yourself incredible pain tolerance and opt not to bring back the trauma you might experience in your DR into your Current Reality (CR).

The best way to design your own DR is by scripting it. While some shifters write scripts that detail everything they want to happen in their alternate timeline, others prefer saying it out loud. Although there is no specific format, one side of ShiftTok is seen sharing templates for physical scripts. These templates require you to list the details of your personal appearance along with everything else around you. You can choose a different name, age, gender, skills and personality for yourself in your DR. On TikTok, some shifters admit to spending months perfecting their scripts before shifting. They also suggest scripting yourself as someone who won’t get pregnant or have periods unless you want to. Sky’s the limit in your DR.

After scripting your characters, it’s time to draft the scenarios you want to transport yourself into. Although most ShiftTokers admit to engaging in their deepest desires of “railing Draco Malfoy,” others have a specific scene from a TV show or movie that they want to live out in real life—be it fighting wolves with Thor or blood-edging Edward in that iconic biology class. You can alternatively conjure up your own scenarios. How about detention with Harry Potter himself?

Once you’ve perfected your script and scenario, make sure to read it thoroughly before shifting. This will help imprint the details onto your subconscious. You can also choose to paste relevant images into your scripting journal for visual reference.

Next up is choosing the right shifting technique to access your DR. Now, this step could take multiple trial and errors to perfect—majorly because there are tons of options to choose from. The most popular ones, however, are the ‘raven method’ and the ‘Alice in Wonderland method’.

The raven method involves laying on your back in a starfish position—making sure that your arms and legs don’t touch each other. Then begin a mental countdown to 100 and repeat a list of affirmations every 10 seconds. Once you finish counting, visualise your DR until you fall asleep. The raven method is a sleep method, meaning you wake up in your DR instead of your CR. The Alice in Wonderland method, on the other hand, requires the shifter to visualise themselves running after a person from their DR and jumping down a rabbit hole with them to access the desired timeline.

Other shifting techniques include the cloud, ballroom, Sunni, Estelle, Coraline and the in your arms method to name a few. All of these techniques essentially work by putting your body to sleep while remaining conscious.

Many shifters also listen to specific music called ‘subliminals’ to help with their shifting. According to folks over at r/shiftingrealities, subliminals are “videos or audios of a collection of affirmations either sped up or lowered past an audible level and layered over some other noise, usually music or ambience like rain.” They basically combine music with affirmations to help you shift. One handy tip exchanged among ShiftTokers is to check the comments section before putting on a random subliminal playlist. This helps ensure that there are no negative affirmations as well as providing you with case studies of those who have successfully shifted to the playlist.

Some of the ‘symptoms’ of shifting into your DR include bodily tingles. The key here is to not wake up too soon. Otherwise you might just be stuck in your CR instead of shifting. Once you’ve successfully shifted, however, you can choose to return using certain safe words. And if you are worried about forgetting your phrase, you can always script your character in a way that you never forget it!

Warwick also likened the role of a script to creating a guided meditation or working with an active imagination. However, she also pointed out how these experiences can be different for different individuals. “For the vast majority, the current trend is simply the next iteration of our relationship to altered states—enjoyable and seemingly magical—but I would urge a sense of caution,” she said. According to the therapist, key indicators to seek mental health support would be if the shifter experienced anything that created fear for them, or challenged their belief system regarding what we could refer to as ‘consensual reality’. “Also seek help if there is any ongoing drifting into altered states outside of intended shifting sessions,” she added.

Thankfully, Warwick pointed out that “the vast majority” of shifters have a good experience. She added how shifters can return to their current reality “[feeling] revived and energised by an experience that fitted with their belief system and experiential limits.”

From Hogwarts to New Orleans, reality shifting plays on the concept of escapism that has been triggered by the pandemic. It has also created a new kind of divide on the platform, with some stating how we might just be characters on someone else’s script. If that’s possible, I guess the person who scripted this DR forgot to specify the end date to a global pandemic.