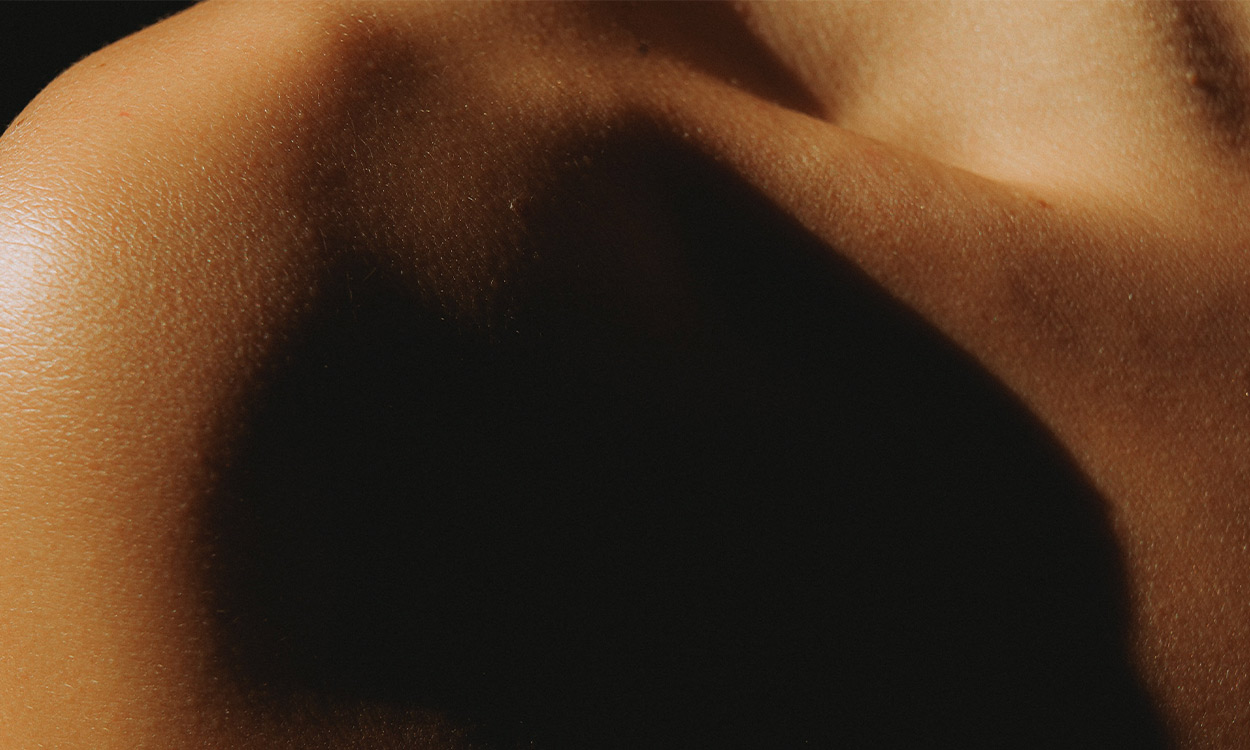 ‘We’re not here to judge your art’: It’s official, Tumblr is reintroducing nudity on the platform

For me (a gen Z netizen who practically spent all of her teens scrolling for moody and explicit content on the internet in order to escape the humdrum of the Disney channel) and so many others, Tumblr represented an entire youth movement. It was a nostalgic black hole, filled to the brim with dip dye hair tutorials, black and white faded phone case images, and a lot of The 1975 tour merch.

One of Tumblr’s most unique—and controversial—features was its acceptance and propagation of explicit content. Among the grunge aesthetics and bleeding flowers was a much saucier underbelly of the online platform—one that gave way to a wave of identity expression and experimentation.

As Paper noted in its analysis on the rise and fall of the ultra-personalised website, “everything that happened on the platform was an elaborate in-joke that served to infuriate outsiders and make those involved feel a part of something. It spawned its own absurdist, often seemingly nonsensical humour.”

This all came crashing to a firm halt in 2018, however, when Tumblr announced a site-wide adult content ban. The decision was met with immediate criticism, not only from the platform’s dutifully loyal community, but also from netizens everywhere who viewed the move as inherently contradictory to what Tumblr ultimately stood for: creative expression.

To summarise, the content ban, as explained by Tumblr itself to The Verge in December 2018, “include[d] photos, videos, and GIFs of human genitalia, female-presenting nipples, and any media involving sex acts, including illustrations. The exceptions include[d] nude classical statues and political protests that feature nudity.”

The aim of the ban was, of course, incredibly necessary in its purpose: to purge the site of child paedophilia and overtly sexually explicit content which could be harmful to users. However, it ultimately had a devastating blanket effect, silencing beloved blogs and users who were utilising the platform in a sex-positive and community-affirming way.

Rather than celebrating Tumblr for encouraging millennials and gen Z alike to explore social justice, LGBTQIA+ communities or feminism, the platform became known as something far more sinister.

The new policy had an instant impact. After the ban took effect, Tumblr lost almost 30 per cent of its page views, as reported by Mashable. The controversial move also massively impacted the website’s Google ranking. In November 2018—the month the ban was announced—Google ranked Tumblr at 100, or the “people popularity for the team.” However, by March 2019, Google listed interest in Tumblr at only 34.

When the ban first went into action, one Reddit user shared: “Tons of artists that I follow are leaving Tumblr because of this. And these aren’t just like 14-year-old artists, but actual people that work in illustration and animation industries. This automated system is SO BAD—definitely designed to fail. My feed is flooded with people posting the dumbest shit as flagged, and are telling people to follow their Instagram and Twitters instead.”

“This move will kill the artist movement on Tumblr, something that was dwindling over the past couple years anyway. Real shame, because it was actually a really great place to view content,” they continued.

The general consensus online was that the users who were most harmed were creatives or artists who produced NSFW content, while those who utilised the site for harmful or predatory reasons faced lesser consequences and simply moved to other nefarious sites to consume illegal media.

Nudity is back on Tumblr

Things, however, have now taken a turn. After a rather frosty and lacklustre four years, Tumblr has officially doubled back on their approach to sex-positive and nude content on the platform.

On 1 November 2022, the platform updated its community guidelines and released a statement, reading: “We now welcome a broader range of expression, creativity, and art on Tumblr, including content depicting the human form (yes, that includes the naked human form). So, even if your creations contain nudity, mature subject matter, or sexual themes, you can now share them on Tumblr using the appropriate Community Label. Visual depictions of sexually explicit acts remain off-limits on Tumblr.”

This new move will hopefully allow for greater self-expression among artists and users on Tumblr, while still banning harmful and overtly explicit sexual content.

It should also be noted that since resident “free speech absolutist” Elon Musk bought Twitter—aka the internet’s sounding board—masses of users have exited the site. A number of celebrities have left the platform after reportedly having seen a massive increase in hate speech. According to The Guardian, many ‘tweeters’ are also worried about losing the Twitter community they hold close. That being said, they also stated that they would consider looking for different options if need be.

So, with Twitter losing users at a rapid speed, are we on the verge of witnessing a triumphant Tumblr renaissance? Only time will tell. 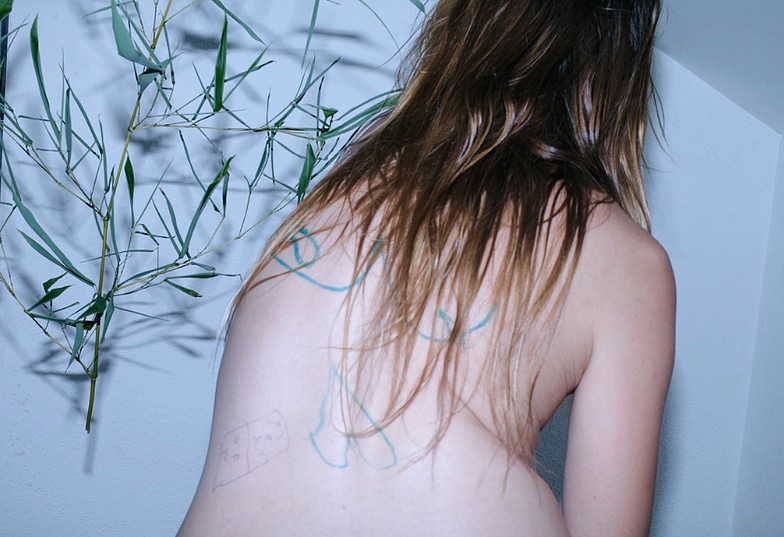 Tumblr’s culture was oddly contrasting when it emerged on the scene several years ago. It resembled characteristics of MySpace, provided anonymity to users and spurred cultures of fandoms across groups of strangers. The important and differentiating factor about Tumblr and millions of users was that whatever obsession and passion (sexual or not), there was a group for you within it. Whether that was the intention of the company founders or a freak result due to the platform’s structure, Tumblr always differed compared to other mainstream platforms.

Even in terms of demographic, the company’s user base differed when compared to others. Yahoo in a 2017 study stated that there were about 100,000 producers of sexually explicit content on the website, and of that, approximately 30 million users engaged with the content. Interestingly, the report found that 68 percent of these consumers were in fact female and that the average age of these consumers was over the age of 26. In a world dominated by male-centric adult content, it’s important to note that Tumblr provided for its audience in ways other companies have failed to.

Recently, the company officially made a decision to ban “photos, videos, or GIFS that show real-life genitals,” as well as “female-presenting nipple.” Funnily enough, even though it’s evident that the company is tackling porn on their pages—the word itself is not mentioned once in the public statement. The current CEO stated in turn that the website was a space for freedom, creativity and a platform to express things like sex positivity and art. However, the company’s latest form of censorship leaves it near impossible for many users to express any forms of sexual positivity, thus destroying an outlet that provided LGBTQ+ communities, sex workers and everyday individuals an outlet for things as simple as forums discussing things such as transitioning, sexual discoveries, struggles or celebration of adult content, whatever the fetish.

The decision—which shocked and angered many—was said to have been in the works for some time now, even though what seems to have pushed the company was Apple’s recent decision to remove the app from its store after child pornography was discovered on the application. But even prior to the scandal, when Verizon bought Yahoo (which had bought Tumblr a few years prior), the company introduced a “safe mode” for the application. The feature provided users with an option to filter out what was deemed sensitive information from their own dashboard, but almost immediately after the feature was introduced, users noticed that non-explicit content was instead being filtered out, and amongst that, large amounts of LGBTQ+ posts.

The adult content on the site has for years catered to demographics that usually are either underrepresented, never primarily considered or completely ignored in the world of online adult content, forums and communities. The message consistently being declared is that there is only one type of sexualised world supported by the internet, and it is white, male, and straight. I am in no way stating that the horrible events that take place online involving child pornography and trafficking are justifiable—there need to be solutions to make the internet safer from these criminal acts. However, the decision to eliminate entire communities off of the internet (which let’s be real, have irreversibly become intertwined with education, sexuality and expression) feels enormously intruding. It’s also a reminder that digital aspects of our lives, which we hold dearly, can be easily taken away.

The good news is that it is unlikely that Tumblr’s decision will leave users without safe platforms for too long. With such an uproar from the online world, it’s evident that there is a need and a demand for these safe spaces, and that users will be more than happy to move somewhere else. From a business standpoint, maybe it is time to start questioning why there’s such a largely untapped market with no businesses truly moving into this area. There’s a need for a platform like this—one that’s inclusive, progressive and safe; one that doesn’t group child pornography and non-consensual sexual acts with adult content, nudity and sex positivity for marginalised groups of people.