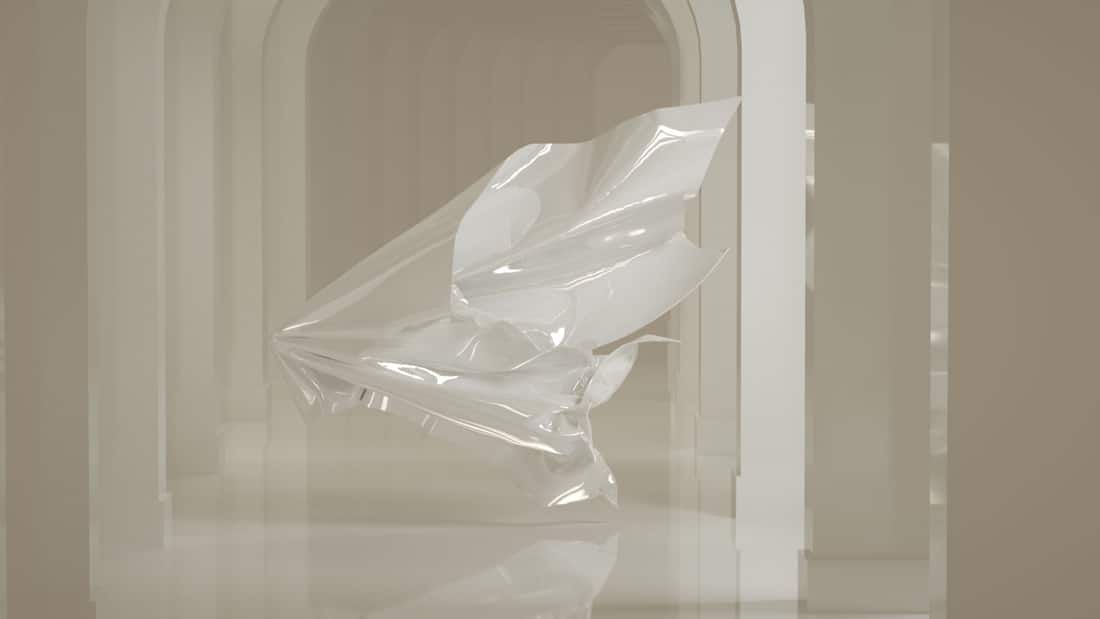 The history of gaming is a long and complicated one, but the last few decades have seen a transformation happening because of the video game industry—specifically, as a result of personal computers, video game consoles that have become more affordable over time, and due to the growth of video games with a whole range of player modes and storylines. Since they’ve spread into the average home, becoming more than just a past time for nerds to play in their basements, they’ve also been the subject of much enquiry, hand wringing, and frustration from concerned academics, parents, and politicians who wonder whether they are ‘corrupting’ young minds. Last week, a number of investigations found that there may have been some merit to those worries, just not in the way you might think.

Loot boxes and purchases within video games have become contentious for as long as they’ve been around—some argue that they waste people’s money, others argue that they’re a negative influence on young minds developing impressions about the world around them. One step further are the criminals and masterminds who are using virtual money to launder real money, which almost sounds like the plot of a particularly uninspiring video game.

The Counter-Strike: Global Offensive game, which was initially launched in 2012, had more than 18 million unique users per month. Run by the gaming company Valve, Counter-Strike: Global Offensive pits players against each other in two teams. The basic structure is that they have to protect certain objects, try and garner loot and winnings, while eliminating the other team at the same time. During this time, gamers could earn loot boxes, but in order to open them, they had to buy a key from Valve. But this was only possible through their internal Steam marketplace, using real money. Boxes and keys were tradeable on the Steam marketplace.

A Vice investigation found that the majority of transactions that were taking place in this way were actually part of a worldwide, completely real fraud network. As a result, nearly all of these transactions were identified as fraud-sourced, where criminals were using them as a money-laundering marketplace. Counter-Strike: Global Offensive was previously in the news for financial related misdeeds, when two very popular streamers encouraged their fans to bet on certain cosmetic upgrades and attributes in the game, without divulging that they would benefit financially as a result.

In order to launder money through a video game, a few different things have to happen. Cybercriminals hack into accounts, often unprotected or without two factor authentication, and are able to use strings of numbers of stolen credit cards to purchase in-app money. These items and currency can then be re-sold in an online grey market for a fraction of the price, but because it’s difficult to identify fraud before it happens or proactively stop these mechanisms, game publishers and those in the games companies themselves only become aware of these transactions after the fact, usually months later. At this point, it’s often impossible to catch the initial fraudster, who may be able to re-start this process (or already has).

Since then, Valve said it will be shutting down its online marketplace in order to stop such fraudulent practices from proliferating further, although it has also admitted that legitimate transactions may get caught up in this loop.

But loot boxes and gambling in video games have continued to be a source of suspicion. In January of this year, an article in Slate found that cybercriminals were using the in-game currency to launder money. This article found that such criminals were using stolen cards to buy V-bucks, the Fortnite currency, en masse, before they sold them in bulk amounts, and for cheaper, on the internet. These kinds of scams were happening around the globe, potentially made easier by the rise of platforms like Twitch, which enables video game players around the world to stream and play video games together, and also makes it easier for people to find new audiences around the world.

While Valve dealt with the problem quickly, and efficiently by shutting down the entire marketplace altogether, this might not have been so easy for smaller game developers, and it’s likely that they’ll see the ramifications in terms of user satisfaction. So, whether you are a gamer or not, watch out for your credit cards. 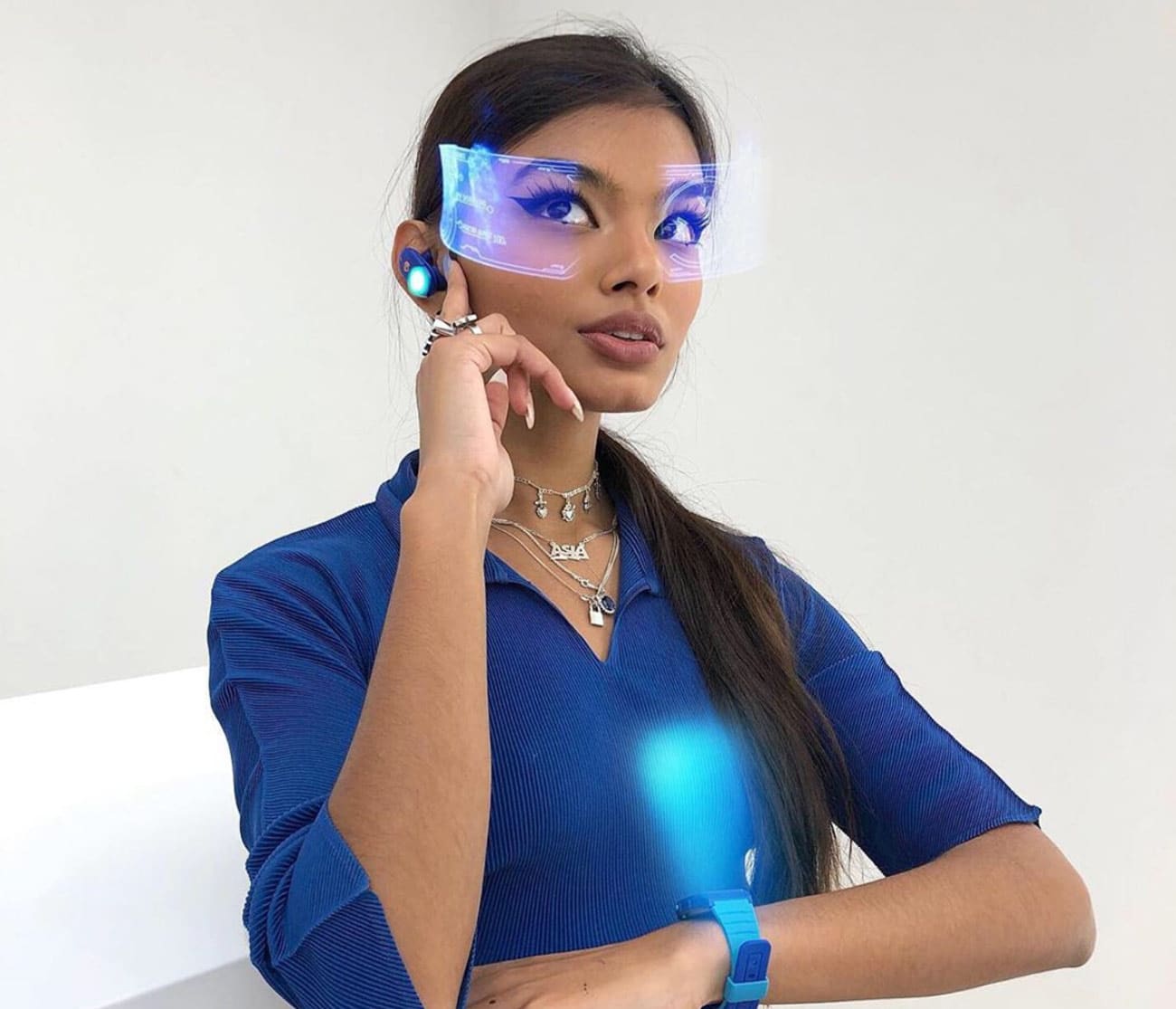 Good to know: Jasmine aka @jasmine.asia—gaming, fashion and all things digital

Jasmine Asia, aka @jasmine.asia on Instagram, is a London-based model signed with Anti-Agency, a tech enthusiast, and a gamer redefining all stereotypes of what it means to be one. Screen Shot spoke to Jasmine about her career in both the fashion and gaming industries, how the two are connected, whether bringing AI in fashion is taking it too far, and what she hopes the future will bring for these industries.

“I’m not a professional gamer as of yet, but a lot of people think I am, which I think is really funny.” Like many of us, Jasmine’s passions in gaming began through gaming websites such as Club Penguin, and she jokes about having been “glued” to her family’s PC ever since. From there on, she has been working towards going pro. “Gaming in itself is a whole other world, it’s kind of like fashion—you can’t just instantly be the creative director of a house that quickly, and with gaming, it’s the same,” Jasmine adds. She hopes for a bright future for the gaming industry, and that the U.K. will have a bigger role in it, becoming one of the countries where the industry can thrive in, as at the moment the industry is strongest in the U.S., China, Japan and Germany.

“I feel like I need to establish myself as a personality in the gaming industry,” says Jasmine when asked about her experiences as well as the challenges she faces while trying to make it as a professional gamer. Since the 1990s, female gamers have commonly been regarded as a minority, and only within the last decade did women start to make up half of the gaming industry—but of course, like in anything in this world, sexism is still very much prevalent, with the industry being incredibly sexualised. However, Jasmine feels that, in her experience, the majority of gamers now are respectful toward women—with the few exceptions here and there.

To non-gamers, people within the gaming industry appear to be portrayed through a certain inaccurate and outdated stereotype (lazy, secluded or socially inept). Jasmine is breaking these stereotypes. “People think if you want to do [fashion], you have to get away with the [gaming], and that’s not the case”—with an already successful career in fashion, she doesn’t see this as a barrier for her to be taken seriously as a gamer, nor does she feel she needs to stick to the status quo, believing that gamers “make a judgement based off how passionate you are”.

In fact, there is already a direct link established between fashion and gaming. Just this week, Louis Vuitton unveiled plans for a partnership with League of Legends to design items and garments in both the game as well as the real world. H&M, too, is creating a campaign around gaming, and iconic games like the Sims have had a long history of collaborating with brands like Diesel, and releasing a new Moschino collection earlier in August. So if you can’t afford to dress in the latest fashion, at least your sims can. Vice versa, the Sims actually inspired one of Moschino’s capsule collections too. These connections remind us that digital clothing is only just beginning, but why the sudden demand to go digital?

Digital clothing is a new trend phenomenon, and yet people still seem to have mixed feelings about it. Screen Shot has previously spoken about digital clothing in relation to sustainability, we spoke to 032c’s Maria Koch about the company’s plans concerning a digital collection, and we’re constantly questioning this new fashion concept. “Honestly, I prefer wearing real clothes,” says Jasmine. But her appreciation for digital clothing and the rise of this industry is seen in a shoot she did for i-D earlier this year. For the digital editorial, she was captured in underwear until the digital clothing was applied on her later, through editing. While digital clothes serve as a great opportunity for the perfect Instagram outfit, as well as being environmentally-friendly (after all, they don’t really exist), this experience showed Jasmine that digital clothing, perhaps, is not as practical as it is ought to be. “I don’t think people will sacrifice their love for luxury because the planet is dying.”

And yet, Jasmine still wants to escape reality, with one of her main goals being an appearance in a video game, “I think that would be my big dream: to have a highly developed game in which I am the main character.” In one way or another, many of us are turning digital, so Jasmine’s desire to do so through a game, which also happens to be one of her main passions, is no surprise.

Jasmine being a professional model, we also spoke about the sudden emergence of AI models such as Lil Miquela and Yona, and how this will affect real, human models working in the fashion industry. “It really does push the question of what is considered perfect digitally—if you are going to have an AI model I’d prefer it was something completely different, like a mythical beast.” And if you focus on Miquela’s features, she is still a conventionally attractive girl. Jasmine points out that “Miquela is a brown girl,” and that instead of casting real humans, brands choose to work with someone who doesn’t really exist. Perhaps it is time we call out some aspects of AI in fashion.

“Rocket boots, rocket backpacks, hoverboards… I just want technology that doesn’t exist yet. Things like phones and apps are boring, I want physical stuff,” jokes Jasmine when asked what type of tech innovations she wants to see in the future. Until these come, keep an eye out for Jasmine and the waves she’s creating in the gaming and fashion worlds.