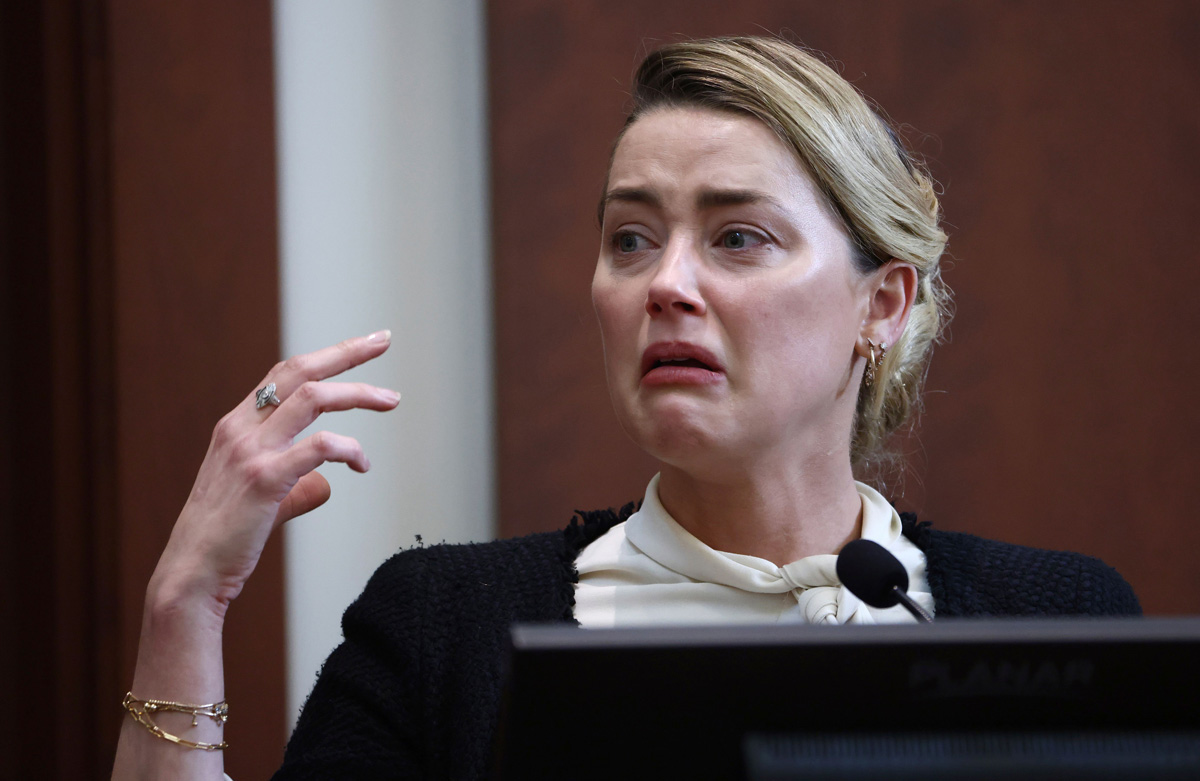 Johnny Depp forced Amber Heard to perform oral s*x on him when he was angry, says psychologist

Since the beginning of the highly publicised Depp versus Heard trial, the Virginia court—along with the rest of the world—has heard many testimonies about Heard’s behaviour while she was married to the Pirates of the Caribbean actor. And it’s now Heard’s defence team’s turn to bring people onto the witness stand and testify about Depp’s behaviour from her perspective.

That’s when Dr Dawn Hughes, a clinical and forensic psychologist as well as an expert in domestic violence, revealed to the court what Heard told her in regards to Depp’s alleged “drug-fuelled rages.”

“When Mr Depp was drunk or high, he’d throw her on the bed, rip off her nightgown, and try to have sex with her. There were times when he forced her to give him oral sex when he was angry,” Dr Hughes stated. “These weren’t in loving moments. These were angry moments,” she added.

It should also be noted that the expert interviewed Heard for 29 hours, according to Insider, and reviewed court transcripts, notes taken by Heard’s previous therapists, interviews with therapists and reams of other records.

Dr Hughes also spoke about one alleged incident where Depp performed a cavity search on his ex-wife to find cocaine. “He felt it acceptable to rip off her nightgown and stick his fingers up her vagina to look for cocaine,” she said. “He thought that maybe she was hiding them there.”

These accusations, on top of the documents mentioned previously, are what make the expert believe that Heard’s recollection of her relationship with Depp as an abusive one was accurate. Hughes said she diagnosed the Aquaman actress with post-traumatic stress disorder (PTSD) based on “intimate partner violence” suffered at Depp’s hands.

“Even though she yelled and hit him and said some terrible things to him, it was never able to shift the balance of power in the relationship,” Dr Hughes said, adding that “if he was not able to perform he would get more angry at her and blame her.”

She went on to say that Depp was the true abuser in the relationship through the control he had over her career and life, and because he perpetrated “a high degree of serious violence.” Depp chastised Heard when she considered roles that involved nudity and made remarks about her male co-stars in movies, according to Dr Hughes. He would also call “almost every actor she worked with” and accused her of infidelity so often to the point where she decided it was rarely worthwhile to even go on auditions.

While the psychologist gave her testimony, it has been reported that Depp was often seen smirking at things she said. Dr Hughes’ testimony also rebuts the one from Shannon Curry, a clinical psychologist hired by Depp’s lawyers, who also evaluated Heard. Curry said the actress exaggerated her PTSD symptoms and had personality disorders linked to violence and “making up stories.”

But Dr Hughes said Curry misapplied psychological evaluations, and that she subjected Heard to an array of different psychological tests that turned up no such results. “She truly, truly believed she could fix Mr Depp and rid him of his substance abuse problems,” Hughes testified. “But that did not work.” 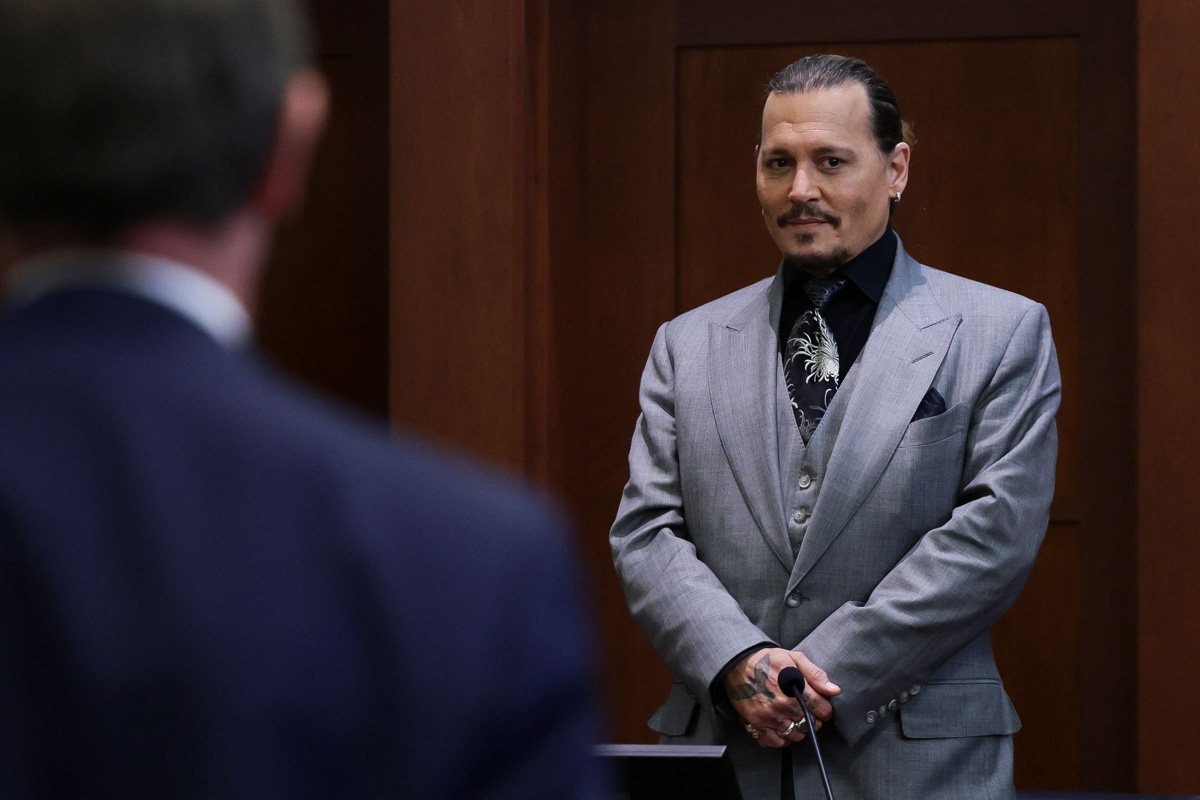 It’s everywhere at the minute—you wouldn’t be able to avoid it even if you wanted to. The current US trial involving Johnny Depp and Amber Heard centres on a lawsuit the Pirates of the Caribbean actor filed against his ex-wife for an op-ed she wrote in The Washington Post following their divorce. The 2018 article detailed, in Heard’s own words, how she had become a “public figure representing domestic abuse.”

Though the piece did not mention Depp by name, the actor has maintained in court papers that it clearly referred to their relationship and that both his reputation and career were “devastated” as a result. In his lawsuit filed in March 2019, Depp denied that he was a domestic abuser and said that Heard’s accusations were an “elaborate hoax” intended to boost her public persona—one that succeeded in making her a “darling of the #MeToo movement.”

Instead, Depp is now trying to prove that the Aquaman actress had been the perpetrator of abuse herself, not him—accusing her in court papers of punching, kicking and throwing objects at him, including a bottle of vodka that he said shattered on the countertop and severed the tip of one of his fingers. Long story short, after losing his libel case against the British tabloid The Sun and having to forfeit his role in the Fantastic Beasts film series (among many other career opportunities), Depp has been on a mission to clear his name. And it looks like things are finally going his way.

In testimony on Tuesday 19 April, Depp denied ever striking Heard—or any woman for that matter. Then, during more than five hours of testimony the next day, the jury heard snippets of recorded arguments between the couple. Those included audio of Depp confronting Heard about kicking a door into his head the previous night and Heard asking, “Why are you obsessing over the fact that I can’t remember it the way you remember it?”

Heard, who is expected to take the stand later in the trial, has given a very different account of the incident, writing in court papers that her ex-husband became violent with her during an argument surrounding his drug use.

As the internet’s opinion on the case continues to shift in favour of Depp and more evidence being presented against the American actress—just take a quick look at your TikTok FYP and you’ll be flooded with montages of some of the trial’s most controversial moments—one user seems to believe they’ve cracked a mind game Heard is playing with Depp.

In a video posted on Wednesday 20 April, Dani Dell’Olio looked at the two celebrities’ outfits as they both attended court throughout the trial so far. She highlighted the fact that whatever Depp is wearing on the day, Heard is seen wearing something very similar to it the very next—insinuating that this behaviour is proof of her obsession with the actor.

As stated in a Marca article, “One of the last public appearances in which Johnny Depp was spotted before this trial, he wore an all-black shirt with a black tie and a completely grey suit. Amber Heard wore the exact same outfit on the first day of the trial. On that same day, Depp decided to wear a black Gucci bee tie, Amber Heard wore the exact same tie on the next day.”

The publication continued, “Johnny wore all black on that day and Heard wore all black on the third day of the trial. It’s evident she is just leaving the trial and going to buy the exact same outfit [he] wore, but why is she doing this? Is it to play mind games with Depp or is she just mocking him?”

Many of you will recognise the saying ‘you are what you wear’ and interestingly, in this case, Heard is quite literally wearing whatever her accuser dons the day prior. Is that her own attempt at making herself look like the victim once more, since she’s now being the one accused of physical and mental abuse?