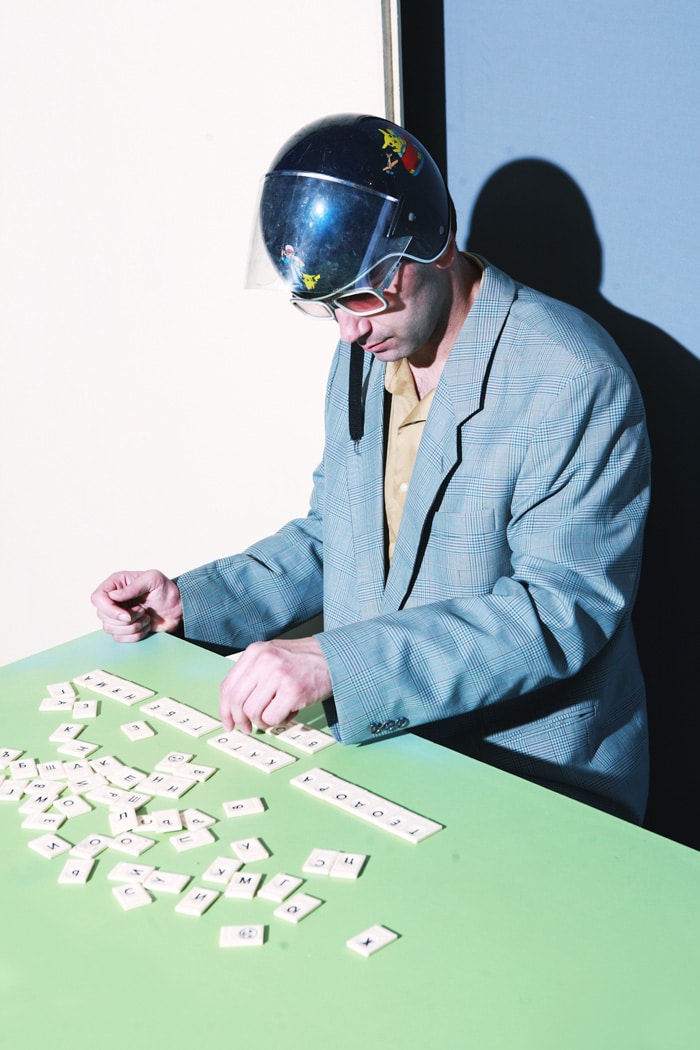 Since then, Extinction Rebellion has faced an uphill struggle against media framing. A mass movement such as this one will always contain a few people who might go too far, and will be liable to face criticism for the actions of a minority of members. This can be dangerous when most major media outlets in the UK are already indifferent to political movements at best, and hostile at worst. That’s why it is urgent for Extinction Rebellion to step up its media game, expand its tactics, and who best to learn from than its cousin across the channel, the Gilets Jaunes? It’s about time Extinction Rebellion built its own media ecology theory.

Although the rebellious movement has made tentative steps in this direction by creating its own news page and podcast, if things were to go wrong once more it probably wouldn’t be able to penetrate the constant media noise with only a news page on its own website. For example, a Twitter search for Extinction Rebellion yields very little in terms of results linking to the aforementioned page.

The Gilet Jaunes movement has also faced similar issues. Much of the French mass media ignored important problems, such as police violence against members of the movement until it became impossible not to cover it. What the Gilets Jaunes movement did that Extinction Rebellion has not done yet was to construct a media ecology capable of raising these issues and giving its side of the story, allowing it to push against media hostility. This is not to say that the French movement was perfect. Far from it, it had illiberal and sometimes racist and violent currents running through parts of it; yet the caricatured image of the movement put forward by politicians and certain media organisations weren’t accurate either.

Much of the repression the Gilets Jaunes movement faced was rationalised by the idea that the movement was full of ‘casseurs’—thugs and vandals that turn the city upside down—but the victims of police violence were able to turn the tide on this narrative through their savvy use of the internet. The online publication GJ Magazine, created by the Gilets Jaunes, and available on a browser or through the App Store, was not too dissimilar from Extinction Rebellion’s website, only it was marketed in a way that more people could access.

The Gilets Jaunes’ real triumph, however, lies in the many videos it shared on social media platforms. The videos often provided a better way of gaining engagement and more eyeballs on reporting about the movement’s developments, and offered parodies of the French government’s famous lines concerning the Gilets Jaunes. These gained hundreds of thousands of views, even with the general trend of declining movement participation. Videos from the ‘ban the grenade and flashball’ Facebook page and YouTube channel also allowed activists to tell their own story and share how they suffered at the hands of the police, showing that they weren’t in fact ‘casseurs’. These viral clips also helped promote marches in solidarity with police violence victims, and raise police violence as a salient issue.

Images and videos of violence are perfect fuel for the social media machine, but that doesn’t mean Extinction Rebellion shouldn’t create its own institutions for pushing counternarratives when events like the tube disruption happen. While it appears that the French police may be more violent than ours, there could come a time when Extinction Rebellion needs that same viral infrastructure to highlight any injustice it faces at the hands of the authorities.

While in its prime, the Gilets Jaunes movement was good at using its distributed network of local Facebook groups and bigger nationwide groups and pages to cause social media cascades that rippled across the platform. Extinction Rebellion has a similar structure of central pages and smaller local ones, so maybe it should try and coordinate a social media strategy, even if it means creating a virality that the Gilets Jaunes achieved organically.

The Gilet Jaunes movement may be a shadow of its former self, but it still punches above its weight in social media terms. Its media architecture was never perfect, but it built an online magazine, digital TV channels such as Vecu and Gilets Jaunes TV, and used hundreds of pages to promote content and provide counter-narratives. If Extinction Rebellion wants to tackle unfriendly or uninterested press, maybe it should start by creating its own media ecology strategy to force people to listen. 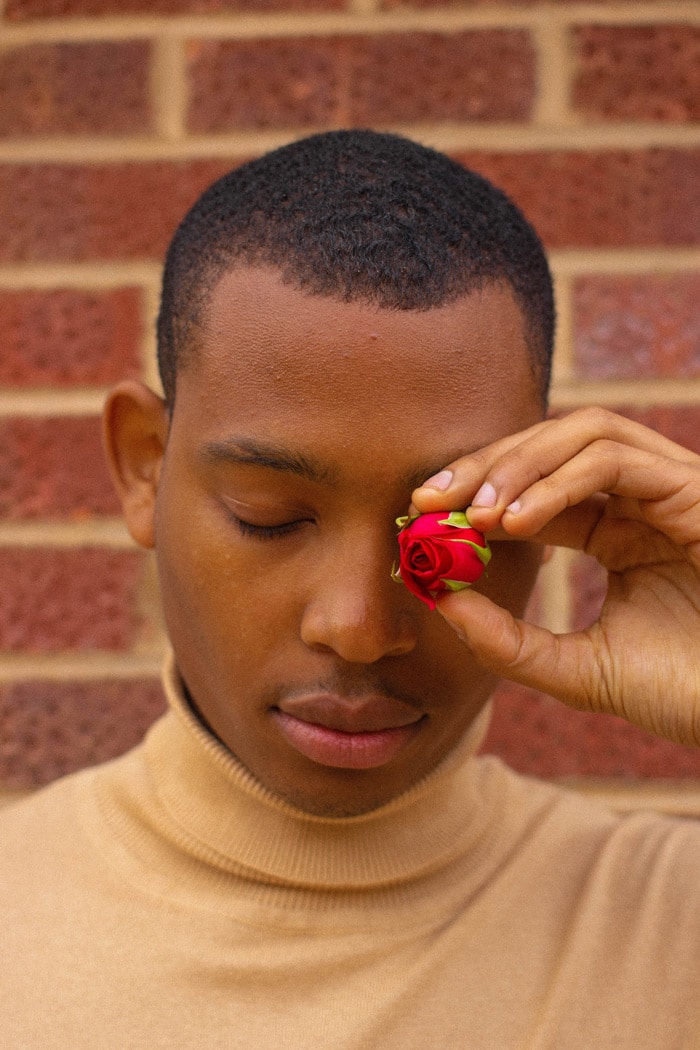 Extinction Rebellion responds after being criticised for its lack of diversity

Extinction Rebellion responds after being criticised for its lack of diversity

I recently answered a poll on social media that first asked if I cared about climate change. I ticked yes. The next question asked if I had ever attended an Extinction Rebellion protest. I immediately ticked no.

This isn’t because I’m not available to attend protests, or that I’m lazy, and don’t care. If anything, as someone who’s self-employed, works in left-wing circles, and has the privilege of being educated in what’s happening to the Earth and having a flexible work schedule, I’m probably the kind of person who should be attending these kinds of marches. Yet, even with all the ways that should make it easier for me to stand up and talk about climate change, I’m also still another brown body marching—and that isn’t exactly as welcomed as my climate protesting peers.

Extinction Rebellion has become a household name. The grassroots organisation has raised millions in donations, money that goes towards funding volunteers, whether that’s feeding protesters lunch or keeping the platform running. Those who are a part of Extinction Rebellion have altered traffic and excelled in their aim to disrupt urban spaces in order to wake everyone up: the ice-caps aren’t just melting, polar bears aren’t just struggling, the Earth is dying.

But so are brown and black bodies when we speak up. So much of Extinction Rebellion is about gaining attention, and I can’t help but wonder what would happen to people of colour if they tried the same tactics; what would the response be, or has been, when we’ve tried to push the same messages.

There’s also an issue with class when it comes to protesting for anything. You need time in order to march for your rights or demand change. The Equality and Human Rights Commission shows that 35.7 per cent of ethnic minorities were more likely to live in poverty compared with 17.2 per cent of white people. The ethnic pay gap within ethnic minority communities reflects that Bangladeshi, Pakistani and black people are paid the lowest with Bangladeshi people doing the worst.

When working in menial, manual, and zero contract jobs, where there is barely any movement to take a sick day, never mind shout for the Amazon rainforest, a large number of ethnic minorities in Britain are only able to think about the basics before they can prioritise protesting. Look around the next Extinction Rebellion protest and ask yourself, does this represent London, the UK, and, more importantly, all those who inhabit the world?

‘What will the world look like for future generations?’ is a great point that is asked consistently to encourage people to join the movement. But as climate change activist Muna Suleiman pointed out during The Amaliah Podcast on What Has Race and Religion Got To Do With The Climate Crisis?, “There’s an inherent assumption that people at present are not affected by the climate crisis, which we know is not true. It’s through the lens of trying to tweak around the edges and not provide the system changes we need.”

Countries like Bangladesh, who have the most ‘green factories’ and do not produce nearly as much waste as the global north, is said to be the Venice of South Asia, in other words, sinking, and not so slowly. It seems like we’ve forgotten about the brown and black bodies around the world who are already the most sustainable with the little they have, and yet are being affected the most by climate change.

In regard to Greta Thunberg, we’ve listened to her cries, seen her on billboards, and, most importantly, taken her seriously. But we also need to remember the other young women of colour who are speaking out for the communities that are most affected. Autumn Peltier. Artemisa Xakriabá. Isra Hirsi. Ridhima Pandey. Say their names and look up their work.

In our quest to save the planet, we also need to curb the snobbery found within climate change initiatives, as well as the denial of class or race issues that are deeply entangled with it. The western revolution towards climate change has only happened in the past thirty years. Our recyclability is fairly new. Moon cups, reusable coffee cups, and solutions out of throwaway culture are all new. Brown and black people, especially working-class black and brown people, have been the most resourceful when it comes to using what we have—so let’s not pretend that marching for climate change is based on this sole revolution by white people when black and brown countries have been tackling the issue for centuries.