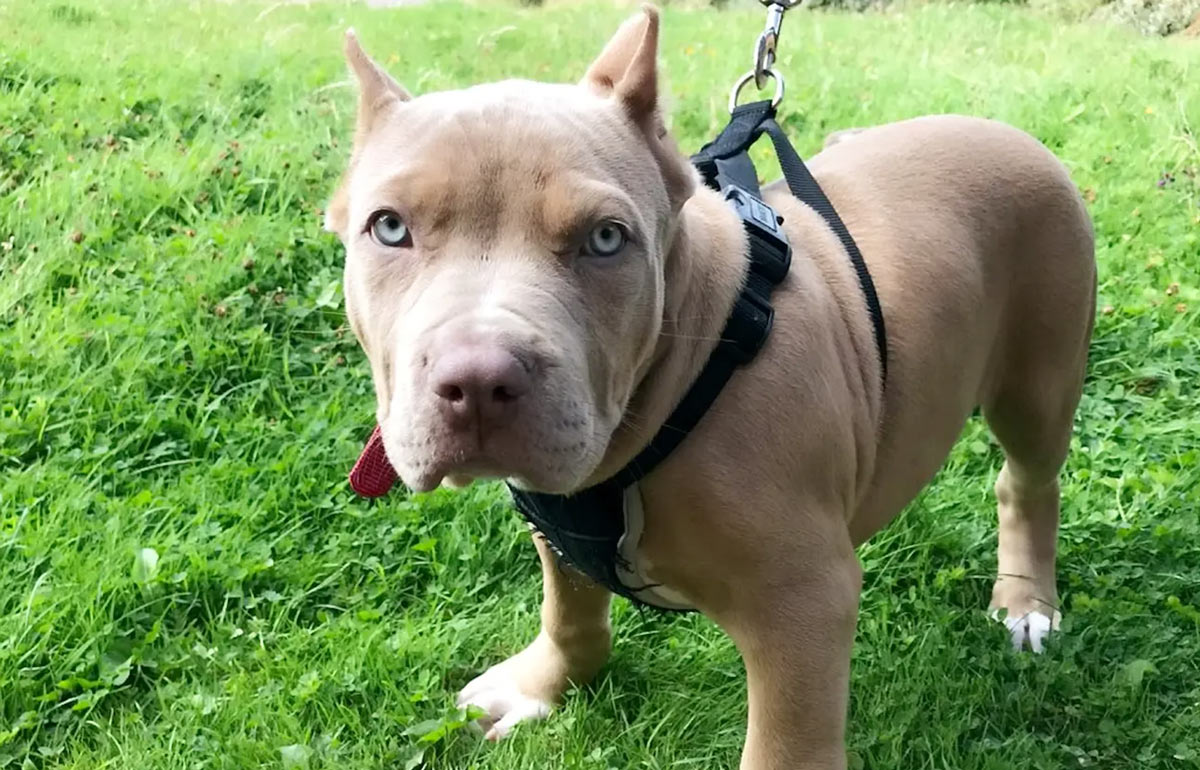 A man, Warren Wesley Jackman, who lived in Redditch Road in Birmingham, UK, has been sentenced to prison after he cropped three of his pets’ ears. One of the dogs is called Mika, a female American Bully XL. She is the mother of the two puppies who were also found at the scene, both only three months old.

The 40-year-old man was convicted after the Royal Society for the Prevention of Cruelty to Animals (RSPCA) was called in August 2021 by police who attended a flat on another matter but ended up seeing the poor dogs’ ears and were left concerned for the animals’ welfare.

RSPCA inspector Vicki Taylor explained how police noticed the dogs all had cropped ears, “The puppies’ ears were freshly cropped and had not yet healed; they still had stitches in the wounds. The male pups’ ears were inflamed and sore.” Police seized the mistreated animals after contacting Taylor, which were later placed in the care of the RSPCA.

The charity also tracked down the man who claimed to have bred the puppies before selling them to Jackman, interviewed him and got him to provide details with the bills of sale. Taylor explained, “[The breeder] told us that Jackman had cropped their ears. When I spoke to Jackman he admitted that he’d paid £200 for them to have their ears cropped.”

As stated on the RSPCA’s website, ear cropping of dogs is illegal both in England and Wales under Section 5 of the Animal Welfare Act 2006, “It’s a painful process where a dog’s outer ears are removed altogether or are surgically altered, with the tips or huge sections of the outer ear being cut off.”

“In some medical situations, vets may perform a procedure called a pinnectomy that can look like the ears have been cropped,” the website further explains. “This is only done in the case of disease of the ears and is more usually required in white cats who can sometimes get skin cancer. The procedure is allowed when there are clear medical reasons—clearly very different to when ears are surgically altered for cosmetic reasons.”

Despite it being illegal to crop your dog’s ears yourself or send them to have the procedure, whether in England, Wales or abroad, the RSPCA noted that “unfortunately, it still happens.”

Appearing in Birmingham Magistrates’ Court, Jackman pleaded guilty to two offences under the Animal Welfare Act. He was sentenced to 16 weeks in prison and banned for life from keeping any animals. Mika and her two puppies are currently being re-homed by the RSPCA.