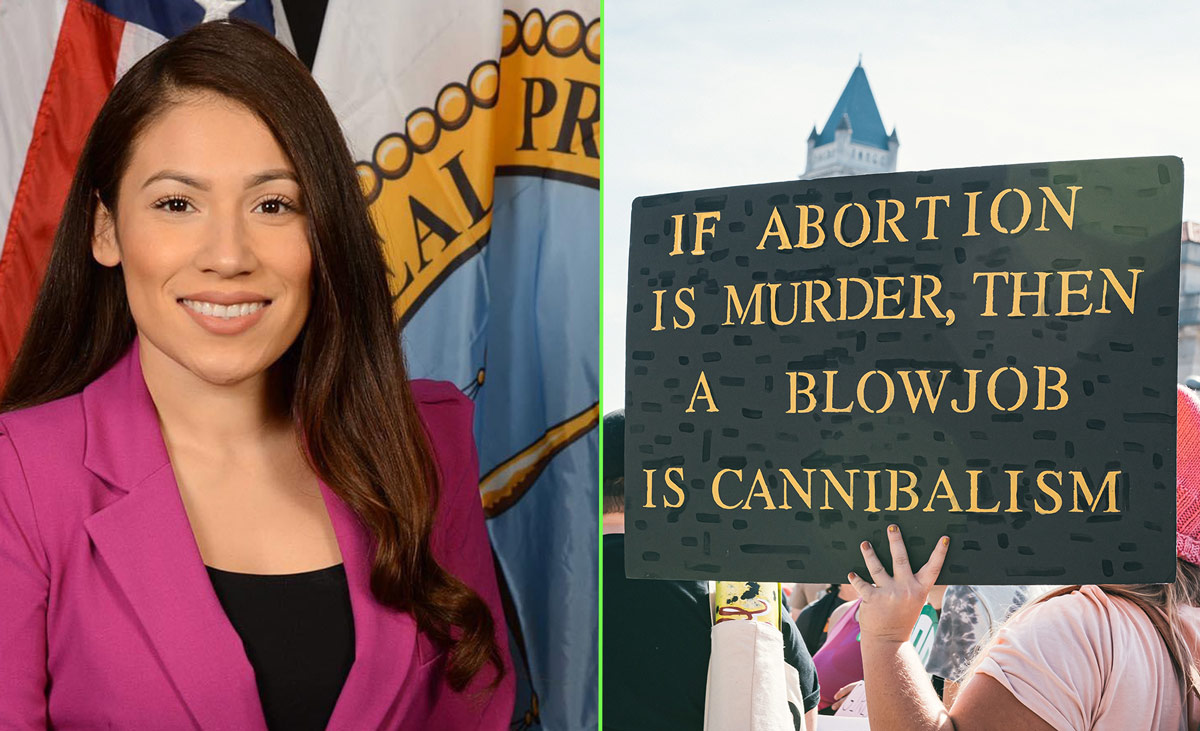 Republican candidate Yesli Vega, who is running in Virginia’s seventh congressional district, has garnered great backlash for comments implying that women are less likely to become pregnant via rape. Vega, who is campaigning against the currently seated Democrat Abigail Spanberger, was questioned about her opinions on abortion in audio files exclusively obtained by Axios.

The candidate was queried on her stance prior to the official overturning of Roe v. Wade on the pending Supreme Court decision last month but was leaked by Axios on Monday 27 June. Citing her experience as a Prince William County supervisor and a sheriff’s deputy, Vega affirmed her beliefs for restrictions on abortion by stating, “It’s not something that’s happening organically.”

“The left will say, ‘Well what about in cases of rape or incest?’ I’m a law enforcement officer. I became a police officer in 2011. I’ve worked one case where as a result of a rape, the young woman became pregnant,” she began. The Republican was then asked the following question: “I’ve actually heard that it’s harder for a woman to get pregnant if she’s been raped. Have you heard that?”

To which Vega responded: “Well, maybe because there’s so much going on in the body. I don’t know. I haven’t, you know, seen any studies. But if I’m processing what you’re saying, it wouldn’t surprise me. Because it’s not something that’s happening organically. You’re forcing it. The individual, the male, is doing it as quickly—it’s not like, you know—and so I can see why there is truth to that. It’s unfortunate.”

Winning the Republican primary for the chance to challenge Spanberger’s seat last week, Vega went on to suggest that abortion rights groups are “pushing a narrative that the vast majority of abortions are from pregnancies as a result of rape, when in fact that is not true,” as reported by The Independent. The publication went on to cite evidence from the Centers for Disease Control and Prevention (CDC) which has statistically proven that around three million US women have experienced pregnancy via rape within their lifetime.

In fact, another 1996 study into pregnancy rates via assault showed that the US national rape-related pregnancy rate was “five per cent per rape among victims of reproductive age (aged 12 to 45).” A statistic that culminates in around 32,000 pregnancies as a product of rape each year and “among 34 cases of rape-related pregnancy, the majority occurred among adolescents and resulted from assault by a known, often [related] perpetrator.”

Vega’s comments have come under fire with VoteVets—a committee dedicated to the electing of progressive veterans to office—that took to Twitter and stated, “Yesli Vega is an extremist and way out of touch with voters in Virginia and throughout the country. We didn’t fight overseas to have our freedoms taken away here at home by people like Vega. Her comments are outrageous, disgusting and shameful.”

President Pro Tempore for the Senate of Virginia, Louise Lucas also wrote, “This woman is running around in law enforcement spewing this kind of crap? She’s a complete disgrace to everyone else wearing that uniform.” Her currently elected rival Spanberger also responded to the Republican candidate’s comments published by Axios, stating that it is “shamefully disrespectful toward victims of rape, and clearly indicate that she is not qualified to be making serious policy decisions.”

When asked for comments about her remarks by Axios, Vega told the publication in a statement, “I’m a mother of two, I’m fully aware of how women get pregnant.”