What is Afrofuturism? Here’s how the ideology serves as a blueprint for cultural growth – Screen Shot
Deep Dives Level Up Newsletters Saved Articles Challenges 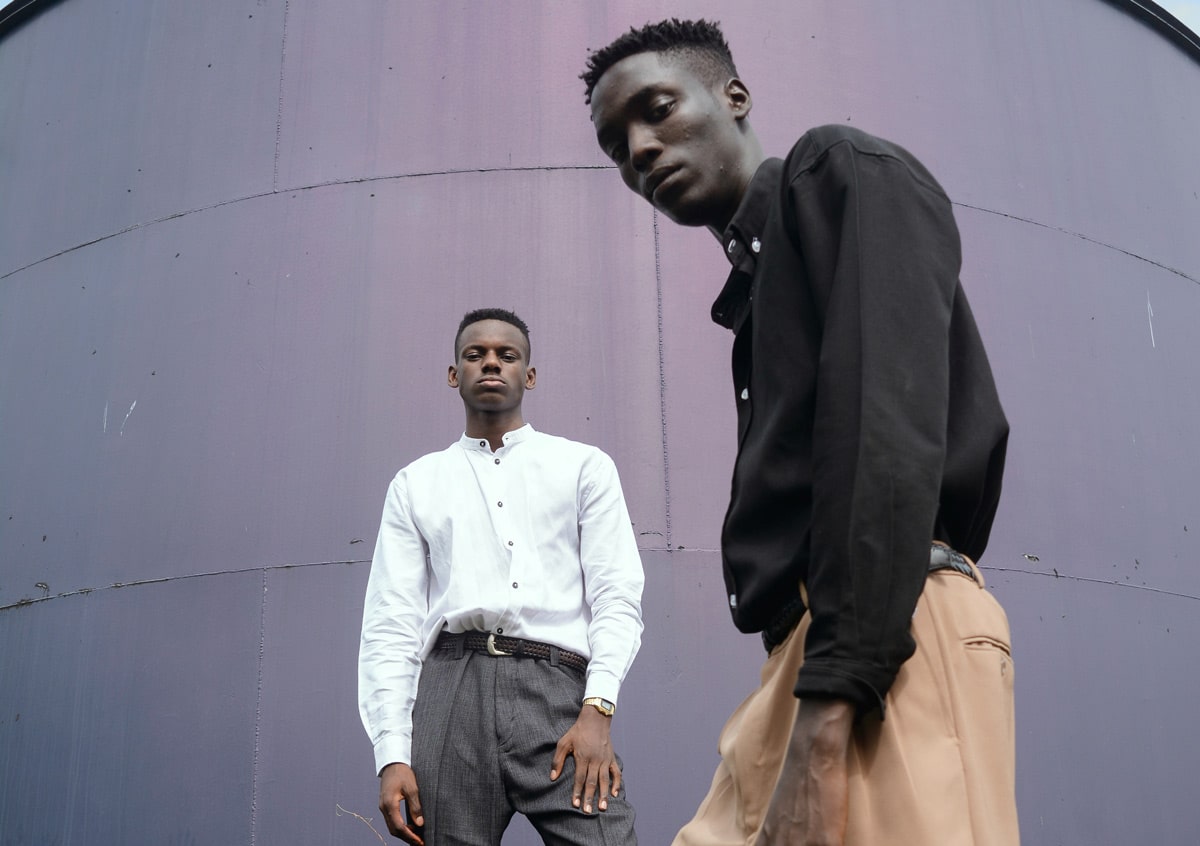 What is Afrofuturism? Here’s how the ideology serves as a blueprint for cultural growth

Three years ago, Black Panther hit the big screen, breaking several records to secure the title of being the ‘10th highest-grossing film of all time’. Contrary to science fiction’s predominantly white history, the blockbuster featured an ‘Afrofuturistic’ superhero in a world where black people have the most advanced technology in the world. Introducing Afrofuturism, a concept muscling its way into pop culture for a more inclusive future.

Coined in 1993 by scholar Mark Dery, the term ‘Afrofuturism’ refers to a cultural aesthetic and philosophy that explores the developing intersection of African diaspora culture with technology. The genre fundamentally seeks to reimagine a future filled with arts, science and technology as seen through a black cultural lens.

Harbouring themes of utopianism and liberalisation, Afrofuturism fosters a space for black artists to “tell stories of their limited past intertwined with their complex present to see a different future.” Much of its aesthetic tropes—including a rich colour palette, African iconography and a fascination with technoculture—were laid down by cosmic philosopher and jazz giant Sun Ra in the 1950s (around 40 years before the term was even coined).

Labelled “the pioneer of Afrofuturism,” Sun Ra floored his audience with bebop tunes performed to flashing lights and costumes. His music touched upon topics such as race, politics, religion and the future through psychedelic aesthetics that mixed the space-age with Ancient Egypt. With more than 1,000 recorded songs spanning over 100 albums under his belt, the jazz musician is well-known for his origin story of being “an alien sent to Earth on a mission to preach peace through music.”

Afrofuturism soared to commercial success with the release of Black Panther. Depicted as the world’s most technologically advanced country, the mythical land of Wakanda offered a prosperous alternative the African diaspora yearns for. Boasting rich resources like vibranium while deeply rooted in ancient traditions, the utopian society was quick to become a ‘digital-first continent’—providing glimpses of a desirable future.

Although its comics debuted way back in the 60s, the film renewed interest in Afrofuturism. In addition to the cast, Black Panther also had a predominantly black production team spearheading the story. Regarded “Afrofuturism at its best,” the critically-acclaimed blockbuster made huge cultural waves—in turn helping mainstream the Afrofuturistic movement.

Afrofuturism and the feminine wave

In its early terms, Afrofuturism was largely represented by men. It took nine decades after the science fiction genre was created and about 25 years after the term was coined before black women found their voice in the genre.

Now, the most popular names in Afrofuturism are made up of women. In the science fiction scene, Blade—a popular black male comic and film character—was quickly replaced by the character Storm from the X-men series. In music and pop culture, Regina King, Erykah Badu, Missy Elliott, and Solange Knowles have been credited with exploring the movement.

“Afrofuturism is me. It’s us,” she explained in a 30-second video clip for Spotify, “It is black people seeing ourselves in the future.” “I was writing this music that was really inspired by science fiction and Afrofuturism,” she told BBC Radio 1. She further admitted to feeling responsible for “telling these stories through the lens of a young black woman” and “speaking of a future where we are not the minority but the heroines, heroes and leaders.”

The leading role women now play in the genre has undoubtedly resulted in the generation of a lot of new direction and ideas. Their impact is said to have carried Afrofuturism to the “next level of storytelling where we see ourselves in a different context.”

In an essay titled Black To The Future, Mark Dery laid out the question driving the philosophy behind Afrofuturism. “Can a community whose past has been deliberately rubbed out, and whose energies have subsequently been consumed by the search for legible traces of its history, imagine possible futures?” he wrote back in 1993.

Fast-forwarding 28 years, Afrofuturism is said to be the ideal ‘cultural blueprint’ required to guide society. The genre imagines a world where black people achieve greatness while thriving in their own culture. The movement has also aided artists to connect not only to their origins—but with each other.

In an interview with Architectural Digest, Nova Sparks, author of The Dome Trilogy, illustrated how the genre has “inspired more of us to invest in our communities, to continue to dominate various fields and to move forward in our quest to reach back into our communities by creating opportunities and guidance for our youth.” 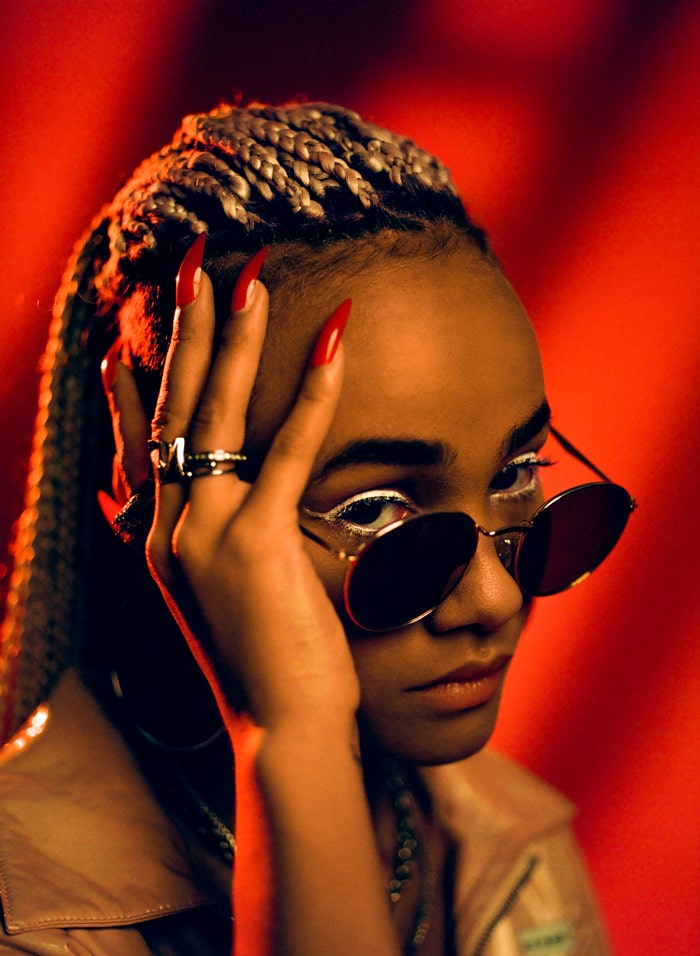 The reveal of this year’s Oscar nominations has caused yet another uproar. With the female exclusion of nominees—of both actresses and directors—on its forefront, many took to Twitter for reconciliation attempts and news outlets probed sexism, as well as outdated traditions, as their themes for the week. One short animation not only gained momentum but also landed a well-deserved nomination for Best Animated Short Film. Written, produced and directed by Matthew A. Cherry, Hair Love highlights a shifting focus of black narratives.

The enthralling six-and-a-half-minute animation follows the journey of an African American girl—trying to upkeep her sensational views of beauty by shadowing a hair tutorial, with a little help from her supportive father. It’s crucial to mention that throughout the film, the girl, father or cat were not given any speaking opportunities, but the only lines we hear are, “Just took a little bit of work and a whole lot of love,” from the Youtube vlogger—later revealed as the young girl’s mother, voiced by Issa Rae, who also expressed her thoughts about the recent Oscar nominations. “Congratulations to all these men,” were her choice of words.

In 2017, Cherry turned his gaze to fundraising on Kickstarter. Initially, the goal was to raise $75,000 for the short animation, however it ended up raining over $300,000.  According to Kickstarter, no other short film project has ever beaten that. I soon discovered that the inspiration behind Zuri’s father Stephen was Cherry himself.

As the buzz surrounding the moving picture began to grow, Cherry stated that he “wanted to see a young black family in the animated world,” so he decided to create the cartoon himself. From my personal standpoint, that just validates the crucial necessity of this project and why Cherry was the perfect candidate for the job. Hair has and will always remain an integral feature of black history, especially for black women as it dates back to early African civilisations of tribe recognition to hair braiding for the creation of escape maps during slavery. Matthew A. Cherry has not only paid homage to black women’s history, but he has also watched, listened and paid tribute to another black family’s personal experiences.

The film screamed representation, and three seconds into the animation, you’re blessed with child-like drawings of a family of three black identities. Although that may seem like a small factor, that is a rarity in today’s animated film landscape. Back in 2009, Disney released their first-ever animation featuring a black female protagonist and I was exhilarated.

Fast forward 11 years, and I’m exasperated at how problematic that introduction was. Firstly, unlike what The Princess and the Frog taught young kids, not all black children were raised by single mothers. Although Tiana’s father was briefly mentioned, Disney lacked the respect to even credit the male figure in a young Black women’s life. For a few minutes into watching Hair Love, I was under the impression that the movie was pushing another single parent narrative, and while this one varied (it being a father), it’s still the same principle. Cherry proved me wrong and even granted me additional access to another storyline. The relationship of a cancer patient mourning the loss of their hair.

The all-embracing short animation deconstructs multiple black aimed stereotypes and transformed them into norms, making it the kind of content I would want future generations to grow up watching. It encompasses many storylines without having anyone speak, instead, the intricate details and act of imagery are enough. Representation is the organic fuel of growing up and due to former NFL wide receiver Matthew A. Cherry, young black girls will grow up with the normalisation of their curl-patterns and the ongoing battle of how to style it.

Having YouTube as the connecting factor evokes the argument that technology is an ever-present method of education in today’s age, and marks its essential requirement for the future black hair movement of post relaxers and parents lacking a clue. It’s something my parents and I could have used for inspiration instead of turning to outdated print magazines.