What is an artificial womb and can it work for humans? – Screen Shot
Deep Dives Level Up Newsletters Saved Articles Challenges 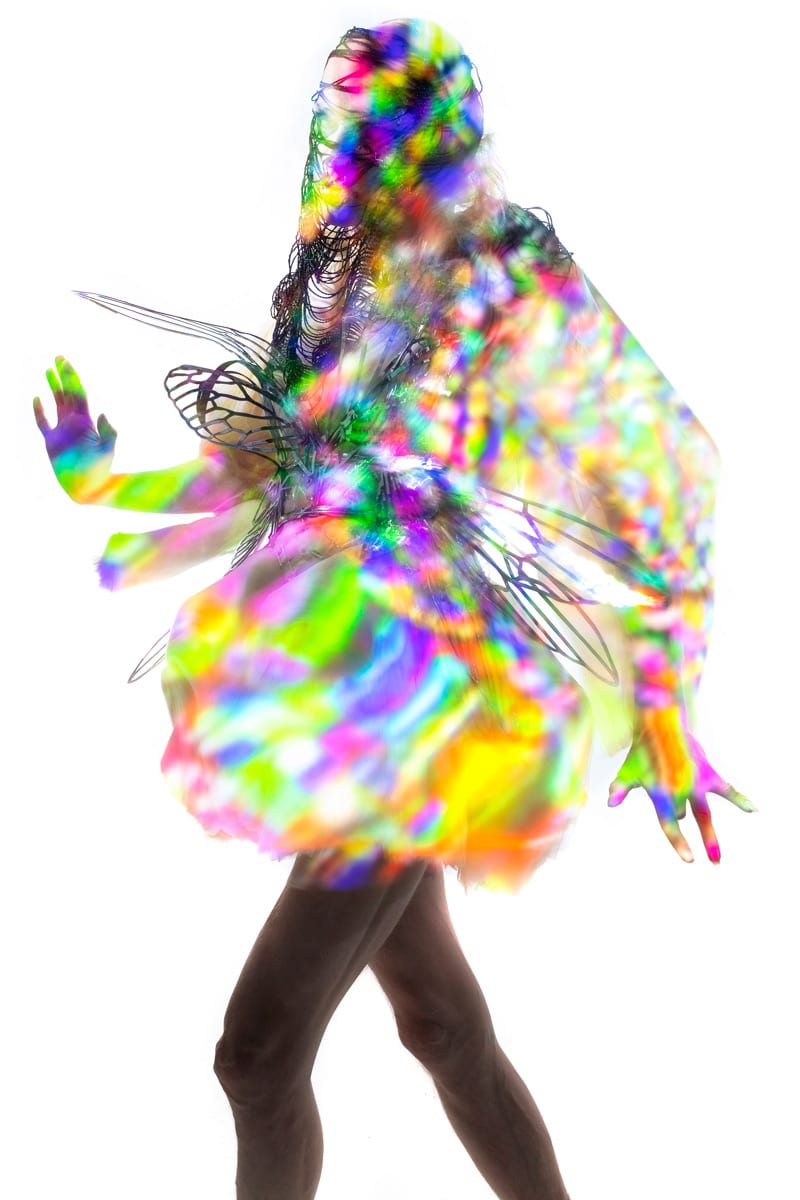 What is an artificial womb and can it work for humans?

What is an artificial womb and can it work for humans?

In 2017, when a premature lamb was successfully grown to term inside an artificial womb, a ‘bio bag’, spectators argued that human fetuses would be next. In October 2019, Dutch researchers were awarded €2.9 million to develop a prototype. In a time of a pandemic where everyone is affected and people fear for their life, could artificial wombs represent a glimpse of hope for a better future?

Unlike existing incubators that provide artificial respiration, this technology simulates the biological environment and feeds the fetus oxygen and nutrients through tubes, in the same way the placenta and umbilical cord do. This would allow premature babies, whose lungs are often not developed enough to breathe air and have high mortality rates to grow to term outside the uterus, which is the largest supporting argument for the technology.

“Artificial wombs will help babies born prematurely survive. That’s the main help,” Zolton Istvan, a transhumanist figurehead running in the 2020 US presidential election as a Republican, told Screen Shot. “This is an intrinsic part of the transhumanist movement since it will use radical science to change an existing institution of humanity,” he added.

Artificial wombs could eliminate risks associated with pregnancy and childbirth although, currently, the mother is still an integral part of the birthing process—an embryo cannot be fertilised and planted in an artificial womb, first it must be partially grown inside a uterus. If this was possible, it would be what is called ectogenesis.

“It will also give women a third choice when it comes to abortion. Instead of aborting, they can have the fetus transplanted into an artificial womb,” Istvan added. “There’s a lot of fighting between pro-life and pro-choice, having a third choice regarding abortion will ease society’s divisiveness.” Terminating a pregnancy without having to end the life of the child presents vast social and ethical questions, such as an increased pressure on the state to provide the necessary equipment and resources. In 2018, there were 205,295 abortions in England and Wales.

Speaking to Screen Shot, Elizabeth Chloe Romanis, a lawyer and bioethicist at the University of Manchester, explains that “Access to choices in pregnancy are subject to lots of social, legal and medical control and we need to make sure that the artificial womb is not used to deny women access to reproductive healthcare like abortion.”

Although technology is not yet advanced enough for ectogenesis, many see bio bags, which could hinder female autonomy, as a stepping stone. Removing the natural dependency on women to have children could be integral in achieving true gender equality and balanced parenting. As a result of this, what it means to be a mother could be redefined.

At its very basic level, the technology would mean women no longer have to leave their jobs or go through labour, both things which Ivstan sees as positives. If neither parent was tied to a child physically, maternity and paternity leave would potentially equalise.

Giulia Cavaliere, a lecturer specialising in bioethics and reproductive technology at Lancaster Medical School, agrees with the fact that artificial wombs will allow women to become mothers “in the same ways as men became fathers,” by “enjoying all the positive stuff while not experiencing any of the negative physical, psychological, professional and personal effects.”

She added: “There are also other benefits; women who could not or would not want to gestate and birth children could still be able to have genetically related children. A society where women are less subjected to health-related risks is a better society.” This would be particularly impactful for women without a uterus, male same-sex couples and single males.

Itsvan explained that it is likely that women’s pay will increase as a result of the technology, because “women’s careers won’t be interrupted.” At the moement, growing embryos into babies outside of a womb is restricted legally and technologically, with no evidence an embryo can be taken to term from scratch with current bio bags, and it being illegal to do so.

Instead, legal definitions and potential backlash to existing functionalities must be managed. Romanis explained that “what is most interesting is how this will change some of our ideas about birth. A subject in an artificial womb is not completely born, even though they have been delivered from their mother, because they are still undergoing gestation and are not interacting with the external environment. The social response is hard to predict. Should we treat it like a foetus, or like a born baby?”

Regulation will play a part in this, determining whether artificial wombs are restricted for medical use. While “depicted as freedom and equality-promoting for all women,” as Romanis said, if used generally bio pregnancies could exaggerate class divide with fewer middle-class couples opting for natural pregnancy or, on the contrary, it could see vulnerable mothers who smoke, take drugs or are from a minority group being coerced into using the technology.

If artificial wombs become an option in the near future, it remains uncertain whether women will opt for it without good reasons as Romanis highlighted how invasive the procedure would be. Although it is facing important financial, technological and legal hurdles, the continued development of this niche health tech no doubt holds the key to both true gender equality and widespread social controversy. As controversial as they are, artificial wombs are also something exciting to look out for in the near future—a positive thing to think about while stuck at home. 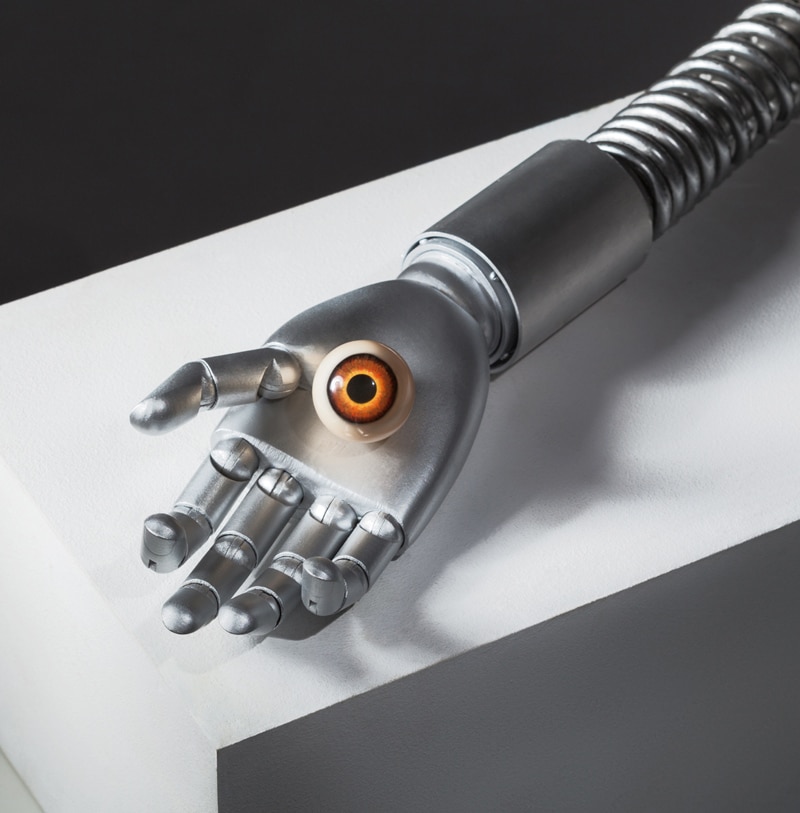 Microchipping: where it’s at and why it still hasn’t gotten under our skin

Some of you might not remember, but August 2017 was definitely microchipping’s ‘breakthrough’. Wisconsin-based company Three Square Market had lined up its employees in its cafeteria to be implanted with microchips. Just after that, the news named the event the “chipping party” and bombarded us with futuristic tales of cashless payments and phoneless calls. We were all going to be transhuman. Back to 2019, and most of us are still microchip-free. So why are microchips still not the norm?

Let’s start with the obvious—the idea of living with a chip under your skin potentially monitoring your every move is not one that is easy to accept. After the famous chipping party, religious groups panicked, convinced that the small implants actually marked people with “the mark of the beast”, and accused Three Square Market of being the antichrist. While this sounded highly improbable, more rational worries have since then been stated and proved right.

Microchip implants are similar to the ones we’ve started putting under livestock and our pets’ skin. In other words, the tiny bar codes have been around for a while. Kevin Warwick, a professor of cybernetics at Reading University, had already implanted a chip in his hand by 1998. Warwick wanted to show the world that it was doable, but also that microchipping was the future. To him, fusing technology with our bodies had to be the next big step. He obviously didn’t take data breaches and exploitation of labour into consideration.

So far, the few people that have been microchipped are digital-savvy people from wealthy countries. Well-educated Swedes—“chips and beer” evenings were quite big in Stockholm—do not make up the world’s population. Talking to The Guardian, Urs Gasser, executive director at Harvard’s Berkman Klein Center for Internet and Society, made a very valid point about the way people reacted to the chipping party, stating that “[s]eeing employees get implanted at the workplace made people question what it means to be an employee. Are you a person being paid for your work, or are you the property of the company you work for?” These implants probably weren’t the “mark of the beast”, but they definitely reminded us of the dystopian novel 1984.

The implications that microchipping technology brings with itself are exactly what stops us from getting them. Having a chip under our skin equals increased worker surveillance for most. And, more recently, it could also mean that data collection methods could go up a notch—something that we clearly don’t need while Facebook is still around. After all, microchips could surveil us non stop, and monitor us wherever we go. Remember the nightmare that was Snapchat Map, when all your Snapchat contacts could see where you were at any time of the day? Imagine this with microchips, only this time we won’t be able to turn its signal off.

The same kind of concerns have recently been raised by lawmakers in the US. The states of Arkansas, New Jersey and Tennessee have started drafting new bills to make involuntary microchipping illegal, while Nevada has already passed its own version of the bill. The message is: feel free to microchip yourself if you want, but don’t force anyone to do the same, especially not if they’re your employees. And yet, surveillance tech still is a big issue in the US, with companies forcing their employees to wear an Apple watch constantly to monitor their health. There doesn’t seem to be that much difference between this and microchips.

To try and look at microchipping under a different light than this ethically problematic one, Screen Shot spoke to Jowan Österlund, founder and CEO of the microchipping company Biohax, and the body piercing professional that microchipped the lucky employees who attended 2017’s chipping party. Österlund, like many others, can’t ignore the risks that microchips could entail, but for him, it’s part of a good thing, “People say that [they’re scared of microchips] while they’re on Facebook, on their smartphones logged into their Google accounts, so I can’t really take that seriously. I wouldn’t want people to blindly accept any kind of new technologies, because that would be repeating the same mistakes again. If people are scared, it’s good—they get informed, and they’re not afraid anymore.”

Österlund furthered his point by pinpointing the many benefits that microchips could bring to adapters, such as health-related tracking, “you could get all the information you need about your heart rate patterns, your sleeping patterns, your blood oxygenation, and breathing patterns.” According to him, most of us react that way to microchips because of the small body modification they come with. What needs to be changed, for them to be 100 per cent safe, are the regulations that have been proven to be already problematic, even without most of us having a chip implant.

Instead of panicking about microchips, our attention should be focused on demanding stronger labour regulations and data protection laws, such as Europe’s General Data Protection Regulation (GDPR). In other words, don’t shoot the messenger. Microchips could be our society’s gamechanger—the only question is: are we ready for that kind of change?