Zoophilia: is it legal, is it sexual assault, and where does it come from? – Screen Shot
Deep Dives Level Up Newsletters Saved Articles Challenges

Zoophilia: is it legal, is it sexual assault, and where does it come from?

Zoophilia, not to be confused with bestiality, is the sexual attraction of a human toward a non-human animal, which may involve the experience of sexual fantasies about the animal and sometimes lead to bestiality, which is the pursuit of real sexual contact with an animal.

Where does zoophilia come from?

Zoophilia (along with bestiality) actually began in the prehistoric era, where depictions of humans and animals in a sexual context have appeared a few times in European rock art. After that, bestiality remained a recurrent theme in mythology and folklore through the classical period and into the Middle Ages.

The explicit legal prohibition of human sexual contact with animals is a legacy of the Abrahamic religions—the Hebrew Bible imposes the death penalty on both the person and animal involved in an act of bestiality. There actually are several examples of people and animals who were executed for committing bestiality in medieval Europe. When the Age of Enlightenment came around, bestiality along with other sexual acts became known as “crimes against nature” and usually remained a capital crime in most countries.

Several Greek myths include Zeus seducing or abducting mortals while in the form of an animal. One of those legends includes actual copulation between Leda and Zeus in his animal form. Depictions of this act became a popular motif in classicising Renaissance art, contributing to a lasting prominence in Western culture.

Meanwhile, Herodotus alleged that Egyptian women engaged in sexual relations with goats for religious and magical purposes. Conversely, Plutarch wrote in his Discourse on the Reason of Beasts that the Greeks committed “very frequently and in many places great outrages, disorders and scandals against nature, in the matter of this pleasure of love; for there are men who have loved she-goats, sows and mares.”

In the Middle Ages’ Church-oriented culture, zoosexual activity was met with execution—typically burning for the human and death to the animals involved either the same way or by hanging. Of course, along with real stories came many fictitious accounts.

For example, although thousands of female witches were accused of having sex with animals, usually said to be the Devil in animal form, court records available in Europe and the US dating back to the 14th century and continuing into the 20th century nearly always show males, rather than females, as the human parties in court cases. Would you look at that…

Fast-forward to a 19th-century France, where it was known that bestiality became an organised practice. At the time of Napoleon III, bestiality was said to have been one of the allied activities of the Society for the Advancement of Sodomy, which met regularly in the allée des Veuves for a little bit of fun.

Up until the 1950s, zoophilia was exempt from punishment in over 80 per cent of European countries.

Why is bestiality illegal?

I mean, it is pretty clear why it is seen as unethical. While other arguments used to justify this include religious beliefs, bestiality is first and foremost an act that non-human animals cannot give consent to. In other words, sex with animals is inherently abusive.

Although both zoophilia and bestiality remain illegal in most countries, the internet has, as with many other things, provided a connective platform for the zoophile community, which has lobbied for the recognition of zoophilia or zoosexuality as an alternative sexuality, and advocated for the legalisation of bestiality.

In 2003, the Sexual Offences Act 2003 lowered the criminal penalty of bestiality in the UK from life in prison to two years in prison. In 2006, Denmark’s Council for Animal Ethics said there was no need to ban bestiality unless it took place in pornographic films or sex shows. Only one of the 10 members of the council, set up by the Danish Justice Ministry to establish and uphold animal ethics, wanted bestiality expressly prohibited. The other members said current laws provided enough animal protection.

Denmark only outlawed bestiality in 2015 after all parties except the Liberal Alliance voted in support of a ban, leaving Hungary, Finland and Romania as the only European Union countries without bans on bestiality. During the 21st century, zoophilia was re-criminalised in most US states as well as other countries all around the world.

When Germany passed a law banning zoophilia in 2013, the zoophile community protested and filed a lawsuit against the government saying the law violated their rights. A few months later, ZETA, a German zoophile-rights group, put together a march that would make its way through the street of Berlin. Zoophilia remains illegal in Germany. 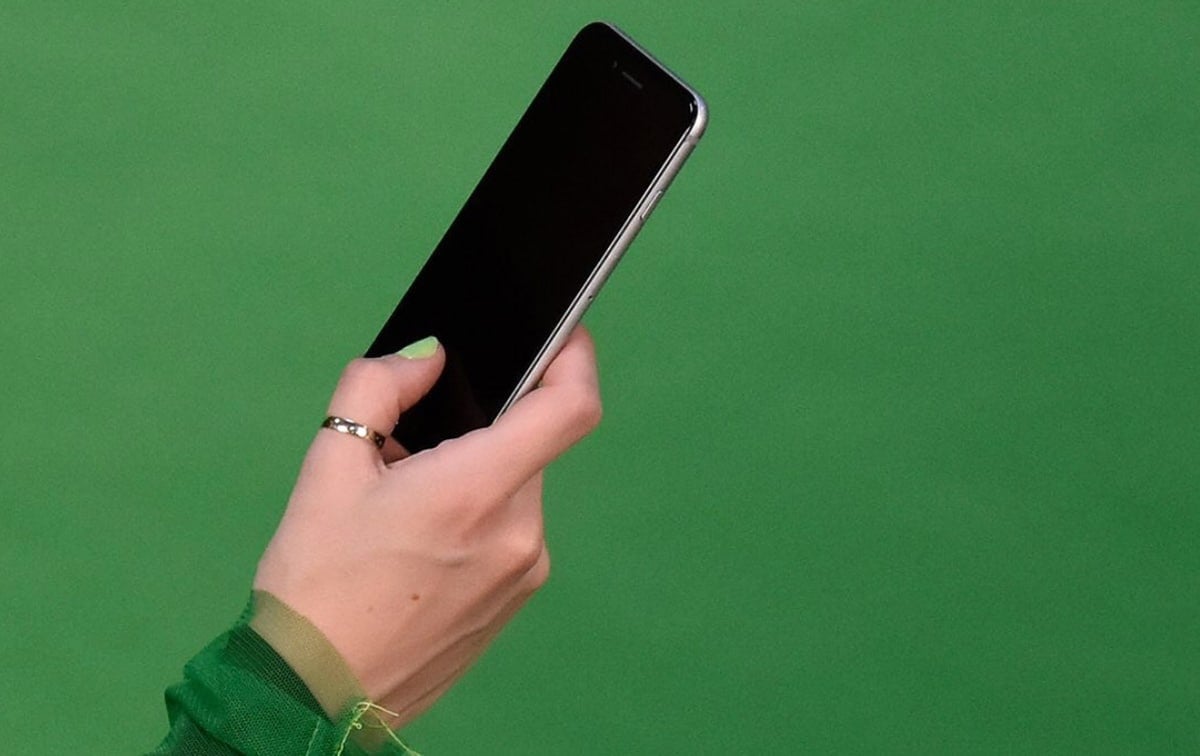 The Fappening: everything you need to know about the leaked celebrity nudes

Okay, it might have been almost six years ago—yes, 2014 was six years, ago how mad is that?—but the fappening is still a heavily trending search word on Google and for those of us who weren’t yet in our full active online selves more than half a decade ago, and who have no idea what the fappening is, we’re here to explain it to you, once and for all.

What is the fappening?

The fappening, also known as TheFappening or Celebgate, refers to the hacking and leaking of hundreds of nude photos of over 100 celebrities, including most notoriously Jennifer Lawrence and Rihanna back in 2014.

The Cloud leaked pictures were shared on the now-closed image-sharing forum 4chan as well as Reddit and once published on the forums, which attract millions of users every month, tracing and deleting the images from the web became a messy, legally challenging and difficult task.

The man behind the leaked photos hacked into celebrities’ iCloud accounts by sending phishing emails to the affected individuals’ Gmail accounts. It is reported that the hacker requested the victims to provide their usernames and passwords using emails that imitated the look and feel of an official email from Google or Apple.

Once in, the hacker downloaded hundreds of private photos from these accounts and swiftly published, making internet history for what were the worst celebrity leaks ever.

What does fappening mean?

Online, the term fappening refers to a hacker who has illegally accessed nude photos of individuals, oftentimes celebrities, and then leaks them on global forums like 4chan, Reddit and Saidit—at times in exchange for payment, usually cryptocurrency.

Who is the hacker that created the Fappening in 2014?

Ryan Collins, who was 36-years-old at the time of the Labour Day hack back in 2014, is the Pennsylvania hacker who has pleaded guilty on the count of “unauthorized access to a protected computer to obtain information.”

Following a trial in 2016, Collins was sentenced to 18 months in prison on account of hacking into more than 600 people’s iCloud accounts.

Why the Fappenning is a toxic outlet of our culture

Unfortunately, the fappening is not a one-off case but a recurring issue of our society—something that systematically affects more women than it does men. More importantly, the laws that protect our privacy, particularly online, are not yet set in place to stop these crimes from happening. And forums are often not responsible for the type of content that is published on their platforms.

In an interview with Vanity Fair, Jennifer Lawrence speaks of her experience, saying that “It is not a scandal. It is a sex crime.” Here’s to hoping celeb leaks are a thing of the past…

5 of the worst celebrity hacks

Numerous nude photos of the singer were leaked across the internet during CelebGate. Other stars such as Jennifer Lawrence and Arianna Grande also had sensitive photos of themselves leaked for the world to see.

Hackers clearly don’t care how old you are. Miley Cyrus was hacked in 2008, back when she was just 15-years-old. Hacker Josh Holly released provocative photos of the young actress. Then, in 2017, Cyrus was hacked again, this time in conjunction with Tiger Woods, Kristen Stewart, Lindsey Vonn, and others. And this time, the photos were nude. The hack became known as ‘The Fappening 3.0’.

Earlier this year, the website of the law firm Grubman Shire Meiselas & Sacks was breached by hackers. The firm represented A-listers such as Robert DeNiro, Drake, Elton John, Lady Gaga, and the ‘King’ himself, LeBron James. Hackers claimed to have obtained 756 gigabytes of private information and demanded payment in exchange for the information. The situation still hasn’t been resolved as hackers have begun auctioning off information on the stars.

The star of The Young Pope was hacked back in 2014 by both the British media and members of his own family. News of the World allegedly paid a relative of Law to leak sensitive information about him.

A post shared by Duke and Duchess of Cambridge (@kensingtonroyal)

The Duchess of Cambridge, Kate Middleton, reportedly had her phone hacked over 155 times. The perpetrator was the British tabloid, News of the World, again. According to the BBC, Clive Goodman, editor of News of the World, hacked Prince William 35 times and Prince Harry nine times.