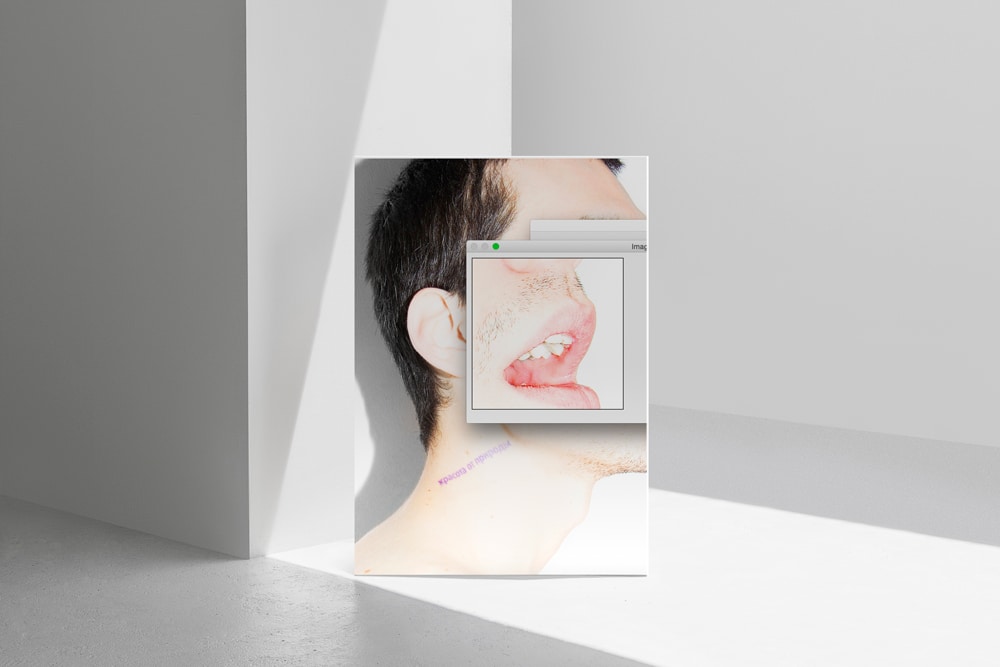 Trump’s administration is trying to define ‘transgender’ out of existence

The U.S. government is in the process of dealing yet another blow to the LGBTQ community, this time by attempting to, quite literally, define trans people out of existence. Led by the Department of Health and Human Services, the government seeks to formulate a legal definition of ‘sex’ under Title IX, a federal law that bans gender discrimination in education programmes funded by the government. According to an unreleased memo obtained by The Times, the new definition would declare sex as an unchangeable biological condition based on the genitalia assigned at birth. The memo adds that any dispute over one’s sex would have to be resolved by genetic testing.

Should the definition be approved by the Justice Department, it would roll back on Obama-era regulations that loosened the definition of gender in federal programmes and suggested the gender was subject to an individual’s choice and interpretation rather than the sex they were born into. The new definition would thus deprive roughly 1.4 million trans Americans from federal recognition and limit their access government-funded services, such as education and health-care.

While the majority of headlines cite the president’s name in association with this horrendous policy proposal, it is crucial to remember that he is only a front man. Yes, he is an enabler of a sinister cause, but focusing the attention mostly on the president distracts us from the fact that there is an entire web of conservatives orchestrating this calculated attack on America’s LGBTQ community, and specifically on the trans population. Roger Severino, the director of the Office for Civil Rights at the Department of Health and Human Services (and the mastermind behind the notorious memo), regards the concept of trans as “radical gender ideology” and refers to the Obama-era regulations as a “culmination of a series of unilateral, and frequently lawless, administration attempts to impose a new definition of what it means to be a man or a woman on the entire nation.” Let us also not forget Attorney General Jeff Sessions, who back in 2017 determined that the 1964 civil rights law does not protect trans people from employment discrimination, stating that “Title VII’s prohibition on sex discrimination encompasses discrimination between men and women but does not encompass discrimination based on gender identity per se, including trans status.”

We must name and hold accountable the officials at the Department of Education, who merely a month into the administration’s term in 2017 rolled back on Obama-era regulations that allowed trans in public schools to use whatever facilities that correspond with their gender identity and currently refuse to investigate civil complaints by trans students who are barred from entering the bathroom they wish to use. We ought to remain outraged by the actions of military generals who successfully pushed to ban trans people from serving in the military and the U.S. officials at the United Nations who currently seek to remove the term ‘gender’ from UN human rights documents and replace it, in most cases, with the word ‘women’. We cannot give a free pass to any public official or a community or a religious leader who promulgates hateful and discriminatory sentiments against trans people, for this rhetoric contaminates public opinion and ultimately materialises into policy.

Members of the LGBTQ community have organised robust protests throughout the week in response to the administration’s memo; they held two major rallies in D.C. and New York (more are planned for the weekend) and have flooded social media with the hashtag #Won’tBeErased. Yet, we must ask ourselves: is that enough? After all, this isn’t merely a trans issue or a queer issue, but a human rights issue. It is inconceivable that an entire segment of the population is on the verge of being wiped off the federal lexicon (which as history indicates is one step before being wiped off period) and only queer people and close allies of the community raise their voice in protest. People must understand that an attack on one is an attack on all and that the dehumanisation of a minority, no matter how small, ultimately deprives the entire society of its rights and instigates the crumbling of its Democracy. Just like the women’s march or the Muslim ban or the separation of migrant children—this should be an issue that unites the entire country (or a significant portion of it at least) under one banner and serves as a piercing alarm to all.

“First they came for the socialists, and I did not speak out—
Because I was not a socialist.

Then they came for the Jews, and I did not speak out—
Because I was not a Jew.

Then they came for me—
And there was no one left to speak for me.” 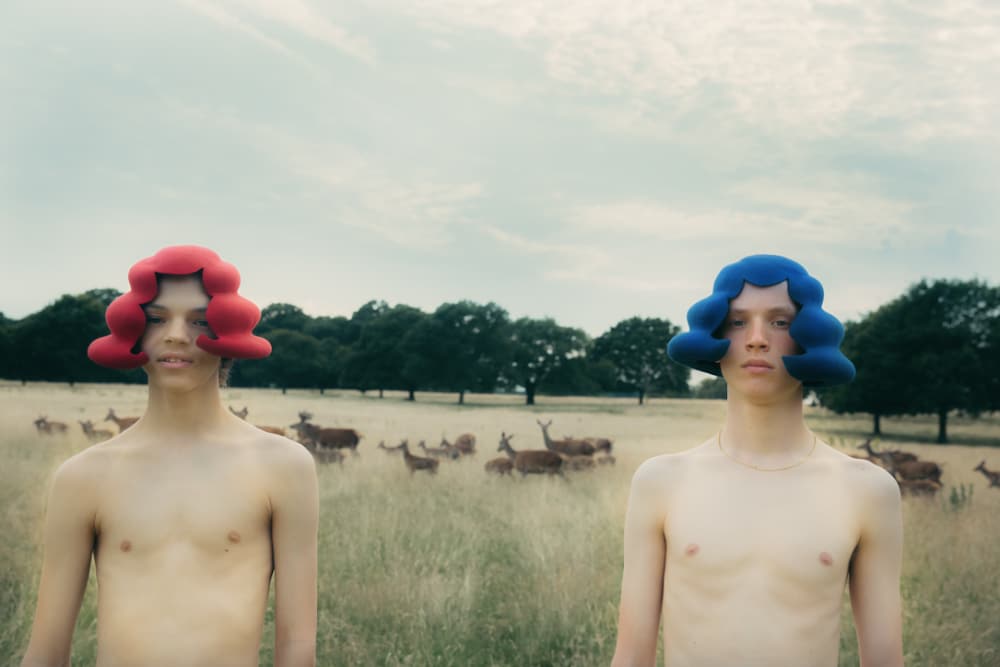 Being ‘gender fluid’ and tackling the binary, whether that’s toxic masculinity or what’s expected of your gender, have only recently entered the conversation among the masses. Toxic masculinity has become a popular debate, from what it means, to the effects it has on society and men themselves. It’s also what inspired the photography series Blah, Blah, Blah, Genitals, a social experiment exploring the formation of gender identity in boys.

While couch surfing through Barcelona, creative duo Julia Falkner and Lorena Hydeman wanted to ask the question, how do boys see manhood? With all these debates around what it means to be a man today, has toxic masculinity become a thing of the past?

We sometimes have a rose-tinted lens towards the future. As generations progress, there’s this idea that those that come after us will be more open-minded. McCrindle’s consultancy predicts that there are 2.5 million more Generation Alphas being born every week. These are the children of millennials and born around the year 2010. Generation Z is those born around the 2000s. These generations are expected to be the longest living generations as well as the wealthiest.

In order to respond to this, through family and friends, and with the permission of their parents, Falkner the photographer and Hydeman interviewed and photographed 17 boys aged between 6-16 on what masculinity meant to them.

Dressing up in what is usually deemed to be feminine clothing and playing with makeup, Falker noticed that though the boys enjoyed experimenting with this treasure chest of options, they were also aware that they couldn’t wear this to school in case they were made fun of. “All the boys were really intelligent and shooting with children is always a raw and honest experience but the one thing I did notice was how open the boys depended on which parent/guardian was in the room”.

Many of the boys had one thing in common: their fathers were not present in their lives and those that were raised in single-parent households were more receptive to feminity. “When I asked Rio, who was playing basketball and was already wearing basketball shorts, what he wanted to wear, he went into his mother’s wardrobe and picked out her wedding corset,” says Hydeman. “What was endearing was when he was trying it on, he was saying how he felt so bad that his mother had to wear this on her wedding day and he was just so empathetic towards her”.

When speaking to Screen Shot about how the experiment reflected different minorities’ relationship to gender fluidity, Hydeman said that what became clear was the impact of what fathers thought on the children’s choice of clothes and makeup. “One thing that stands out to me is this conversation I was having with Taye and Tyrell’s mum and how their dad didn’t want them to be a part of it. Coming from a Jamaican background, there’s this alpha male machoness that was prided on. Almost as if how tough your boys are mirrors how much you’ve left an impression on them”.

During the process of the experiment, the creative duo themselves said they had to check their own stereotypes; who they thought would be the least receptive participants to the experiment, often turned out to be the most engaged. For example, boys in their teens were just as open-minded as six-year-olds. “Most of the boys became more feminine than I thought they would,” says Hydeman. “I misjudged them and thought that the sporty boys wouldn’t want to wear heeled boots but that was the complete opposite.”

When exploring how masculinity and toxic masculinity has shaped these boys’ lives, what was apparent was how toxic masculinity in Generation Z and Alphas would perhaps look different from what it does today. Throughout the experiment, what was clear was how the boys, especially the younger boys, were open to the idea of wearing a dress. “They realised it’s just a silhouette at the end of the day,” Falker and Hydeman both say.

While talking to the boys about what it meant to them to be a man or a woman, both Falker and Hydeman reported how respectful and appreciative these young boys were of the women in their lives—something that might have been shaped through discourse around women’s rights. “Maybe toxic masculinity had to become so bad that the next generation would want it to be different,” says Hydeman. Maybe this is a sign of better things to come. A sense of hope and openness via the younger generations ahead.

Blah Blah Genitals went on to be exhibited at the Photo Vogue Festival 2018 in Milan as part of the group exhibition, Embracing Diversity, and as a solo exhibition at Galleria Lattuada.