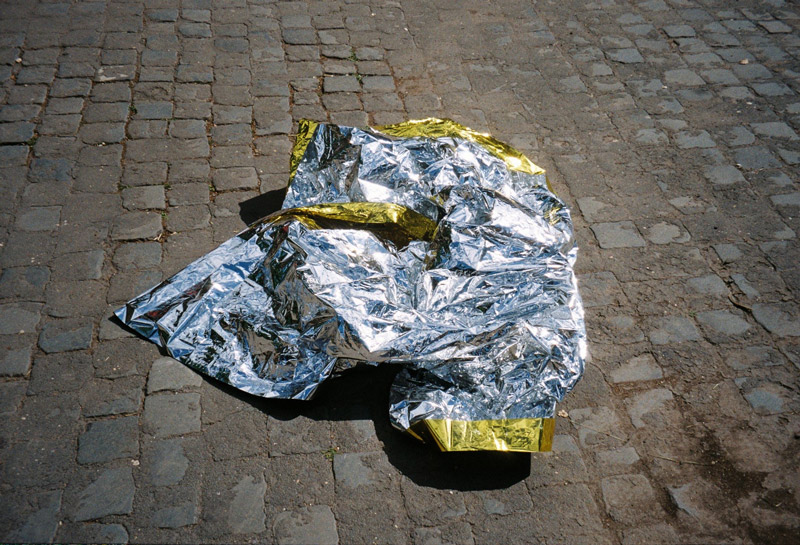 A recently published research by the housing charity Shelter showed that there are over 320,000 homeless people in the U.K. At the same time, London rough sleeping hit a new record high, with an 18 percent rise between 2018 and 2019. The mayor of London, Sadiq Khan, described this as a “national disgrace” and blamed the crisis on welfare reforms and a lack of investment in social housing. As true as this statement is, what does this mean for those who are left to exist without a home? Can we, as a society and with the help of new technologies, fill our government and councils’ shoes and come up with a solution to this seemingly unsolvable growing problem?

Machine learning might be the solution. StreetLink, a homelessness charity that enables members of the public to connect people sleeping rough with local services that can support them, along with a team of data scientists backed by the Alan Turing Institute, has recently been looking into how machine learning could help improve the decision-making process that goes on in homelessness support. Very soon, AI could decide what to do when passersby report to StreetLink as they spot a person sleeping on the streets.

While AI interfering in charitable projects to deepen human interactions can sound worrying to some, in this case it could mean being more supportive of homeless people, and some cases even save their lives. Since StreetLink started offering its services across the U.K. in 2012, it has encountered the same problem: humans are too vague and sometimes unreliable when they call the company to report of rough sleepers.

When someone calls StreetLink to alert its team and network about a homeless person seen on the streets, they are requested to give a detailed description. Whoever is calling needs to include the rough sleeper’s gender, clothes, location and condition. Most of the time, the description is not complete enough. After receiving the call, StreetLink’s support team needs to go over the information again and make the tough call of whether or not to alert local response teams to find the rough sleeper.

At the moment, because the decision and analysis of the information given by callers is made by humans, just one in seven alerts processed by StreetLink actually results in the homeless person being found. When the weather conditions are particularly bad, there is a spike in the number of alerts, which puts StreetLink’s staff under an overwhelming amount of work. Machine learning could simplify and optimise the whole process.

Using information from past decisions, Alan Turing Institute’s team of data scientists has created a machine learning model that automatically categorises alerts. Once put into place, it would give StreetLink an immediate sense of which alerts should be prioritised—essentially taking over the decision making process from the staff. This model is set to be implemented for the first time in London over the coming months.

Meanwhile, in the U.S., Eric Rice had already seen the potential of machine learning in solving homelessness. As a professor of social work and co-founder of the University of Southern California Center for Artificial Intelligence in Society (CAIS), where he and engineering professor Milind Tambe developed predictive models for public health interventions, Rice works primarily on issues of housing and HIV prevention for homeless youth.

In Los Angeles, homelessness is measured on a much larger scale than what we are witnessing in the U.K.—an estimated 53,000 people experience homelessness on a given night, including 3,000 between the ages of 13 and 24. Just like StreetLink’s machine learning model, Rice’s one predicts and picks up the most at-risk cases. Rice, as well as members of many other community-based organisations, then go to the ‘selected’ rough sleeper to provide help.

CAIS has recently gained traction with a $1 million state grant to deploy its California HIV Research Program through 2020. The U.S. might soon adopt his model, but Rice is thinking bigger already. He shared with OZY that he’s now working on developing predictive models for suicide prevention on college campuses and endangered animal poaching in Africa.

StreetLink’s project would be a smaller-scale version of what is already being used in Los Angeles. And while the concerns surrounding AI making choices for marginalised communities should not be cast aside, it is clear that the world needs the help of innovative technologies, even if only to make these problems seem less insurmountable. 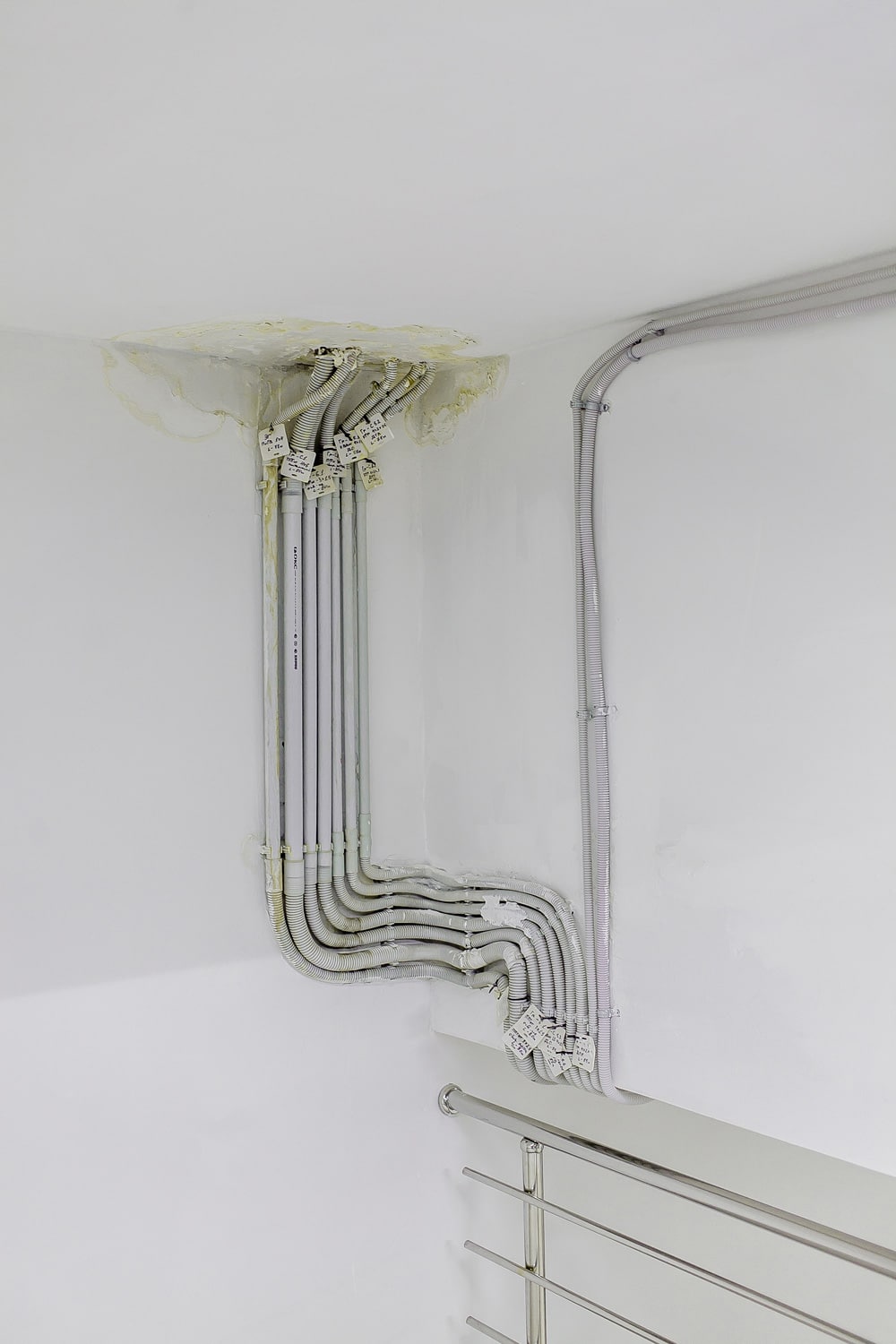 The world’s first 3D-printed community is on its way

With today’s housing costs becoming higher and higher every day in close to any major city that you can think of, the idea of a low-cost 3D-printed village sounds almost too good to be true–according to a report by the Resolution Foundation, one in three of Britain’s millennials will never own their own home.  Could low-cost 3D-printed houses be the solution to enjoying the privilege of ownership?

New Story, a non-profit organisation that builds homes for families in need, has partnered with the start-up Icon to create the world’s first 3D-printed community. The project will start this year and will utilise Icon’s newly unveiled 3D printer, the Vulcan II. According to New Story, this machine will print homes that are affordable, resilient and sustainable.

In March 2018, the printer had already created its first low-cost house in Austin, Texas, in less than 24 hours by piping layers and layers of concrete, with only a roof and windows needing to be added at the end. According to Icon, this printed home cost less than $4,000 to print.

New Story’s soon to be built community project will be located in Latin America, and would serve families without access to adequate housing. When finished later this year, it is promising to house more than 400 persons.

Alexandria Lafci, co-founder and head of operations of New Story, told Fast Company that the home recipients are hardworking families, “They work incredibly long hours in pretty dangerous, semi-toxic conditions, and part of their very little compensation is the shelters that they are given”. For these families, housing usually comes with their job, which means that they are often bound to the work accommodation they receive.

New Story hopes that this community of houses will bring local inhabitants the chance to find new work as well—devoid of the reliance on factory housing. The average family in the community is made of four individuals who are living on less than $200 per month, a combined salary far too low to ever be able to afford this kind of house in other circumstances.

While all of this sounds very promising, criticism of the project following its announcement showed people’s concern with the quality of the 3D houses. How could they be that cheap and still offer more than just a shabby roof over people’s head? Although the project seems to put a lot of attention into the homes’ aesthetic, can their longevity be assured with the impact that Global Warming is having on our planet now, and in the forthcoming years?

New Story partnered with the design firm Fuseproject to offer what it believes to be quality architecture. Alexandria Lafci explained that, “Even when populations are seemingly vulnerable, or seemingly will accept whatever is given, that’s not an excuse to not really push to have the highest quality of whoever you’re working with.” This raises another concern, one about craftsmanship. If 3D houses are the next big advance in architecture, surely this means that any profession that involves craft expertise will be changed, if not be replaced by machines. Jason Ballard, the CEO and co-founder of Icon explained to Wired, “You could print a house in the shape of a Fibonacci spiral if you wanted to. It’s just as simple as printing a square.” It’s fair to say that building this kind of house would cost far more than $4,000 and would employ a crew of builders for more than 24 hours.

Much like New Story, other similar projects are on the rise too; in Austin again, Icon is partnering with the real estate investment company Cielo to build housing for the homeless. While in France, a family has become the first in the world to move into a 3D-printed house. But the small village in Latin America will be the first project of its kind truly working towards creating a community around those homes.

Even though Vulcan II will only be breaking grounds in Latin America and the U.S. this year, Icon is actively accepting requests for 2020—meaning you will soon be able to create your dream house and have it built in 24-hours.

While this idea of a 3D-printed village sounds promising, questions should arise from this new way of creating communities. Innovation, technology, and social changes are factors that constantly transform creative industries. Does this mean that we will be able to accomplish more with the help of 3D printers, or are we slowly but surely killing any craftsmanship that we have left? Surely this can be considered good news for people that don’t have access to appropriate housing, and designing with greater social and environmental impact is necessary. Let’s just hope these 3D-printed homes last the test of time—and extreme weather conditions.