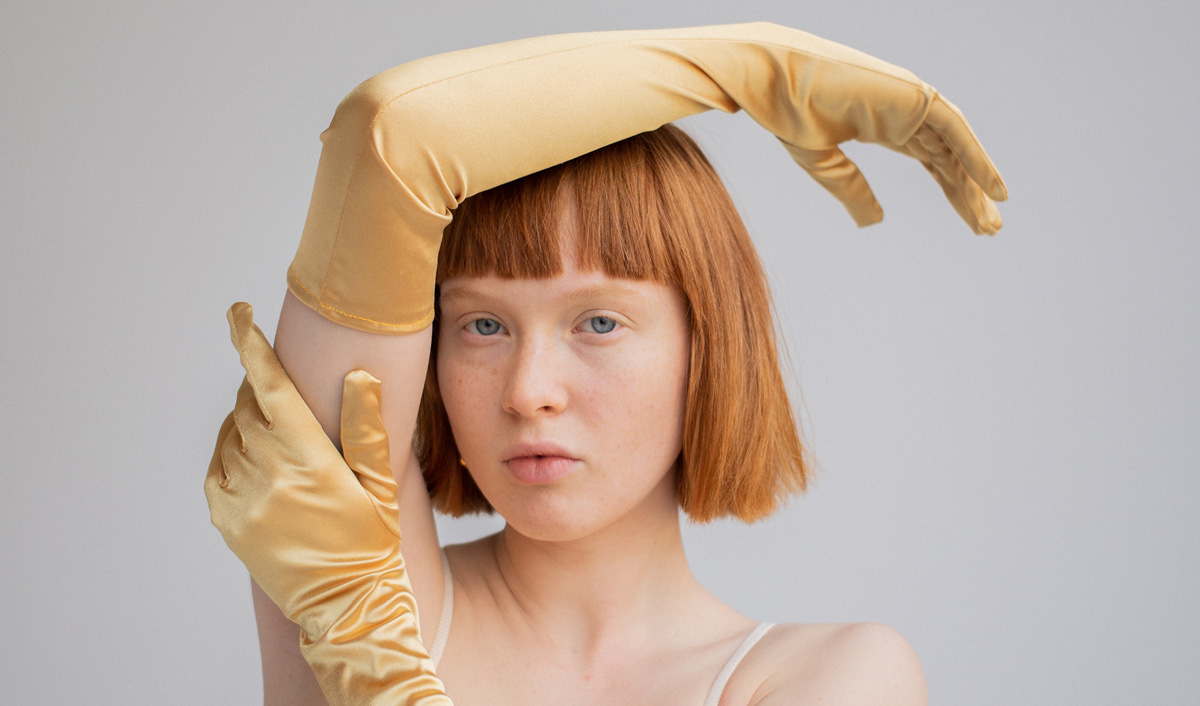 OnlyFans, the subscription platform that allows users to pay in exchange for access to their favourite influencer’s exclusive content (which can range from anything like suggestive pictures and X-rated videos to workout routines and food recipes), has temporarily paused services for all of its Russian accounts. Up until now, the UK-based tech company had been one of a few well-known Western companies that had continued to operate in Russia since the country’s invasion of Ukraine. But don’t get mistaken, the recent restrictions aren’t driven by humanitarian reasons, but rather by a technical issue.

According to The Independent, the company said in a statement to Motherboard that “OnlyFans is a creator-first business” and that “over the past few months we have explored several options to continue providing our services to creators impacted by the Russia/Ukraine war. However, due to a further tightening of payment restrictions to and from Russia, OnlyFans can no longer properly serve our Russian creator community. As a result, we are taking steps to temporarily pause accounts where payments are received in Russia.”

This isn’t the first time that OnlyFans has done this either, as back in February when the latest invasion into Ukraine first began, Rolling Stone reported that Russian creators on the platform received a message from support that read: “Please be informed that your country is not supported for payouts, therefore we are unable to assist you regarding that matter at this time.” This restriction was lifted shortly after.

All online creators based in Russia have been stifled by restrictions across the tech board, such as by YouTube, Instagram and many payment operators including American Express and Mastercard—as well as, critically, being partly banned from the SWIFT framework that underpins many financial transactions.

Simply put, OnlyFans has had to enforce such restrictions due to the fact that the platform is unable to support payments that are generated by the tech company from creators and users, and it is unclear as to how long this will remain in place. Sadly, this means that the livelihood of all online creators is at stake—with many (if not, most) relying solely on social media platforms such as OnlyFans, Instagram and YouTube as their main source of income.

However, the latest change in such policies is forcing the media generation to rethink and recourse ways of getting paid for services. Is this the chance cryptocurrencies have been waiting for in becoming a blanket form of transactions globally? Well, it’s starting to seem as though it might be. This is, arguably, the first major real-world test as to how ordinary people will start to value cryptocurrency.

There is one vital necessity Russian creators could purchase to continue their online communications, a VPN—allowing them to access the broader web outside the country. Of course, due to financial restrictions, foreign-based VPN providers don’t accept Russian bank cards, but they do take Bitcoin. Although Russia is in fact one of the world’s largest miners of Bitcoin, it is still not the biggest—making it vulnerable to further sanctions just like SWIFT.

However, blocking crypto transactions could undoubtedly prove more challenging because digital currencies are designed to exist, for the most part, without borders. 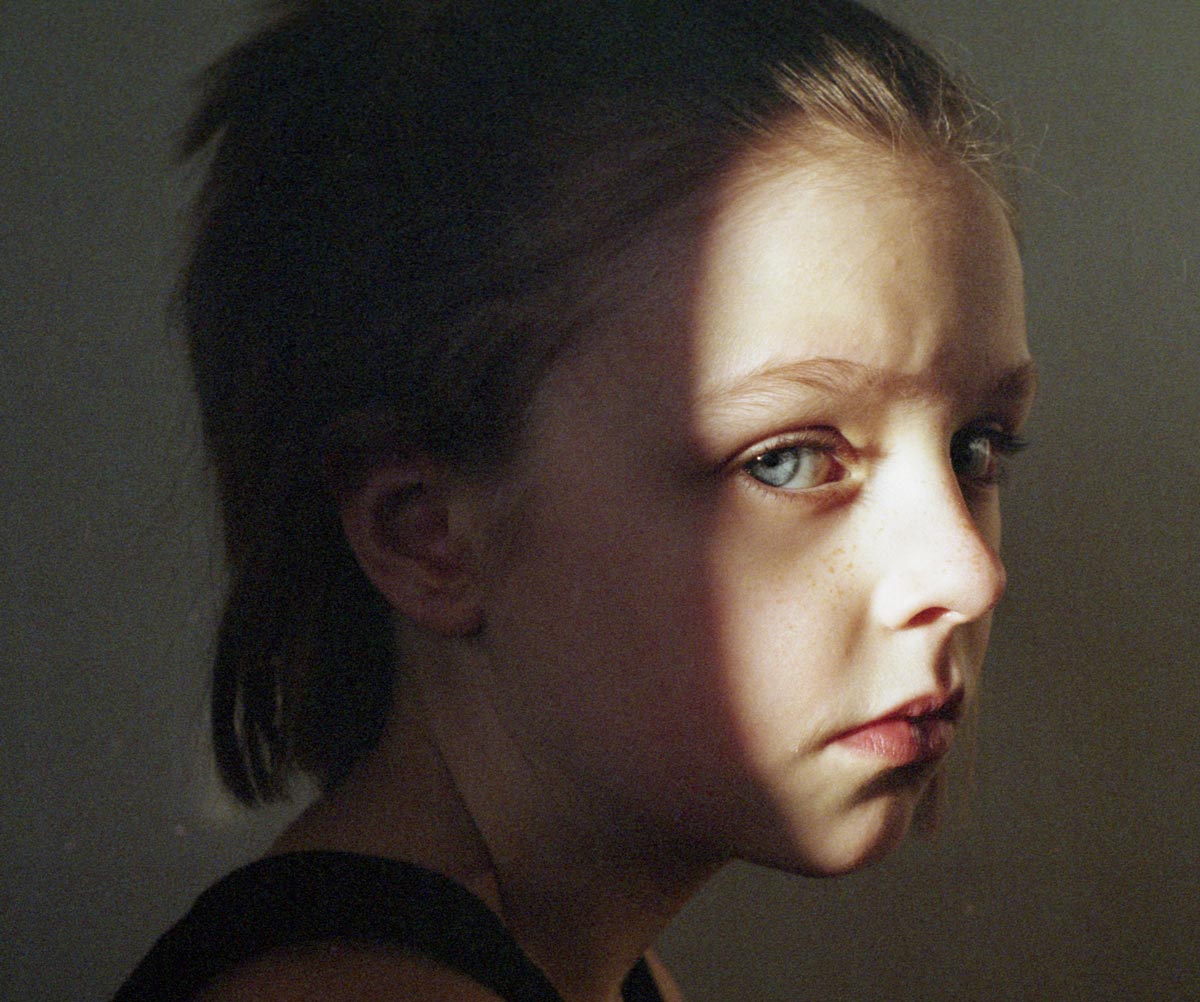 On 1 July 2016, British entrepreneur Tim Stokely launched OnlyFans, a subscription-based platform that allows creators to charge fans for the content they share. Fast-forwarding to 2021, OnlyFans has been dubbed “the hottest social media platform in the world” with over 1 million creators and 100 million users. While DJ Khaled and Fat Joe cemented OnlyFans’ growth with their own sign-ups, a recent BBC investigation revealed the company’s failure in keeping a particular demographic off its platform: underage users—with children as young as 13 setting up accounts using fake documents of their older relatives.

As part of the investigation, BBC News spoke to several child protection experts and police forces across the UK and US, and obtained anonymised extracts from child counsellors at various schools. The BBC also set up an underage account leveraging a 26-year-old’s identification to show how the platform’s age-verification process could be easily cheated. From ‘co-authoring’ explicit material with older creators to spotting missing children in some videos, the investigation revealed a number of shocking insights regarding underage experiences on OnlyFans.

The case of feet photos and a grandmother’s passport

According to the Hertfordshire Police, a 14-year-old girl had managed to trick OnlyFans’ age-verification system by using her grandmother’s passport and bank details. The money made from selling a plethora of explicit images was then redirected by the girl from her grandmother’s account into her own.

Another case reported by the BBC followed Leah, a 17-year-old girl based in England, who was able to set up an underage account and sell explicit videos by using a fake driver’s licence. She told her mother, Caitlyn, about her original intention of posting pictures of her feet on OnlyFans after making money selling them on Snapchat. However, she quickly escalated into sharing explicit videos on the platform, which raked in as much as £5,000 under a week. The 17-year-old reportedly spent the money to buy presents for her boyfriend including more than £1,000 splurged on designer clothes. The BBC also found comments like “beautiful” and “sexy” under tweets that advertised her OnlyFans account. These tweets sometimes included teaser videos with some users even asking the underage creator to meet up offline.

Leah’s underage account was reported to OnlyFans by an anonymous user in January 2021. This led to a moderator reviewing the account and double-checking her identification document (ID). According to the company, her ID appeared legitimate and no further action was taken. In a statement to the BBC later, OnlyFans explained how Leah’s ability to access the platform was an “oversight” evading a red flag. The company also added that her account was approved during “a transition from one effective ID and age verification system to a new exceptionally effective one.” OnlyFans further highlighted how it checks social media when verifying accounts although there is no particular obligation for a website to investigate. Leah’s mother, however, stated that her daughter’s age was mentioned on every social media account she was on.

Although Leah stopped posting on OnlyFans, her account remained active on the platform for four months after the initial report in January. After being contacted by BBC News, OnlyFans shut down Leah’s page. The platform has also refunded all active subscriptions to her account. But images she previously shared have reportedly been leaked on the internet—leaving the 17-year-old anxious about leaving the house in the fear of being recognised.

According to her mother, Leah has had “big issues growing up and missed a lot of education.” The girl also had an experience where explicit images of her were once shared around school without her consent. The present situation added fuel to her harrowing experiences, with Leah delaying her plans for college altogether. “She won’t go out at all,” her mother said. “She doesn’t want to be seen.”

In terms of ‘co-authored’ content, OnlyFans requires creators to submit documentation proving all contributors to be above 18 years of age. All contributors are also required to be registered creators on the platform. The BBC investigation, however, unveiled a shocking case where an underage user was repeatedly cast in explicit videos featured on an account run by an older creator.

Aaron, a teenager based in Nevada, was 17 when he started making videos on the platform with his older girlfriend. According to his friend Jordan, Aaron didn’t have an independent account on the platform but “got sucked into” appearing in explicit videos posted by his girlfriend, Cody. The duo amassed as much as $5,000 for a single video, which they split among themselves.

“Aaron was elated that they were making such an amazing amount of money for just having sex on camera for other people to watch,” said a woman who has known the 17-year-old for many years. She added how Aaron had a tough childhood and was “very vulnerable to exploitation.” The teen also encouraged an underage Jordan to make videos on OnlyFans. “He used to say: ‘Bro, you can do it. We make so much money a week. It’s easy, you don’t have to work ever’,” Jordan admitted. Although his girlfriend’s account was reported to the police in October 2020, it wasn’t removed until the BBC contacted OnlyFans about the case in May 2021. Aaron, who is 18 now, has broken up with Cody—currently harbouring plans to start his own OnlyFans account.

Then there is the case of missing children being linked to videos on the platform. “In 2019 there were around a dozen children known to be missing being linked with content on OnlyFans,” said Staca Shehan, the Vice President of the National Center for Missing and Exploited Children (NCMEC). In her statement to the BBC, Shehan explained how these numbers have nearly tripled over the last year. While much of the explicit content was self-initiated by underage children, NCMEC also admitted to finding evidence of sexual exploitation and child trafficking on the platform. The BBC further mentioned how a couple based in Florida were charged with human trafficking after selling a topless photograph of a missing 16-year-old girl on OnlyFans.

Age-verification and the “toxic cocktail of risks”

As a response to all the findings from the investigation, OnlyFans said that it would work with online exploitation agencies like NCMEC to raise any potential issues with the relevant authorities. The platform also plans to take swift action and disable accounts if notified. It also claimed to have updated its age-verification system since then to further reduce the chances of cases like these happening again.

BBC News, however, tested the platform’s “new exceptionally effective system” in April 2021. The updated age-verification system requires applicants to upload a picture of themselves holding up their ID cards next to their face. While a fake ID did not work, the BBC investigators were able to set up an account for an underage creator by using her 26-year-old sister’s passport. In this sense, OnlyFans’ verification system essentially failed to distinguish between the sisters despite the age gap.

After setting up an account, applicants must provide bank details to receive payment through OnlyFans. This step, however, is not a deterrent to posting videos and images on the platform. The investigation further revealed how creators can monetise their content by arranging payments through third-party apps. One of the most popular alternatives found was Cash App, with scores of accounts advertising the payment method on the platform—all of this in violation of the company’s guidelines that prohibits the mention of Cash App and its variants.

As critics argue how the government should have acted sooner, child safety experts are increasingly expressing their concerns over the mental risks children are exposing themselves to by appearing on such platforms. According to the notes shared by a Childline counsellor with the BBC, both underage users and creators of the platform include those with traumatic experiences of prior sexual abuse, mental health issues and suicidal thoughts. Although the majority of the accounts are self-initiated, the permanent way forward is rooted in high moderation—thereby reducing the chances of underage users “accidentally stumbling upon” such explicit content.

Innovations like OnlyFans may have “changed internet culture and social behaviour forever,” but it has also blurred the line between influencer culture and sexualised content on social media platforms. Although OnlyFans has had a tremendous impact on various lives over the pandemic, the one they have on such young, mouldable users may just be more etched and permanent.