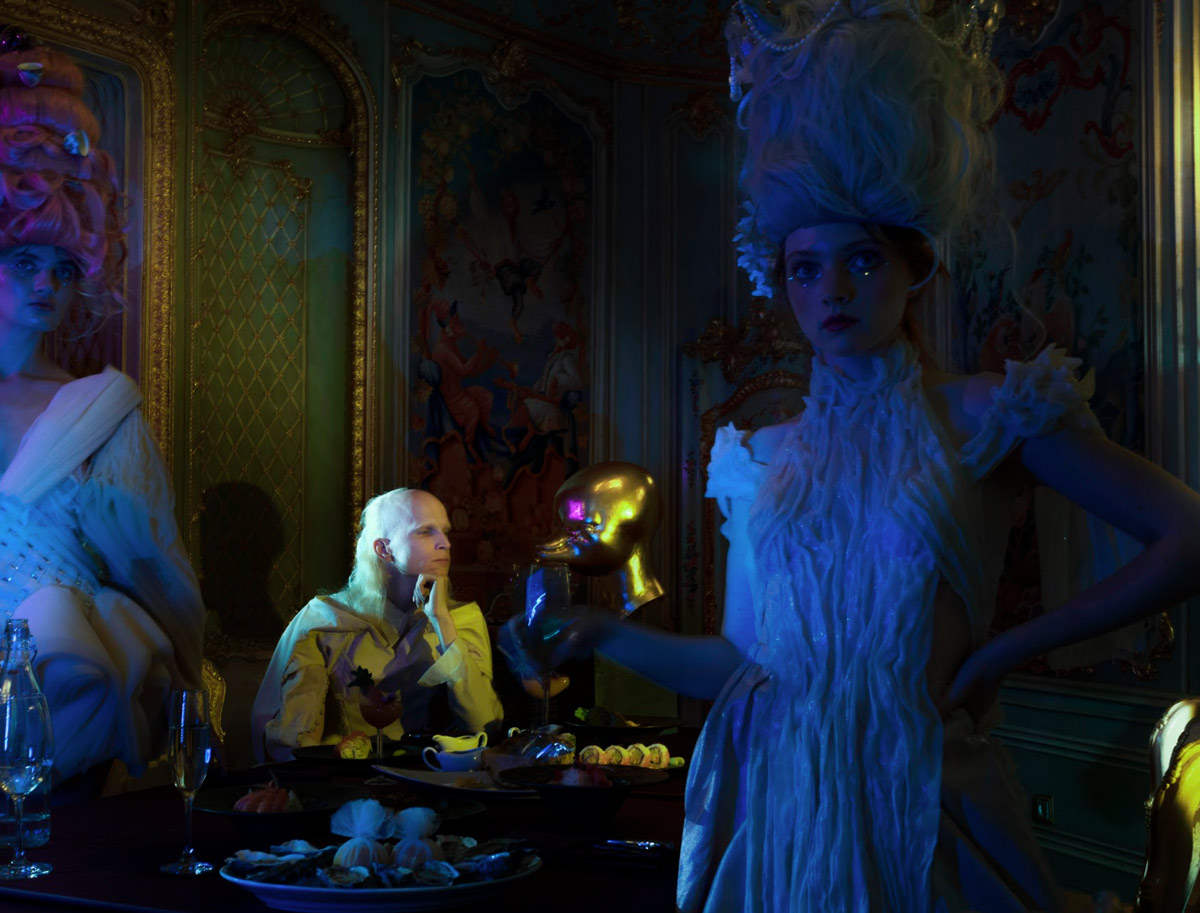 Are you as ready as I am to get back into a hot, crowded and loud music venue? Because there’s an app for that, and it might just be what sets the music industry, and us, free. The app, called Liberty Pass has the potential to allow users to come and go from venues for over 72 hours at a time—it is essentially a passport for COVID-free partying. Yes please. Here’s everything you need to know about the app and the potential changes it may bring along.

The global pandemic forced clubs and live music venues across the world to close their doors indefinitely, which tragically led some to shut theirs for good. Festivals and large events were either cancelled or indefinitely postponed, but for the positive minds out there, indefinitely does not mean forever, and thanks to technology’s ever adapting and helpful hand, we may soon all get the chance to go out clubbing again. Liberty Pass was announced on 30 November at the virtual edition of the annual International Nightlife Congress, which is an organisation committed to promoting nightlife entrepreneurship and its positive impact on society. How does the app work exactly?

How does the Liberty Pass app work?

The app aims to collect official information from collaborating medical centres in regards to antigen tests, PCR tests and vaccines, when they become available. Then, Liberty Pass will update its users’ profiles with a QR code tied to an individual with a green tick if their tests are negative. That beautiful green tick will grant those lucky individuals access to particular venues or events, and their results will remain active for 72 hours at a time. In other words, we will be able to enjoy a full 72 hours raving like never before—if that’s what you’re into. All good things must come to an end however, your QR code will expire, and you will have to produce another negative test in order to do it all over again the next weekend. If you have been vaccinated against COVID-19, that 72 hours will be extended until your vaccine needs topping up.

Ocio de Ibiza, a Spanish association representing the interests of clubs, venues and nightlife on the island (Ibiza) initially announced the app. Joaquim Boadas, the International Nightlife Association’s secretary general spoke to DJ Mag regarding Ibiza more specifically rather than a global audience, and said that Liberty Pass would be used in addition to other safety measures such as hand sanitising and mask wearing. The app will apparently also be used to keep a registry of which events are attended by what visitor to the island, giving facilitators the ability to track and trace when necessary.

I can already imagine what some of you are thinking. Yes, a user could become infected with the virus within the 72 hours of sweet freedom, but Spain Nightlife has sought medical evidence to prove that it takes more than 72 hours for the person to become contagious, meaning, the virus wouldn’t spread while the QR code is green.

If you don’t live or have any intention of visiting Spain, do not fret, because the Liberty Pass app can and will be adapted depending on the countries that decide to adopt it and their own rules. It will also combat fraud as a bonus by requiring users to show ID alongside their QR code (which is associated with an individual name) upon entry.

It is not clear as to whether the Spanish government will give the go ahead to the potential solution becoming a reality in the very near future, but an agreement has been made with the Spanish Nightlife association already and providing that approvals are met, Liberty Pass has the potential to be used as soon as 2021. In places like the UK, there are no plans to adopt similar types of technology as of yet but the country, as well as the rest of the world, may likely be influenced by the idea.

Meanwhile, Michael Gove, UK Minister for the Cabinet Office told Sky News that he did “not plan to introduce any vaccine passports and I do not know anyone else in the government who is planning it,” even after experts warned that nightclubs in particular face extinction due to the COVID-19 pandemic.

Michael Kill, CEO of the Night Time Industries Association (NTIA), spoke to Dazed and said that “The failure in many ways has been (the exclusion of nightlife) from the narrative, as well as the lack of economic and cultural recognition and value, robust financial support packages for businesses, and an exit strategy or direction of travel.”

In the wake of closed venues and curfews, partygoers have subsequently flocked to illegal raves as well as protests around the UK, quite rightly. The music and nightlife industry in particular has suffered a significant lack of support in comparison to other hospitality venues such as restaurants, bars and hotels or even shops, and it doesn’t seem to fit into one of the UK’s newly implemented ‘tier’ systems at all, scotch egg on the side or not.

It is understandable that the traditional nature of these events is different from those that are seated between placemats, however, if adaptations are made to suit one tone of society, more must be made to suit them all. Kill suggests that we stay “tuned in” and keep on “engaging” with our favourite venues in order to support them. On top of that, I suggest that we all contribute to buying music from the artists directly, or buy some merchandise from charities that support musicians and venues, and donate to help if you can. But let’s be honest for a second. The best (and easiest) way to help the nightlife industry would be to go out and visit these venues safely. Liberty Pass took the first step forward, what will the UK government’s next move be? 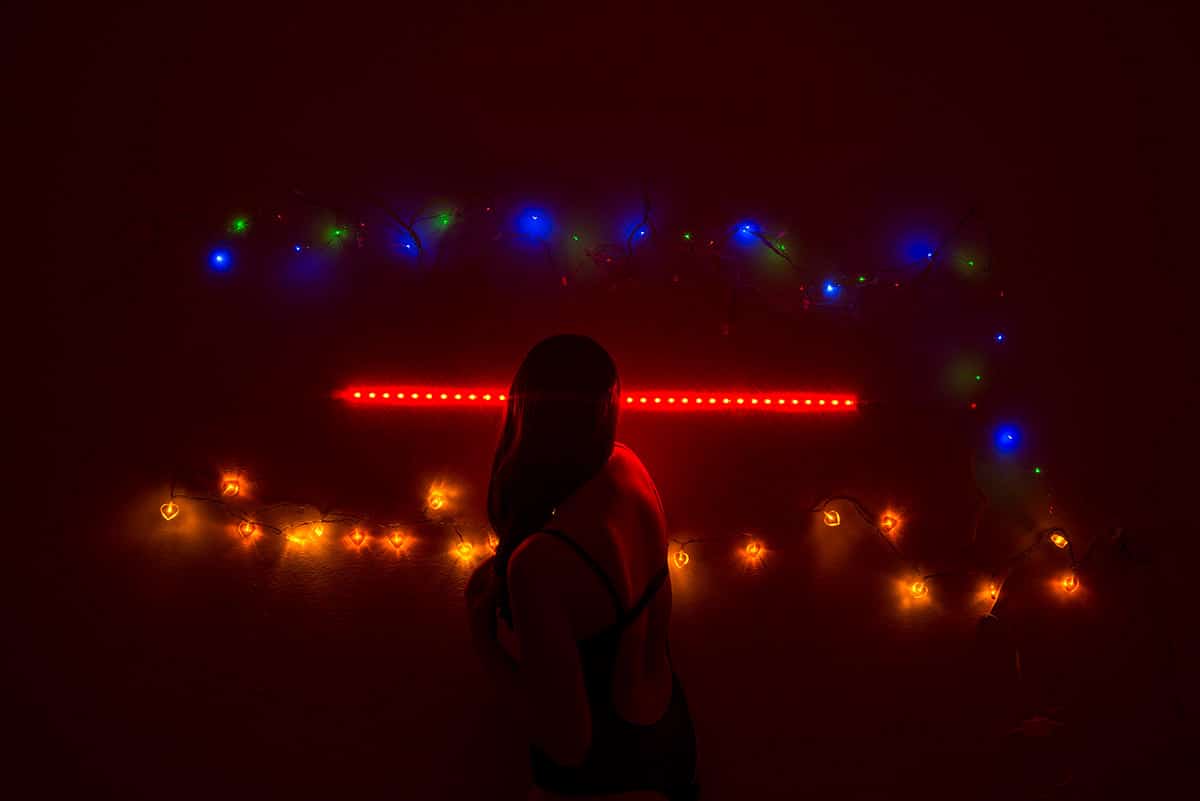 What will happen to nightclubs in the UK?

The music industry is arguably the most collaborative and welcoming of them all, and it could also be said that it is still, and always has been, the unflinching glue that has brought contrasting cultures and communities together for centuries. Nightlife is part of what London, and the UK, is about. When music is being played, the space that it reaches belongs to everyone listening. We are now, more than ever, at risk of losing this community driven space. How exactly can we prevent that from happening?

Nightlife—and therefore nightclubs, which are the essence of it—brought us limitless events to attend, a release from intense working hours, an energy to mingle and meet new people, which all in all allowed us to let our guards down as the night set in. However, the past year has forced this whole world into real darkness, taking the £5.2 billion it contributed to the UK’s economy with it.

David Conde, head of marketing and communications at FOLD told Hypebeast that “If there’s one thing that we’ve learned from closures, it’s that once these venues go, they don’t come back.” Meanwhile, The Lion & Lamb is still fighting for survival through a Crowdfunder campaign and E1 had to go from introducing Site 5, the nightclub’s own outdoor space, to a series of distanced seated events at their venue.

The Cause, a grassroots arts and events space supporting dance culture, London nightlife, independent businesses and positive mental health has also been experimenting with open air spaces during the last month of the summer. But still, London’s vibrant nightlife has been more than heavily impacted.

The sector has been rallying against the government’s decision to keep nightclubs closed even after pubs, bars, restaurants, hotels, theme parks, galleries and hairdressers reopened in July—although only functioning by day until the COVID-19 induced 10 p.m. curfew clocks in. But even when that time comes, we see tipsy pub-goers being emptied out on to the eventless streets, with two options a) to go home to bed or b) to go home and continue.

What makes an event, ticketed or not, that starts at night so much more different than a seat-shuffling restaurant or an up close and personal hairdresser booking, if the necessary precautions are met? Does the virus live more ferociously by night? Sounds a little too boogeyman-esque for me.

What’s next for nightlife events?

The global pandemic has in some ways acted as a reset button for many venues, giving them time to rethink their marketing strategies and plan their future development in general. However, the moment to put these new plans into action never came. According to The Guardian, night time venues have warned they face imminent “financial armageddon,” forcing more than 750,000 jobs to a cliff edge—unless the government provides them with support or greater certainty about when they can reopen.

Proposals written by the Institute of Occupational Medicine (IOM) for the nightclub industry include ID scans for clubbers to assist with test and trace, and thermal monitoring to measure their temperature. These same proposals met the standards of other industries such as hospitality but have since been denied. A report commissioned by nightclubs pledged their commitment towards more intense and frequent cleaning regimes as well as compulsory mask-wearing. These venues where night time events take place are knowingly much larger than those of restaurants or bars, are already equipped with powerful mechanical ventilation systems, which means they can easily allow for facilitated social distancing.

There has been a growing number of illegal raves springing up over the course of the pandemic, which have undeniably put many at risk of contaminating crowds but shouldn’t this be seen more as an incentive to open up alternative events where precautionary measures can actually be put in place? What about the musicians that are living off London’s nightlife—should we not put more focus towards the up-and-coming local musicians who are at greatest risk of losing their dreams and ambitions to the pandemic entirely?

The future of our nightclubs could be at a crossroads, one path leading to the reopening of event spaces where live music can legally take place with safety measures in place such as guests following similar rules to what they would face in any other hospitality complex, which we will have to respect. The other leading to the huge loss of common ground and cultural mixes that these events brought us in the first place.

How can we bring clubs back?

The Eat Out To Help Out scheme has helped many venues get back on their feet, but as nighttime economy adviser Sacha Lord told NME “my fear is for those in the wider night-time economy who haven’t benefited. Not only the wet-led bars and pubs who weren’t included in the offer, but the night clubs, live music venues and theatres which are still closed.”

How can we help our much loved and greatly missed night scenes? There is a petition called Let Us Dance – Support nightclubs, dance music events and festivals, that requires 10,000 signatures for the government to take a second look at what rules are in place and how they can be amended to save nightlife venues from closing their doors permanently.

We can join groups that are showing their support via social media such as Help Musicians or Save Our Scene UK that contribute towards it too, where you have not only the opportunity to join a community of music lovers but can donate, and support musicians in other ways.

If you want to ever attend the special evenings that sofar sounds organised again or see local theatre shows and comedy gigs, we cannot give up now. Legal raves are understandably over for the foreseeable future, but intimate gigs that meet safety requirements do not have to be.