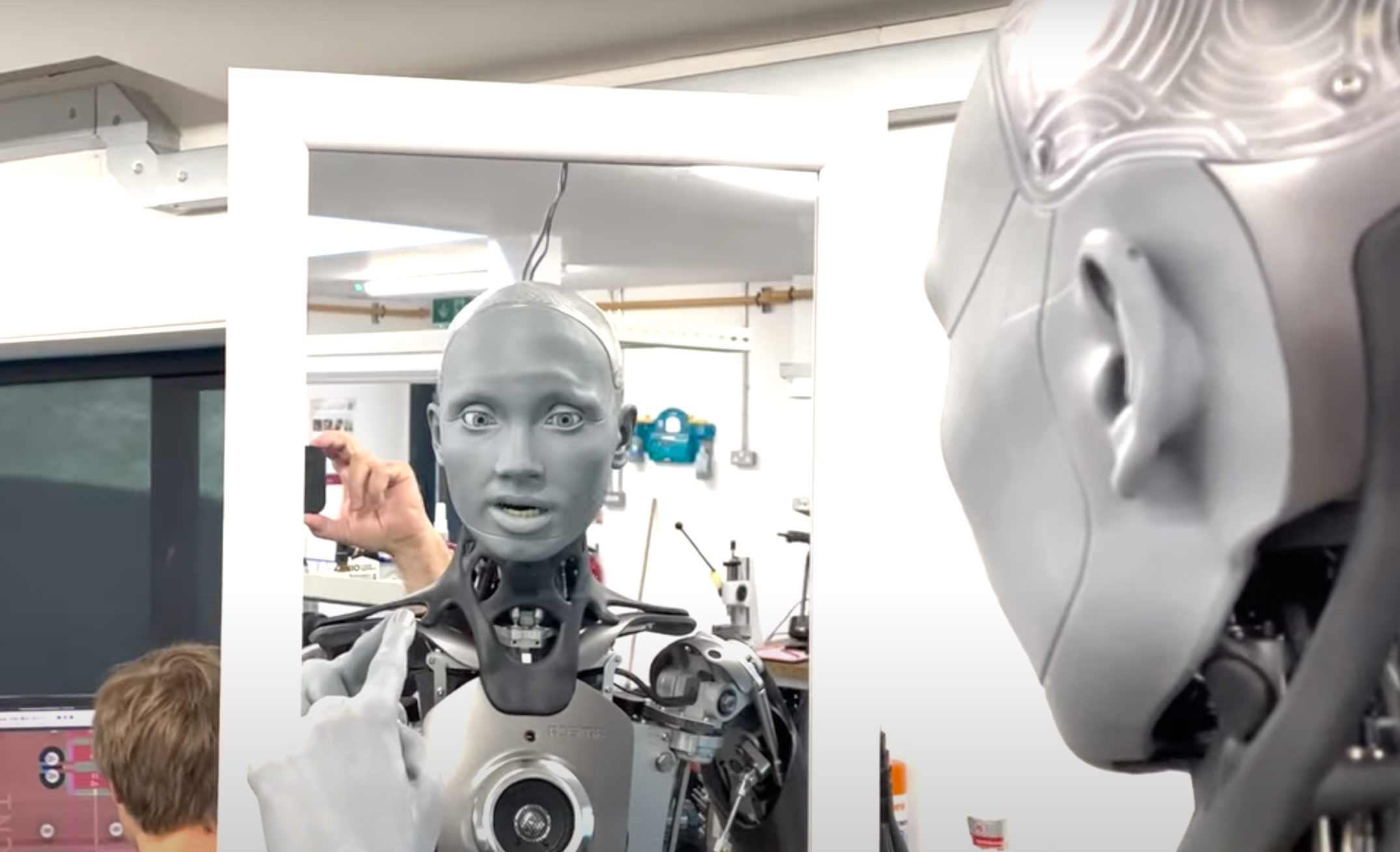 While Boston Dynamics’ ‘robo-dog’ is known for its agility—as well as for being used to monitor the homeless in Hawaii—Engineered Arts’ humanoid robot Ameca is celebrated for, well, its humanlike facial expressions. So much so that it’s safe to say Ameca puts Hanson Robotics’ Sophia to shame.

On its website, Engineered Arts explains that it makes robots for different purposes than the other companies mentioned above. As the UK’s “leading designer and manufacturer of humanoid entertainment robots,” its goal is to provide the world with the entertainers of the future.

“We do robots. True-to-life human characters that make jaws hit the floor and cause delight to ripple through an unsuspecting crowd,” states the company’s website. But in order to create an android capable of replicating expressions that were, until now, limited to humans only, Engineered Arts had to go straight to the source.

What does a real human do? How do they move? Which facial features react to which emotions? The countless answers to these questions are all analysed and recorded in the form of animations by Engineered Arts researchers and then directly implemented into the design process of Ameca’s technicalities.

The robot’s mechanics can only do what a human can, nothing more. Once you’ve got that, then it’s fairly ‘easy’ to automate those expressions. As a born-entertainer, Ameca is programmed to smile and look approachable—although the humanoid can also imitate thoughtful expressions from time to time.

But it’s almost impossible to picture just how human-like Ameca really is until you’ve seen it for yourself. In the video below, the robot is seen discovering itself in a mirror’s reflection, testing out some of its facial expressions and putting its left hand up to the glass, as if it’s trying to figure out what’s on the other side of it.

From smirks and grimaces to frowns and scowls, I bet you’ve never seen something like this before: