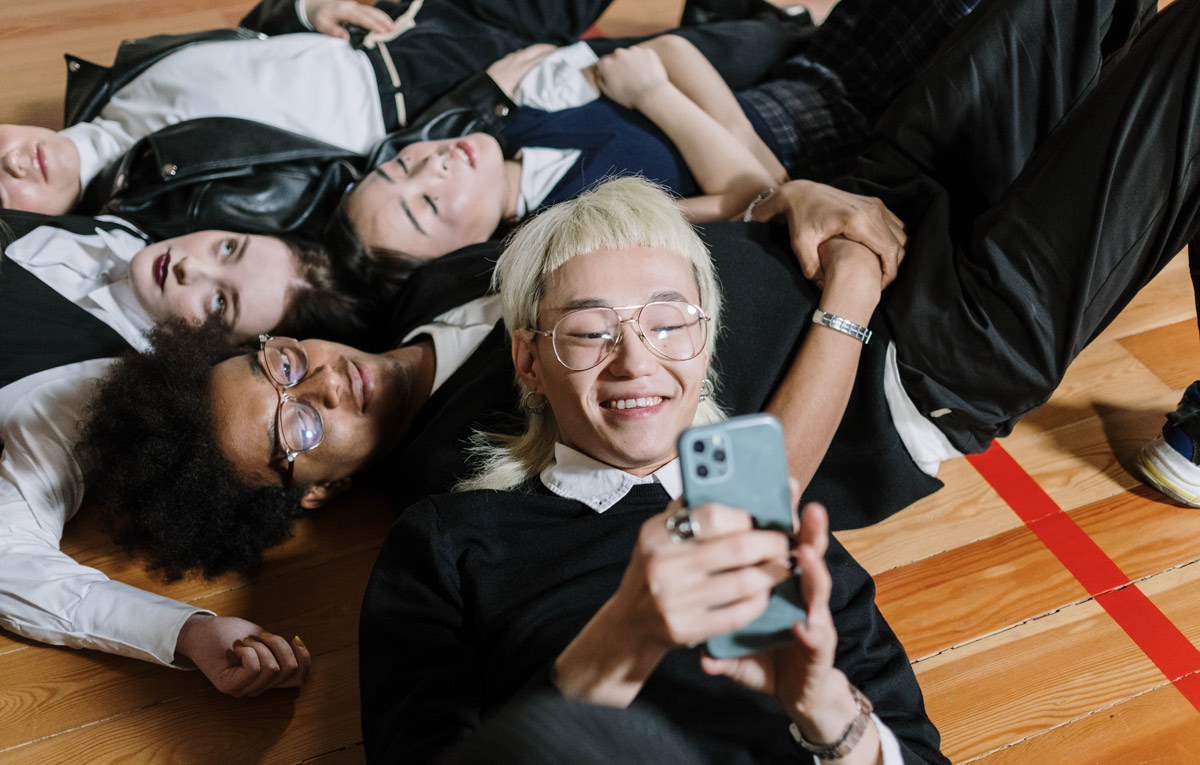 When reached for comment by many publications, TikTok could not confirm the product developments which necessitated the addition of biometric data to its list of disclosures about the information it automatically collects from users, but said it would ask for consent in case such data collection practices began. Here’s where a slight loophole comes in. Although the app said it would seek “required permissions” to collect “faceprints and voiceprints” where required by law, it failed to elaborate on whether it’s considering federal law, states laws or both—only a handful of US states have biometric privacy laws, including Illinois, Washington, California, Texas and New York.

Furthermore, considering the fact that TikTok’s privacy policy, which lists the types of data the app gathers from users, was already fairly extensive, it comes as no surprise that this new announcement worried the US government.

In a letter sent 9 August addressed to TikTok’s CEO Shou Zi Chew, US senators Amy Klobuchar and John Thune say they are “alarmed” by the recent change to TikTok’s privacy policy. In it, both Klobuchar and Thune asked the app to explicitly explain what constitutes a “faceprint” and “voiceprint,” as well as to explain how this data will be used and how long it will be retained.

The senators also quizzed TikTok on whether any data is gathered for users under the age of 18 or whether it makes any inferences about its users based on the biometric data it collects. They also asked the platform to provide a list of all third parties that have access to the data.

“The coronavirus pandemic led to an increase in online activity, which has magnified the need to protect consumers’ privacy,” the letter reads. “This is especially true for children and teenagers, who comprise more than 32% of TikTok’s active users and have relied on online applications such as TikTok for entertainment and for interaction with their friends and loved ones.”

TikTok has been given until 25 August to respond to the lawmakers’ questions.

As most of you may have noticed, this isn’t the first time TikTok’s excessive data collection plans have come under scrutiny. Earlier this year, the company paid out $92 million to settle a class-action lawsuit claiming it unlawfully collected users’ biometric data and shared it with third parties. Some argue that TikTok’s legal team may have wanted to quickly cover itself from future lawsuits by adding a clause that permits the app to collect personal biometric data.

This came after the Federal Trade Commission (FTC) in 2019 slapped TikTok with a $5.7 million fine for violating the Children’s Online Privacy Protection Act (COPPA), which requires apps to receive parental permission before collecting a minor’s data.

This new controversy comes at a time when TikTok has been working to regain the trust of some US users. Under the Trump administration, the federal government attempted to ban TikTok from operating in the country entirely, calling the app a national security threat because of its ownership by a Chinese company. TikTok fought back against the ban and went on record to state it only stores US-based user data in its US data centres and in Singapore.

The platform also said that it has never shared user data with the Chinese government nor censored content, despite being owned by Beijing-based ByteDance. And it said it would never do so, if asked. Meanwhile, although Biden has signed an executive order to restrict US investment in Chinese firms linked to surveillance, his administration’s position on TikTok remains unclear.

The new section was part of a broader update to TikTok’s privacy policy, which included other changes ranging from corrections of earlier typos to revamped or even entirely new sections. Most of these tweaks and changes could be easily explained, though—like new sections that clearly referenced TikTok’s e-commerce ambitions or adjustments aimed at addressing the implications of Apple’s App Tracking Transparency (ATT) on targeted advertising.

Can a cosmetic procedure influence an entire subculture? TikTok’s ‘BBL effect’ proves so

We previously talked about gen Z’s increasing obsession with baby Botox. Administered in smaller doses than traditional Botox, the non-surgical treatment essentially embraces an impending anti-ageing beauty boom among the demographic. But what happens when an invasive cosmetic procedure initiates recipients into a whole new subculture altogether? Introducing the ‘BBL effect’, one of the costliest TikTok trends that everyone can ironically get ‘behind’ free of cost.

Sorry to burst your bubble but ‘BBL’ is not the acronym for ‘Be Back Later’ like it is speculated. The TikTok-native term translates to ‘Brazilian Butt Lift’—a surgical procedure in which fat is removed from various parts of the body and re-injected into the hips and buttocks. Using a combination of liposuction and fat-grafting, the procedure results in added volume, defined curves and an overall lift to the lower contours of the body.

Performed under general anesthesia, a BBL usually starts with a cosmetic surgeon outlining the planned areas of liposuction—a procedure that involves making incisions in the skin and then using a tube to remove fat from the body. The fat here is usually taken from the abdomen and lower back of the surgery’s recipient. Once the fat is collected in a specialised system that separates live fat cells from liposuction fluid, it is then injected back into the marked areas of the butt. About three to five incisions are made again for fat transfer, which are later closed up with stitches. The surgeon quickly follows up by applying a compression garment against the operated areas to minimise the risk of bleeding.

In terms of the aftercare, one factor is a given: you won’t be able to sit on your butt for about two weeks following surgery. You’ll also be advised to sleep on your side or on your stomach until the area has completely healed. Strenuous exercise is also advised against for several weeks. Experts in the field divide the recovery process of the procedure into three stages: the first few days, first several weeks and first several months.

Over the first few days, the recipient can generally go back to work. But a desk job would essentially require them to be either seated on a donut-shaped seat or a pillow placed under their thighs to avoid direct pressure on their buttocks. During the first several weeks, most of the swelling reduces and the bruising starts to heal. This is the ideal period for them to return to gyms and travel on any kind of public transport. The last stage is where the remaining swelling evens out and the transferred fat settles.

According to a recent survey by the International Society of Aesthetic Plastic Surgery, the number of BBLs performed globally has grown by 77.6 per cent since 2015. Dubbed as “the fastest growing cosmetic surgery in the world,” BBLs can range anywhere from $3,000 to $30,000. This demand, however, is considered to be ill-favoured, given the list of side effects associated with the procedure.

Between 2011 and 2016 alone, there have been 25 deaths related to the surgery. In 2017, a plastic surgery task force revealed that three percent of plastic surgeons who performed the procedures had witnessed the death of a patient. Overall, one in 3,000 BBLs have resulted in death, making it one of the world’s most dangerous cosmetic procedures at the same time.

So, what is the ‘BBL effect’ on TikTok?

Pioneered by a New York-based creator, Antoni Bumba, #bbleffect is a TikTok trend playing on the iconic Point Of View (POV) narrative. Users here can be seen channelling the cosmetic procedure into an entire subculture—with a highly specific mannerism, behaviour and fashion sense.

“POV: Someone with a BBL goes to the gym,” a video title reads, as the TikToker proceeds to lift a pair of weights emphasising her butt in the workout. She then engages in a highly superficial activity of pout-sipping a drop of water from a glass tumbler—all the while fixing her hair behind her ears with ‘those hands’. Those hands, you know, the ones you pull when your nail polish is air-drying. Your fingers would avoid touching each other while your nails social-distance from everything on Earth. It’s almost as if you’re constantly waiting for someone to take and kiss the back of your hand while exuding a royal aura.

Another video features a TikToker role-playing a Pope after getting a BBL done. Sitting cautiously on the couch, the user is seen flipping their cape instead of hair and sifting through the pages of the Holy Bible before staring into an aesthetic distance. Although there is a significant amount of backlash in the comments section, the video goes on to show the versatility of the procedure in itself.

From restaurants to community pools and graduation ceremonies, recipients of the BBL are alleged to have faced an evolution in terms of their attitude and fashion style after the procedure. Their character is now a bad bitch incarnate—constantly fixing their hair, fluttering their lashes and brooding into a distance while holding three-ply masks two inches away from their faces. All of this, done to the same chaotic TikTok audio ‘Knock Knock’ by the 19-year-old Atlanta rapper SoFaygo.

Although the trend was started by Bumba, many have jumped on with their own spin-offs—including the contrasting POV of “someone who doesn’t have a BBL.” Often spotted heading to beaches and pool parties, a non-BBL recipient on TikTok is someone who refuses to take off their pants in the sun or hides behind hand towels. The TikTok trend has also inspired #lipfiller POVs, currently at 1.1 billion views and counting.

Be it to mock or merely manifest the cosmetic procedure, TikTok’s ‘BBL effect’ is out there and multiplying as we speak. Neither is the trend exclusive to women on the platform nor is it necessary to go under the knife to jump on it. And even if you are “someone with a BBL,” you’re more than welcome to head over and share your experience. TikTok is bound to listen.