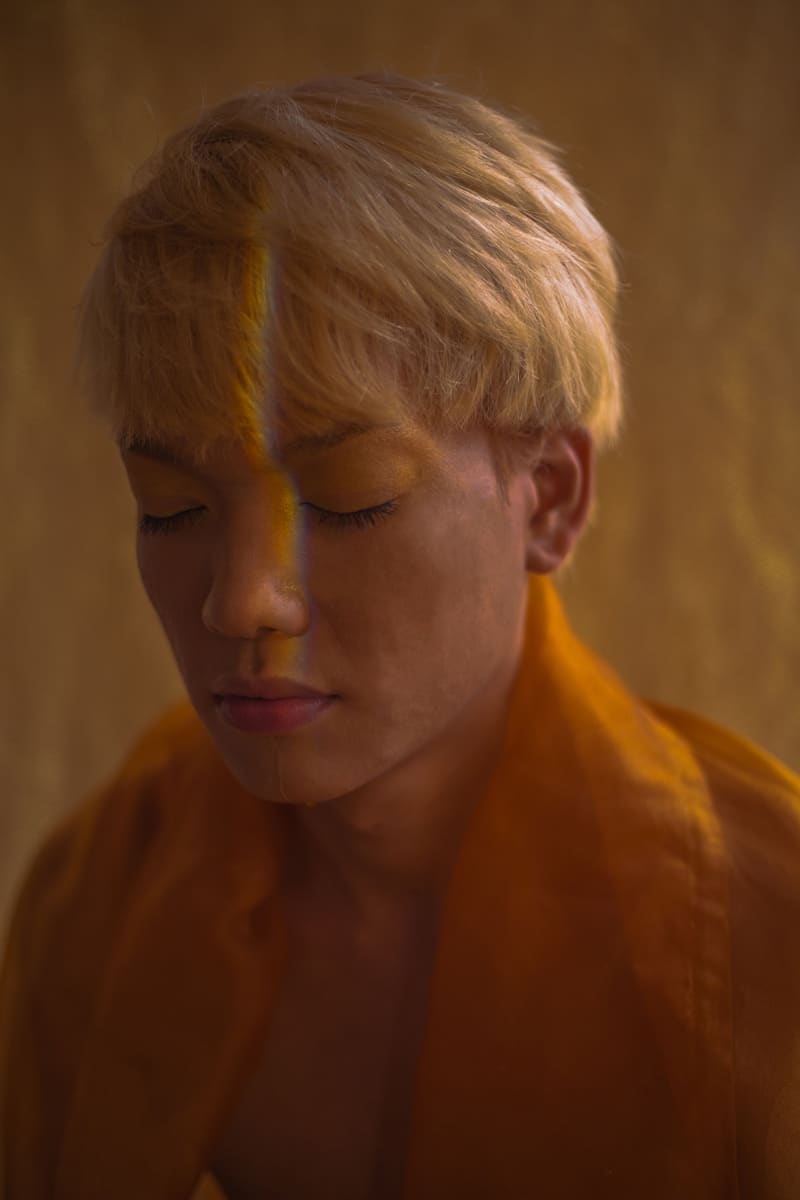 Finsta accounts are on the rise, but what is a Finsta?

Finsta accounts are on the rise, but what is a Finsta?

What is a finsta?

In an attempt to reclaim privacy, intimacy, honesty, and humour, ‘finsta’, or fake Instagram, is freeing Instagrammers from public scrutiny and encouraging free, unfiltered sharing with their closest friends.

An ambiguous username, paired with a nondescript photo, private account settings and often less than 100 followers are recurring characteristics of finstas. Usually the secret sister account to users’ main, public accounts, the trend was started among influencers and gen Z with a similar goal in mind: privacy. For influencers, it was a matter of having an account without tens of thousands of people watching and criticising their every move. For gen Z, and increasingly for millennials, the reasons are more nuanced.

Artist, writer, and Slanted House Collective co-founder Ruhi Amin, says her finsta lets her feel a sense of freedom when posting content. “I realised how curated my Instagram was becoming due to the fact that my family and certain other individuals follow me on there—also because now insta is a means via which people find jobs or connect with other like-minded individuals, we don’t necessarily feel complete liberation when posting,” says Amin. “That’s why I made my finsta, so that I felt totally free and at ease when uploading content that is truly me,” she adds, “There’s no hesitation and I upload these images purely for myself, not because I want to appease a specific niche or crowd.” As a result, finstas present a more raw and unedited version of the account holder and posts are more likely to be spur of the moment rather than well thought out, acting as ‘a cathartic digital release’.

For many, finstas also act as a rejection of Instagram’s consumer-focused algorithm, as finsta-owners are less likely to follow influencers and brands. They also reject social media as a form of social capital and validation: images aren’t posted to gain significant likes, and private profiles mean followers can be kept to the bare minimum. The freedom that this provides is particularly enticing for queer people and women of colour, according to Amin.

“I’ve noticed that when it comes to queer people and POC women, or women in general, they voice their opinions a lot more openly on their finstas. Whether this is due to fear of being fought back against in the comments on their regular insta, I don’t know, but there’s a general sense of safety within your own personal finsta,” says Amin.

As the negative impacts of social media on mental health become more acknowledged, from the manipulation of users by capitalising on human need for social connection to the addiction causing mechanisms ingrained in the app (to the extent that Instagram has started trialing hiding likes in certain countries) it is fair to question whether creating a second account and spending more time on networking apps is actually productive.

Finstas, though, appear to have a contrasting effect when compared to their ‘rinsta’ counterparts. Behaviours commonly acknowledged to cause negative mental health impacts on Instagram, such as the constant comparison to other people, the need to present a perfect, curated version of yourself, and the inability to be completely truthful with your followers become obsolete on finsta.

“My Finsta has genuinely helped me express certain emotions I’ve been going through during the past few months,” shares Amin. “I woke up the other morning feeling anxious as hell about a past relationship and my direction in life, so I decided to post a finsta about it and I kid you not, felt 12 times better immediately after. It’s so weird that social media can do that, huh?”

Without the stress of strangers, colleagues, potential employers, exes, and family watching you, a sense of freedom is gained and the former stress that many people feel on Instagram becomes negated.

While some might argue that avoiding Instagram altogether is the best way to get privacy, avoid fear of public backlash, and be the truest version of yourself, it’s not so easy in a world that is increasingly geared towards social media and fostering an online presence. Finsta is a rejection of the most negative parts of the traditional Instagram, allowing expression within the constraints of an inherently flawed platform. 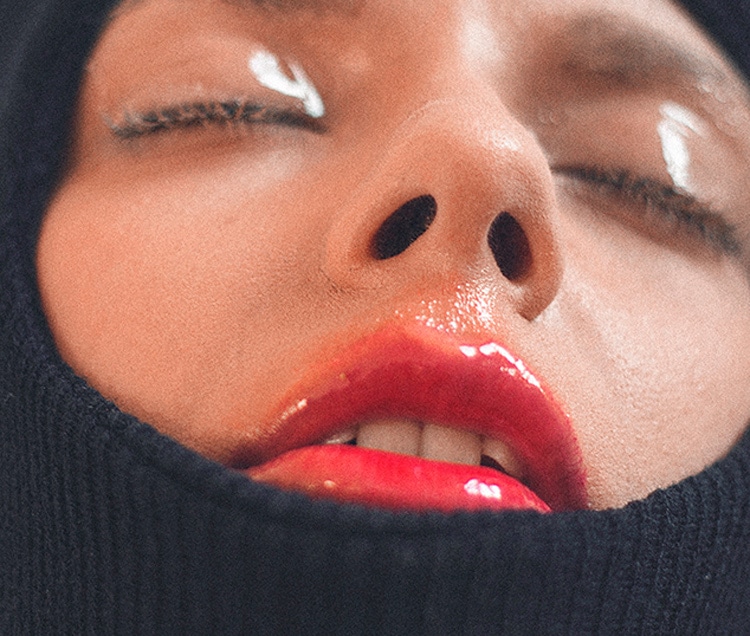 A new hashtag has popped up in our timelines, and of course, you guessed it, Screen Shot can’t help but dissect it. The hashtag #Instagramtransparency is being used under posts that show a different side to the dreamy beaches, toned abs, sponsored products, and #couplegoals we see across our explore pages.

This new trend is about showing the downs as well as the ups in our lives across the social media channel, and to start an honest conversation about our less glamourous lives off screen. Whether that’s talking about mental health, the reality behind landing some cool jobs for Nike or Adidas, as well as the things ‘no body sees’. #Instagramtransparency is the embodiment of trying to show that what you see on Instagram is not completely genuine—something we all know by now, yet often struggle to digest when the success of others is thrown in our face on an hourly basis.

At the moment, the hashtag has 656 posts after @toriwest sparked the movement earlier this month, with freelancers like @sararradin sharing their thoughts on the subject. The contents across the hashtag don’t all follow one aesthetic, but all sport a confessional description of people’s struggles. In a world where teenagers can’t remember their lives before documenting every social gathering, and where millennials have been able to create jobs from social media, Instagram is essential. We can joke about memes, we can even kid about how much we all wake up to an algorithm but over 1 billion of us log into the app and share much of our lives with strangers, who most of the time believe they know us by what we give them.

The idea behind #Instragramtransparency is to start a conversation beyond the optics—to talk about the hustle and the struggle that lays behind each glistening post. But what happens if even what we’re sharing under the transparency ethos isn’t the whole truth either? Validating #Instagramtransparency also comes into the equation here. To play the devil’s advocate, Instagram has shown us, and through this hashtag too, that the platform equals to a form of scripted reality, so what is it that we’re trying to show through this woke hashtag and how exactly is it a step away from a curated feed?

Regardless of the message you are trying to share through #Instagramtransparency, there’s a reason why influencers are starting to use it. The hashtag humanises the people behind accounts and makes the experience relatable—it’s a way of showing the other side of the story. But I question the smokes and mirrors the hashtag comes with. What feels like a great intention to display authenticity also seems tainted with what Instagram is continuously obsessed with: self-promotion and marketing.

How do we show authenticity to a following that forgets even our username from time to time? Authenticity itself seems to have become marketing jargon when in reality, by definition, it is the opposite of complexity, it is to simply be yourself without filtering the content you post to connect with a certain demographic or awareness trend that month. #Instagramtransparency is a great way to start talking about what happens behind closed doors but we also need to check why we’re now speaking out about the topics we ourselves have biasedly chosen to hide in the first place.

#Instagramtransparency appears to be a way of whitewashing the pretty locations with deeper meaning, but if we are trying to have a go at how fake we can all be sometimes, we also need to step away from sharing only what’s palatable first. If we’re trying to show the plethora of journeys people have to go through to get to where they are and to what they have, it needs to be by a wide host of people, not just influencers. If not, the conversation on Instagram isn’t moving forward, it’s just at standstill.