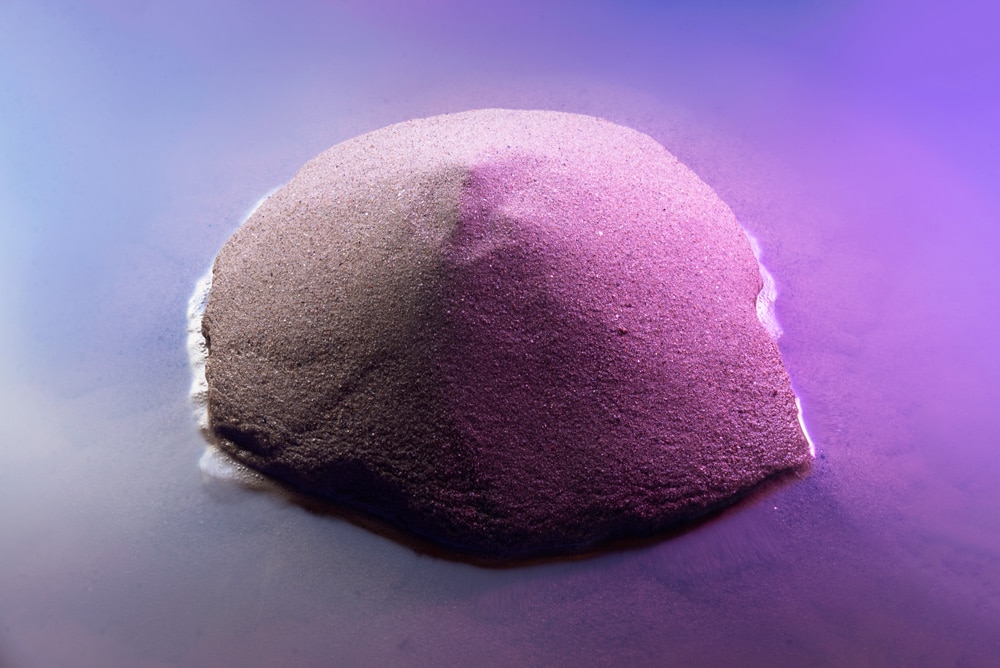 Move over pedestrians, Bezos has stuff to deliver

In cities across the world, from London to Beijing, delivery robots have been deployed in order to test out a service that could potentially remove human interference from the last leg of the delivery process, which is often the most costly and problematic. Unsurprisingly, Amazon constitutes one of the pioneers on the delivery-robot front, and earlier this year the company has launched a fleet of mini six-wheeled robots named Amazon Scout, which trailed the streets of Snohomish County, Washington. Throughout the trials, Amazon Scouts carried anything from groceries and ice chests to packages and delivered them to customers’ homes (under the supervision of human babysitters). Yet, uncertainty lingers regarding the robots’ future and chances of success.

Under the current shopping climate, it is understandable why the notion of having robots deliver our goods has surfaced. Over the past several years, people across the globe have drastically increased their reliance on online-shopping services, and now expect products to arrive swiftly to their doorsteps. The rising demand in delivery services resulted in congestion of city streets that are inundated with vehicles dispatching packages. In an interview for Scientific American, Paul Mackie, Director of Research and Communications at the Arlington, Virginia Mobility Lab, said that “Deliveries are trending upwards in all dense city centres, and if city and state leaders don’t start thinking about innovations like robot deliveries, we can expect even worse traffic jams when we’re all trying to get places.” Mackie suggests that by transferring delivery devices to the sidewalks from the roads, cities would significantly reduce both parking and traffic issues.

Naturally, it isn’t traffic congestion that keeps online retail giants up at night, but profits, and it is a growing assumption that by entrusting robots with last-mile delivery tasks, companies could save a significant amount of dough. The New York-based firm McKinsey & Company issued a report last year in which it contends that once manufacturing of such robots is streamlined and technology enables them to become completely autonomous, companies such as Amazon would save billions of dollars in expenses.

Amazon isn’t alone in the race, however. One of Bezos’ sworn enemies is the San Francisco and Estonia- based Starship Technologies, whose robots have to date carried out an estimated 25,000 deliveries. Starship’s robots, which look like what would happen if Stormtrooper and R2-D2 had a child, operate on a cocktail of machine-learning software, sensors, and embedded digital maps, which enable them to navigate city streets with virtually no human supervision.

But for all the hype around them, the miniature space-freaks that have made appearances on sidewalks across the world still face major challenges that may prevent them from revolutionising the delivery business. One major obstacle facing Amazon Scout and its robo-siblings is how to navigate crowded, often bumpy, urban sidewalks without disruption and accidents. Spontaneous encounters between an absent-minded child or pet and a scurrying robot could prove to be more than unpleasant.

Other than having to perfect their urban strutting skills, delivery robots are expected to encounter another obstacle: human cruelty. Already, videos surfaced of people violating and harassing the robots— disrupting their routes, taunting, and kicking them. Another big issue facing the army of delivery robots is that they may prove to be defenceless against robbery attempts (although some have suggested that automatic locking mechanisms could potentially protect them from thieves).

It remains to be seen whether the pros will outweigh the cons as far as delivery robots are concerned. So far, communities have been sceptical about the little creatures and city governments have been stingy with the number of permits they grant companies to unleash their automated delivery pets in the streets.

What is missing from the debate, however, is a voice questioning the delivery-robot enterprise not merely from a practical standpoint, but from a moral and ecological one. It is troubling that while both companies’ and the public’s attention is focused on smoothing out the delivery process, very little thought is attributed to the fact that such initiatives divert us further away from serious contemplation about the consequences of our online shopping frenzy. We forget that what truly needs to be resolved isn’t the speed and efficiency of delivery, but the volume and frequency of our out-of-control consumption habits, which, whether or not we care to admit it, lead us to our own undoing. 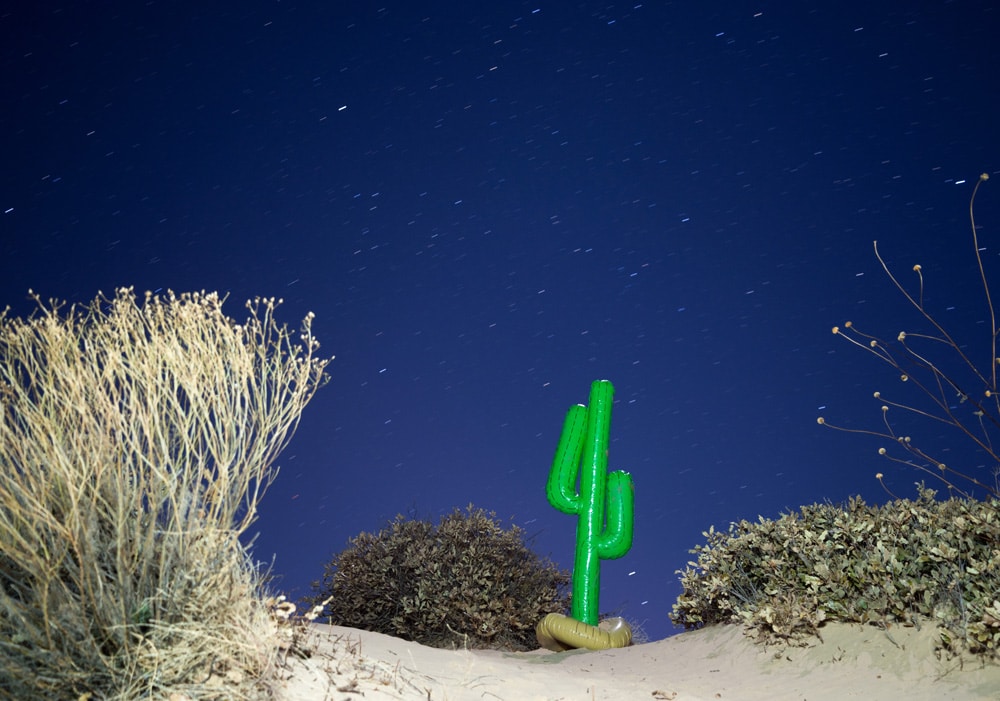 UPS is putting drones in the sky, but not for the obvious reasons

Only two weeks ago, UPS launched its first fully operational and revenue-generating commercial drone-delivery service—surpassing other tries by competitors like Amazon, FedEx, and Uber. For now, it will only deliver medical supplies in North Carolina but this small step should push us to further our thinking on technology and the future. What place can drones have in the future? Maybe it’s time to go back to tech magnate and Amazon founder Jeff Bezos’ predictions about drones filling the skies to deliver our Domino’s pizzas and Amazon packages, and have a look at three sectors where drones are already starting to appear: healthcare, e-commerce, and humanitarian aid.

Drones first started to get noticed in 2013, when Amazon declared that they could potentially be the next big means of delivery. The media got excited but it soon calmed down again when people realised that this concept would probably take ten years to be put into place. And yet, here we are in 2019, and UPS (surprisingly not Amazon) has started flying drones out for deliveries.

The ‘shipment’ was made possible by collaborating with the California-based drone start-up Matternet. The company’s drone, the M2 quadcopter, left its starting point and flew to Raleigh’s WakeMed hospital. This successful try is the first one of many, with UPS programming to deliver healthcare products in other countries as soon as possible. Even though UPS was involved in this project and deserves some of the credit, most of it should go to Matternet.

Not only has the company worked on the test flight with UPS to deliver medical supplies, but it also works in the e-commerce and humanitarian sectors. In Switzerland, Matternet used vans as helipads as moving distribution hubs for aerial package delivery. This approach is very different to the success in North Carolina as it doesn’t require individuals having to interact with the drones, which remains one of the problems for drone deliveries to become ordinary.

In Switzerland again, cities will soon have quadcopters making deliveries to hospitals in urban areas across the country. The idea is the same as the UPS test flight—drones flying over densely populated areas, using automated landing stations to quickly deliver blood and pathology samples.

The third and last sector where drones are being tested is humanitarian aid. Working with Unicef, the company started testing drone flights in 2016 to explore cost-effective ways of reducing waiting times for HIV testing of infants. By cutting waiting times dramatically, this project could be integrated into Malawi’s health system. Unicef representative in Malawi, Mahimbo Mdoe said in an interview published on the NGO’s website that, “This innovation could be the breakthrough in overcoming transport challenges and associated delays experienced by health workers in remote areas.”

Unlike what many people believe about the drone industry, also known as the Unmanned Aerial Systems (UAS) industry, this technology could mean new careers will be on the rise—with roles like technicians, programmers, operators, network administrators, and software engineers.

The first and most important obstacle that big companies will have to overcome in due time is regulation and approval from whichever countries they’ll be operating in. There’s a difference between being granted a test flight and getting a permit for commercial use. Many questions will need to be answered before anything can be approved—how high will the drones fly, in which areas, how much will they carry?

Drone pilot from the production house Stem Studios, Barney seems hopeful about the future in an interview with Screen Shot, “The possibilities with drones are endless, it’s just a new aerial tool that we use to lift equipment. We’ve had hot air balloons, blimps, birds, planes, helicopters—maybe vertical takeoffs and multi-rotor systems are the future as battery tech shrinks. Personal flying vehicles from films like Back to the Future will use vertical takeoff technology, I’m sure.” When asked about the problem of regulations, he said, “They’re set up for ten thousand and more planes that are in the sky at any given time, which is serious work. Drones are relatively new but these same aviation bodies are those who govern it and you can imagine the risk assessment of unidentified objects in the sky. The main limit is the technology, the reliability of lithium-ion batteries, and signal interference weaknesses. As these two parts of tech strengthen, so will the reliability of drones.”

For now, it remains to be seen whether hauling packages in this way is truly cost-effective, and if drones could save us time and money. Improvements must also be made to the drones’ battery life and performance if people are to receive larger items than a pizza. The closest that any company had come to people’s utopian expectations was Flytrex, with its shipping groceries services across a bay in Reykjavik in August 2017—an accomplishment that remains hard to meet in America due to regulatory issues. Let’s hope that Matternet continues to focus on using new technology to solve more important issues than an ASOS next day delivery.