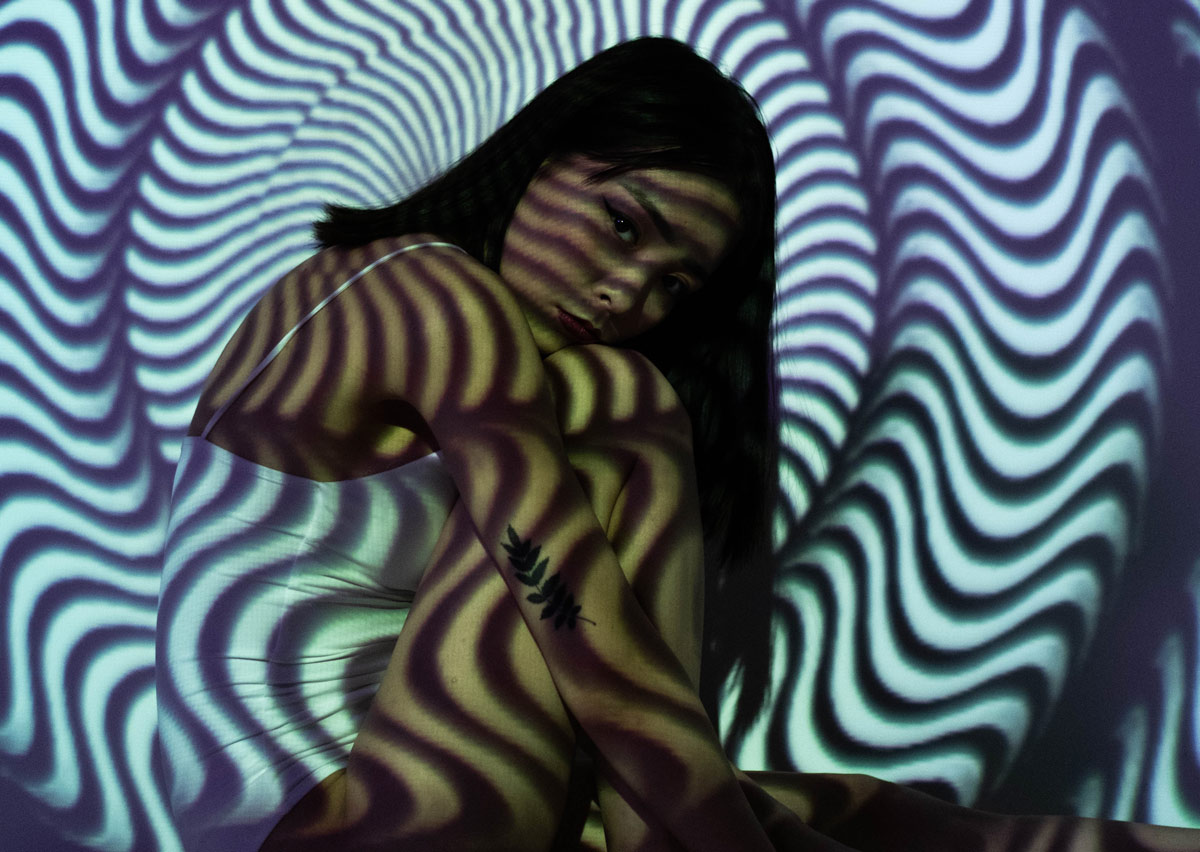 “We help patients unlock the healing power of the mind through Psychedelic Inspired Medicines & Experiential Therapies. Together we can overcome,” reads MindMed’s website. The company is known for discovering, developing, and deploying psychedelic-inspired medicines to improve health, promote wellness, and alleviate suffering in patients. And that’s not all, on Tuesday 27 April, the biotech company went public on the Nasdaq exchange under the ticker “MNMD.” Here’s how MindMed hopes to capture shares of those markets with its alternative, psychedelic offerings.

After its Nasdaq listing debut on Tuesday, MindMed became the latest psychedelic drug developer to use a major US exchange as a pathway to raise money and bring new mental illness and addiction treatments deeper into the mainstream. This listing means the stock now trades on the Nasdaq Capital Market as well as on the NEO Exchange in Canada.

“Shares surged 33 per cent over the counter on Monday ahead of Tuesday’s listing,” reported Investor’s Business Daily. But things didn’t exactly go to plan—in a public market where stocks can do no wrong, MindMed got torched by close, dropping as much as 30 per cent.

That didn’t stop CEO JR Rahn to stay hopeful about the future of the stock listing, who said in a statement that it would “increase our visibility in the marketplace, improve liquidity, broaden and diversify our shareholder base, and ultimately enhance long-term shareholder value.”

And MindMed’s future does seem interesting. The biotech company is working on an array of projects from LSD’s impact on anxiety and ADHD to a compound it calls 18-MC (a non-hallucinogenic synthetic derivative of ibogaine that is in trials for addiction treatment).

And according to an investor deck, industry stats are all good trips to get on. The global antidepressants market is expected to grow colossally in the next few years, from anxiety and ADHD drugs to depression and anti-addiction treatments.

Like many other psychedelic drug companies, none of MindMed’s major projects has generated revenue or profit yet. In a March filing, the company said it expects operating losses to continue and that it expects to incur “significant costs associated with its research and development initiatives.”

It makes sense then that it is looking for opportunities to garner more attention and money. Now, the question is: is the stock a risky buy currently? Although the global psychedelic drugs market has grown significantly in recent years due to an increasing prevalence of mental disorders, depression, and breakthroughs relating to psychedelic drugs, the market still faces considerable risk and uncertainties before it can secure the US’ FDA approvals.

On top of that, the stigma associated with the use of psychedelic drugs is also a big burden. As of now, the psychedelic drugs market remains at an early developmental stage, with most companies still executing clinical trials. This could hinder MindMed’s growth in the near term. “Although its pipeline projects look promising, there remains high uncertainty regarding its commercial prospects and value,” writes Entrepreneur.

The stock soared 773.9 per cent over the past year, mainly because of a surge in the popularity of psychedelic drugs. That being said, uncertainties regarding a timeline for potential FDA approval of its therapies could mean danger ahead. That’s why it would be wise to avoid the stock and simply enjoy psychedelics as a recreational drug for now. Looks like MindMed is about to go on a bad trip… 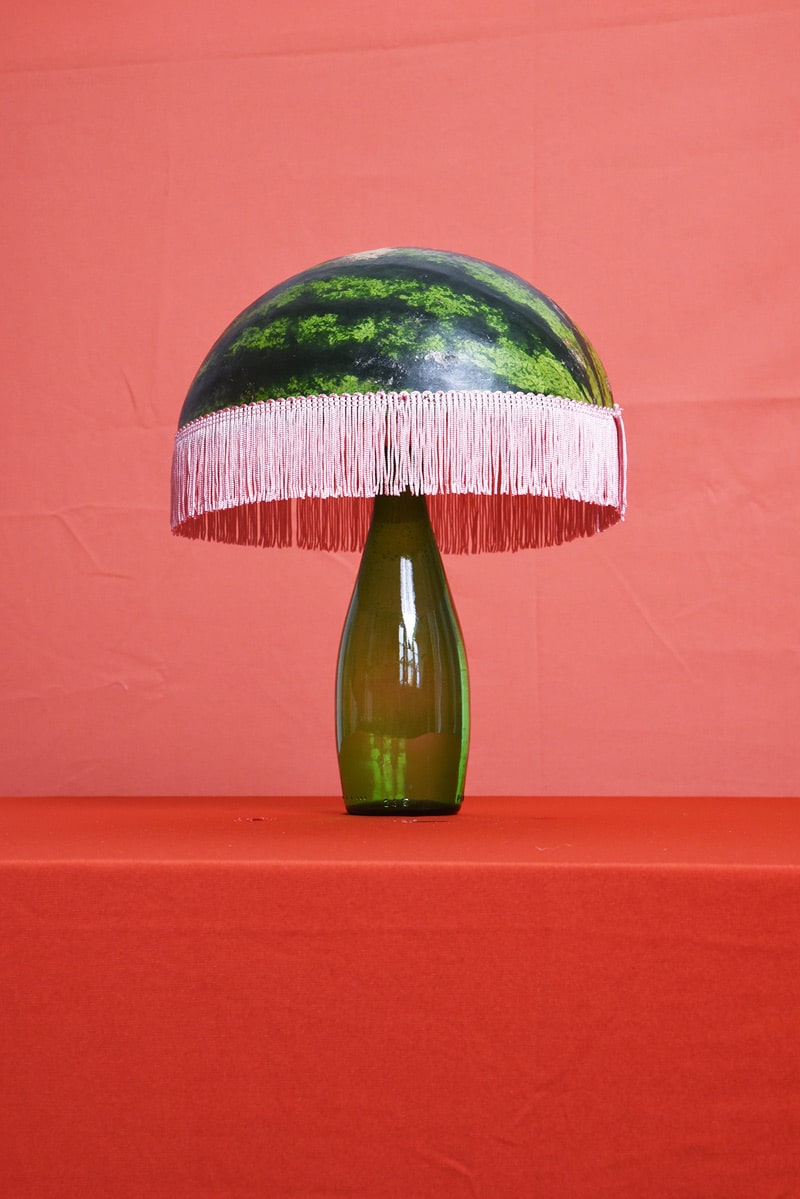 Now, more than ever, we must acknowledge the importance of medicinal mushrooms

Now, more than ever, we must acknowledge the importance of medicinal mushrooms

You heard it here first (or maybe third): mushrooms are having a moment. Plant-based diets are in vogue, and not only are mushrooms replacing the Big Mac, but they’re also used as leather-like alternatives and digesting toxic waste, and are being crushed into medicinal powders. So are countries like the UK and the US finally waking up to a potential that the rest of the world has known about for years?

Unlike other countries in Europe, the UK has mycophobia—an irrational fear of mushrooms. Yes, pick the wrong one and you can die, or get incredibly high. We all know what happened to Alice when she took a bite from the toadstool—she grew inhumanely tall. Fungi have been vilified and fabled into stories as harmful, and have been associated with witchcraft and altered states. As a former colony of the UK, the US has inherited these prejudices. Dr Cornelia Cho, paediatrician and president of the Georgia Mushroom Club explains, “the genocide of the Native American population contributed tremendously towards losing existing traditional lore.”

In other cultures, however, fungi are celebrated. Traditional Chinese medicine has adopted mushrooms for years. Cho remembers receiving dried shiitake by post from her Korean grandmother. Chinese American photographer Phyllis Ma recalls her mum making medicinal broths with a parasitic mushroom that grows on caterpillars. Most white Americans don’t understand how tasty this food can be, having been brought up on canned button mushrooms that taste as slimy as they sound. “Urg. I don’t like to eat those either,” Cho muses. “But frustratingly, the people that try them have made a huge generalisation based on one of the sorriest culinary specimens out there.”

If you’re interested in mushrooms, it probably didn’t take long for you to realise their health benefits. “I found out as soon as I cared,” William Padilla-Brown tells me. A celebrity in the fungi community, William dropped out of high school to follow his passion for farming. After dabbling in the magical variety, he soon realised how important these species were to natural systems and strived to grow his own.

Finding no educational instructors in the area, Padilla-Brown turned to Youtube. “I didn’t have any money or funding, to begin with”, he told Screen Shot. “My set-up was very low tech. I used to hang the mushroom blocks off the ceiling with strings.” Today, Padilla-Brown specialises in cultivating and selling Cordyceps militaris, a parasitic medicinal mushroom that looks like a cheese puff. Not only is it anti-viral, but it boosts energy and can even make you better in bed.

“During this COVID-19 crisis, I wouldn’t want to be without medicinal mushrooms,” Cho tells me. “Most support our immune system.” As a paediatrician, she recommends that her patients eat more mushrooms, period. They act as prebiotics, the soil needed to make probiotics grow, and they can treat a variety of symptoms. “A doctor I know in Indiana read about oyster mushrooms being helpful for eczema. He put them on his sons scrambled eggs every morning and his atopic dermatitis cleared up in weeks. I now offer it as an option for parents.”

Both experts advocate the same thing, food is medicine—an idea still not granted the time of day across the west. Nutrition barely enters into a trainee doctor’s curriculum. Western medicine may have made some giant leaps, but it is reactionary rather than preventative. “By jumping in to solve problems, Western medicine has not actually succeeded in helping people stay out of trouble,” Cho explains.

She quotes the American novelist Wendell Berry, “People are fed by the food industry, which pays no attention to health, and are healed by the health industry, which pays no attention to food.” We’ve become disconnected from what we eat and therefore all that grows. It is this severing from the natural world that Padilla-Brown believes makes us so reliant on western medicine and over-prescribed drugs. Humans are living longer, but they’re also getting sicker and this cycle is feeding greedy pharmaceutical giants.

The US and the UK are approaching this newfound interest in holistic medicine in a typically problematic and western way. What should really be eaten and grown is being reduced to powders to be sold on shelves. When a customer sees these capsules, they can’t truly understand where it comes from. “The demand we have seen from Western countries has trifled our understanding of indigenous uses for these mushrooms,” Padilla-Brown explains. “It has pushed the prices up to the point where the people that use them indigenously don’t have access to them. It’s now more viable for them to sell them.” Cho compares it to the societies whose ancient foods, like quinoa, have become trendy ‘superfoods’, “these then get outpriced for original consumers.”

The solution is to grow your own or at least turn to local and ethical producers. Luckily, if you know what to do, “medicinal mushrooms are relatively cultivatable and expansible,” Cho comments. When Padilla-Brown first started cultivating cordyceps there was no information in English, his solution was to write a handbook.

For him, it is important that information is democratised, so everyone has an equal footing. His focus is on teaching in inner-city, lower socio-economic areas, where there’s less access to resources and education. “It’s beneficial that I am not a stereotypical scientist. I look like a regular street kid,” he enthuses. “I go in and communicate with them on their level and relate to them because I can. I’ll go in and perform music as well as teach people about ecology.”

The photographer Phyllis Ma advocates that you don’t have to be an expert to appreciate fungi. Her colourful still lifes bring mushrooms into popular culture channels, so we can witness each specimen’s mischievous personality. “They’re a lot like people,” she muses. “You come to realise each is distinct when you get closely acquainted.” She’s foraged for mushrooms from Brooklyn to Berlin, as well as sourcing supplies from New York City’s only mushroom farm, Smallhold. Padilla-Brown has also provided her with cordyceps—he explains, “exposing people to new realities is one of the most important things we can do.”

We’re so used to seeing lifeless button mushrooms littering the shelves, that it’s no wonder the UK greets this food with disgust. Phyllis Ma’s photographs, alongside Padilla-Brown and Cho’s work, teach us that there’s so much more to fungi and it’s time we acknowledged it.