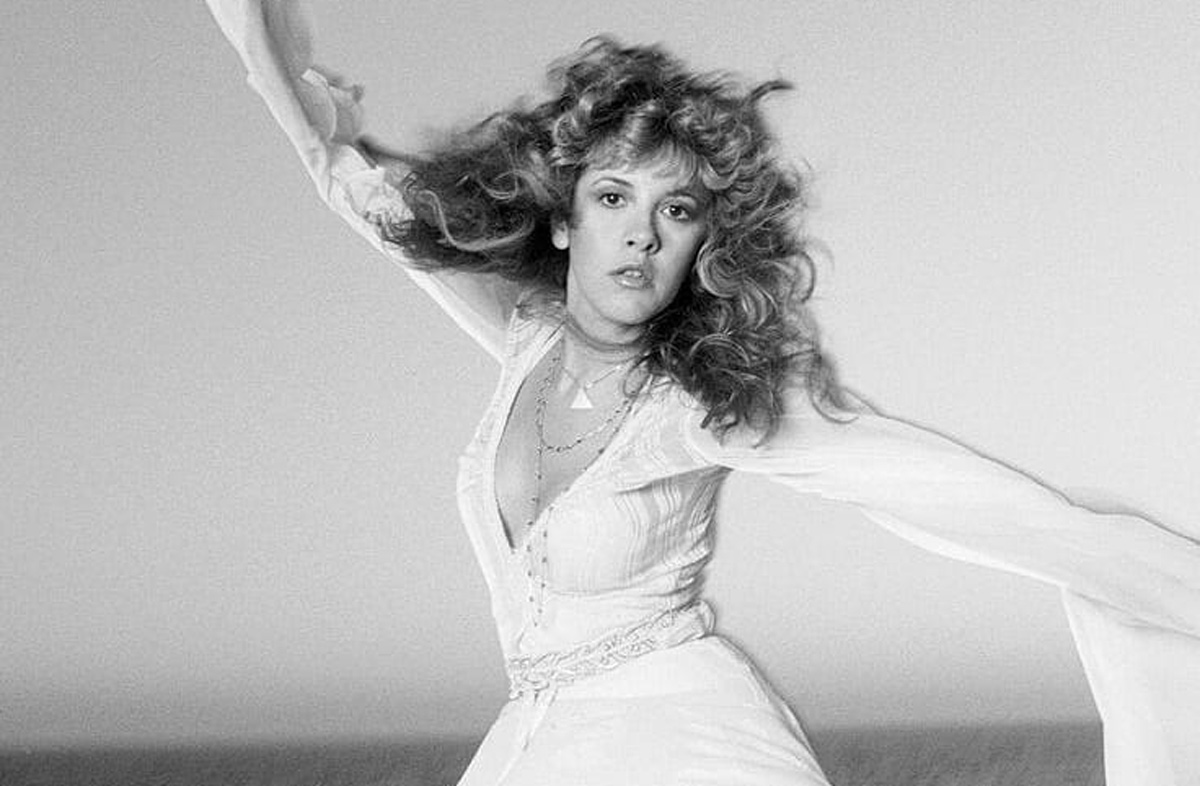 Like many, being on the hunt for a specific aesthetic or epithet of fashion is a task I know all too well. For a while, the things I had been drawn to weren’t particularly part of public fashion discourse. ‘What should I type into Google to get this shirt?’ is often where many of us find ourselves, unable to physically manifest the outfit we’ve fabricated in our heads. It wasn’t until TikTok came around that the quirky niche I had unconsciously been searching for revealed its name. Say hello to whimsigothic.

When it comes to the whimsigothic aesthetic, a name coined by Consumer Aesthetics Research Institute (CARI) co-founder and discoverer Evan Collins, the interior of your home is just as vital as the exterior of your style—with the moody interior design side of the style simultaneously presenting a muted, dark grunge-ness while still managing to exhibit a bright, visceral, inviting warmness. This balance comes from its foundational celestial imagery—the illuminating light of the sun in contrast to the mystical blueness of the night.

The core motifs involved include coloured, extraggavent walls—no boring ol’ white over here—luxe mediaeval elements, stained-glass windows, embellished velvet or chiffon drapery, dark woods, sun catchers, candles, stars, napoleon blues and purples, and earthy tones. Oh, and what whimsigothic home would be complete without a plant room or apothecary (for those green witches out there)?

Among the overarching imagery comes this aptly described (of which the style may get its name) ‘whimsical witch’. Overlapping with clear elements of the mystical magic of soft rock glamour, whimsigothic iconography exists in the legends of the 70s decade—most namely in, who many would agree, the OG whimsigoth queen herself, Steve Nicks. Her uniquely distinct signature style sets her apart in fashion history. i-D’s in-depth timeline of the Rumours pen woman’s aesthetic only further elucidates and cements her within whimsigothic; the mentions of velvet, lace, chiffon used in bell-bottomed, bell-sleeved, flowing outfits—embellished with the core tropes of celestial witchery, of course—and topped with extravagant hats are what make Nicks the clear blueprint. We’re all trying to be gold dust women, aren’t we?

It is the aforementioned elements that, once combined, embody the whimsigoth. At its core, the style has a light, effortless, softness to it in the layering of various fabrics. The canopies built on the figured form with a plethora of sheer fabrics—lace, silk, tulle, chiffon, muslin or netting—aids to amplify this feeling of airiness. This undeniably mystical flow forges the wearer to skate ethereally across the room, or in Nicks’ case, across the stage.

This lightness (and eccentric explosion of colours) often exists harmoniously with an, at times, rooted darkness in the aesthetic. The contrast of opaque material in velvet and forms of silk, create a moody earthiness which can be seen in the style’s colour palette: moody green, that recurring napoleon blue, deep purple, maroon or burgundy and home-y, rich patterns. Not to mention the ever-present glitzy glamorous drama in sequin and sparkle—the imperfect, ‘thrown together’ look is truly a theatrical display of magician chic.

Where does whimsigothic come from?

Despite the obvious references to the 70s—of which its roots are undeniable—that is not when the titled aesthetic was born. The personal comfort found in it comes from a direct tie to not only my childhood but perhaps your own too. While it borrows from the hippie, ‘spiritualistic’ energies of the 70s, whimsigothic—in all it encompasses—was a core expression of the 90s from which much of the dark, moody ‘witchiness’ derives. The aesthetic came at the intersection of the apex of the 90s’ 70s revival—that’s a mouthful, huh? To put it, perhaps too simply, it’s a nice mix of both.

In a time of Charmed, Sabrina the Teenage Witch, Buffy the Vampire Slayer, The Craft, Casper and of course, anything by Tim Burton, the 90s (redefining the 70s in its own way, much like gen Z with Y2K) was undoubtedly the decade of the witch. It is from this era that the previously described moodiness of the interior design style is truly embodied and comes to life. It’s the corsets, bicep bracelets, ornate statement rings, strappy shirts, celestial symbols, hair clips and iconic lilac walls of the 90s (to name but a few) that differentiate it from its earlier form.

Think attic rooms and Persian rugs, the apothecary table obsession or the whimsigothic ‘it’ girls: Christina Ricci, the Charmed sisters, Phoebe Buffay, Buffy, Helena Bonham Carter and of course, Lisa Bonet. A more modern example of a whimsigothic person can be found in Florence Welch. In fact, let me paint you a picture: you’re in the 90s and you’re a whimsigothic main character who goes back to their purple, warm apartment. You pour yourself a glass of red wine into Monica Geller-like ornate blue wine glasses, spilling some on your velvet sage dress. You stick on a mixtape with bôa’s ‘Duvet’ or Mazzy Star’s ‘Fade Into You’—or maybe you have some Alanis Morissette playing followed by some tATu. Your black cat is curled up in a corner while you do a tarot reading. Life is good. 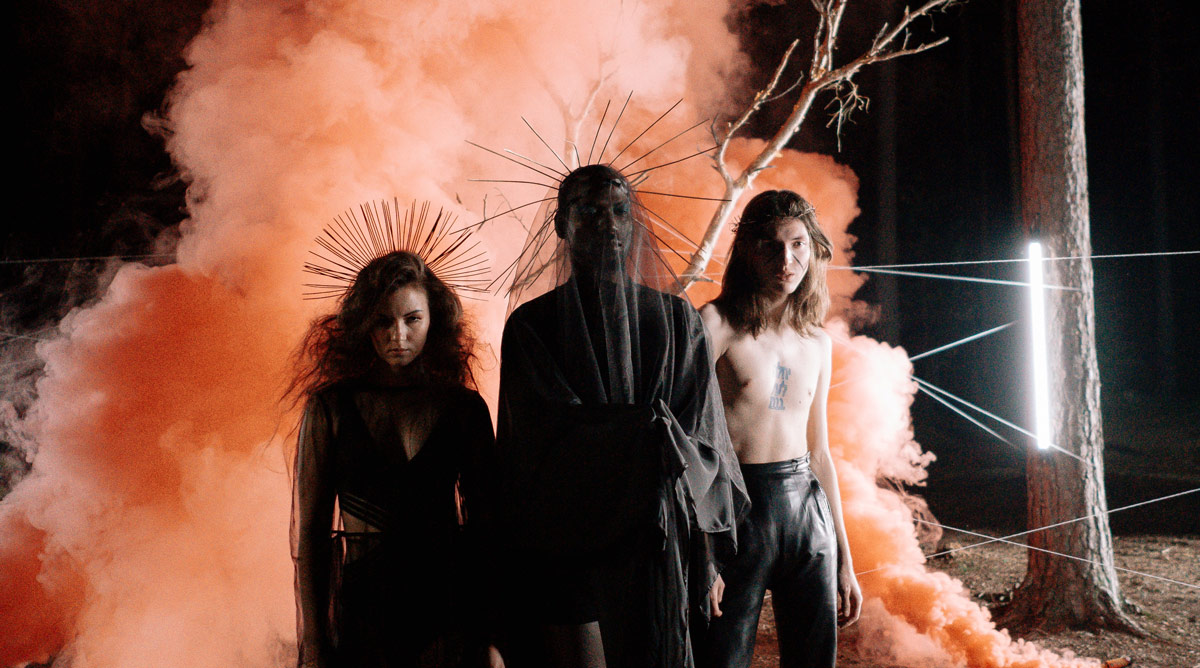 Gothcore: the illegitimate child of the goth and metalcore aesthetics

Wanna know what happens when you mix goth, punk and metal together? Well, we have the answer for you—you end up with gothcore, the latest aesthetic inundating TikTok with some seriously spooky vibes. And since we’re already celebrating Halloween today, it seems to be the perfect time to discuss the resurrected mania surrounding gothcore.

Now, you might think you’ve seen it all when it comes to TikTok trends—you may even think you know all the ‘cores’ there can be by now. But don’t be easily tricked, known for its dark allure and signature all-black fits, the trend is often confused with similar aesthetics like punkcore for example. Gothcore also dabbles within the realm of fantasy at times, which brings in comparisons to dark naturalism, dark paradise, and even dark academia; a subculture known for its romanticisation of classical eccentric styles.

But gothcore isn’t just a fashion aesthetic, it’s an entire lifestyle. Think goth but make it modern, this trend meshes all the best parts of goth fashionwear, music and makeup with an added touch of modern flare. So, before you decide to drag out your crumpled cat ears from your attic for a last-minute Halloween fit, why not learn more about this online subculture sensation first?

Strap on your platform boots and bring out the black kohl liner—we’re going to tell you everything you need to know about gothcore, and how you can take part in it too.

To put it simply, gothcore is a subculture that takes inspiration primarily from gothic aesthetics in fashion, makeup and even different media with certain movies being considered part of it. The trend also has a firm and specific music style to go with it. Wonder describes it as an “anti-softcore” movement. According to the aesthetic’s own Wiki page, it is a fusion of gothic rock and hardcore punk which has its own array of whacky subcultures like folk punk and metalcore.

When it comes to gothcore, there isn’t much information on the trend since it mainly consists of a mix of many contrasting aesthetics. Any number of things can be classed within it, from strictly emo bands to those who like to dip their toe in traditional gothic fashion donning outfits Morticia Addams would die for.

Comparatively smaller in the world of cores—just look at cottagecore which has amassed 7 billion views on TikTok and growing, or even goblincore and fairycore which are not too far behind either. That being said, the gothcore community is anything but quiet and more on par with the likes of scenecore—with most members having a liking for metal music and loud punk rock, there’s no shortage of screaming.

Firmly at the intersection where goth meets glam, gothcore takes elements from the emo and gothic fashion trends that ruled the late 2010s and mixes it with runway haute couture. InStyle has reported on celebrities like Megan Fox, Olivia Rodrigo and Kourtney Kardashian who have been spotted sporting the look.

There’s also a recurring theme that can easily be spotted when it comes down to the makeup members of the gothcore community tend to use. Melt Cosmetics is a pretty on-point example, as its Mary Jane eye palette perfectly channels the smoky and dark allure of the aesthetic.

Online, many have also taken to anime inspirations such as Misa Amane, a protagonist from the anime Death Note, for their look. Amane sports heavy gothic wear in a modern way, with frilly black corsets combined with leather black boots, short leather skirts, and her arms graced in a cut-out fishnet material. She usually adds patterned tights and fingerless gloves to complete her look. This playful mix of old and new is one of the main aspects of gothcore fashion.

In fact, a lot of the gothcore videos on TikTok use audio of Amane speaking from the dubbed version of the show, with numerous gothcore fit checks also using the sound uploaded from an edit with over 5 million views by user @leznhartmoved. The character is clearly popular and fits perfectly into the definition of gothcore as ‘modern meets goth’.

For men who also take part in the aesthetic, Death Note is again an important inspiration with the character of the Shinigami Ryuk—the demon antagonist of the show. Ryuk has a fashion-forward look, donning distressed black trousers and a large chain looped through his belt. He might be scary but you’ve gotta hand it to him—that demon’s got style.

Like most subcultures, gothcore has a very specific sound that draws influences from “goth bands such as Bauhaus, Siouxsie & The Banshees, and Christian Death with the hardcore punk bands like Black Flag, The Germs, Extreme Noise Terror, as well as metalcore bands like Bleeding Through and It Dies Today,” as its Wiki page states. “The sounds of the music is a crossover of dark post punk, dark post hardcore and dark metal. Some bands incorporate darkwave and industrial influences as well. Key structures of the songs incorporate breakdowns to the structure of the Gothic Metal influenced sounds. The simple concept is Goth(ic)-(Metal)-Core,” the page continues. Bands like Samhain—named interestingly after the Gaelic festival for the ‘darker half’ of the year’s harvest season—and Rx27 have considerably influenced the sounds of gothcore.

Like many trends, this aesthetic has its own designated corner of the internet, thriving in places like TikTok and Tumblr, with many accounts displaying their OOTDs and style inspo. Gothcore content can often be found on the hashtags #mallgoth, #gothaesthetic and #romaticgoth. Creators like @cherubchelsea go viral for making additions to the style like bimbo-gothcore, and @hekate_moon’s modernisation of vintage goth in her videos.

TikTokers like @_brideofdracula_ have garnered thousands of followers on the platform by posting videos talking about how tricky it is to label yourself in communities with overlapping subcultures. Broad terms like ‘goth’ incite a questionable stare when added to a list of seemingly opposite aesthetic styles like cottagecore. But people—like the wonderful multifaceted beings we are—exist and can be more than one thing, duh.

As a subculture, gothcore remains small for now although it already encompasses a whole lot—and that doesn’t mean there isn’t room for people not already in the know to squeeze in too.