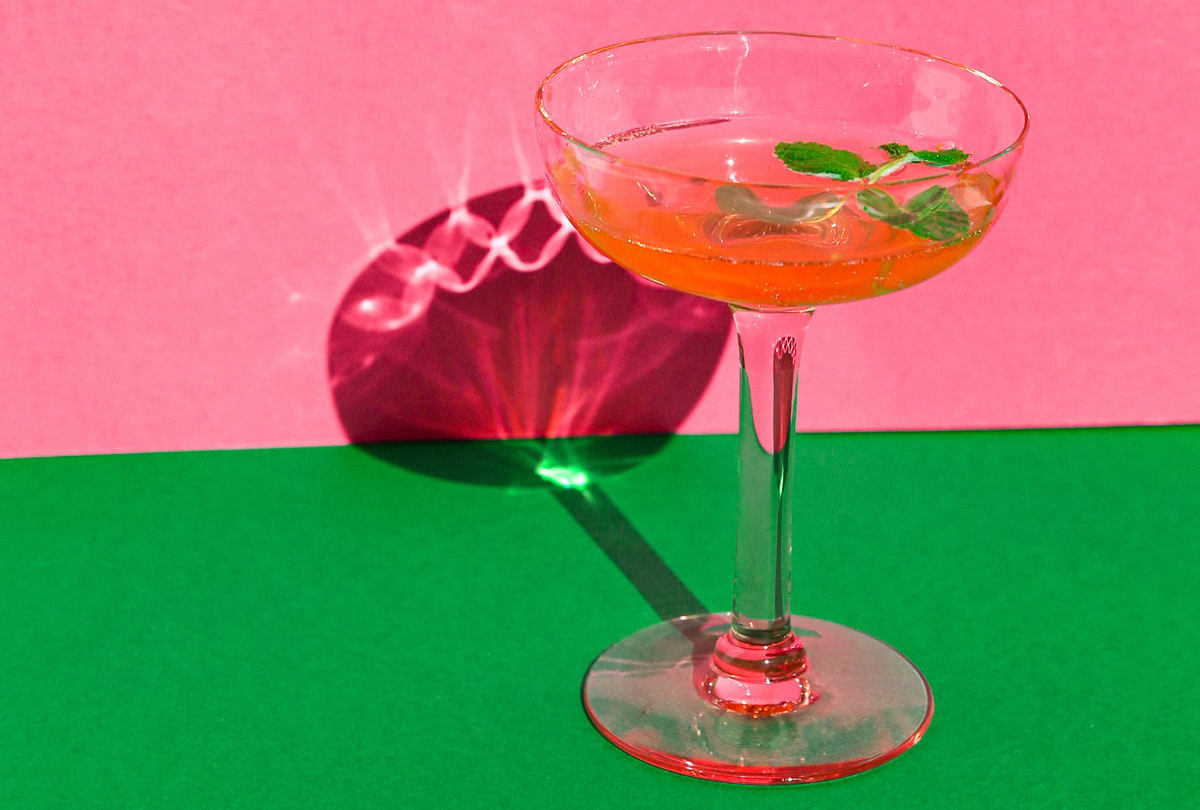 What do Ellen, Gwyneth Paltrow and Rebel Wilson have in common? They love CBD drinks

A non-alcoholic cannabis-infused tonic, backed by the likes of Gwyneth Paltrow, is set to be the “drink of the summer.” Queer-owned brand Cann—founded by Jake Bullock and Luke Anderson in 2018—has gone on to become a best selling cannabis beverage in the US. Dominating states like California, Forbes predicts the brand may soon have around a 5 per cent share of the THC beverage market overall. It falls into a new wave of non-alcoholic drinking as the marijuana market continues to boom. With hundreds of new drinks blended with various combinations and levels of CBD and THC—weed drinking promises a new hangover-free experience.

Cannabis-related businesses have continuously caught the eye of celebrity investors over the past few years and Cann is no different. Some reasons for this could be down to the proclaimed health benefits of weed as well as calls for it to be fully legalised. The brand has the backing of many celebrity investors aside from Paltrow, including former NBA star Baron Davis, actresses Rebel Wilson and Ruby Rose, singer Tove Lo and YouTuber Casey Neistat to name a few. Although Ellen DeGeneres is not an official investor in the company, she did publicly mention the brand in an interview with Jimmy Kimmel. Despite not being a fan of cannabis, DeGeneres went on to jokingly say, “Chelsea Handler told me about these ‘weed drinks’, they’re called Cann.”

This is not the first time comedian and TV host Chelsea Handler has promoted the brand. Handler first featured Cann as part of her cannabis line for the US inauguration in January 2021—the proceeds of which she donated to reparative justice in the cannabis industry. Its celebrity reach doesn’t stop there. As a proudly queer-owned brand, Cann launched its new Pride Month campaign which features some serious queer icons. Rupaul’s Drag Race season 13 winner Symone is featured alongside drag sisters from The House of Avalon Gigi Goode and Rosy Thorn.

A post shared by The House of Avalon (@thehouseofavalon)

In an interview with Adweek, Anderson explained the intent behind the new campaign, “Big corporations of all varieties tend to slap a rainbow on something during Pride month and call it a day, without being thoughtful about how to actually support the queer community […] we had to tackle [these] issues and find a way to poke fun at patriarchal culture while elevating queer artists.” Featured in goop, Rolling Stone, Forbes and GQ to name a few, Cann seems to have taken the US by storm.

While this may look cool, and sure, I’d love to try it, it reminds me of a blindingly obvious reality—rich white celebrities can get away with anything, regardless of their pure intentions.

When reading about any new weed company or start-up, regardless of how interesting or cool it may be, there can be an unsettling or uncomfortable feeling that is felt in my gut. The feeling stems from the reality that most ‘Big Weed’ executives are white while black and brown people are still systemically criminalised. Marijuana legalisation has done little to end the ‘war on drugs’—let’s be honest, it was less about the drugs and more about putting BIPOC communities behind bars—its legalisation has only perpetuated systemic racism and exacerbated white supremacy.

During that infamously traumatising summer of 2020, many celebrities verbally came out in support of Black Lives Matter (BLM) and yet a year on it seems that they haven’t learnt anything. I say ‘verbally’ because it appears they’re not putting their money where their mouth is. Last summer, Paltrow, like many celebrities, used her platform to speak about BLM. Despite the action she took and the education learnt, there is still a failure in critically understanding her role as a rich cis-white woman in Hollywood making money off something that black women would be jailed for. Even for individuals like DeGeneres and Kimmel to openly discuss and joke about cannabis use on national television reeks of privilege. BLM is not a trend.

Insider reported that “in 2018, over 600,000 people in the United States were charged for possessing marijuana. For simply having it on them. And despite making up only 31 [per cent] of the population, Black [people] and Latinos accounted for nearly half of all weed arrests.” An estimated 80 to 90 per cent of the US cannabis industry is currently owned by white executives and investors. “So, not only are Black [people] and Latinos more likely to get in trouble for selling and having weed, now that it’s becoming legal, they’re nearly shut out of the industry. Somewhere along the line, legal weed became a rich white business.”

However, Cann is setting itself apart from other cannabis brands by doing its part to give-back. In the same interview with Adweek, Anderson states, “Cann’s primary duty is to give back to communities that have been most marginalised by the war on drugs. So our philanthropic energies go toward supporting organisations that are Black and brown-owned and who work to make space for people of colour in the cannabis industry […] over the last year we have donated $100,000 through give-backs.” The brand has also used its platform to promote and highlight BIPOC-owned cannabis businesses.

Other celebrities like Jay-Z, however, are trying to level the playing field in the industry. Starting his own fund to boost minority-owned cannabis businesses, Jay-Z stated, “I wanted to do something in a real, concrete way, where I do my part.”

While this is an incredible move and should be celebrated, the real win is clearing people’s sentences or criminal drug records, reparations and actually having some real systemic change. So, next time you sip your CBD drink in the sun—let’s be real, as we all will soon enough—think about what you could do to give-back. 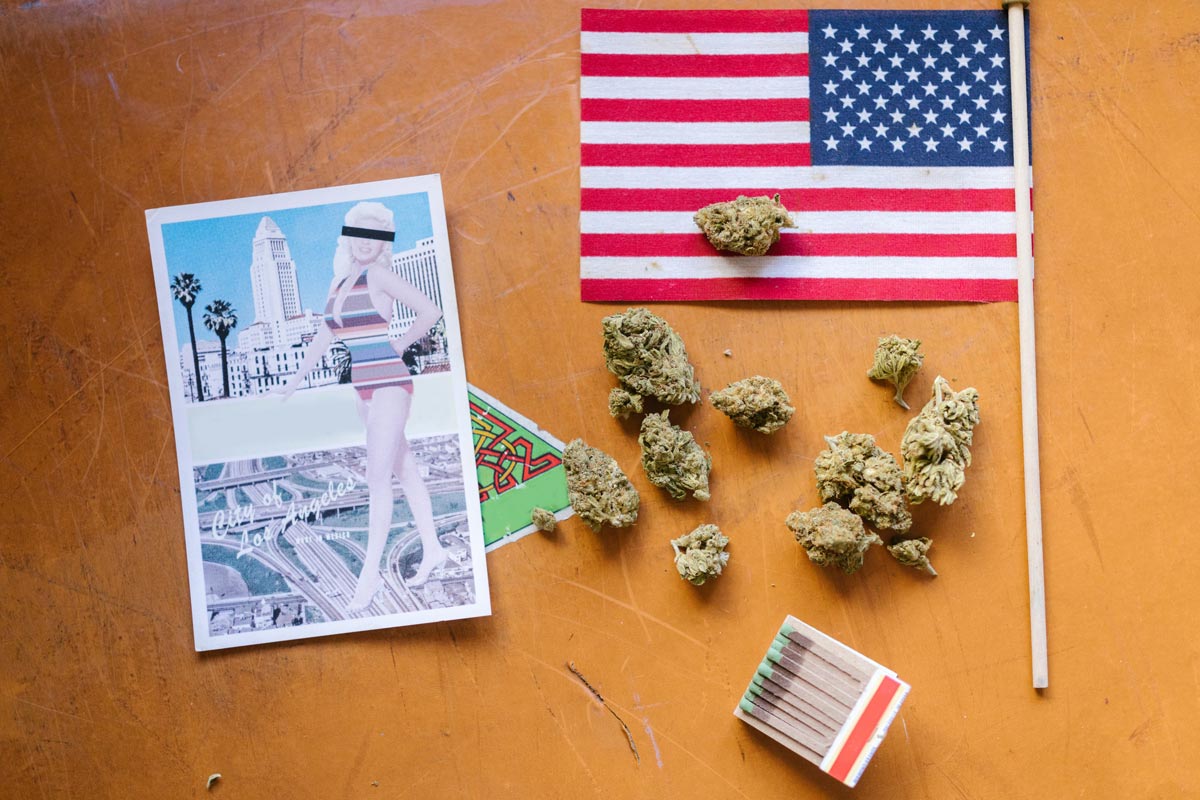 Legalising weed may be greener than you think. The list of positives for legalising weed is getting pretty lengthy—from de-escalating the war on drugs to increasing the quality of life of thousands; generating a sizeable proportion of tax to put back into public services to expanding our understanding of the effects of the drug and lowering the potentially psychosis-inducing potency of skunk… The list goes on. Yet, if none of these reasons has swayed you in the favour of cannabis legalisation, then perhaps this one will: climate change.

Unless you’re a FOX news consuming, tin-foil hat wearing, climate change denier—it’s pretty evident that climate change is arguably one of the most prominent existential threats humanity faces today. And, as it turns out, there is reason to believe the continued federal criminalisation of weed in the US is actually contributing to climate change. Let me explain.

US cannabis production, at the moment, is not so green

A recent report by Politico explains the fact that the federal government still considers weed an illegal substance, which restricts the ability to sell across state lines. This forces legal growers in some states to use energy-intensive practices to meet the demands of fellow legal stoners.

To put things in brief: states in colder climates and with more restrictive laws are required to do most of their growing indoors—requiring a lot of energy-demanding equipment to create an artificial climate where weed can happily grow. Think of the high-powered lights, huge warehouses of bud and all the other things required to cultivate a state’s worth of legal weed. That racks up a huge energy bill that is not only costly to the grower but also has a huge cost for the environment.

According to a paper published by the Lawrence Berkeley National Laboratory (LBNL), indoor cannabis production can require as much as 2,000 watts of electricity per square meter. Overall, this equates to more than one per cent of the total energy use in the US and costs about $6 billion per year. The energy output is the equivalent of adding 3 million cars to US roads—all so selected states can have their legal spliff. Crazy, right?

Weed has become the most energy-intensive crop in the country—and taking a look at the usage of a state-by-state basis proves this. According to a report from MassLive, the indoor cultivation of cannabis in the state of Massachusetts is responsible for a mind-blowing 10 per cent of the entire state’s industrial electricity usage. Likewise, in Colorado, studies have found cannabis farms to have a larger carbon footprint than its coal mines.

Now, compare this with states that have fully legalised both the sale and production of weed, which have better climates for outdoor production outside. The same paper by LBNL found that the production of weed in these states costs only 50 watts of electricity per square meter. That’s a 97.5 per cent reduction of the total energy consumption.

The argument for decriminalisation

I can hear the critics already. If weed is such a costly blow to the planet, why legalise it in the first place? Why not crack down on growers instead of venturing down the capitalistic, corporate mass-production path? Well, there is an argument there but I find it better to look at the bigger picture.

As I briefly listed at the start of this article, there are numerous societal benefits for legalising the green stuff—both economically and ethically. Disregarding the benefits this can bring and the detrimental impact criminalising a plant can have on those in society, often who are the most vulnerable, would be grossly negligent. Likewise, partially legalising weed across only a number of states has shown, and is still showing, to have a harmful effect on our environment.

If the federal government allowed weed to be sold across state lines, outdoor weed farms in certain, more temperate states—that can cultivate the plant in significantly less energy-intensive ways—would be able to expand their offerings and sell to other states. Cannabis farmers would be able to post up in these particular states, where the weed grows easily and naturally, and be able to sell to the whole country—not limited by bureaucracy and legislation.

Legalisation on a federal government level would also bring in regulations for farmers to ensure the weed is being grown in an eco-friendly way. As it stands, states are creating their own laws to regulate weed farms—some effective, others, not so much. Illinois requires weed farmers to use energy-efficient LED lights but that’s only a drop in the ocean when you consider the giant warehouses having to be built to facilitate such farms.

It’s important to note that outdoor growing isn’t the ‘be all and end all’ solution to the damage weed farming has on the environment. After all, numerous reports have shown that weed farming requires a significant amount of water—and to make matters worse, weed grows best in the states where water is the most scarce.

That being said, it’s a step in the right direction and far more eco-friendly than the colossal indoor cannabis farms that are popping up across the US at the moment. So are you listening, Biden? Let’s legalise weed completely and enjoy the high without the high cost for our planet.