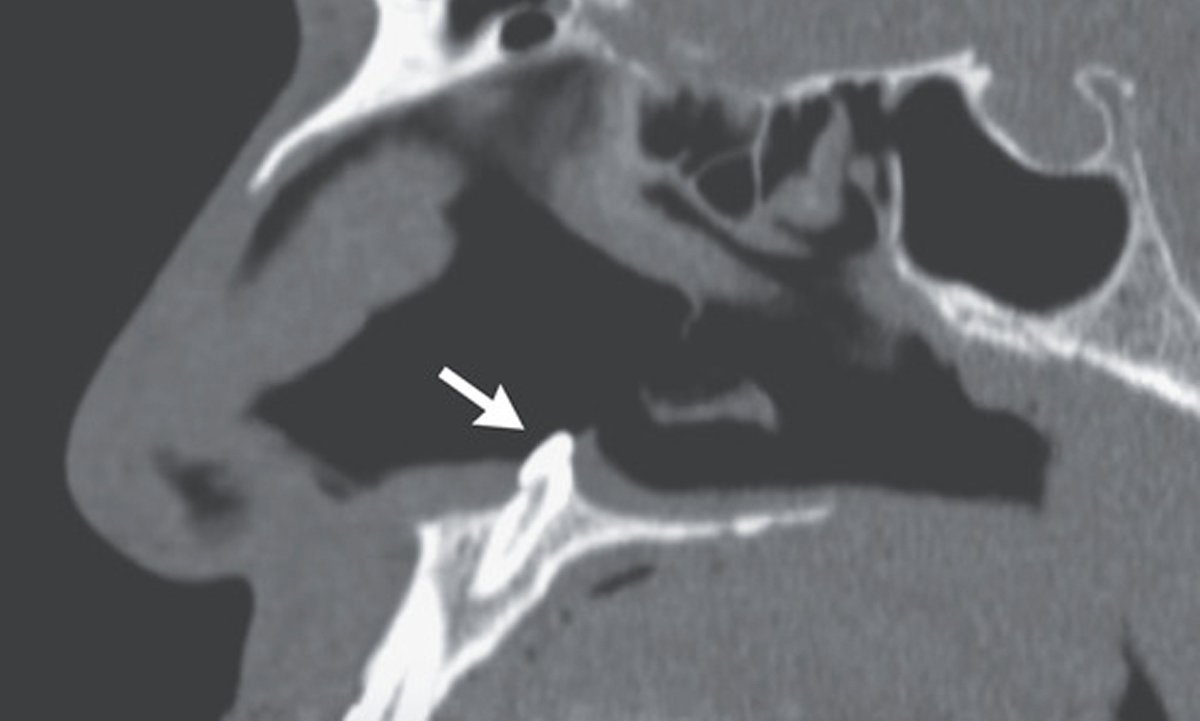 A 38-year-old man told a clinic he had been suffering from breathing problems for a number of years. The initial examination found he had a deviated septum (when your nasal septum is significantly displaced to one side) and calcified septal spurs. After performing a rhinoscopy however, doctors were able to discover what was truly wrong with the man: a tooth was growing in his nostril.

As explained by doctors Sagar Khanna and Michael Turner in The New England Journal of Medicine, “Physical examination of the nose showed a septal deviation, calcified septal spurs, and a 2-cm perforation in the posterior septum. On rhinoscopy, a hard, nontender, white mass was observed in the floor of the right nostril. Computed tomography of the paranasal sinuses showed a well-defined, radiodense mass consistent with an inverted ectopic tooth in the nasal cavity, which was thought to explain the obstructive symptoms and septal perforation.”

The tooth was later removed from the man’s nose during oral and otolaryngologic surgery and measured 14 millimetres in length. “At follow-up three months after surgery, the patient’s symptoms of nasal obstruction had resolved,” Khanna and Turner further explained.

For an ectopic tooth—ectopic meaning that it was in an abnormal place or position, in this case it’s fairly obvious why—to appear in someone’s nose is extremely rare. According to an NHS information sheet about ectopic teeth, “Sometimes one or more teeth develop in the wrong position, end up getting stuck and remain buried in the jawbone under the gum.”

It continued, “The most common ectopic teeth are the canine teeth in the upper jaw. The main risk of this is that the tooth can bump into the roots of other adult teeth and cause damage. Sometimes this can make them feel wobbly and eventually need to be removed. A cyst can also form around the buried tooth. Some people have a baby tooth left in their mouth, which has not been naturally pushed out by the buried adult tooth. This baby tooth over time may eventually be lost leaving a gap or require further dental treatment to replace it.”

I don’t know about you, but I’m booking a dentist appointment as we speak.