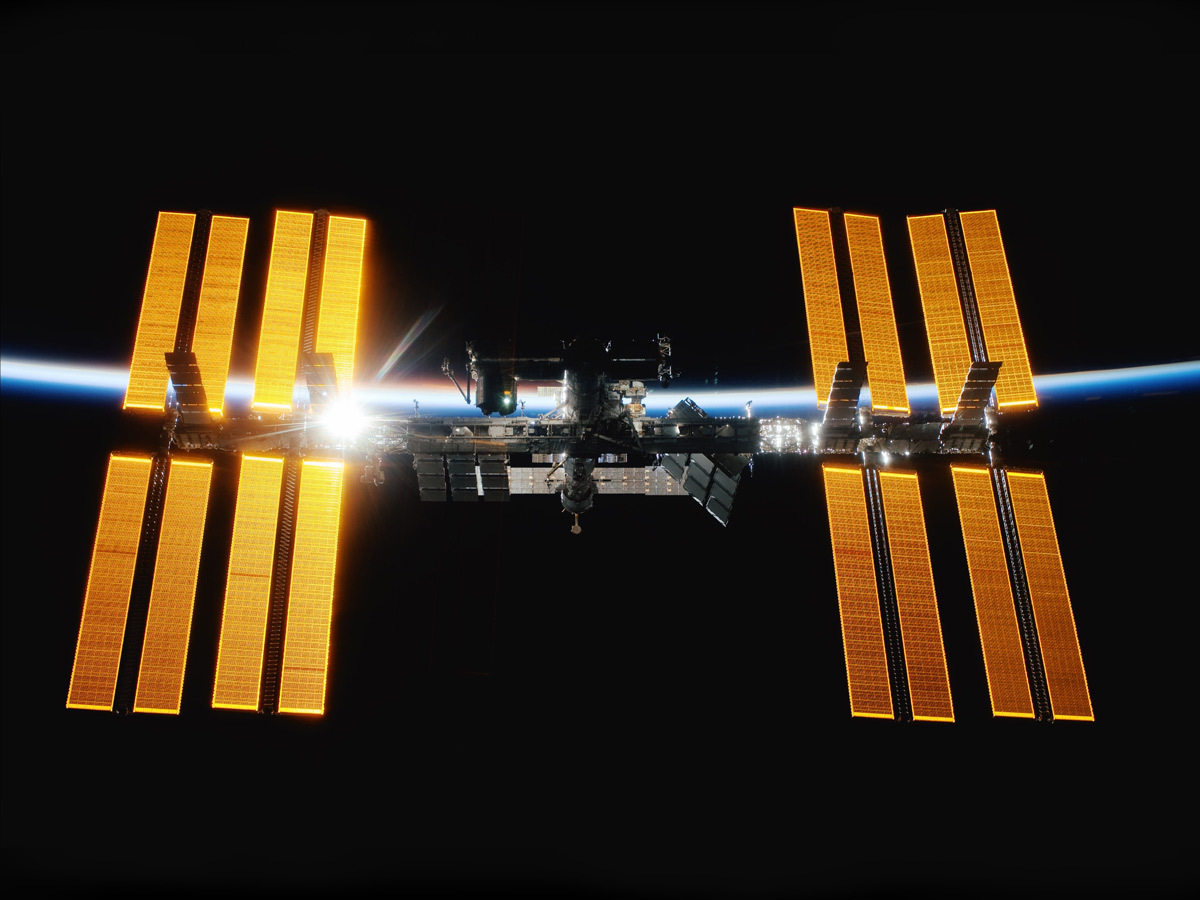 There have been a lot of strange things humans have blasted off into the beyond—heck, even Barbie has made the trip into space—but at the forefront of many scientific explorations is ageing, and space is no exception. From wine to sperm, ageing has debuted as a star player in the space science game as of late.

The push behind the anti-ageing movement down here on Earth has only rapidly increased. From Jeff Bezos funding AltosLabs to Coinbase’s CEO founding his own anti-ageing start-up, the race to find the elixir of life continues. Now, the latest anti-ageing endeavour seems to be led by the scientists over at the University of Liverpool—backed by the UK Space Agency.

Announced in a press release on Monday 20 December 2021, human muscle cells are set to be sent to the International Space Station (ISS) as part of an experiment into ageing with the aim to help people live longer and healthier lives. The experiment, titled ‘MicroAge’, will involve samples of human muscle cells—as small as a grain of rice—that have been grown in a lab and delicately placed into 3D-printed holders. These containers are said to be as small as a pencil sharpener.

Kayser Space, a design and manufacturing group in space technology based in Oxfordshire, is behind the hardware for the experiment which will ensure that the muscle cells survive the various changes in environment throughout their journey. This includes temperature, vibration and g-force mid-launch. The press release also stated that, “As part of the mission, the 24 muscle cell containers will carry mission patches designed by children, following a competition run by the University of Liverpool.”

Once the samples have arrived in space, they will undergo electrical stimulation to activate contractions in the tissue. Subsequent behaviour of the muscles will then be analysed by the scientists conducting the experiment. But how exactly will the study aid our pursuit towards anti-ageing?

As we get older, our muscles begin to get weaker—the same happens for astronauts in a much shorter period of time. When astronauts make their journeys into space, it typically weakens their muscle tissue before recovery occurs on their return back to Earth. “We have known for a long time that astronauts in space can lose muscle rapidly,” Professor Malcolm Jackson from the University of Liverpool told Sky News, highlighting speculations of whether this is an accelerated ageing phenomenon.

“We realised a little while ago that astronauts on the space station had an analogous problem—each astronaut that is on the space station exercises at least 2.5 hours each day and despite that, they lose quite a significant amount of muscle and in fact can’t walk for a while after they get back on Earth,” he continued. Such events give scientists a perfect environment to address, experiment on and potentially find cures for muscle loss—analysing such loss in space can help provide answers to the prevention of muscle ageing back on Earth.

In the same press release, George Freeman, the UK’s Science Minister, stated, “As we get older, our bones and muscles get weaker, but scientists don’t fully understand how this happens… The research of our scientist astronauts, like Tim Peake, on muscle loss in the microgravity of space is helping to identify potential cures for musculoskeletal disease, which causes agony to millions and costs the NHS billions.”

“By harnessing the unique environment of the International Space Station, our pioneering scientist could help us all live healthier, stronger lives,” Freeman continued.

Professor Jackson also commented in the press release, “Ageing is one of the greatest challenges of the 21st century and we will learn a great deal about how muscle responds to microgravity and ageing from the data we obtain from this study.”

MicroAge is set to launch on Tuesday 21 December 2021 at 10am (Greenwich Mean Time) via a SpaceX Falcon 9 rocket from the Kennedy Space Center in Florida. The results of the experiment will be addressed upon its return to Earth in January 2022. 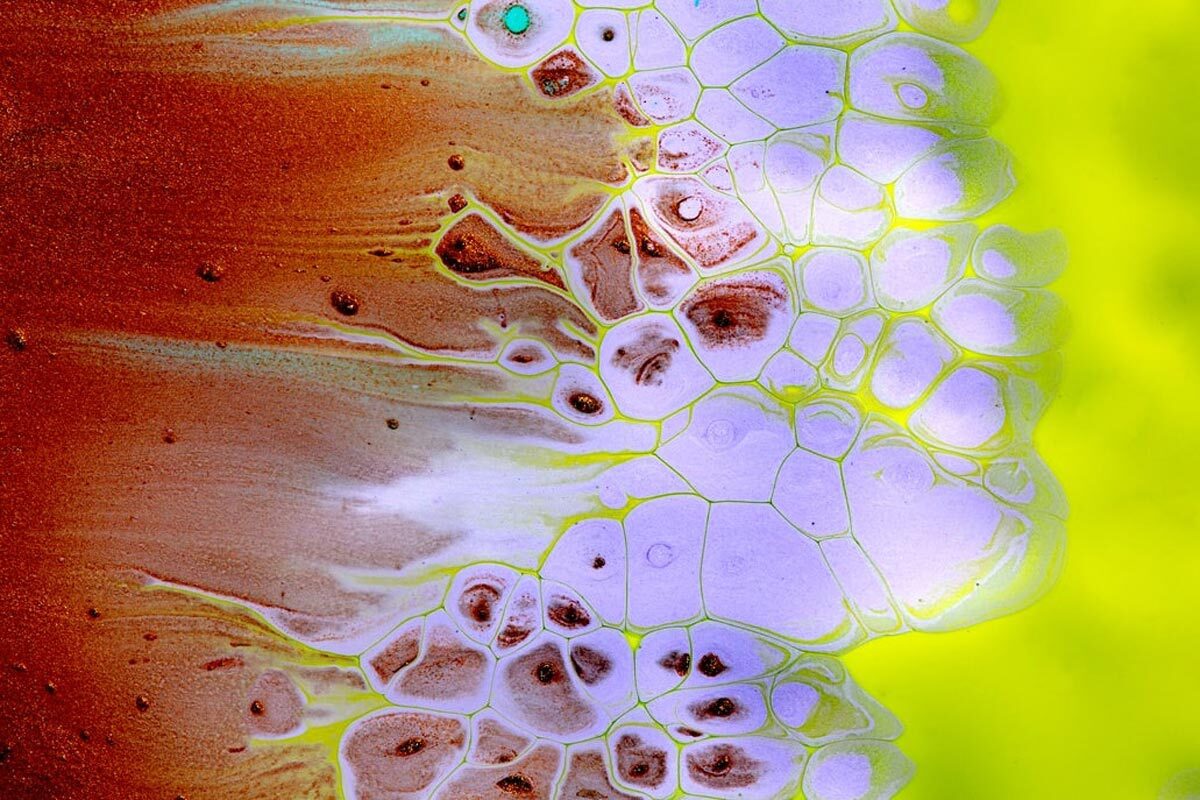 Though the idea and historic human desire to ‘cure’ ageing has been a prevalent, unwavering topic in our scientific discussions, its virality spiralled following reports of resident billionaire Jeff Bezos funding the anti-ageing venture AltosLabs. Now, much like the billionaire boom in space—the latest being Yusaku Maezawa handing out cash off-planet—anti-ageing has become the new race among the rich. Enter NewLimit and its ambitious co-founders: crypto billionaire Brian Armstrong and bioengineer and tech investor Blake Byers. The company’s goal? To help us live forever—well, more precisely, to greatly extend our human lifespan.

Often when we think of anti-ageing, our minds instantly conjure up superficial images of wrinkle-free, ageless faces—I mean, we are right in the middle of a boom of Botox after all—but the NewLimit co-founders have something different in mind. For Armstrong, CEO of Coinbase, and Byers, who has a PhD in bioengineering from Stanford University, the goal focuses on and prioritises the extension of healthspan as opposed to just lifespan. It’s aim? To improve quality of life in age-related health issues.

“Imagine if you could live the same number of years, but be free from pain, and have the same mobility and cognition as someone in their thirties. If we could maintain this state, how many of us would still want to have our lifespan end at the ‘normal’ time?” the founders stated in a press release last week. “Ageing is one of the largest sources of pain and suffering hiding in plain sight all around us, and we believe there is a moral imperative to try and end this suffering that affects every one of us,” they continued. But will it be available to all of us? We’ll get into that shortly, but first, let’s look at what you’re all here for—the tech.

Though the co-founders acknowledged that the pursuit to ‘cure’ ageing is “ambitious” and will likely take many, many decades to come to successful fruition (if possible), they’ve also added that it is imperative for them to start as soon as possible. NewLimit hopes to do this through epigenetics. But what is it? Epigenetics, as mentioned as part of the press release, is a phenomenon that began 15 years ago—a discovery which showed that “your cells are far more plastic than [previously] assumed.” With as little as four proteins, cells can be completely changed.

Input noted how the founders reference these claims from Nobel Prize-winning research, first published in 2006, that describes these four proteins as “Yamanaka factors” and uses them “to reprogram aged cells into immature cells—creating stem cells, the undifferentiated cells common in embryos, from the plain old issue in your body right now.” This is what NewLimit hopes to utilise in its aim to aid age-related health concerns and bring back the regenerative qualities of our bodies in youth.

“NewLimit plans to initially focus on this mechanism: epigenetic reprogramming. Put simply, we want to figure out a way to restore the regenerative potential we all had when we were younger, but somehow lost. The last year has emphasised this point on a global scale. We still do not know why the elderly have a weaker immune system and are more susceptible to infection and receive less protection from vaccines,” the founders claimed.

The company’s first steps to such programming is to develop the necessary “machine learning models” to understand what changes occur in our bodies with age and how they can be stopped or even reversed.

Back to that very important question, will this be available to the everyday person or just for the Bezos billionaires of the world? Armstrong and Byers addressed this concern in the same press release. They claim that, like most state-of-the-art breakthrough advancements which often first come with a hefty price tag, the same will occur with NewLimit. However, overtime the cost of anything new drives down and becomes increasingly accessible to everyone. “Some of these products take decades to get to lower costs, but we hope to move much faster than that,” they stated.

The company is still in its infant stages, with its founding team yet to be completely formed. NewLimit is currently on the lookout for like-minded individuals interested in the pursuit and progression of biotech. Who knows? You could be that individual.