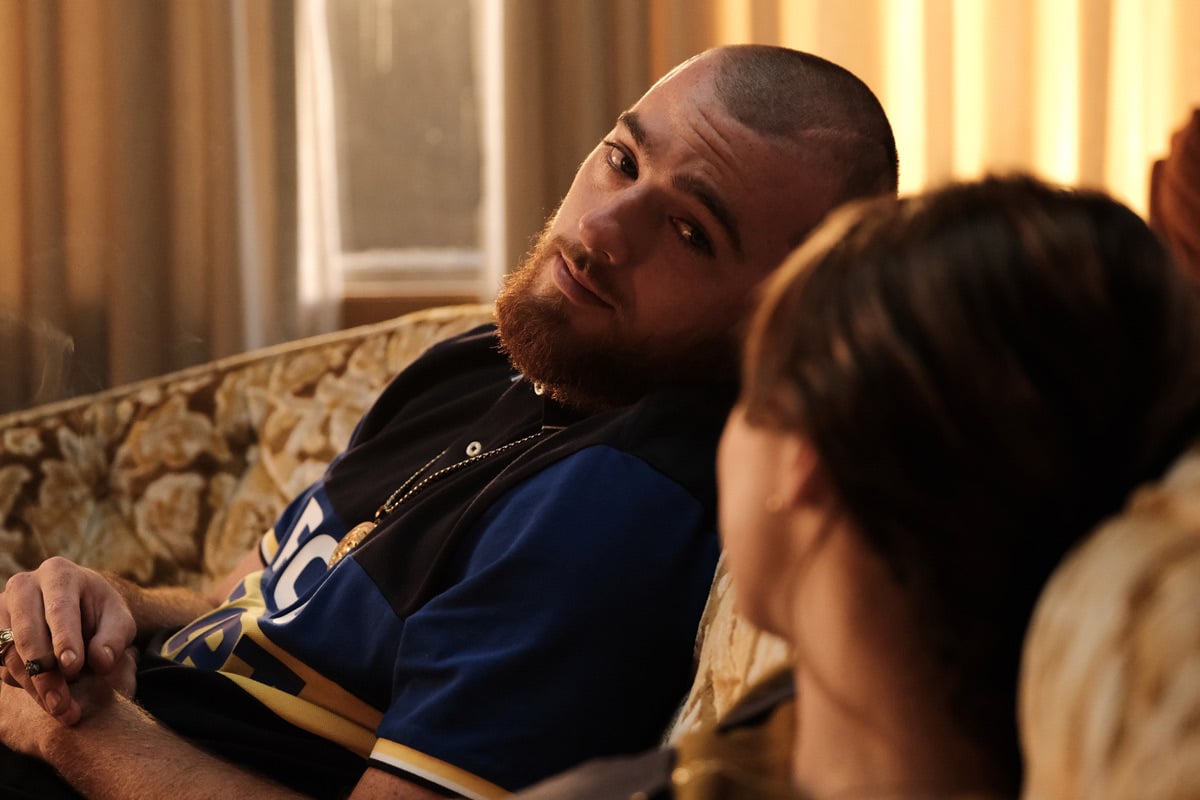 Euphoria’s sixth episode of its second season made its debut and, once again, it’s all we can talk about. The episode was filled with the aftermath of Rue’s actions, Cassie’s Karen-like tears, a blossoming Fezco and Lexie love story and the mothers of the show displaying a deep fear for (and of) their children. However, what I want to focus on is the overarching theme of ‘being watched’. The sixth installment was rife with observation as both Cassie and Rue were meticulously minded by their mothers while Fez and Lexie watched a movie (and more sinister surveillance revealed itself).

Maddy’s boss is secretly filming her

While Maddy plays dress up with the gloriously vintage wardrobe of Minka Kelly’s mysterious character Samantha, she receives a text message from her employer who states that she will be home in 15 minutes—prompting our ‘it girl’ to quickly undress. The camera pans to an alarm clock, slowly zooming in. For many of us, we didn’t quite catch the reason behind this—perhaps it made you feel some impending doom regarding the time—but for some eagle-eyed fans online it revealed something more sinister: a hidden camera. So, what does this tell us? Maddy is being watched. It appears that the incredibly wealthy Samantha may be well aware of her babysitter’s Clueless Cher moment in her closet—what’s even more interesting is that she most likely knows and hasn’t yet mentioned it to Maddy. While intent has yet to be disclosed, it is a disturbing fact to realise that once again, a Euphoria adult is filming a minor without their knowledge.

The mystery behind Maddy’s ‘smile you’re on camera’ poster: did she film Nate?

Speaking of that infamous tape, upon Maddy’s arrival to her home, yet another observer is watching her undress—Nate Jacobs. Cooly sat in a dark corner of his ex-girlfriend’s bedroom, wielding a gun, Nate (played by Jacob Elordi) observes her sinisterly—awaiting the moment he threatens the infamous tape out of her hands. While this scene alone is terrifying enough to warrant its own analysis, I want to draw your attention to the vivid yellow of a poster framing the shot when Maddy first notices her abuser—it reads: ‘smile you’re on camera’. An interesting choice and perhaps a deliberate one. Maybe it’s continuing the parallel of her previous scene, dropping hints at the alarm clock, or perhaps an even more far-fetched theory—Maddy herself has a secret camera. What if she got that whole encounter on tape? It would be all she would need to take down the human embodiment of toxic masculinity that is Nate Jacobs.

To top it off, the entire motivation behind the torturous Russian roulette he plays with a traumatised Maddy is to obtain the tape that implicates his father Cal. A tape that he admits to Jules, he’s watched. His perceived ‘kindness’ to Jules in giving her this footage is, to me, a worrying sign of his increased obsession with her. But his affection is often short-lived (as we have seen) before he once again begins displaying his concerningly violent and aggressive behaviour. Basically, I’m not giving him any credit just yet—especially because of what he did to get it. This theme of the observer continues as Jules herself watches the tape.

Fez and Ash are being watched by the police

The episode also gave us the Fez and Lexi sofa scene we had all been waiting for but the cuteness of the scene was seemingly overshadowed by the daunting reality that they too are being watched. Smile for the camera Fez and Ash, it looks like you’re about to be caught up in some serious trouble. Escaping his own monitoring responsibility, Ash leaves his multiple CCTV footage set up to go to the toilet. In that time, while taking the rubbish out, Faye is surprised by her boyfriend Custer who admits to her that he is cooperating with the police who—as he puts it—already have their eyes set on Fezco and Ash for the murder of Mouse. You know, the guy Ash bashed in with a hammer—yeah, that creep. With the police already watching them, Custer says to his confused girlfriend that he’ll be coming around to talk and that she should mind her business—begging the question, is he going in with a wire? Will he be recording the two brothers in an attempt to incriminate them? Guess we’ll have to wait till the next Euphoria Sunday to find out.

While the situations of the lives of Euphoria played out in the episode, so did Rue’s narration. In that it basically stopped. Her observations—ones that usually rule and drive the show—had ultimately diminished by the end. What this means for the character or the show is yet to be determined. Some may view it as yet another sign of the many fan theories that Rue is actually dead/dying? Zendaya, however, quickly shut down such rumours in Entertainment Weekly stating, “We can’t leave her here.” If it’s not here, I wonder where the show will next take us. 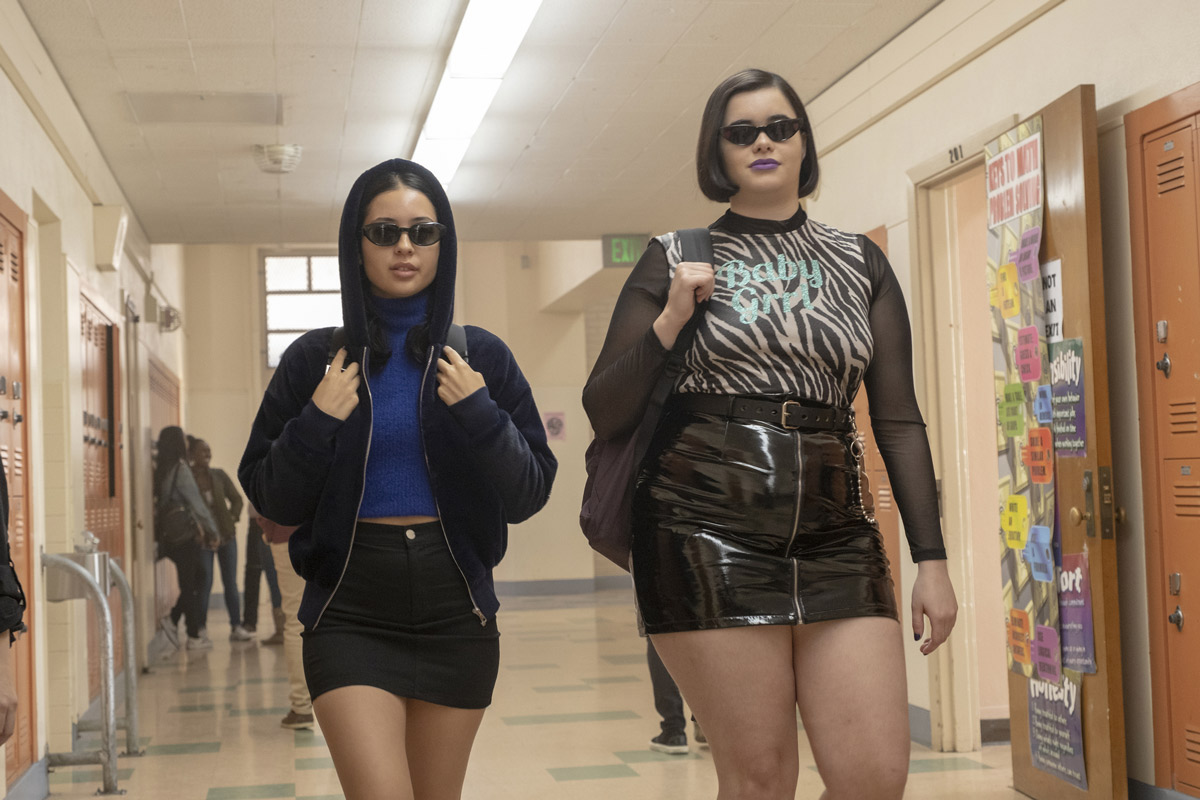 OMG, are you caught up with Euphoria? I’m willing to bet my knock-off Prada that’s not the first time you’ve been asked this question in the last few days. Back for a second season, HBO’s teen drama is saturating our timelines faster than you can say Omicron and has cemented itself as the latest must-watch TV show.

If you’ve seen it then perhaps you’ll understand why it is such a success. Euphoria’s vibrant characters, exhilarating storylines and intoxicatingly sexy aesthetic make the perfect recipe for a hit show among gen Z. But there’s a more complex reason why we love it so much, beyond the obvious production value.

Euphoria belongs to that trite yet inevitably addictive canon of the ‘High School drama’. From Grease to Glee, for decades we haven’t been able to get enough of the stuff. But have you ever stopped to wonder why the lives of students are so fascinating to us?

I’d argue it’s a matter of fantasy. Shows like Euphoria give us an embellished reflection of our high school years, showing us teenage life with adult freedoms.

This is plain to see in the recent ‘And why aren’t you in uniform?’ trend on TikTok. These videos see users dressed in casual hoodies and jeans, only to ‘remember they go to Euphoria High’ and reappear in a sexy I.AM.GIA two-piece and stripper pleasers. These exaggerated impersonations of the show’s fiercely iconic Maddy Perez (played by Alexa Demie) affectionately mock the notion of being allowed to wear the outfits to school that the Euphoria characters don so casually.

Don’t get me wrong, Euphoria’s audience acknowledges that the characters’ lifestyles are unrealistic—but that’s exactly the appeal. Maddy, Jules and Cassie are playing out our fantasies of looking our absolute best at a time in our lives when our self-consciousness is at its most crippling. Don’t even get me started on my girl Rue…

Alongside fashion, characters in our beloved high school dramas are shown to be as romantically preoccupied as some of us dreamt we were back in those hormone-charged years. Burgeoning sexuality has been a core theme of teen dramas since the 60s, with the likes of Rebel Without a Cause and, again, Grease celebrating the rise of youth culture and the rejection of pre-war sexual conservatism.

Angsty teenage years are defined by the desire to enjoy these mature freedoms. As was the case with Glee, Euphoria shows us teen characters performed by actors several years older and gorgeous. They wield the power we strived to possess in our teen years and we can’t help but admire them for it. The contrast of their cultivated style and allure with the green high school environment gives us the fantasy we unknowingly craved all along.

While Euphoria and similar shows are pedallers of dazzling fantasy, they are also vehicles of that oh-so-needed catharsis. At first, we might label the high school drama appeal as merely nostalgia; a rose-tinted reminiscence of the ‘best times of our lives’. But those formative years are often when we experience traumas that we carry with us for the rest of our lives.

As we shed the skin of prepubescence, the skin of adolescence beneath is raw and scar-prone. Watching these traumas happen to someone else in dramas creates enough distance to make the experience cathartic and almost purging. This is where fantasy comes into play.

Exaggeration and embellishment in these productions act as a cushion against the harsh truths we are revisiting. Watching Quinn Fabray get kicked out by her parents for getting pregnant in Glee is made somewhat easier when you’re singing along to Avril Lavigne’s ‘Keep Holding On’ minutes later.

Trivial problems feel like the end of the world when you’re a teenager, so serious problems are truly earth-shattering. Watching characters experience these emotions on-screen, among the glamour, validates the impact events had on us at the time. They also remind us that we still experience these same traumas in our adult lives, and although the sting of adolescence may be dimmed, we still relate to them all the same.

Take the most recent episode of Euphoria (season two, episode two), for example, where we see Kat struggling with self-loathing and body dysmorphia. Sadly, toxic body standards are a common issue, especially for cis-women, trans-women and genderqueer people at that age. Audiences relate to the memory of such feelings, but also because they are still dealing with similar events in their current age. The same goes for the depictions of abusive relationships, depression and drug addiction.

While for many of us our teen years were more popping oxytetracycline than OxyContin, addiction is a worrying possibility for us all, if not a reality. Teen dramas reflect our lives, past and present; they depict both the worrying realities and the dreaded possibilities.

Euphoria shows us who we wish we were at high school, and perhaps who we still wish we were now. Gloriously gritty and sexy fantasy is an addictive escapism, so it’s no wonder we tune in to the show each week. And why shouldn’t we? Teenage dreams dwell as long as teenage traumas.