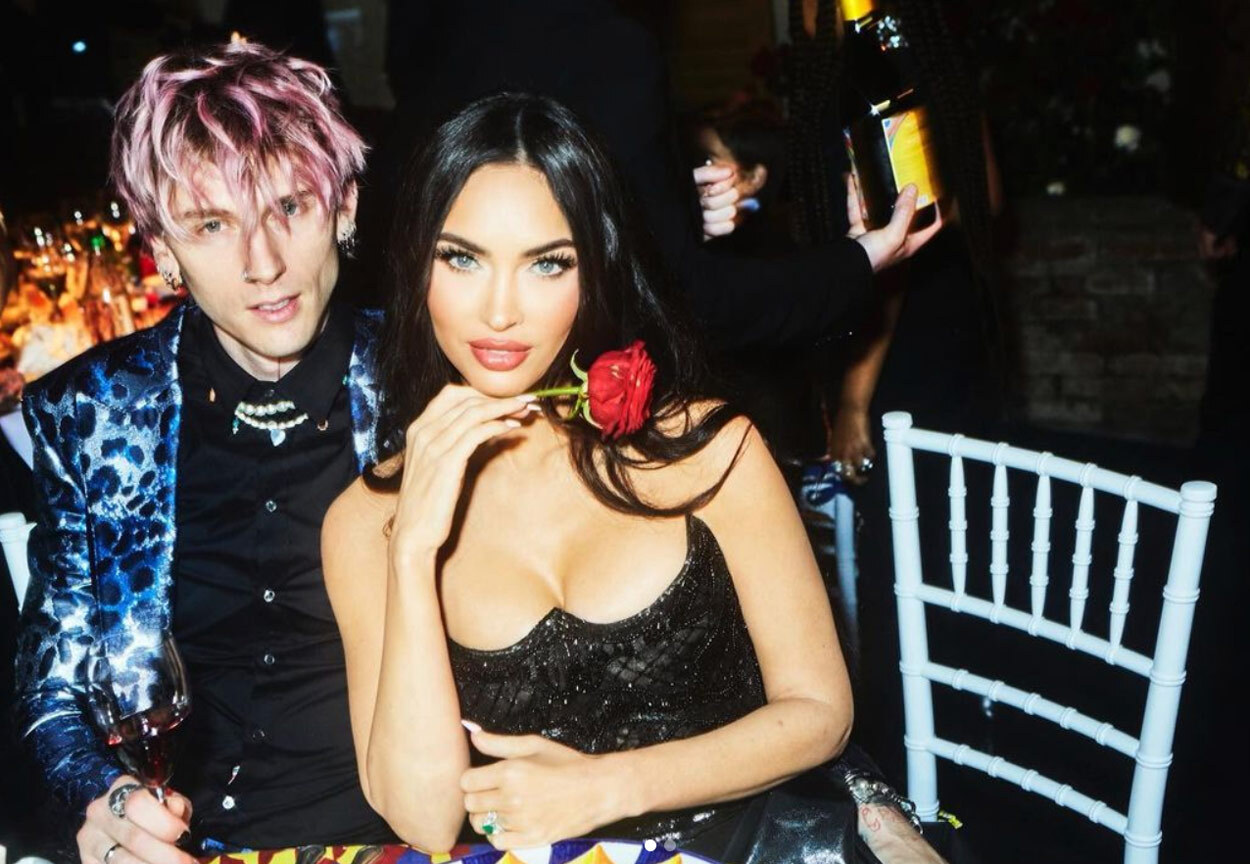 After an intense two years of blood-thirsting headlines, fans are now speculating if Megan Fox and Machine Gun Kelly (MGK) have called it quits. Keen netizens have scoured the actress’ Instagram and are convinced that Fox and MGK have broken up following a serious absence of cringe-worthy couple-content online.

The two first made headlines in 2020, when they were seen out and about in Los Angeles. Soon after, the actress starred in the American rapper’s music video for his hit single ‘My Bloody Valentine’ where she took on the role of the rockstar’s domineering girlfriend.

Fast forward to June, the couple officially confirmed their relationship and quickly began getting matching manicures, giving joint interviews and showering the internet with their twinning outfits. If that’s not true love, I don’t know what is.

The emo couple have definitely been known for their eccentric love story. In their GQ Couples Quiz back in 2021, the pair described the story of how they first met—with Fox allegedly telling MGK, “you smell like weed,” while the rapper promptly replied with: “I am weed.” Apart from their affinity for the greener things in life, they’ve also been known to drink each other’s blood despite warnings from experts…

However, Fox quickly cleared up all of the rumours by clarifying in an interview with Glamour UK: “So, I guess to drink each other’s blood might mislead people or people are imagining us with goblets and we’re like Games of Thrones, drinking each other’s blood… It’s just a few drops, but yes, we do consume each other’s blood on occasion for ritual purposes only.”

The celebrity pair had recently seemed stronger than ever following an extravagant proposal in January 2022. Fox dedicated a heart-warming Instagram post with the caption, “he asked me to marry him. And just as in every lifetime before this one, and as in every lifetime that will follow it, I said yes… and then we drank each other’s blood 1.11.22 ✨”

However, the ‘Blonde Don’ has not featured Fox on his Instagram since June 2022, while the Jennifer’s Body actress has not posted about the man she allegedly manifested when she was just four years old since 25 May. This lack of online presence may not immediately be a call for concern but fans are definitely worried—with many convinced that Fox has swapped out fiancé pics for ‘single girl content’.

This speculation might be a result of the pair taking a well-needed social media respite, or perhaps their epic love story has simply come to an end.