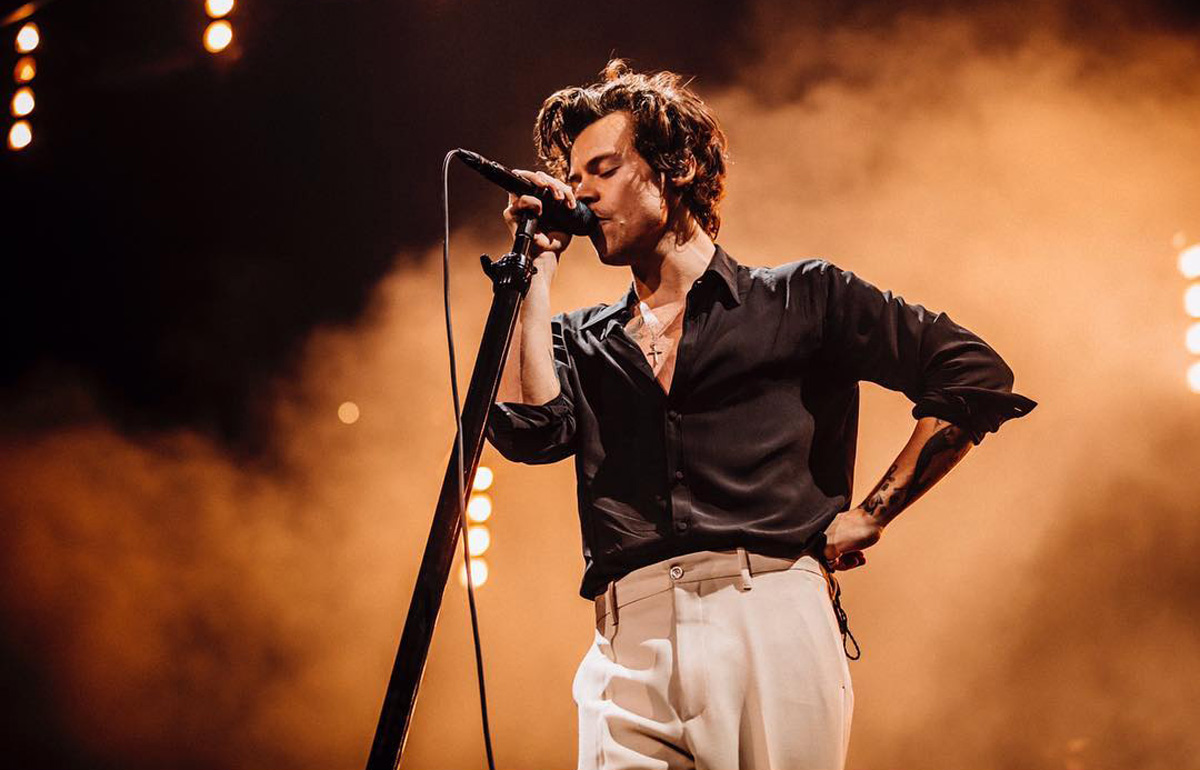 Calling all Harries! Texas State University in San Marcos is set to offer the first-ever course on the works of pop superstar Harry Styles in its spring 2023 semester.

Dubbed ‘Harry Styles and the Cult of Celebrity: Identity, the Internet and European Pop Culture’, the course will be taught by Associate Professor of Digital History, Dr. Louie Dean Valencia, and will focus on Styles’ music—in addition to the cultural and political development of the star in terms of gender and sexuality, race, class, nation and globalism, media, fashion, fan culture, internet culture, and consumerism.

“I’ve always wanted to teach a history class that is both fun, but also covers a period that students have lived through and relate to,” Dr. Valencia told NBC New York. “By studying the art, activism, consumerism and fandom around Harry Styles, I think we’ll be able to get to some very relevant contemporary issues. I think it’s so important for young people to see what is important to them reflected in their curriculum.”

Dr. Valencia was inspired to create the class following research that he started during the summer of 2020 by listening to Styles’ music. “When I couldn’t travel to do my regular research, I started researching Harry—focusing on his art, the ways masculinity has changed in the last decade, celebrity culture and the internet,” the expert said.

As part of the course, students will study Styles’ solo feats, One Direction albums, as well as his films. According to KXAN, the class will also be similar to history lessons, where assignments will include analysing the pop star’s music alongside readings from Murakami, Bethan Roberts, Susan Sontag, Charles Bukowski, Rumi, Alain de Botton, Richard Brautigan and more. Students will additionally have to create a podcast series as part of their final project.

According to Dr. Valencia, the proposal for his class was 23-pages long and was scrutinised by a panel of Texas State professors before it was approved by the university.

As of today, the course is set to be offered through the Honors College at Texas State on Mondays and Wednesdays at 11 am starting spring 2023. “The classes are capped at 20, so we can have in-depth conversations,” Dr. Valencia said. “There is a lot of demand, and I would love to teach it to a broader audience.” Registration will reportedly begin in the fall of 2022—with Honors students getting early dibs on the seats.

So will Styles himself make an appearance in the class? Although Dr. Valencia doesn’t plan on it happening, he mentioned how all hopes of a nod from the popstar himself are not lost. “My dream would be to have Harry show up to class (or just Zoom)—but I understand how busy he is,” the expert told NBC New York. “The one thing I would want Harry to know is that this class doesn’t focus on his personal life, only his art and the things he puts out there.”

Dr. Valencia then went on to highlight his plans to publish a book on the topic one day. “Some people think a class like this is silly or frivolous,” he said. “Just like a class about the Beatles, Cervantes, Alexandre Dumas or Virginia Woolf can tell us something about the world they lived in, a class on Harry Styles can tell us something about not just ourselves, but our world around us.”

Earlier this year, Swifties were also graced with a course dedicated to their favourite idol—taught at New York University’s Clive Davis Institute of Recorded Music. Commencing on 26 January 2022 and running through 9 March, the class traced the evolution of Taylor Swift’s career as a songwriter and entrepreneur while discussing the exploitation of youth and girlhood within the entertainment industry. 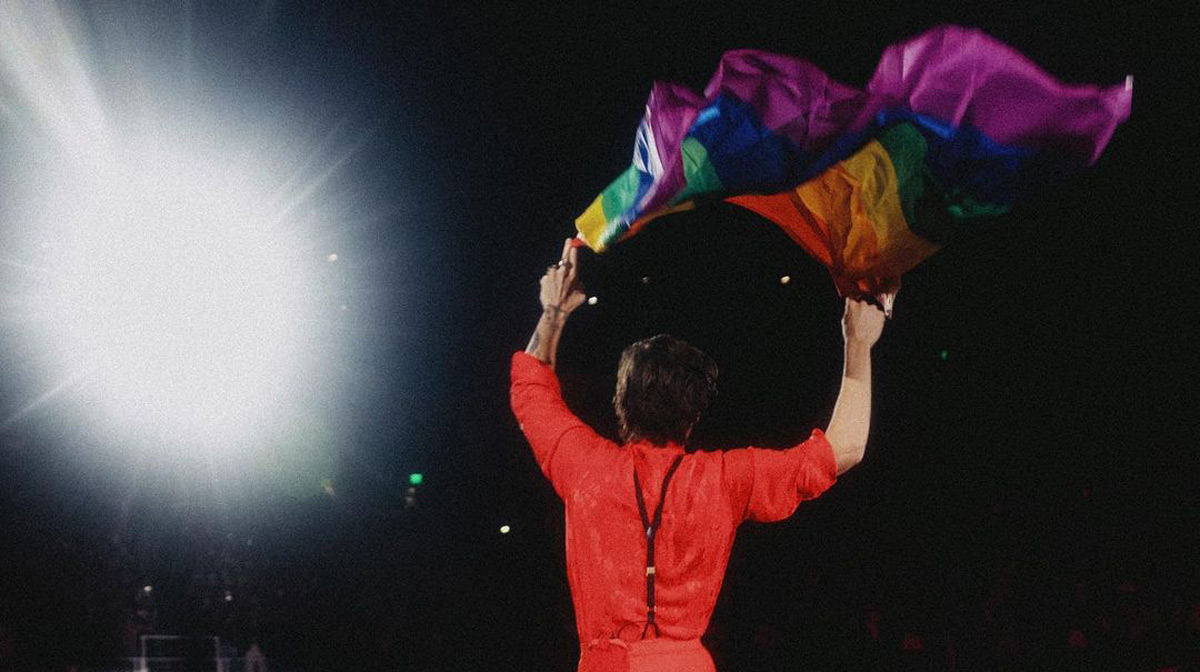 There’s no denying that British singer, songwriter and actor Harry Styles has turned his concert stages into a safe space for LGBTQ+ fans. During his gig at London’s Wembley Stadium on Sunday 19 June, the ‘As It Was’ singer spotted the request of an Italian fan, Mattia, who was holding up a sign that read: “From Ono to Wembley: Help me come out.”

After asking the fan to pass the sign to him onstage, Styles said, “So you would like the people of Wembley to bring you out. Okay? All right.” Grabbing a rainbow flag, he continued, “Make some noise for Mattia everyone!”

As the crowd cheered and chanted the fan’s name, Styles said, “When this flag goes above my head, you are officially out. I think that’s how it works… Alright, when this [flag] goes over the head, you’re officially gay, my boy!”

The singer then proceeded to run back and forth on the stage with the flag by his feet as his band helped build the anticipation with drum rolls. At one point, Styles even teased the fan by joking, “Nope, still straight!” before finally waving the flag above his head in triumph and declaring, “Congratulations, Mattia, you’re a free man!”

As the crowd cheered, the singer waved and blew kisses to the fan before continuing his show.

This was night two of Styles’ Wembley shows. Following his first concert on Saturday 18 June, the singer tweeted that it was “one of my favourite shows we’ve ever played […] I don’t know where to begin thanking you, I’m completely overwhelmed. I’m so grateful, I’m so happy. Thank you, thank you. I love you all. See you later. H,” he wrote.

On Sunday, eagle-eyed fans also spotted Styles’ old bandmate, Niall Horan, wholesomely singing along to all of the singer’s hits—including One Direction’s debut single ‘What Makes You Beautiful’—with the rest of the crowd.

A day after the concert, Styles further announced Ha Ha Ha, his new collaborative capsule collection with Gucci’s creative director Alessandro Michele. The 25-piece menswear looks inspired by the 70s is set to hit the brand’s stores from mid-October.