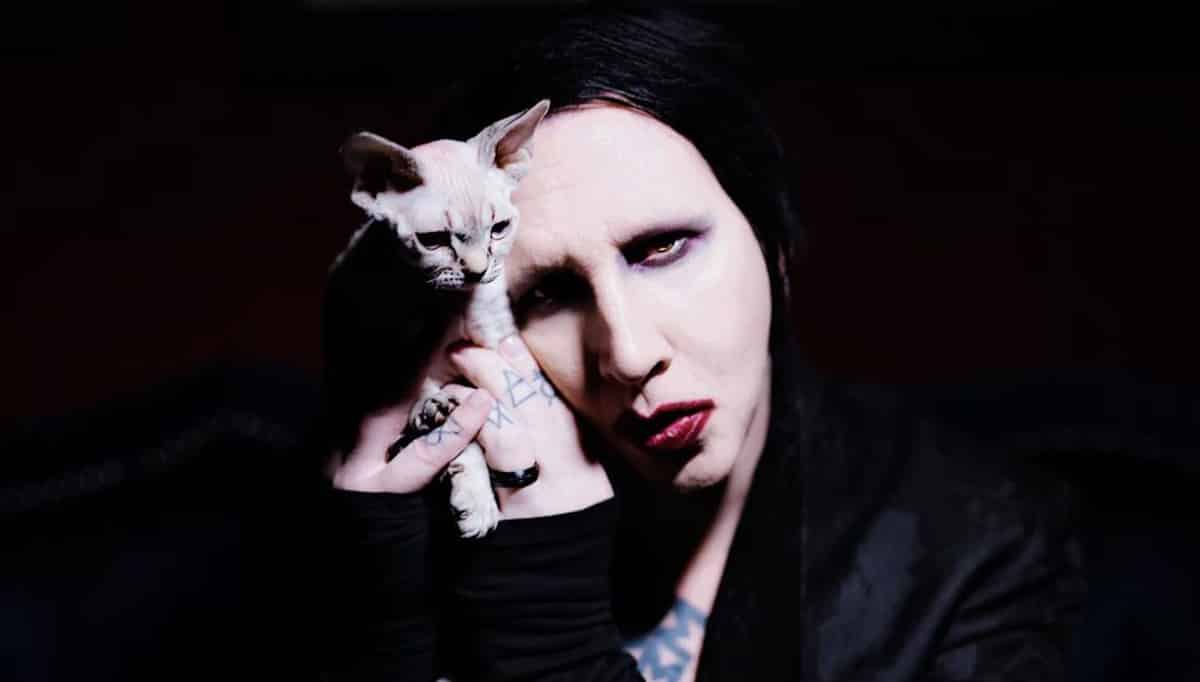 Among the swirling allegations against the artist Marilyn Manson comes a terrifying new revelation: according to sources quoted in a report published by Rolling Stone on Sunday 14 November, Manson—real name Brian Warner—would lock women he was dating in a small, soundproof glass chamber in his apartment. He called it the “bad girls’ room.” Numerous sources stated that the room was built as a “solitary-confinement cell used to psychologically torture women.”

In the detailed investigation titled Marilyn Manson: The Monster Hiding in Plain Sight—a nine-month-long quest with more than 55 sources—Manson’s former assistants revealed the singer’s motivations behind such a cage. Ashley Walters (one of the many survivors suing the artist for sexual assault, battery and harassment) remembers how Manson revelled in telling people about the enclosure. Ryan Brown, another former assistant of the rocker, told Rolling Stone that although never witnessing women being confined in the chamber, “it was common knowledge that’s what everybody called it”—the bad girls’ room.

That’s not all that it was called. Singer Phoebe Bridgers bravely tweeted, earlier this year, about her experience with Manson as a teenager, “I went to Marilyn Manson’s house when I was a teenager with some friends. I was a big fan. He referred to a room in his house as the ‘r*pe room’, I thought it was just his horrible frat boy sense of humour. I stopped being a fan.”

Bridgers tweeted further that “the label knew, the management knew, the band knew. Distancing themselves now, pretending to be shocked and horrified is fucking pathetic.” The room wasn’t a secret by any means. In fact, Manson would often discuss it publicly. In a 2011 V Magazine article looking at his home life, journalist Elliot David described hanging out with the artist at his apartment, “It’s his perfect lair: a recording studio, a bedroom with a ‘bad girls’ room’ (some former shower or steam room that’s now a lockable, soundproof glass enclosure).” Rolling Stone also reported that the singer actually boasted about the room to a magazine (unknown) in 2012, “If anyone’s bad, I can lock them in it, and it’s soundproof.” And according to many women, that’s exactly what he did.

One of those making such claims among the over 15 women to accuse the rocker of abuse is Ashley Morgan Smithline, who told Rolling Stone that Manson would often lock her up in the chamber back when they used to date. “At first, he made it sound cool,” Smithline detailed, often confined for hours at a time, “Then, he made it sound very punitive. Even if I was screaming, no one would hear me.” She went on to explain, “First you fight, and he enjoys the struggle. I learned to not fight it, because that was giving him what he wanted. I just went somewhere else in my head.” This is not the first time Smithline has detailed her experience with Manson and his room.

In an interview with People in May 2021, Smithline recounted that over the course of their two-year relationship, she was often locked in the bad girls’ room whenever “she pissed [Manson] off.” This wasn’t all Smithline endured at the hands of the singer. The survivor also told People about the repeated and numerous acts of sexual assault carried out by Manson. Alongside the alleged sexual abuse, the singer whipped Smithline, bit her and even used a swastika-embellished knife to cut her. She was also forced to engage in a “blood pact” with him. Posting to her Instagram account in February, Smithline made her experience with Manson known.

As mentioned above, Smithline is not the only woman to bring such accusations forward. In fact, it was Westworld star Evan Rachel Wood who was one of the first to come forward, according to a detailed timeline of Manson’s disturbing and abusive behaviour provided by Billboard. Wood and Smithline were among four women who made public statements on 1 February 2021, the others included former assistant Walters and an artist known as Gabriella.

In an Instagram post shared on that same day, Wood wrote, “The name of my abuser is Brian Warner, also known to the world as Marilyn Manson […] I am here to expose this dangerous man and call out the many industries that have enabled him, before he ruins any more lives. I stand with the many victims who will no longer be silent.” Following her statement, multiple women continued to come forth with their own allegations against the singer. Again, Manson’s concerning comments and behaviours were quite publicly known by then and yet, did nothing to slow the growth of his career.

Wood and Manson first began their relationship in 2007, when she was just 19 and he, 37. When the relationship subsequently ended the following year, the artist detailed in a 2009 interview with Spin that “I have fantasies every day about smashing her skull in with a sledgehammer.” Prior to naming her abuser as Manson, Wood had people speculating who it was following her testifying before the California Senate Public Safety Committee in 2019 for an expansion of the rights of domestic abuse victims. She testified that the at-this-point unnamed abuser made “threats against my life, sometimes with deadly weapons.”

In its own covering of the recent allegations, The Guardian pointed to an article and attempted interview with Manson in 2020 by Metal Hammer in which the rock star cut the interview short—basically, he hung up—when asked if Wood was referring to him. Later, a representative of the artist told Metal Hammer, “Evan Rachel Wood dated multiple people around the time she was dating Manson […] The comments in Spin where Manson had a fantasy of using a sledgehammer on Evan and he cut himself 158 times was obviously a theatrical rock star interview promoting a new record, and not a factual account.” The representative went on to state that Wood’s and Manson’s engagement, which happened six months after his comments, were further supposed proof that it was not taken literally.

Among the women actually suing the artist is Game of Thrones actress Esmé Bianco. Bianco, who filed her complaint in April 2021, cited that during the course of their relationship in 2011, she was raped by the singer. Amid the lawsuit are also claims of batter and human trafficking. In court documents accessed by Pitchfork, some of the allegations stated that Manson had “chased [her] around the apartment with an ax, smashing holes in the walls” and had also “cut [her] with a Nazi knife during sex, without her consent, and photographed the cuts on her body. He then posted the photos online without her consent.”

Another woman who may have experienced the horror of the bad girls’ room is model Sarah McNeilly who also shared her experience on 1 February 2021 and spoke to Rolling Stone as part of its investigation. She wrote on Instagram, “He lured me in with ‘love bombing’. Posing as the perfect boyfriend,” but the reality for McNeilly was, “I was emotionally abused, terrorised and scarred. I was locked in rooms when I was ‘bad’.”

It seems that the music industry continues to prop up, defend and even celebrate accused abusers. In response to Manson’s appearance at Kanye West’s listening party for latest album Donda, Smithline exclusively told People, “It makes everyone really fucking sick. This is just like being retraumatised. And it’s just showing the point that the world doesn’t really care if you rape and if you beat and hurt all these [women], you can do whatever you want, basically, if you have money and you’re a guy and you’re famous.”

Throughout the year, as more and more lawsuits and accusations have been filed against him, Manson has continuously and vehemently denied the allegations. Among the statements made by his legal team and representatives, the singer took to his Instagram in response to the claims. “Obviously, my art and my life have long been magnets for controversy, but these recent claims about me are horrible distortions of reality. My intimate relationships have always been entirely consensual with like-minded partners. Regardless of how—and why—others are now choosing to misrepresent the past, that is the truth.”