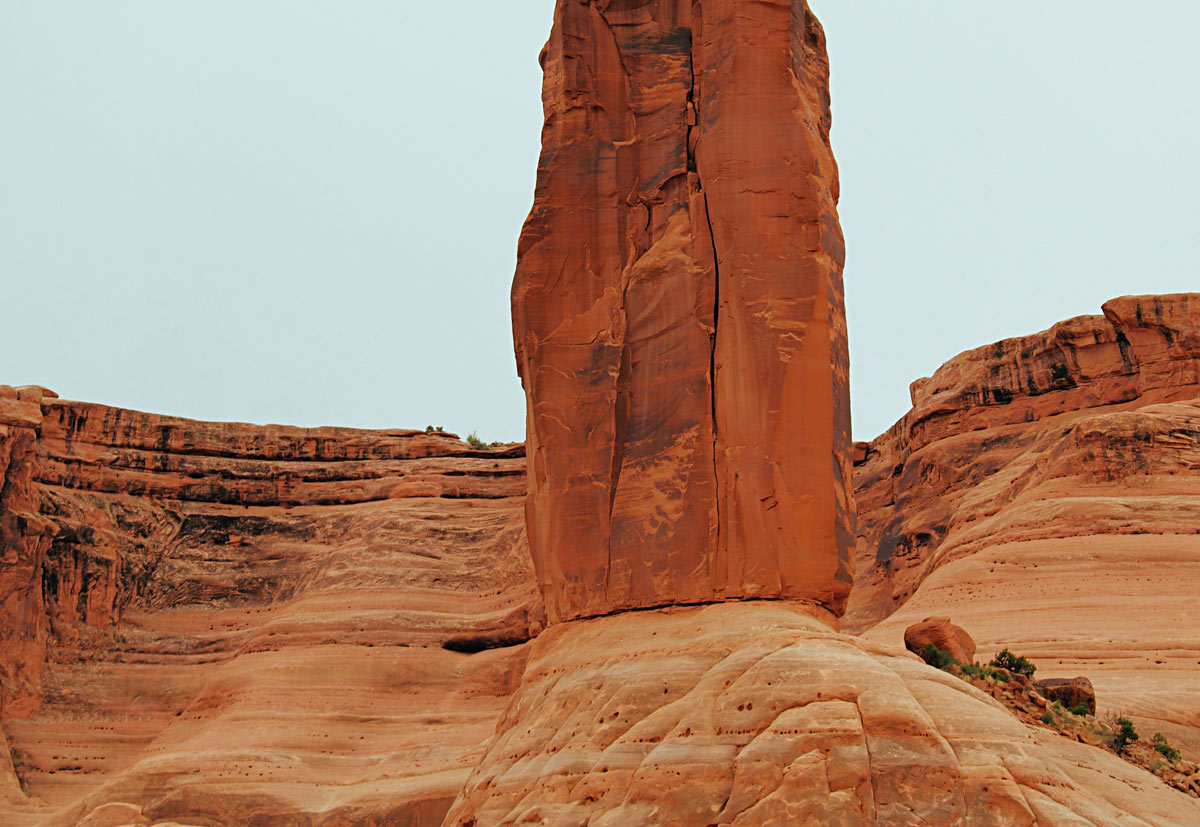 Mysterious monolith appearances: aliens or art? This is what we know

Just when we thought 2020 couldn’t get any more alienesque, not one, or two, but three massive metal monoliths were discovered in the middle of nowhere. I thought that all the surprise factor had been used up this year, well I was wrong. Is this the doing of one clever artist (whom I would very much like to meet if he would be so kind as to raise his hand)? Or, are these mysterious appearances literally from out of this world? This is what we know so far.

The first of these mysterious three metre-tall structures was spotted by Bret Hutchings, a helicopter pilot who was helping count sheep in the remote area of the Utah desert. “That’s been about the strangest thing that I’ve come across out there in all my years of flying,” he told local news channel KSL TV.

After the reported sighting, Utah’s Aero Bureau of the Department of Public Safety released a photo of the object on its Instagram but didn’t reveal its exact location. The post inevitably went viral, and people began their independent investigations and speculations which led to coordinates being circulated on Reddit, with absolutely no certainty on their accuracy.

More claims revealed that overviews of Google Earth show the monolith had been there for years before this recent discovery. Before quite enough people could be satisfied with its existence, poof, the ‘thing’ disappeared, leaving no trace of it to be found. Conspiracy theorists stuck their naughty little heads in too, presenting an idea that the structure had been placed, and then removed by aliens.

But, much to their bad luck, a photographer named Ross Bernards and his friend Michael James Newlands revealed photographs of a group of four men toppling it down and taking off with it.

“It must have been 10 or 15 minutes at most for them to knock over the monolith and pull it out,” Newlands told the New York Times. “We didn’t know who they were, and we were not going to do anything to stop them.” Now, I’m not sure about you, but this is exactly when I would have gotten involved and done anything to quench my curiosity, had I been there myself with an accomplice like Bernards did.

Their answer as to why they didn’t stop the men from taking the structure away was because they didn’t want to stop them taking it away. Bernards shared in an Instagram post that “it’s best to leave the art in the wild to her” after more and more cars and tourists began flooding the delicate landscape. This much I agree with, but a little ‘hey guys what’s that you got there, need a hand getting it out of here?’ wouldn’t hurt.

Just a week after, a local newspaper in the small town of Atascadero on the central Californian coast reported that another silvery column had been found atop Pine mountain, but unlike its sturdy and firm sibling in Utah, this one was apparently a little wobbly.

While the world was fumbling over Utah and Atascadero, Romania’s mountainous Neamt county had its time to shine as yet another metal structure popped up out of who-says nowhere. “The 2.8 metre tall structure disappeared overnight as quietly as it was erected last week,” Romanian journalist Robert Iosub told Reuters. “An unidentified person, apparently a bad local welder, made it … now all that remains is just a small hole covered by rocky soil.” I’m just going to add here that Sky News reported it to be 4 metres, which is rather a lot larger than 2.8 metres.

And so, the mystery continues, but if the original monolith in Utah was planted with inspiration from the science fiction novel 2001: A Space Odyssey, where a monolith appears on Earth and gives wisdom to a tribe of apes, it has left not much wisdom, but instead much folly among us, and much amusement on my part. 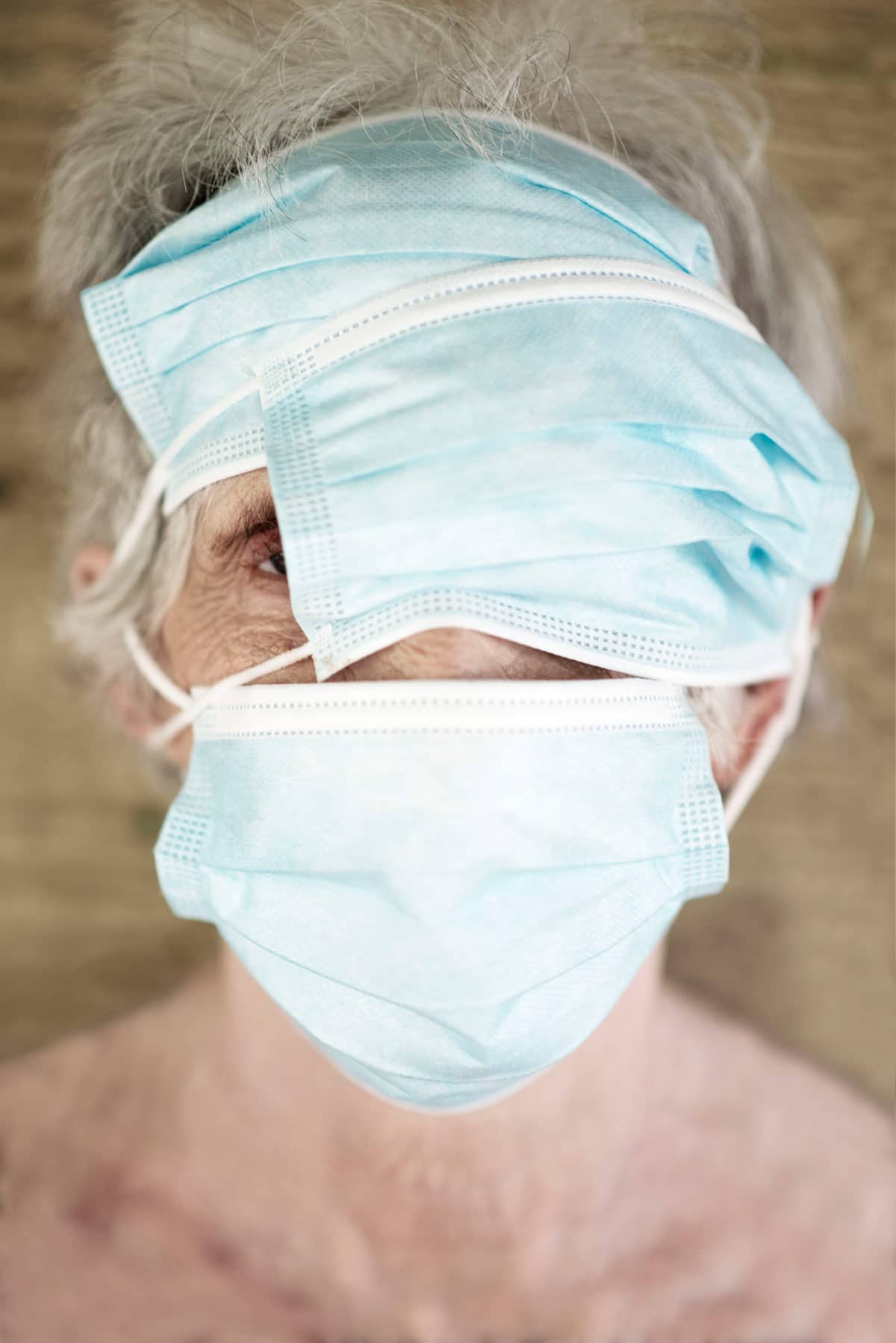 Conspiracy theories were bound to happen

Conspiracy theories were bound to happen

Trust me, I didn’t get this idea all on my own. Not long ago, I used to think the same as you—that conspiracy theories were just a result of the constantly growing number of paranoid partisans present on this planet. In other words, I was convinced that, were we to get rid of impressionable minds, this problem would not exist, or at least, it wouldn’t be this apparent.

Until I stumbled upon an article in The New York Times titled Why Conspiracy Theories Are So Addictive Right Now. Did I really need a reminder? Not really, but specific points made in this piece led me to understand the inevitable factor of the state our society is now in. After it was announced that President Trump had tested positive for COVID-19, the first thing that writer Kevin Roose did was to go on Twitter and other social media platforms to check what people were saying.

Instead, what he found online consisted mostly of “a bunch of paranoid partisans posting grainy, zoomed-in photos, analyzing video footage frame by frame, and people straining to connect the dots on far-fetched conspiracy theories involving a cabal of nefarious elites staging an elaborate cover-up.” No, Roose didn’t end up on a QAnon website, his feed was simply flooded with die-hard Democrats who were speculating, with no evidence, that Trump was faking his illness to engender sympathy and boost his re-election chances.

As he continued scrolling through his feed, Roose discovered more conspiracy theories linked to Trump, with one that claimed that the president had actually died and been replaced by a body double, another that said he had gotten a secret vaccine from Russia and was quarantining until it took effect or even that he had deliberately contracted the disease to distract the public from a New York Times article about his taxes. “Creative, but doubtful,” wrote the journalist.

Regardless of the fact that not one of these theories mentioned above were founded on something concrete, most of them were shared like there was no tomorrow. According to The New York Times, the online misinformation tracking firm, Zignal Labs, said that the theory of Trump faking his illness had been mentioned more than 85,000 times on social media, and that the hashtag #TrumpCovidHoax, which trended on Twitter in the US, had been mentioned more than 75,000 times. That sounds like a lot of fake news if you ask me.

So why is this happening? First of all, conspiracy theories and the amount of reach they get is linked to the way social media platforms work. As you probably know by now, especially if you’ve recently watched The Social Dilemma on Netflix, social media favour bold, engaging and shocking claims over careful (meaning true) ones.

But that’s not all of it. Conspiracy theories are growing quickly and reaching more people not only because of the platform they use but also because of us in the first place, no matter their political persuasion. This means that the rejection of authority conspiracy theories represent is not a singular phenomenon or one that is limited to far-right extremists.

Take Trump when he tested positive for coronavirus, for example. Democrats theorised about what secret maladies he was covering up while Republicans speculated about what signals he was trying to send to his political opponents. No one was simply accepting the scene at face value. Real information or not, in the age of social media, authority is held by people who can effectively get their message out.

Social media, mixed with human nature, was bound to bring us conspiracy theories en masse. This wasn’t something we could have avoided. Now, the real question is: are we going to be able to return to accepting information handed to us by elites at face value one day? Speaking to The New York Times, former C.I.A. analyst and media theorist, Martin Gurri, seems pretty sceptical, “There’s simply too much information now, traveling over too many channels, for people on any side to be satisfied with a single, straightforward answer to any question—whether it’s about the president’s blood oxygen levels, an imaginary pedophile cabal or something else entirely.”

Yes, conspiracy theories were bound to happen, and it certainly looks like they’re not going anywhere as long as social media platforms exist—and let’s be honest here, they’re too important to disappear. Brace yourselves, things are about to get ugly.