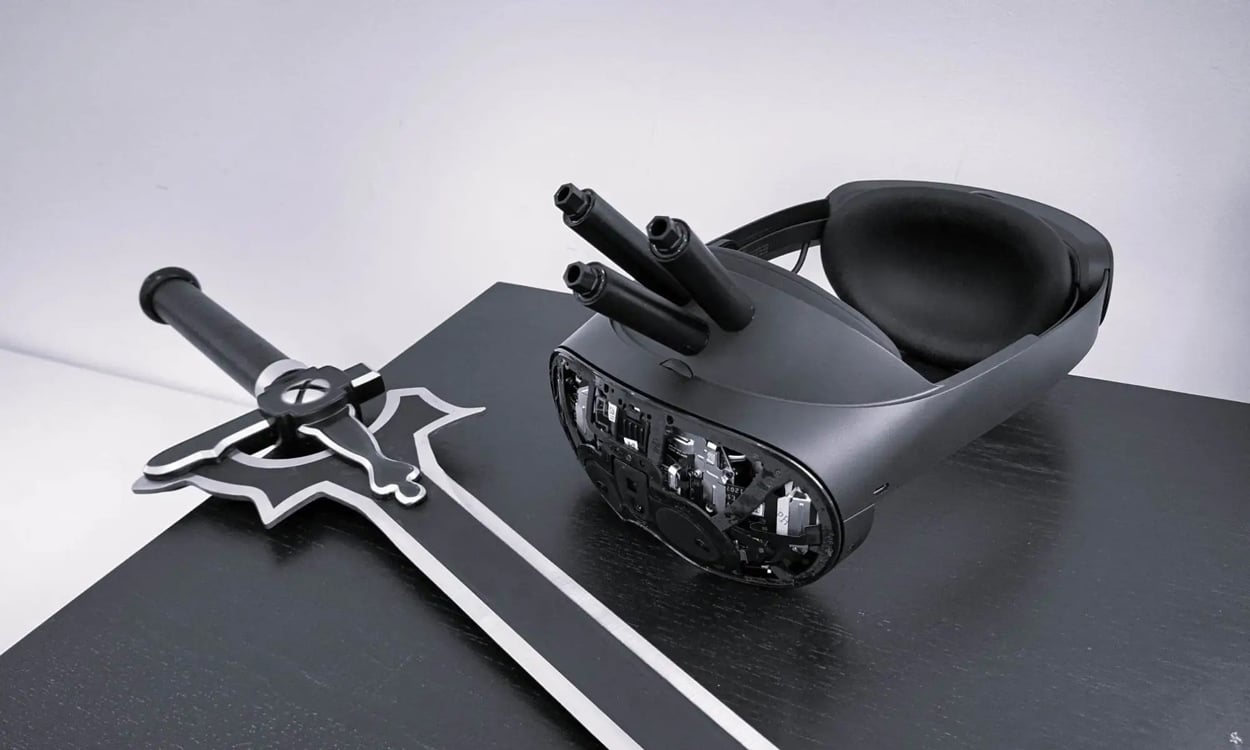 NerveGear 2.0: Oculus founder makes VR headset that kills users if they die in the game

Between 2002 and 2008, Japanese author Reki Kawahara published a web novel on his website which predicted the eerie future of AR, VR, AI, and more. Dubbed Sword Art Online (SAO), the series surrounded thousands of VR massive multiplayer online role-playing game (MMORPG) players who were trapped by a scientist inside a literal death game that could only be escaped upon completion.

If the players died in the video game, NerveGear—the VR helmet that transported them to a floating virtual castle called Aincrad—would destroy their real brains by emitting high-powered microwaves, seemingly shutting down their vital processes. The same would happen if anyone in the real world tried to remove or tamper with the NerveGear.

Simply put, while the game was highly immersive with intuitive controls and noteworthy features—minus the typical branded content—respawning was out of the equation and the stakes were sky-high, considering the fact that you could die in real life even if you greedily opened one wrong chest.

While the iconic series went on to spawn 12 manga adaptations, anime, theatrical films, and over six ironic video games of its own, a 30-year-old VR enthusiast has now confirmed the dreaded presence of the killing machine in question.

On 6 November 2022—the same date that 10,000 players logged into SAO’s mainframe for the first time in the futuristic series—co-founder of Oculus VR and designer of the Oculus Rift, Palmer Luckey, took the tech, gaming, and anime world by storm after announcing that he had created a gadget capable of killing users if they died in a video game.

“The idea of tying your real life to your virtual avatar has always fascinated me—you instantly raise the stakes to the maximum level and force people to fundamentally rethink how they interact with the virtual world and the players inside it,” Luckey wrote in a blog post. According to the entrepreneur, while pumped-up graphics might make a game look more real, only the threat of serious consequences (aka death) can make a game feel more real to you and every other person involved in the virtual experience.

“This is an area of video game mechanics that has never been explored, despite the long history of real-world sports revolving around similar stakes,” he added. I wonder why, huh?

As noted by the co-founder, the popularity of SAO led to a massive otaku enthusiasm for Oculus, especially in Japan, which quickly became the VR company’s second largest market. In fact, the very existence of Oculus Rift made the futuristic series itself seem far more plausible and grounded.

“This synergy had a meaningful impact on our dev kit sales and adoption—literally thousands of people reached out to me asking variations of ‘Have you seen Sword Art Online?’ ‘When will you make the NerveGear real?!’,” Luckey mentioned.

So, how does Luckey’s invention work exactly?

In SAO, the NerveGear essentially contained a microwave emitter that could be overdriven to lethal levels, something the author of the novel and the creator of the VR gadget itself was able to hide from his employees, regulators, and contract manufacturing partners.

“The good news is that we are halfway to making a true NerveGear,” Luckey wrote. “The bad news is that so far, I have only figured out the half that kills you. The perfect VR half of the equation is still many years out.”

“I am a pretty smart guy, but I couldn’t come up with any way to make anything like this work, not without attaching the headset to gigantic pieces of equipment,” the entrepreneur continued. “In lieu of this, I used three of the explosive charge modules I usually use for a different project, tying them to a narrow-band photosensor that can detect when the screen flashes red at a specific frequency, making game-over integration on the part of the developer very easy.”

Ultimately, when an appropriate game-over screen is displayed, the charges fire—instantly destroying the brain of the user. What’s worse is that, this time around, there won’t be a dude with black hair and two swords swooping in to save you from disintegrating in the game, true Marvel-style. And, in case you’re wondering what Luckey’s version of the fatal gadget looks like, here’s a once-over:

“This isn’t a perfect system, of course,” Luckey acknowledged. “I have plans for an anti-tamper mechanism that, like the NerveGear, will make it impossible to remove or destroy the headset.” A fatal cherry on the top, indeed. The entrepreneur also addressed the product testing phase of the technology by stating that there are multiple failures that could occur and kill the participant at the wrong time.

“This is why I have not worked up the balls to actually use it myself, and also why I am convinced that, like in SAO, the final triggering should really be tied to a high-intelligence agent that can readily determine if conditions for termination are actually correct,” he added.

At this point, Luckey believes the gadget is just a piece of office art—a thought-provoking reminder of unexplored avenues in game design. “It is also, as far as I know, the first non-fiction example of a VR device that can actually kill the user. It won’t be the last.” See you in the metaverse, I guess? Or maybe not. 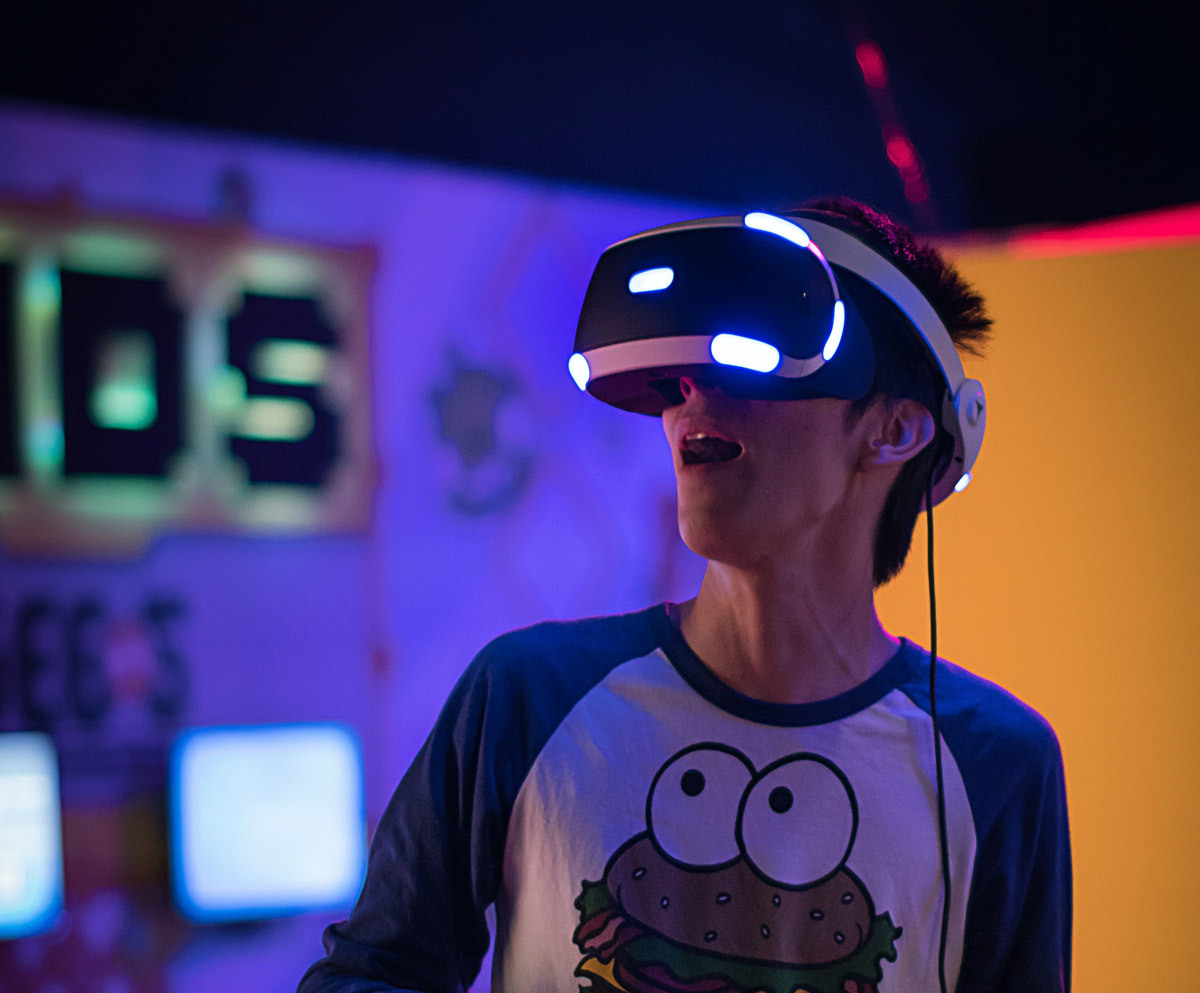 Virtual Reality (VR) has revolutionised the gaming world, giving users new ways to play and experience the virtual environments they love so much. But now, VR tech is turning its attention towards the beautiful game of football.

Half of all Premier League teams are now using VR to help players recover from injuries as well as even providing training, with experts predicting all top level clubs to be using it by the end of the year. Utilising software created by technology company Rezzil, teams like Everton and Leicester have been able to practise drills without ever having to even kick a real-life football.

This special tech was initially used back in October 2021 to improve safety in the sport—allowing players to practise header drills without the risk of head injury just by using a headset and controllers. Since then, the VR software has come leaps and bounds with the introduction of new sensors for feet that can simulate the act of kicking a ball with incredible accuracy.

Andy Etches, the founder of Rezzil who previously worked for Manchester City football club, told The i, “It can recreate foot position and angle of attack […] It’s unbelievably accurate, you can do keepy-uppies with it.”

The importance of VR, especially in the rehabilitation of players, is crucial. Cesc Fabregas, former midfielder for Arsenal and Barcelona partnered with Rezzil last year and in a post on Facebook stated: “In all of my years, I have never seen technology that allows players to develop their cognitive skills in a Virtual Reality world without the risk of injuries. Their game-changing technology has helped me step up my rehabilitation through various training drills.”

And Fabregas isn’t the only player this new tech has helped. Midfielder Lewis Cook of AFC Bournemouth used VR in the early stages of his rehabilitation following a serious knee injury.

Along with injury recovery, Rezzil’s fascinating new technology can also simulate the pressures of top level football, something that can be pretty nerve wracking for junior players. The transition young players undergo from their youth matches to senior-level games can be daunting, but thanks to Rezzil, this experience can all be replicated in VR before they even step onto the pitch.

“We can recreate false pressure and test it,” Etches told The i. “We can recreate that crowd noise, the speed of players running at them, give them a chance to prepare for their debut.” The founder believes that the ability to measure cognitive skills will also help mentally gifted players—building up their physical skills in a safer environment and giving them a second chance on the pitch.

The implementation of VR in football is just one of the many ways it is being used around the world to change the way we look at and interact with things, from using it to treat PTSD to experiencing what it’s like to take a walk on the moon, the possibilities seem endless. With so much potential, and not just for gaming, VR is certainly on the path to changing how we encounter a whole multitude of things—and where it goes next is anyone’s guess. But whatever it may be, we wait with bated breath.