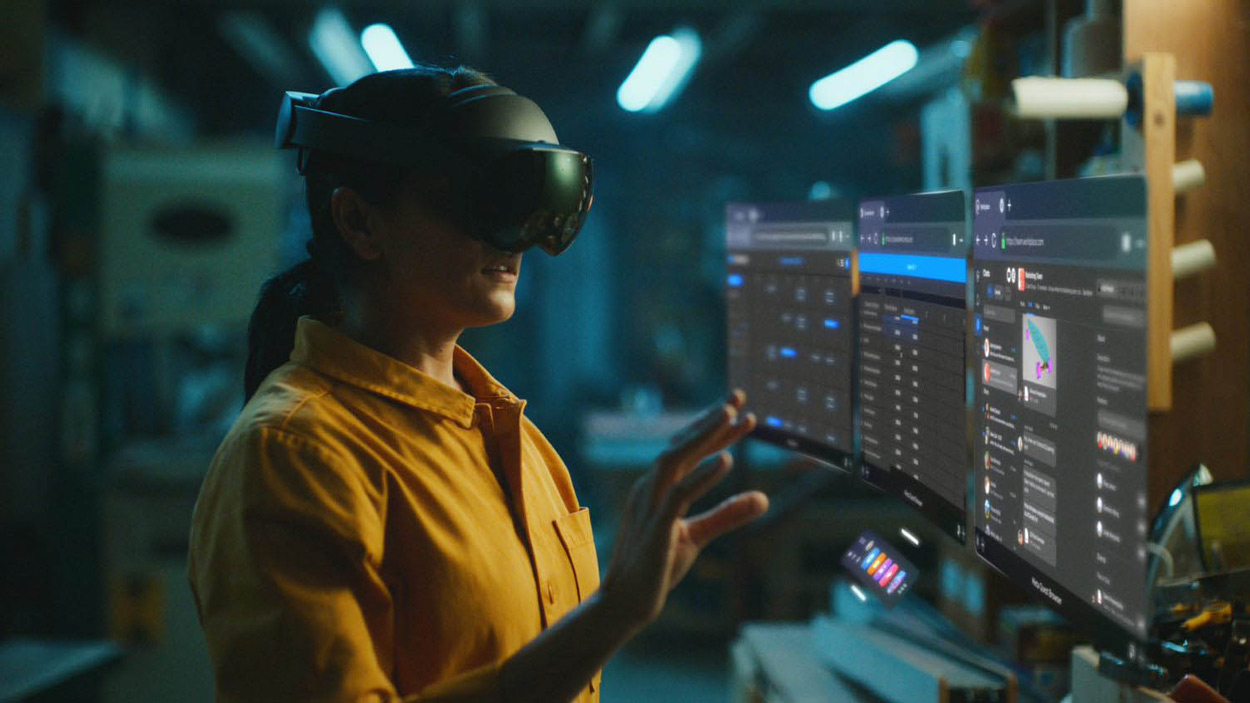 On Tuesday 11 October 2022, Meta revealed the Meta Quest Pro, a new virtual reality headset that costs an arm and a leg—more than three times the cost of a $500 Meta Quest 2 with a 256 GB hard drive. It’s a cool-looking device with upgraded hardware, advanced features… and cameras that point inward to track your eyes and face.

Along with launching its new $1,500 headset, Meta made sure to update its privacy policy in order to include one titled “Eye Tracking Privacy Notice.” This addition will allow the company to use eye-tracking data to “help Meta personalise your experiences and improve Meta Quest.” Although the policy doesn’t openly say that Meta will use the data for marketing, “personalizing your experience” is typical privacy policy speak for targeted ads.

And in case you still have any doubts, Meta executives have been pretty clear about it. In an interview with the Financial Times, head of global affairs Nick Clegg explained that eye tracking data could be used “in order to understand whether people engage with an advertisement or not.”

Whether targeted ads bother you or not, this technology takes data collection to a whole new level. The Quest Pro isn’t just going to inform Meta about what you say you’re interested in like old times, tracking your eyes and face will give the company unprecedented insight into your emotions. And if we’ve learned anything from the past, it’s that we certainly don’t want Meta to know more than it already does about us.

“We know that this kind of information can be used to determine what people are feeling, especially emotions like happiness or anxiety,” said Ray Walsh, a digital privacy researcher at ProPrivacy, when speaking to Gizmodo. “When you can literally see a person look at an ad for a watch, glance for ten seconds, smile, and ponder whether they can afford it, that’s providing more information than ever before.”

But even this doesn’t seem to be enough for Meta. Back in January, it filed a patent for a system that “adapts media content” based on facial expressions. It also patented a mechanical eyeball, because why not?

According to Walsh, despite the fact that most people have privacy concerns when it comes to Meta, if successful, “there’s going to be a stigma attached with denying that data. You don’t want to be the only one looking like an expressionless zombie in a virtual room full of people smiling and frowning.”

Digital marketing is all about showing you the right ad at the right moment—so a technology that can measure your emotions inevitably opens up a whole new arena for targeted ads. Walsh went as far as to suggest that advertisers could build campaigns with content specifically designed for people who seem frustrated, or more cheerful ads for people who are in a good mood.

Though it shut down Facebook’s facial recognition features and deleted around a billion face prints in 2021, Meta never promised to stop using facial recognition data altogether. Here we are with a shiny new product that will peek into your soul. What do you really think Meta will do with that data? 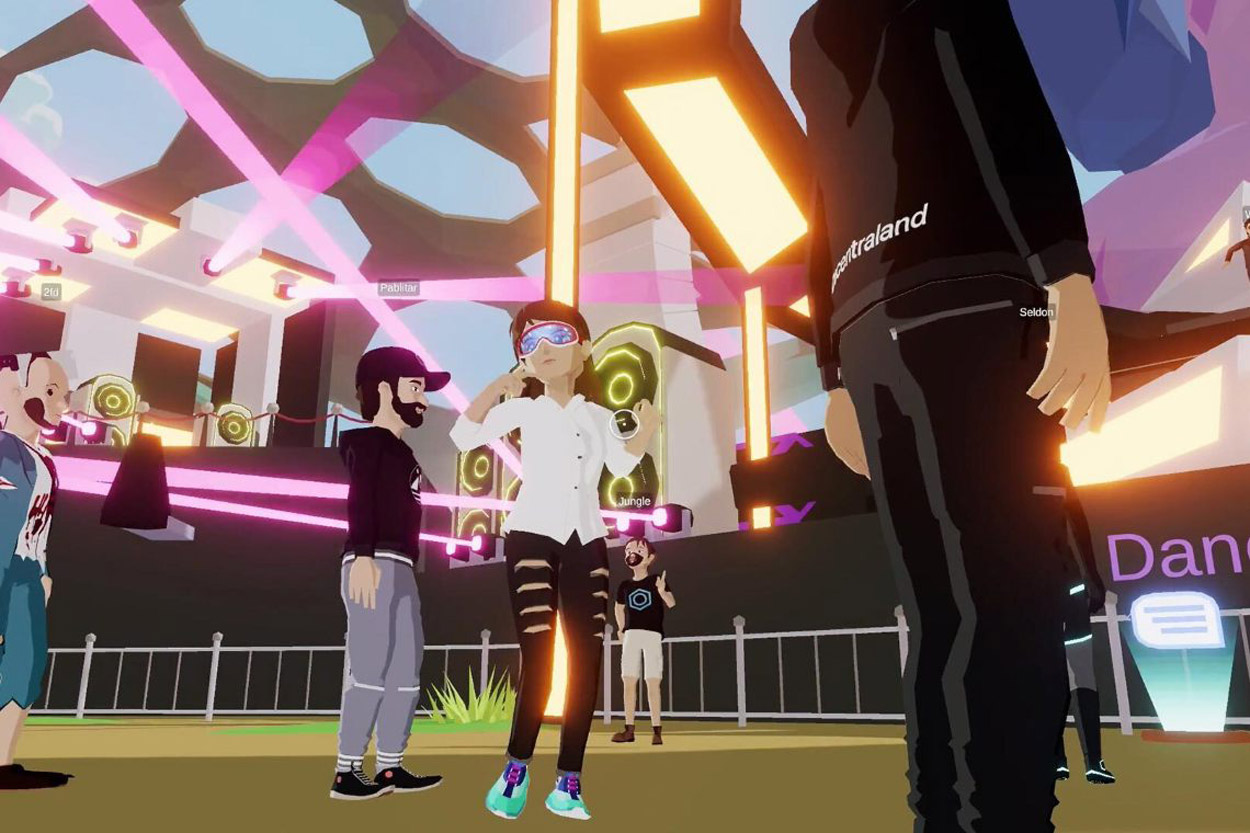 Just over a year ago, it seems like the whole world rejoiced as Mark Zuckerberg’s then Facebook—now Meta, obviously—began assembling a new team that would solely work on building and bringing the metaverse to ‘life’.

In a December 2021 note, analysts at Jefferies, led by equity strategist Simon Powell, said that the metaverse has “the potential to disrupt almost everything in human life.” Meanwhile, Bloomberg described the digital universe as an “$800 billion market opportunity.”

No wonder we all believed and fell for the metaverse hype. The initial concept sounded innovative and fun—we weren’t exactly sure what it was all about, but we were down for the ride.

That being said, when humanoid robot Zuckerberg announced Facebook’s rebrand to Meta, two things were clear as day. Firstly, the move was part of a strategy to distract from recent controversies plaguing the company (most notably, whistleblower Francis Haugen’s testimony that the tech giant knowingly harms children in pursuit of profit).

Secondly, it solidified the fact that Lord Zucko’s vision for his company had shifted—the metaverse was now the hill he was ready to die on. And boy does it look like this might just be the case given Meta’s tanking stock market value.

But as we continue to roast the awkward CEO’s Horizon Worlds and avatar graphics—they’re getting legs guys, great—it looks like Meta is not the only company entering its metaverse flop era. Enter Decentraland, the digital universe combining NFTs with the metaverse.

Decentraland first made headlines when people started banking profits of more than 500 per cent from buying and selling digital land. This was before Zuckerberg even joined the metaverse race too. Since then however, it seems things have been heading south for the virtual world.

New reports from data aggregator DappRadar have revealed that Decentraland had only 38 “active users” in a 24-hour period while competitor The Sandbox had 522 “active users” in that same time. According to DappRadar, an active user can be described as a unique wallet address’ interaction with the platform’s smart contract.

For example, logging onto The Sandbox or Decentraland to make a purchase with SAND or MANA—each platform’s respective native utility token—is counted as an “active use.” In other words, DappRadar’s analysis of the two virtual worlds’ daily active users doesn’t include people who simply log in and interact with other users on the metaverse platform or drop in briefly for an event.

What it really shows is that fewer transactions, like buying or selling a non-fungible token (NFT), take place on these platforms than the number of people that visit. When faced with such low numbers however, it’s hard not to worry about how many users actually visit the metaverse.

Though he didn’t specify how Decentraland itself defines what an “active user” on the platform is, Creative Director Sam Hamilton was quick to point out that DappRadar’s report was misleading, adding that Decentraland has 8,000 users on average per day.

Speaking to CoinDesk, he noted that while the virtual world saw peak attendees in March 2022, the number of “tourists and spectators” has since cooled down. “We are finding the core community of people returning every day is growing.”

Instead, Hamilton explained that the number of users on Decentraland can be more accurately quantified by looking at a dashboard built by the platform’s community. The data measures “unique visitors per day” and looks at different periods of time between 7, 14, 30, and 90 days. The same data tool measures the number of “parcels visited per day” and “marathon users,” which it defines as users with the most online time.

Shortly after CoinDesk covered the worrying numbers in its article, Decentraland took to Twitter to criticise the spread of “misinformation” and clarify that it saw “1,074 users interacting with smart contracts” in September.

Even if Decentraland is hitting 8,000 users a day, that’s still pretty concerning considering the metaverse project is meant to be the future of online communities with a valuation of $1.2 billion, no less.

DappRadar has since stated that it’s recalculating its data and that it’s working closely with Decentraland to more accurately track the metaverse’s daily active users in the future.