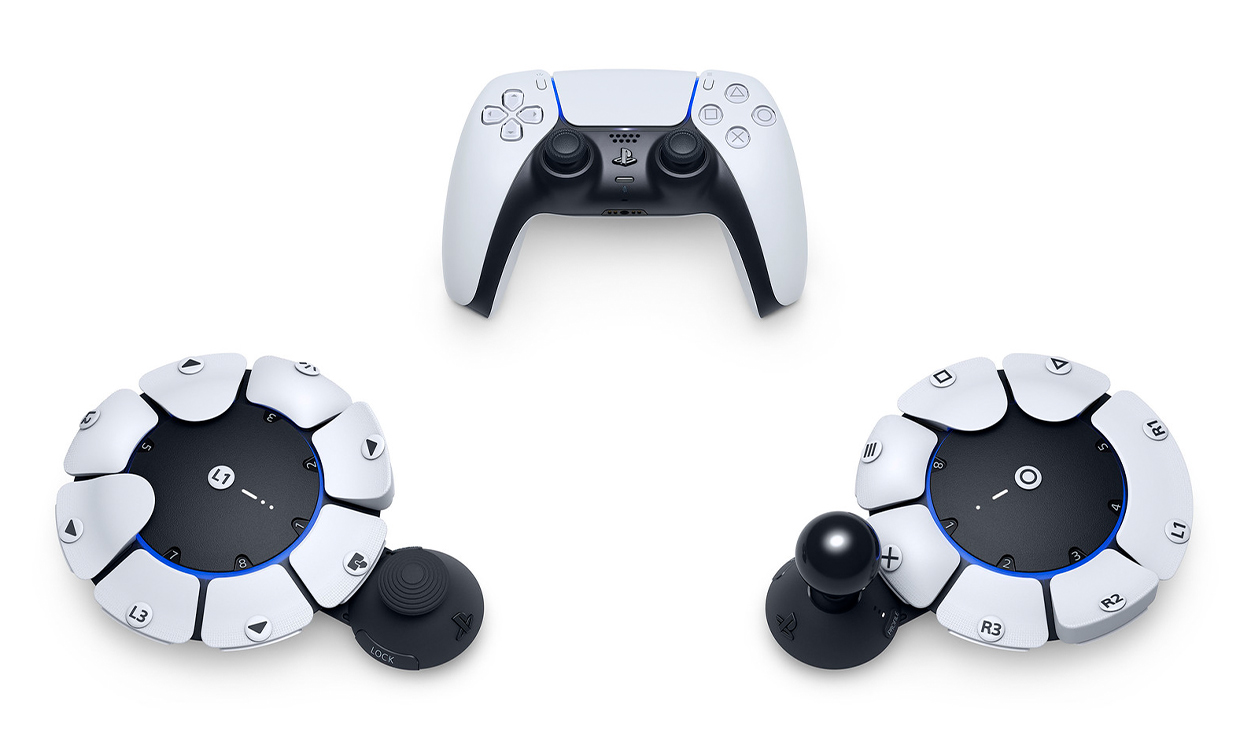 Every year, the Consumer Technology Association (CTA) blesses us with its annual trade show, the Consumer Electronics Show (CES), where future-forward products are debuted, partnerships are forged and investments are made. CES 2023 was no exception, with countless inventions already making headlines worldwide.

Among them is Sony’s Project Leonardo, a brand new gaming controller for its PlayStation 5 that aims to bring improved accessibility to players with disabilities. After teaming up with several charities, including US-based AbleGamers and UK-based SpecialEffect, the Japanese multinational conglomerate revealed its “highly customisable kit” made of different buttons, triggers and sticks at the renowned event on Wednesday 4 January.

Speaking to the BBC about the promising controller, a Sony Interactive Entertainment official said that Project Leonardo would work “out of the box” to help gamers play “more easily, more comfortably and for longer periods.”

“We feel the breadth of hardware and software customisation options in Project Leonardo is unique and stands out from any other accessibility controller on the market today,” the official went on to say. Although Microsoft released a controller with the same mission back in 2018—the Adaptive Controller, which sells for £74.99 at its UK store though extra buttons and joysticks can cost much more—Sony seems to believe its own technology will go above and beyond when it comes to providing greater accessibility to gaming.

“Project Leonardo is a true passion project for our team. We’ve drawn on 28 years of design expertise at PlayStation to create a controller kit that we hope many players with disabilities will find useful.”

Manufacturers other than Microsoft, such as Hori, have also developed accessible controllers. In 2022, the third-party video game hardware company known for its special focus on retro-themed game controllers 8BitDo made one for gamers with spinal muscular atrophy after being contacted by a parent.

Not one to miss a good opportunity to show off, also at CES 2023, Sony unveiled the first trailer for the feature film based on the racing game Gran Turismo and revealed it had sold more than 30 million PlayStation 5 consoles as of December 2022.

Project Leonardo, which can be paired with an existing DualSense controller or used on its own, is currently in development and does not have a release date or price yet. 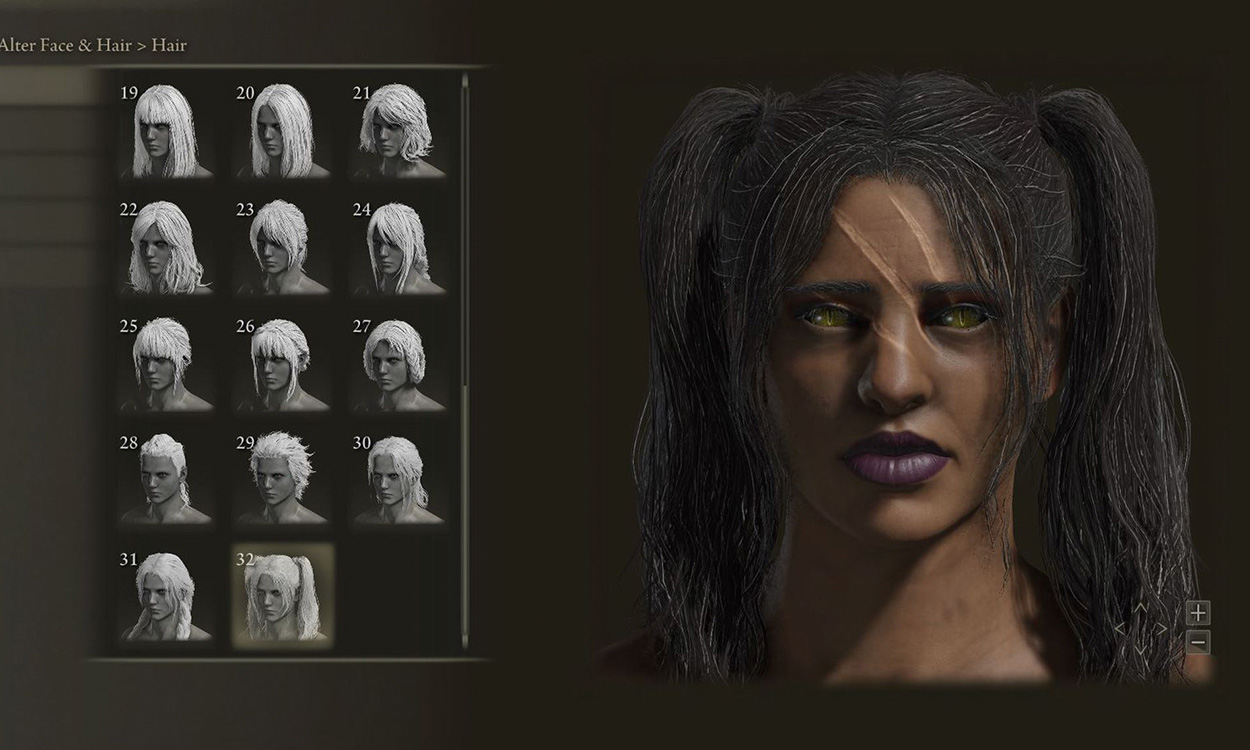 On 7 December 2022, Elden Ring—the hit title from Japanese developer FromSoftware—released a free update, complete with a colosseum arena for players to battle in and a series of small balance changes. The update was well received, but fans have pointed out a glaring flaw in the release of new hairstyles: its sole emphasis on euro-centric cuts. This oversight by FromSoftware and publisher Bandai Namco Entertainment is indicative of a wider issue in gaming, one that needs meticulous unpacking.

Following the Elden Ring update, a number of publications, notably The Verge, began highlighting the severe lack of diverse hairstyles in the game. Not having enough options in a video game where you customise your character is always annoying, and missing diverse hairstyles is not only frustrating but irresponsible.

Though Elden Ring features an extensive create-your-own-character system, one which is infamous for giving players the ability to make their characters look silly and outrageous if they wanted, it continues to be heavily lacking in options for ethnic minorities.

These omissions—whether intentional or not—reflect a systemic issue that the gaming industry needs to rectify. On top of being a thoughtless and insensitive move, it also overlooks the growing diversity of today’s gamers. Gaming is a medium that has absolutely skyrocketed in the last decade, and shows no signs of slowing down.

A 2015 study found that, while 72 per cent of white children play games, that number was higher in black, non-hispanic children at 83 per cent and slightly lower in hispanic children at 69 per cent. Another study from the same year outlined that the amount of adult gamers across all ethnicities is growing, with over half of black and hispanic adults stating that they play video games. These numbers show just how much the industry is expanding and how important it is to make sure that games are accessible to all.

However, this exponential growth has unfortunately uncovered persistent inequality within video games—particularly in a lack of options for gamers who aren’t from a white background, and a growing issue with toxic and racist gamers in voice chats.

SCREENSHOT reached out to publisher Bandai Namco Entertainment for a comment on the aforementioned issues regarding the game’s update. In response, the company stated that it would pass on the feedback to the developers. Whether or not we’ll actually witness an addition of new hairstyles any time soon remains to be seen. Meanwhile, Bandai Namco also suggested that we share our feelings on social media to “generate some traction.”

Although I believed the comment had a tinge of sarcasm to it at first, it’s not exactly easy to digest the fact that this was the publisher’s official comment. After thinking about it for a moment, it’s clear this response is directly emblematic of the issue at hand. Weak and noncommittal.

How is the gaming industry failing to represent?

Looking back, this is not the first time the gaming industry has faced accusations regarding a lack of diversity. In November 2022, Final Fantasy XIV director Naoki Yoshida addressed the lack of representation in the game, stating: “Ultimately, we felt that while incorporating ethnic diversity into Valisthea [the setting of the game] was important, an over-incorporation into this single corner of a much larger world could end up causing a violation of those narrative boundaries we originally set for ourselves. The story we are telling is fantasy, yes, but it is also rooted in reality.”

Final Fantasy XIV is a massively multiplayer online role-playing game (MMORPG or more commonly MMO) for those that don’t know. It’s a combat-filled, fantastical sort of take on Second Life. MMOs are arguably the most important genre to represent people in, given that you are self-inserting your own created character into a virtual world. So, while Yoshida’s statement may seem earnest, it quickly crumbles when placed under any scrutiny or context.

In Yoshida’s game, you’re telling me that the line between mediaeval fantasy and reality only needs firm boundaries when it comes to race. The game features playable bunny characters and giant chickens you ride around on, but decent black and diverse representation crosses a line for the team? Make it make sense. Fans and critics on Twitter clapped back with scathing yet hilarious responses to the Final Fantasy news.

It should be noted that the games which come out of Japan aren’t often the bastions of diversity, given that the country is very ethnically homogenous, but when so many of their games reach such a global audience, it’s frustrating to see that these issues still get overlooked. The Pokémon Company for example—another team from Japan—does an excellent job at showcasing a diverse and varied cast of characters, often to widespread acclaim.

And the problem doesn’t stop at Elden Ring and Final Fantasy XIV either. A lack of diverse hairstyles can also be seen in other titles like Monster Hunter: World (which only got more POC options after its second expansion), and in 2021’s flop title Outriders, which only had four options for black gamers. The notoriously expensive Star Citizen also makes the list—you’d think some of that budget could have been spent on a few more hairstyles…

The studios and video games spearheading the diversity movement

While Japan may have been slow on progress, the West has done a lot for diversity in gaming during our roaring 20s. Larian Studios’ Baldur’s Gate III and CD Projekt RED’s Cyberpunk 2077 were examples that showcased an excellent and varied representation in their customisation and character cast, allowing the player a myriad of options when it came to POC hairstyles specifically.

EA’s The Sims 4 is another great example with a slew of options, especially from its modding community. A special shoutout also to Nintendo’s 2020 pandemic saviour Animal Crossing: New Horizons, yet another game with inclusive and diverse options for users. It even had wonderfully progressive attitudes to gender expression and identity.

Let’s give you a little bit of a deeper dive into the options some of these games offer when making your character. In Animal Crossing: New Horizons, you’re met with a plethora of options, from a balanced variety of hairstyles and accurate skin tones to a positive and free expression of gender identity—no ageism either. In a step up from previous titles, the game lets you change your appearance whenever you want too, really honing in on its aims to allow users to freely express themselves.

The Sims 4 has similarly excellent character creation options, a system that EA has continually supported long since the game’s initial release. There are endless skin tone options and pages upon pages of hairstyles and inclusive features to choose from. And if that isn’t enough for you, you can easily mod The Sims 4, a system which allows you to import player-made creations into your own game.

Although some of these next titles don’t include options for creating your own character, it’s worth highlighting how much the industry has worked on improving its representation as a whole. Arkane Studios’ POC-led Deathloop and Respawn Entertainment’s Apex Legends are great examples of developers that get it right, with the latter being the most diverse game on the market right now, as highlighted by a study from DiamondLobby.

Riot Games’ Valorant has excellent representation of black, Asian and minority ethnic (BAME) backgrounds too. And of course, Blizzard’s Overwatch 2 continues to push a diverse cast of characters from all over the world.

All that being said, for me, the highlight in the industry has to be Supergiant Games’ Hades—a roguelike game steeped in a rich tapestry of Greek mythology. The indie hit effortlessly represents a wide range of ethnicities and orientations through its vibrant and engaging visuals, making it a treat and a must-play for anyone with an itch for mythology.

Gaming appears to fail the most when it comes to options in titles where you’re customising the character. A big issue in games is also the actual quality of the black hairstyles offered. It’s been such a persistent problem that you have independent creators setting up libraries to help teach and educate, like the amazing Open Source Afro Hair Library which is full of references and tutorials on how to improve the quality of black hair modelled for games.

Although the gaming industry is moving forward to be as progressive as it can be, other facets of society are beginning to slug behind, with recent news that the CROWN act—a US bill aiming to stop black hair discrimination—failed to clear the senate in the American courts on 14 December.

The blocking, although shocking, should come as no surprise and reminds us that no matter how many steps forward we take, someone will always try to gatekeep progress. I’m just glad things are looking a bit brighter for the future of inclusivity in the gaming industry and hope we’ll see it continue to spill over into the rest of our lives.