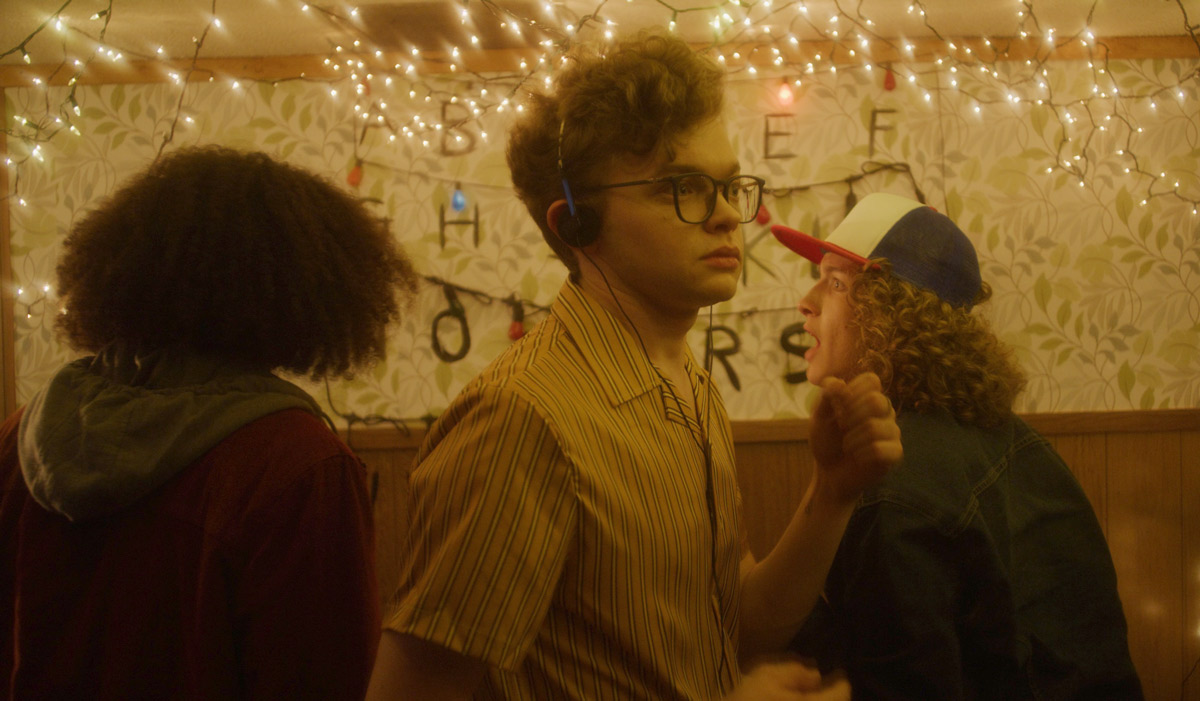 In September 2015, Skrillex and Dillon Francis uploaded a vlog where they were heard saying random things like ‘No’, ‘Nay’ and ‘Bye’ before a then-16-year-old remixed the audio “moombah style” and cemented his debut on YouTube with a channel called CG5. Today, the channel in question stands at a staggering 3.5 million subscribers with over one billion views—featuring absolute bangers based on popular video games, memes and TV shows.

From original music on Dream SMP, Big Chungus, the Duolingo Owl and even the Terrified Noot Noot meme to wholesome remixes and covers of Plants vs Zombies and ‘Omae Wa Mou’, 23-year-old singer and songwriter CG5 (born Charlie Green) has undoubtedly evolved into one of the leading music creators on YouTube who understands his audiences’ tastes.

But what is it about CG5’s unique takes on internet and meme culture that has helped the artist build a loyal community across media platforms? And given how meme culture is always dynamic, is it still a noteworthy factor more artists should start considering in the future? In order to break down the process behind CG5’s catchy beats, his latest single ‘Strangest Thing’ and his nonlinear approach to music as a neurodivergent person, SCREENSHOT sat down with the artist, who is also well-known to create masterpieces at record speed.

A nostalgic tale of initiations

Hailing from Phoenix, Arizona, CG5 discovered his affinity for music at the tender age of five—using anything at his disposal to make a rhythm and beat to sing along to. Throughout his formative years, he was inspired by pop groups from the 70s and 80s like Hall & Oates and the Doobie Brothers, who continue to have a deep-seated influence on his music today.

By the age of six, CG5 also became curious about music production using basic platforms which led him to master more advanced software as he grew older. Though the multi-instrumentalist launched his YouTube channel back in 2014—he rose to prominence through his original songs—it was in 2017 that his success took off following tracks like ‘Can I Get An Amen’, ‘I Got No Time’ and 2018’s ‘Labyrinth’.

In 2020, CG5 made further waves on TikTok with his trending single ‘Absolutely Anything’, which currently stands at 7.2 million video creations. In fact, the single was also hand-picked by Warner Music Group’s imprint label Spinnin’ Records for redistribution—in turn, marking the artist’s first commercial success. With a viral following on the video-sharing platform, over 400 million streams on Spotify and 20,000 members on his Discord server, it’s safe to say that CG5 has nailed the art of capturing interests by creating and mastering everything in the realm of music that meets the authentic demands of the masses.

Now, if your 2020 lockdown had been synonymous with the online multiplayer game Among Us, then chances are that you’ve already fallen down CG5’s musical rabbit hole with his original songs, ‘Show Yourself’, ‘Lying 2 Me’ and ‘Good To Be Alive’. Raking over 90 million views on the former, the hit single is often revisited by players looking to refresh their nostalgic voids left by the party game of teamwork and betrayal.

While this sphere of gaming and internet culture offers huge potential to musicians, it also puts them in a dilemma rooted in uncertainty. “Meme culture is short-lived,” CG5 explained. The claim checks out, given how legendary artforms like YouTube Poop are on the brink of extinction. Heck, the whole Gentleminions trend is also being wiped off our FYPs the further away we stray from the release date of Minions: The Rise of Gru.

For CG5, however, a certain element comes into play with his viral hits based on the latest memes: the speed of creating them. “This has worked in my favour because I can produce a song in a few hours,” the artist said. In fact, it only took CG5 two hours to whip up the entire ‘Noot Noot’ song. Two hours for a meme-based masterpiece that has amassed close to two million views and is nothing short of a masterpiece worth playing on repeat.

But unfortunately, the artist further mentioned how this dynamic approach to trends is a “hard formula to stick to forever.” In turn, he has another piece of advice for musicians who are looking to tread down the same path: “I say, do what speaks to you and you will not regret it!” This reminds me of the tips and tricks on ‘how to make memes’. The music industry has come full circle when it comes to its bouts with internet culture if you ask me. And we’re all definitely here for it!

Welcome to the Upside Down

In the past, CG5 has debuted his unique take on movies and TV shows like SCOOB!, Frozen 2 and Squid Game. On 1 July 2022, the artist released his latest single and music video in this category titled ‘Strangest Thing’—inspired by none other than his love for Netflix’s hit American sci-fi series, Stranger Things.

“Stranger Things is just an amazing show! I wrote the song as if it was a theme song,” CG5 explained. “I wanted to bring aspects from every season into the video.” And boy did he succeed. From the intro screen and the Christmas light communication scene to minor details like Eggos, the grandfather clock and even Steve Harrington’s spiked bat, the visuals in ‘Strangest Thing’ capture the very essence of the TV show—accompanied by CG5’s playful tones and flawless vocals to complete the immersive experience, of course.

“I’m inspired by the 80s. Everyone loves the nostalgia and aesthetics and I’ve always been a sucker for it,” CG5 continued. “I grew up listening to this music and to be able to capture that in a music video is a dream come true.” The video in question also has an easter egg in a blink-and-you’ll-miss-it moment, which can only be spotted by a fan who’s been catching up with all his musical creations. Hint: It has something to do with ‘005’, similar to the Squid Game-inspired ‘Inspector Royale’.

While the artist takes viewers on a mysterious adventure with the music video and truly transports them to the Upside Down, it should be noted that CG5 curated the visuals first and then the music for ‘Strangest Thing’.

“The most exciting part of this project is that I didn’t even have a song before I had an idea for the video! I conveyed this to the director, Justin (Marmo) Marmostein, and he took the challenge with his team where they created a treatment before having the song,” he said. “The fact that the producer was such a fan of the show really helped bring the video to life.”

Although the creative freedom with this nonlinear approach to music is in another league altogether, it also makes one wonder about the challenges faced by the artist during the process. When I queried CG5 about his experiences, however, he highlighted an important aspect that comes with taking routes that are otherwise considered ‘unconventional’. “I feel like there weren’t any challenges because the inspiration for the song was just so powerful,” he said. “And my ability to visualise drove the song to victory!”

‘Music is my first language’

As a neurodivergent individual, music has always been CG5’s first language, and English, the second. When asked if neurodivergence has influenced how he perceives and approaches his musical creations, CG5 said, “Some artists can write about the ‘human experience’ better than I can. However, if you give me a topic and a storyline that is inspirational, I can connect better to the music I am creating and make something amazing.”

“Being neurodivergent helps me get lost in the project and hyper focused until it is complete.”

On online forums like Reddit, I’ve previously come across members of the neurodivergent community who make music for a living. But some of them admit that they don’t disclose the same due to the discrimination others have witnessed in the industry. Although the pandemic has brought questions of access and disability rights into focus and the music scene seems to be listening, the risk of “exploitation” allegedly still remains high.

When asked about his take on the discourse, CG5 admitted, “I haven’t personally experienced that kind of discrimination. When I did a short documentary video called ‘The Complicated Life of CG5’ with director Matt Fitzgerald, he did a great job of presenting this part of me to my audience. After that, I’ve only received positive feedback and found that many people who follow me have the same experience and can relate.”

After ‘Strangest Thing’, the artist highlighted that fans can look forward to more singles and video releases this year. “I just finished the music for a highly anticipated project that follows the storyline from a popular Minecraft server called the Dream SMP,” he teased. “I’ve also been working on an exciting collaboration, but I can’t give any details on that… just now…”

Until then, I’m planning on launching a petition to officially include ‘Strangest Thing’ in season 5. Who’s with me?