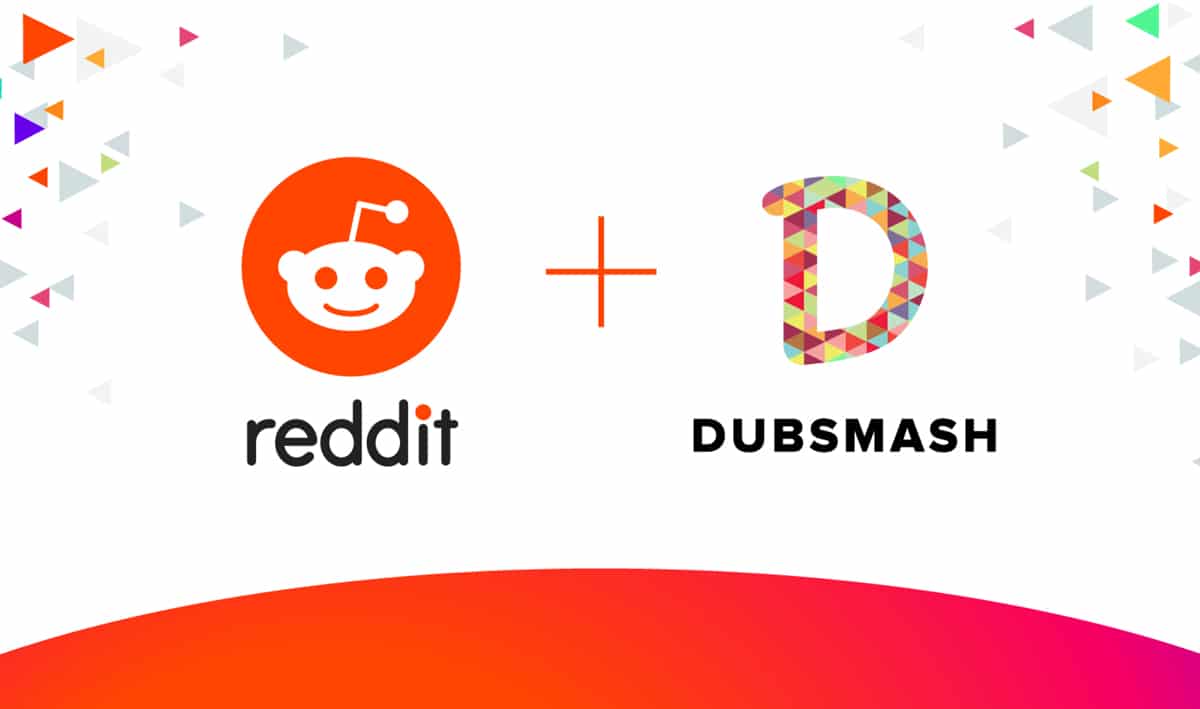 On Monday 14 December, Reddit announced that it had just acquired the New York-based video sharing social media Dubsmash. Although the deal’s terms remained undisclosed, it was revealed that Dubsmash will retain its own platform and brand while Reddit will get to integrate its video creation tools to its platform. Could these two joined forces pose a serious threat to ByteDance’s TikTok?

According to Crunchbase, Dubsmash has raised $20.2 million from investors including Lowercase Capital, Index Ventures, Eniac Ventures, Heartcore Capital and Sunstone Life, making it one of TikTok’s biggest rivals. But things weren’t always looking good for the app.

During its first incarnation as a lip-sync video app in 2015, Dubsmash was popular for a short moment until it started struggling for two years. In 2017, the app was on the brink of death, so its co-founders decided to go through a complete makeover and transformed it into a social platform. To finalise those changes, Dubsmash’s headquarters were moved from Berlin to Brooklyn, New York.

According to TechCrunch, by 2020, the app’s share of the US’ short-form video market was second only to TikTok when counted by app installations, and it reportedly held acquisition talks with Facebook and Snapchat. And while it may look like all potential users are on TikTok instead of Dubsmash, the app is known as the ‘home for black and Latino teens’. Looking at TikTok’s most-followed influencers, who are mostly white, it is clear why Dubsmash became popular for its large communities of black and Latinx content creators.

The strong differences between the two video-sharing apps were further highlighted in February 2020, when a piece published by The New York Times told the story of Dubsmash user Jalaiah Harmon and how she created the viral dance choreography called the Renegade, which then got appropriated by TikTok influencers. The article explained how POC Dubsmash stars frequently miss out on opportunities like larger followings, brand deals and industry connections because of TikTok content creators.

Now, add Reddit to the mix, another platform that has some serious racism and hate speech problems and has been criticised for not doing enough to stop hate speech or giving moderators of subreddits targeted by racist trolls enough support. In 2019, as a mere attempt to find a solution to this issue, Reddit’s founder Alexis Ohanian called for his position on the platform’s board to be filled with a black candidate when he stepped down, which CEO Steve Huffman said the company would honour as part of a larger effort to address hate speech on the platform during the Black Lives Matter protests. As a result, Y Combinator’s CEO Michael Seibel filled Ohanian’s position.

And on Monday, after Reddit announced its acquisition of Dubsmash, it also linked it to its inclusion efforts. In the company’s announcement, Huffman said “Dubsmash elevates under-represented creators, while Reddit fosters a sense of community and belonging across thousands of different topics and passions. It’s clear that our missions closely align and that our community-focused platforms can coexist and grow as we learn from each other.”

Reddit also said that Dubsmash’s “communities are driven by young, diverse creators—about 25 percent of all Black teens in the U.S. are on Dubsmash, and females represent 70 percent of users.” It added that the integration of Dubsmash’s video creation tools will enable Reddit’s users to “express themselves in original and authentic ways that are endemic to our communities.”

Since launching videos on its platform in 2017, Reddit’s usage has increased sharply, doubling in 2020 alone. Now, I’ve predicted the rise of a ‘new TikTok’ quite a few times in the last year, but this one feels like the real deal. Being different is what makes Reddit so special, and aren’t we all yearning for change in 2021? 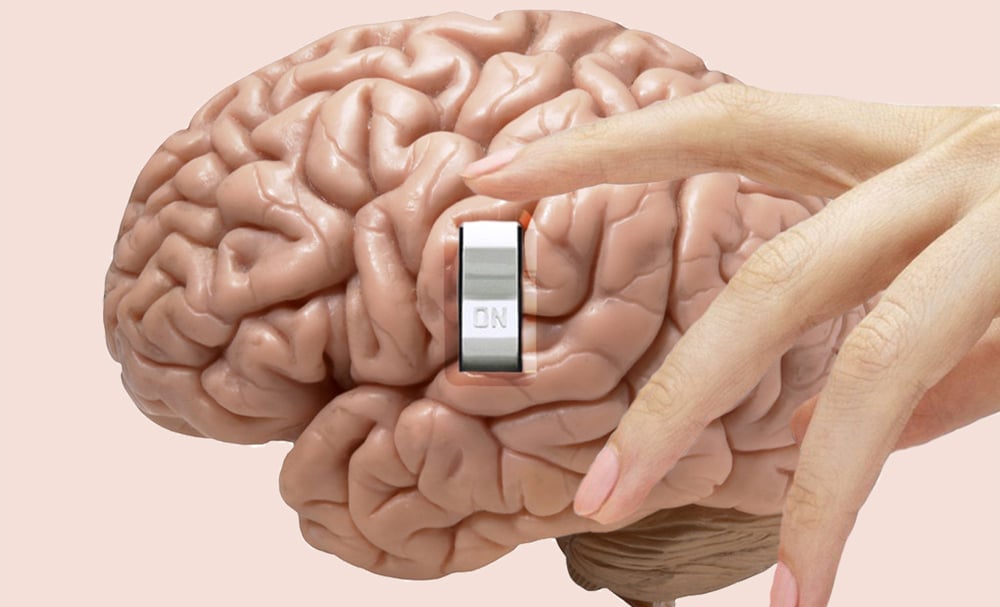 Reddit bans The Donald subreddit and other far right forums. Why?

For those of you who’ve never heard of it, Reddit is an online forum and social news platform with an impressive network of communities based on people’s interests, which are separated into different pages called ‘subreddits’. The platform is also infamous for giving freedom of speech free reign, sometimes leading to some pretty shocking statements on there.

But on Monday, Reddit kicked off a surprising day of bans against Trump and the far right. It started by banning the subreddit r/The_Donald, a pro-Trump forum, known for repeated ‘rule-breaking’. As the platform banned more and more subreddits, many wondered why it was doing so only now. Here’s why.

Although The Donald was considered as the most important ban, Reddit CEO Steve Huffman announced that it was just one of 2,000 subreddits banned by the site as it was on a mission to institute rule changes designed to make the platform less accommodating to hateful and abusive communities. As it later turned out, The Donald had been close to inactive for months and most of the other banned subreddits were small or inactive too.

Only a few others were notable, including the subreddit r/ChapoTrapHouse, which was associated with the left-wing podcast of the same name. Another subreddit called Gendercritical, which regularly promoted transphobic views was also banned.

This day of bans reminded many of the similar sequence of bans that took place in August 2018, when conspiracy theorist Alex Jones was banned from many social media platforms in only a few days.

Later in the day on Monday 29 June, the live-streaming video service Twitch announced that it had temporarily suspended Trump’s account for rebroadcasting comments about Mexican immigrants that broke its “hateful conduct and harassment policies.” Could these new bans be specifically aimed at Trump?

YouTube also followed by banning several far-right and racist creators from its video-sharing platform, including white supremacists David Duke, Richard Spencer, and Stefan Molyneux. While these actions should definitely be appreciated, it should also be noted that all three seemed to have been taken a bit too late.

These bans were all preceded by policy changes at Facebook and Twitter, which both shifted how the platforms handle rule-breaking behaviour by accounts linked to the president as well as the far right. The subreddit The Donald once played an important part in the pro-Trump internet community and its organisation. Over the years, it had managed to bring extremist content in front of big audiences.

In 2016, Huffman had limited the reach of the subreddit after it figured out how to get the site’s algorithms to promote pro-Trump content. Members were spreading the Pizzagate conspiracy theory while volunteer moderators had asked Huffman to do something in order to fight the abuse and harassment communities faced from The Donald members.

Some would agree that Reddit’s bans came too late; but then again, better late than never, no? These policy updates come three weeks after Black Lives Matter protests led many Reddit forums to ‘go dark’ in protest of the company’s lax policies around hosting (and therefore promoting) conservative and racist content. Reddit’s change of approach towards free expression on its platform proves that things might finally start to change.