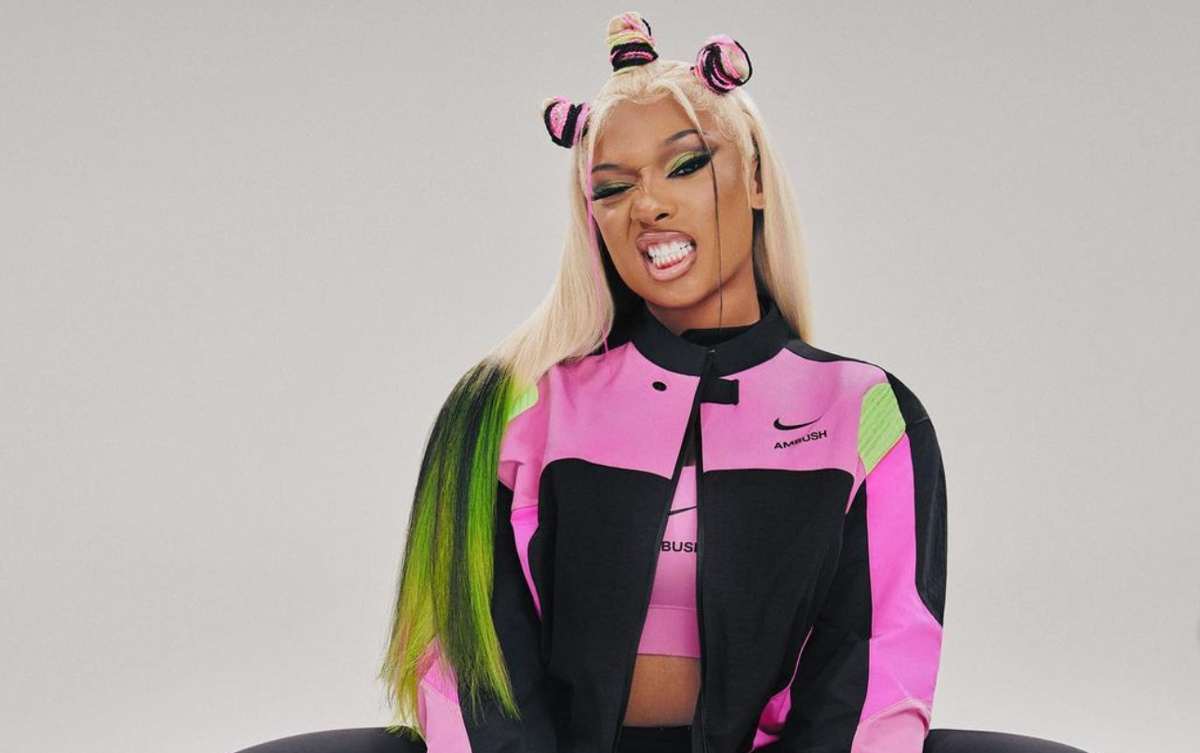 Calling all hot girls! Calling all hot girls! Megan Thee Stallion is planning to help open up assisted living facilities to create job opportunities for college graduates in the US—a group notoriously overlooked by the job market. Padded with platinum plaques from her career in music, Stallion is also in the process of wrapping up her time at Texas Southern University (TSU) with a bachelor’s degree in health administration. She’s kept a lot of her business savvy—possibly courtesy of her prior major before switching to health administration—and wants to leave college with more than just a degree. The soon to be hot girl graduate has big plans to help fight the hiring problem affecting recent college graduates in the country.

In a recent interview with Glamour, Stallion talked about the problem graduates face missing out on jobs because they don’t have years of experience—which is pretty much impossible for them to have. As a beacon of confidence and creativity, the singer is a force to be reckoned with. Taking home four BET awards in 2021—double the amount she received last year, she has stepped into her own lane and continuously reshaped what a performer can achieve beyond their craft. The artist has managed to get her dream collaborations—Beyoncé on ‘Savage Remix’ and Cardi B on ‘WAP’ which took the world by storm this year—but also received critical acclaim as a solo artist. As if all these accomplishments weren’t enough for her, Stallion also made history at the Grammys as the second singer since Lauren Hill in 1999 to be awarded Best New Artist.

The ‘Hot Girl Summer’ advocate has dominated the charts this year, being featured on tracks with artists like Ariana Grande and Lil Nas X, she has tapped into her own star power. Despite what many would suggest are career stunting setbacks like the global pandemic—hitting all areas of industries including the music business with tour dates being pushed back further and further into the horizon and meet-up appearances being put on hold indefinitely—artists like Stallion have remained undeterred. Between knocking us out with her first Met Gala look, making an appearance on the cover of Sports Illustrated and the release of Something For The Hotties—a collection of Stallion’s archive and unreleased tracks—you would think the artist would be running out of steam. But taking over the contemporary hip-hop genre is not the only arena she plans on conquering.

Stallion has always vocalised the importance of educating her hotties on top of bringing them the latest anthem of the year. Just as she was taught by her grandmother—who she unfortunately lost along with her mother in the same month of 2019—hot girl Meg completed all the requirements for her degree. A whirlwind of loss and controversy overwhelmed the star’s life the following year too, facing a violent assault in 2020. However, 2021 is different as Stallion is set to graduate in fall with a shining degree. After years of searching and tribulations, the singer confessed to Glamour that she “found her true calling” outside of music in health administration.

Stallion’s eyes are always on the prize, or prizes as she has racked up A-grades just as easily as her chart-topping musical achievements. The singer has previously mentioned in countless interviews the importance she gives to money management and financial education. So it’s no surprise then that she would want to be a helping hand to all the other hot girl graduates out there. The focused artist noticed a significant problem within the sector she studied in telling Glamour, “I see a lot of my peers—a lot of people I went to high school with. They get their degree in, like, biology and then work at Forever 21. But why? Because nobody wants to give you a job because you don’t have experience.” One thing has never changed for the artist, her prerogative to help black women in the labour force.

Stallion was raised by both her mother and grandmother and familial care is deeply important to the artist. Her plans for an assisted-living project not only seek to rectify the issues of the job market for graduates, but to create a space for the kind of care she and her fierce and female family members provided for her great grandmother. Stallion wants to direct a clear message to historically black colleges and universities (HBCU) women graduates: come one, come all—or as Glamour puts it, “She is clear on her vision: Generations taking care of generations, making people feel like they are still at home, still with their families.”

Setting her sights specifically on HBCU women, she shared with Glamour her message to them, “Come and get your experience over here.” The star’s hopeful scheme could definitely make a difference to the abysmal statistics showing that 45 per cent of 2020 college graduates were still looking for jobs, according to a July survey from employment site Monster.

Hot girl summer is usually the time where graduates have the best chances of employment. Gusto—a payroll and benefits provider, shared data with Insider that showed 20 to 24 year-olds typically made up 39 per cent of all new hires in the month of June. This was before the dreaded reign of COVID-19 though. Statistics show the same group only accounted for 26 per cent of new hires this June, a 33 per cent decline from previous years.

As you might already know, the horrors of the job world are worse for black college graduates. Compared to their white counterparts, they are twice as likely to be unemployed a year after graduating. Let’s not forget the age-old conundrum of what came first: experience from the job or experience for the job? The difficult catch-22 that most graduates find themselves in is not being old enough for experience but needing it in order to be hired, exacerbated by the debilitating effects of the pandemic on the labour market.

It’s not all doom and gloom though. The tides seem to be changing, and they’re bringing back jobs with them. Administrators at key HBCUs picked up on a significant increase in recruitment of their students this summer by big corporations. An exit survey conducted by Howard University for the 2020-2021 academic year showed the median starting salary for its graduates sits at roughly $72,680. And, guess what, that’s not all hotties, since the hiring rate for HBCU alumni declined less than it did for non-HBCU alumni in 2020.

Maybe companies should fall in line and follow the hot girl leader in bringing on jobs for black graduates… Just putting it out there—that’d be some real hot girl shit. 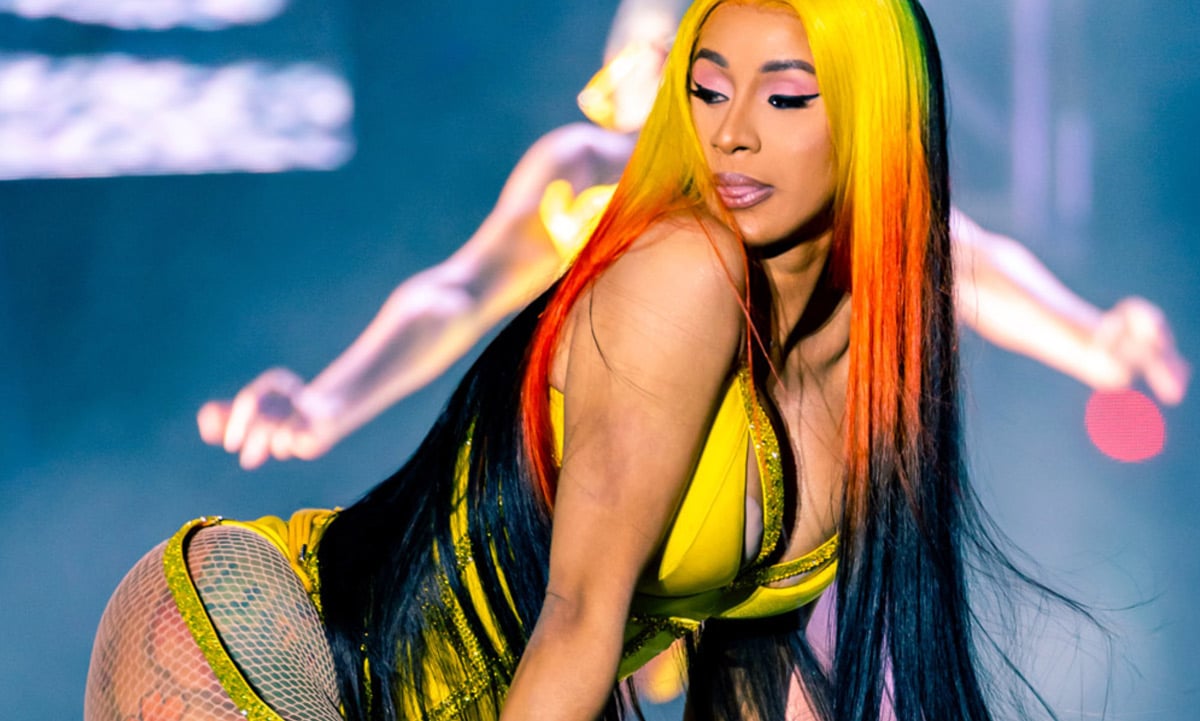 This Morning, 7 August, Cardi B and Megan Thee Stallion released their new track ‘WAP’ along with a music video just in time for the weekend. Unsurprisingly, the song and the new video are both as extra and in-your-face as the two rappers. With surprise appearances from Kylie Jenner and Rosalia, here’s everything you need to know about ‘WAP’ and why it is the greatest celebration of women we’ve seen so far this year.

What does ‘WAP’ stand for?

‘WAP’ stands for Wet Ass Pussy. The track is Cardi B’s new single for her upcoming second studio album, Tiger Woods. It’s the first collaboration between Cardi B and Megan Thee Stallion as well as Cardi’s first release of 2020 since her solo single ‘Press’.

On 29 July, Cardi B teased the existence of new music with a promo for her website on Instagram, and on 2 August, uploaded a video to her Instagram suggesting there would be an announcement the following day. Finally, on 3 August, Cardi B and Megan Thee Stallion both revealed the song’s name, cover art, and release date on their Instagram.

Yesterday, on 6 August, Cardi B revealed that the music video would be released alongside the song, and posted a teaser for the video later that day. Minutes before the release of the song, Cardi B and Megan Thee Stallion did a live-stream on YouTube titled Live with Cardi B.

Why are we so obsessed with the ‘WAP’ music video?

The music video for ‘WAP’ takes place in a luxurious mansion and starts with a shot of a fountain out front featuring two female statuettes, which is just a little teaser of what’s to come over the next 4:12 minutes. Hint: Cardi B and Megan Thee Stallion have never been scared to show a little bit of skin.

“I just want to let y’all know, I wanna give y’all the heads up, the music video is going to be the censored version of the song, because the song is so nasty that YouTube was like, ‘Hold on, wait a minute, someone might be too Goddamn nasty,” Cardi B revealed on Instagram before the release, encouraging fans to listen to the full ‘nasty’ version on streaming services.

Many will have spotted cameo appearances from Kylie Jenner—we’re not joking, Normani, Rosalia, Rubi Rose, Sukihana and Mulatto. The video is full of two things: females and latex, and we’re so here for both!

Appearing on New Music Daily for Apple Music, Cardi B said: “I wanted a lot of different females, not just female rappers. Y’all going to see it on the music video as well, from models to influencers and everything.”

Kylie Jenner and Rosalia on ‘WAP’ and other women featured

Speaking about the lesser-known artists featured in the ‘WAP’ video, including Rubi Rose, Sukihana and Mulatto, Cardi B said “These are the girls that I personally like. That I like their music. That I really feel they are going to go mainstream.”

Kylie Jenner can be seen in the video walking in the house’s corridors in a tiny leopard body while Rosalia appears dancing in a dark room in a dreamy red latex outfit towards the end of the song.

‘WAP’ is an ode to women

Women are still underrepresented in the world of hip-hop, without a doubt. Female artists either stray closer to pop or to R&B, playing it safe. Cardi B doesn’t care about any of that. She proves once more to be an empowering voice for women, along with the impressive Megan Thee Stallion.

Both rappers are not afraid to sound loud and proud in a genre ruled by men who objectify women as a selling point for their music. This time, they’ve turned the narrative around. ‘WAP’ sounds, looks and feels like the start of a long-needed change in music.

It looks like Cardi B and Megan Thee Stallion just saved 2020.