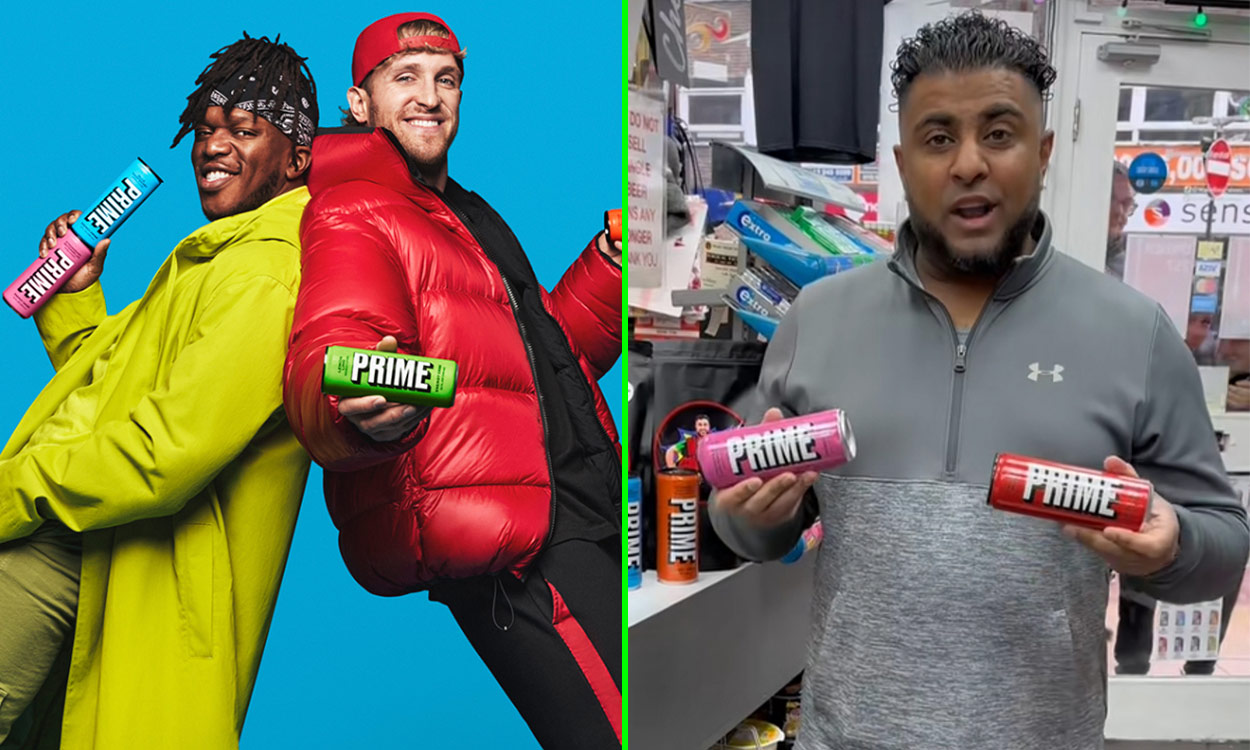 We’re all for small businesses embracing their entrepreneurial spirit, but Wakey Wines may have taken things a tad too far with its exploitative upselling of the popular PRIME sports drinks. If you’re one of the few who are lucky enough to have avoided the viral videos from the account on TikTok, here’s a brief rundown on the internet’s latest obsession: Wakey Wines is a Wakefield-based corner shop situated in the heart of the North of England. PRIME is yet another energy drink company that somehow managed to sell out everywhere due to the fact that divisive yet popular YouTubers KSI and Logan Paul are behind it.

Following the drink’s success, the owner of the aforementioned corner shop, Mohammad Azar Nazir, saw an opportunity to make a pretty penny while also enjoying a bit of time in the TikTok limelight.

Up until recently, the scarce and highly sought-after PRIME drink was available from Nazir’s shop, but with a more than modest markup. The drink—which retails at £1.99 when it isn’t sold out—was being sold by Nazir for £100 a pop. Customers who visited Wakey Wines in search of it eventually found themselves on TikTok alongside Nazir sharing the glory—or shame, you decide—of their cross-country pilgrimage.

While it may seem utterly ridiculous to some of you, people really are that desperate to get their hands on a can of PRIME, with customers reportedly travelling hours across the UK just for a chance to taste the popular beverage.

One visitor spent £1,200 on a box of the drinks, topped off with a single packaged pickle. You’ve got to see this for yourself.

KSI took to TikTok to criticise the drink flipping entrepreneur, begging fans to not waste all that money on the beverage. The YouTuber turned rapper exclaimed “Oh my God, noooooo! He can’t keep getting away with it. Stop buying at these prices.”

Soon after, the controversial account was removed from the platform, leading Nazir to post a statement on Instagram. The corner shop owner claimed that a “well-known influencer” was trying to tarnish his business and that all his videos were just “for fun.”

The account, which had amassed an impressive 530 000 followers, has since been reinstated, with Nazir continuing to do what he does best on the platform—sell overpriced energy drinks to impressionable youths. Credit where credit is due though, the corner shop owner has managed to capitalise on the hype and sell his own brand of sweets alongside the extortionate sale of the PRIME sports drinks. More power to you Nazir. 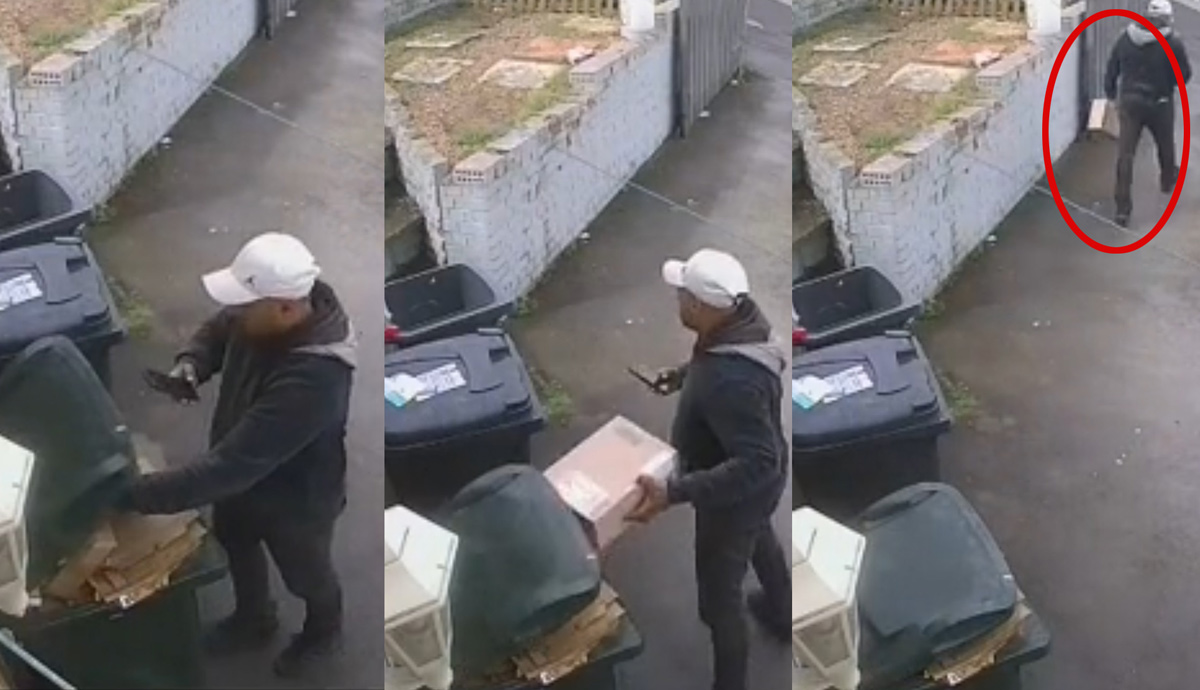 Though Hermes is not the only delivery company with its issues, it is by far the most renowned for its terrible service—so much so it has become a running joke. It was just in January 2022 that a poll conducted by Martin Lewis’ website MoneySavingExpert discovered that Hermes ranked second-last in a list of 17 delivery companies—with nearly 50 per cent of surveyed respondents stating that its service is “poor.” Unsurprisingly, Amazon ranked first overall.

Following its rebrand to Evri—with the whole internet laughing it up—to challenge the perception and attitude towards the service, it looks like nothing has really changed as a plethora of videos continue to show package carnage, ridiculous parcel locations and of course, theft. Though the following clips have not been verified by SCREENSHOT to be from Evri (Hermes), the internet seems to be building its arsenal against the service.

In one viral video, the TikTok page of trainer trading group @yorkshirecreps showed an Evri courier stealing their stock. In the clip which has amassed over 3 million views, the delivery driver can be seen placing the package in the recycling bin, snapping a photo (to show evidence of its ‘delivery’) and then just walking away with it. The driver did not knock or provide any notice of a delivery taking place. The act was caught on security footage on the property.

The clip sparked obvious outrage with one user commenting, “They called it Evri because every parcel gets stolen.” Another wrote, “No point changing [the] name if you aren’t changing the delivery drivers.” Though the following comment cannot be confirmed (so be sure to take it with a grain of salt), one user shared, “I used to work for ASOS, and a Hermes driver threw a massive box over someone’s fence. It killed their dog. Worst call I ever took.”

Soon after, another video surfaced showcasing the same action. With around a quarter of a million views, the clip claims to show a Hermes/Evri courier placing the package on the driveway of the property—without even knocking of course—taking a photograph, picking it up and walking away with it. The crime was also captured in security footage found on the property, with one user commenting, “I love when these are caught on camera.”

It doesn’t end there. Yet another user shared their experience with the delivery service. In footage that they claim to be of their local Evri courier, parcels are being thrown at the door aggressively. The treatment of the packages is consistent throughout the small clips shared.

But it’s not just Evri that seems to have this problem, a few delivery drivers of other companies like Amazon, FedEx and even Domino’s have been accused of the same. In videos shared on TikTok, footage is shown of Amazon delivery drivers in the US and Canada conducting the same tactic, photographing and then stealing.

Other clips accuse delivery drivers from other companies like FedEx of trying to get into packages or even stealing packages left on doorsteps—take the Domino’s courier in the second clip. While delivering the food order, he comes across another package left on the doorstep of the same property. Taking that parcel and leaving the pizzas, the man walks away.

In my own case—buckle up for a story time—after ordering a much anticipated pair of Nike Dunks, my package was supposedly delivered. At the time at which this was meant to have occurred, I was at home, not a doorbell ring or knock was heard. After emailing the delivery company, I was informed that indeed, my parcel had been delivered and that I should check thoroughly. I looked everywhere, it must have looked like a right sight to the neighbours, but oh well. Upon this sinking feeling that my package was probably stolen, I emailed again. Following an investigation they made upon request, they discovered the delivery driver acted irresponsibly. In other words, the courier stole my package.

This back and forth which went on for about a month was just such an irritating and disheartening experience that when given the choice between a refund and a new pair of trainers, I opted for the money. It’s such an annoyance that leaves you not even wanting the package at all anymore, an experience most may feel.