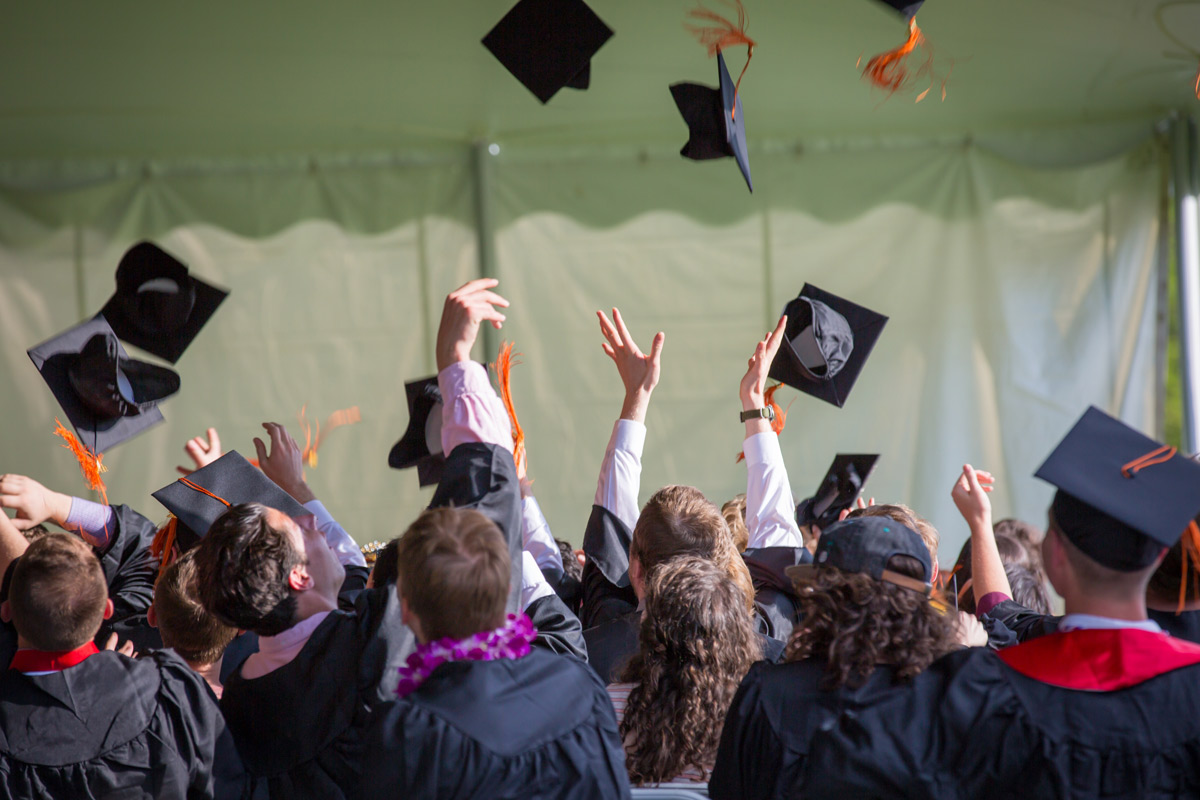 What is hogging? The toxic predatory frat house game that recently resurfaced on TikTok

Although we’ve seen the body positivity movement rise in popularity in recent years and slowly start changing our society’s toxic beauty standards, it’s important we start this piece by addressing the elephant in the room. Fat-shaming is very much still around and not a day goes by where people—especially women—aren’t being judged for the way they look. The highly problematic game known as ‘hogging’ is just one of the countless proofs that things have not changed enough just yet.

As many of you would have probably guessed by now, the practice of ‘hogging’ is actually nothing new. In fact, the term has been included in Urban Dictionary for two decades with the description of it being a “competition, usually between a group of men that involves going to a bar/frat/house party. Participants go with the direct intention of hooking up with the fattest girl at the party. The guy who bags the fattest girl wins.” Yep, they call this disgusting practice a “game.”

It is common knowledge that hogging games take place in some of the most prestigious universities around the world, especially—surprise surprise—in the US where fraternities, along with sororities, are often seen as an integral part of a campus’ social life, offering the students privately-owned buildings where it is possible to party (and drink) in relative peace.

Hogging had somehow managed to remain unnoticed all these years. Until now.

How TikTok uncovered and exposed the problematic game

It took too long already, but people have finally started speaking up about the toxic frat house ‘sex competition’ played by men. According to Slate, in 2018, the Zeta Beta Tau fraternity at Cornell University threw a party that they called a “pig roast.” The men who organised it were suspended as punishment, but not before playing the game with members of their frat house, instructing them to sleep with women in attendance who would be considered overweight. Essentially, they were preying on fat women, and as TikToker Megan Mapes (@megsforfun) explained in a video, the men made “bets with their friends about finding the fattest and most unattractive woman and having sex with her.”

She went on to say that “sometimes, they will, in the completion of having sex with her, have the entire group of men come barging in the room, and they’ll start oinking and harassing the woman until she leaves that space.” The content creator added that in some cases, hogging is used to describe times “when men are in a sexual slump [so] they’ll fuck fat women to get out of it.”

Speaking to BuzzFeed, Maps described the pathetic game as a man’s way of achieving masculinity, “In their eyes, [they can achieve masculinity] by sleeping with the greatest number of people possible. They see fat women as easy targets.”

Since Mapes’ video, which was posted in 2021, went viral, many other women have started to speak up about their experiences with hogging in university, which is exactly what she had hoped to happen. In her extensive interview with BuzzFeed, she mentioned that her hope is that by “having a conversation about hogging, more people will become aware of it and respond negatively to it happening. And so, hopefully, it happens less frequently. But more importantly, if and when it happens, I hope that people see, and become aware, and we can check each other.”

Men are also starting to comment on the exposure of the hideous game, with most of them being completely unaware that it even takes place. This highlights one of the many toxic aspects of frat house culture—the fact that members can often get away with most than others. But Mapes looked on the bright side of the recent appearance of hogging on TikTok, saying that “when it comes to any form of violence surrounding sex and sexuality, one of the most important parts is men holding each other accountable. In order to get them to do that, they need to hear what it even is in the first place, and know that it exists and happens.”

For some people, seeing the creator’s video on their FYP was the first time they realised that they had been even involved in a hogging-related incident. A student at the University of Missouri, Adrieanna (@urgirladrie) responded to Mapes with her own video and said that she had matched with a man who was pledging a specific fraternity house, “He invites me over… We get to the room and it’s just a bed on the floor and a laptop pointing… I knew I was being watched.”

Like Mapes explained, for issues that stem from harassment of any kind to be addressed, people have to know that it exists. When it comes to hogging in particular, it was a term that people did already know about before it ended up resurfacing on TikTok. In 2006, Jeannine A. Gailey, a sociology associate professor at Texas Christian University, interviewed male college students about the practice for Inside Higher Ed.

Her research ended up being published as a study in the journal Deviant Behaviour. In it, Gailey stated that “none of the men we interviewed admitted to engaging in the practice, but all but two knew what hogging was.” She even explained that “we never even used the term. We simply asked them whether they had ever heard of a practice where men try to pick up women they deem fat or unattractive as part of a bet or for sex, and they responded, ‘Yeah, hogging.”

Hopefully, as more and more online users hear about the awful game, and therefore as more men become educated on why such practice is deeply immoral, discriminatory and predatory, the less we’ll see it take place—even in some of the most problematic fraternity houses out there. 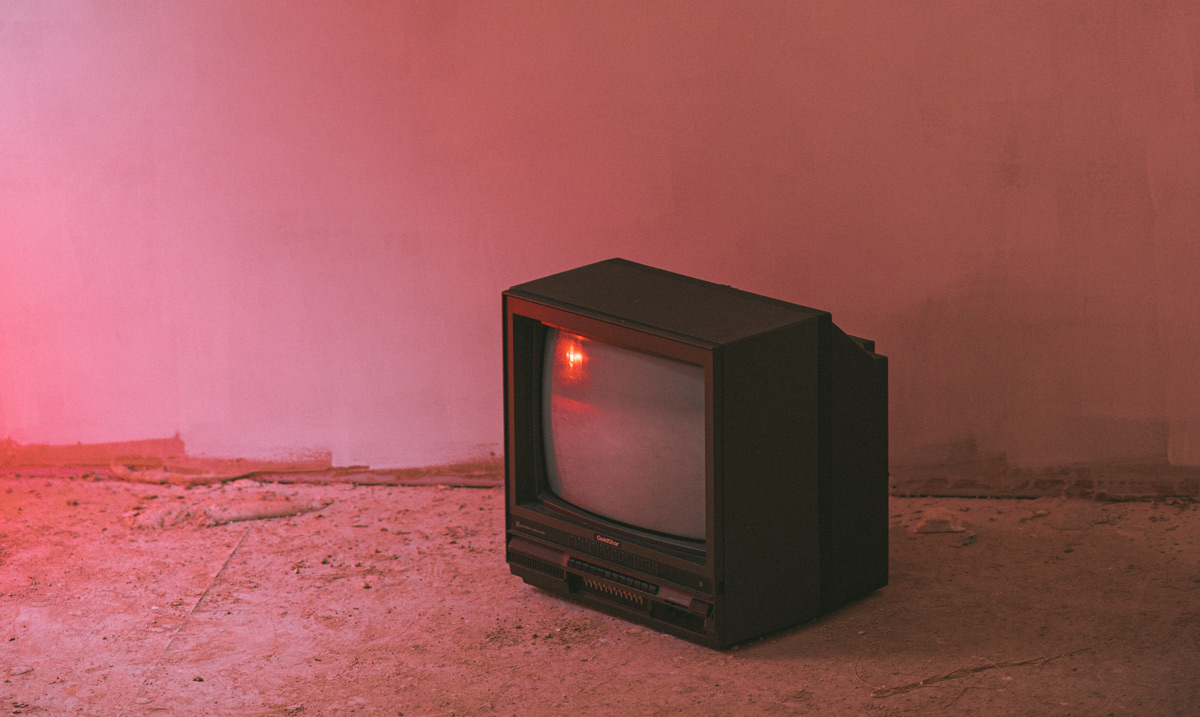 Romantic Comedies or ‘rom-coms’ have been universally loved, hoarded and gossiped over for decades. They’ve transported us from cinemas to supermarkets where we witnessed meet cutes that inspired our own real-life expectations. They’ve allowed us to experience a rollercoaster ride of emotions where a public declaration of love almost always led to a happily ever after. However, there’s a growing movement among gen Z women that is rejecting these unrealistic romantic standards and backwards representations of dating in the 21st century. This heyday of movie magic seems to be coming to a close, and many are wondering if it might be for the best.

The genre has undoubtedly provided us with some of the most heart-warming moments in cinematic history. Audiences involuntarily fist-bumped Nora Ephron when Tom Hanks discovered Meg Ryan stood alone at the top of the Empire State Building in Sleepless in Seattle. Crowds cheered at the equally heart-warming moment when Hanks revealed himself as Ryan’s online boyfriend in You’ve Got Mail.

But looking back, rom-coms have also been upholding damaging narratives where toxic masculinity is celebrated as endearing acts of heroism. They’ve allowed stalking and aggression to be portrayed as chivalrous acts of devotion and emotional gaslighting to be excused as a throw-away character flaw. As Megan Garber deftly noted in The Atlantic, “Before Mars and Venus can fall in love, many rom-coms assume, Mars must first make Venus do the falling.” While we can appreciate the joy they brought us, we seriously need to re-evaluate the love stories we have been previously championing.

Let’s be honest, didn’t anyone question if showing up at the doorstep of your best friend’s house with handwritten signs declaring your love for his wife was at all creepy? Or if literally hanging off the side of a Ferris wheel to convince an actual stranger to go on a date with you was maybe taking it a tad too far?

A post shared by 10 Things I Hate About You (@10thingsiihateaboutyou)

According to Screenrant, while the 90s and early 2000s rom-coms dominated the cinematic playing field in terms of popularity and cult followings, this supremacy has since begun to wither. This has been primarily due to a lack of progressive change, serious failings in regard to diversity and the emergence of newer immersive cinema that has hooked audiences. The genre was inherently falling short at capturing the realities of modern dating and, instead, was continuing to prop up old-fashioned gender tropes and stereotypes.

In 2018, it was made clear that female movie fanatics were growing less and less interested in the romantic comedies they were being exposed to. Analysing data from a Fandango survey of more than 3,000 women ages 18 to 52, Variety found that women had an overwhelming preference for action or science fiction films and indeed that there was a serious demand for greater “female-driven stories.”

Identifying why women in particular may be less susceptible to the romantic comedy experience nowadays, prompts us to explore the environment in which they currently operate. For many women, day to day life involves trying to both navigate systemic sexism and confront and cope with an overwhelming culture of violence that permeates all aspects of society. Being consistently exposed to and surrounded by films fantasising toxic behaviours does not help to process or find relief from this harsh actuality.

It’s integral that cinema aims to reflect the realities of present-day dating culture and recognises the different ways in which young people approach love and romance compared to previous generations. Is gen Z the first generation to seriously disconnect from these films, and if so, why? VICE’s study overwhelmingly supports the idea that young gen Z daters are indeed unique in their perspectives on romance. They prioritise meeting a match who is politically like-minded and, unlike their millennial siblings, they’re far less concerned with finding ‘the one’.

Yale University student Kyung Mi Lee expanded upon this, attributing gen Z’s new outlook on dating to pragmatism. Lee spoke to the BBC about how “evolving attitudes towards sexuality and gender roles” alongside a “hyper-focused” individualism has prompted gen Zers to reject previous societal expectations. While this sense of rationale can easily be swept under the carpet after one too many vodka cranberries, it most definitely provides us with some insight into why the traditional rom-com structure just doesn’t do it for us anymore.

Even a quick Google search proves how Gen Z is not at all the target market for the rom-com genre, with most entries being clearly aimed at a millennial audience. And although it would be slightly overboard to declare the rom-com genre officially dead and buried, it is important to recognise the changes that need to be implemented in all future projects. I’m talking about necessary swaps that will reflect the romantic culture of today’s young generation and innovate new ways which can breathe life back into this hopefully-timeless form of film.

If we all thought about our favourite rom-coms, would there be things that now jump out at us as outdated? What would we want to see done differently?