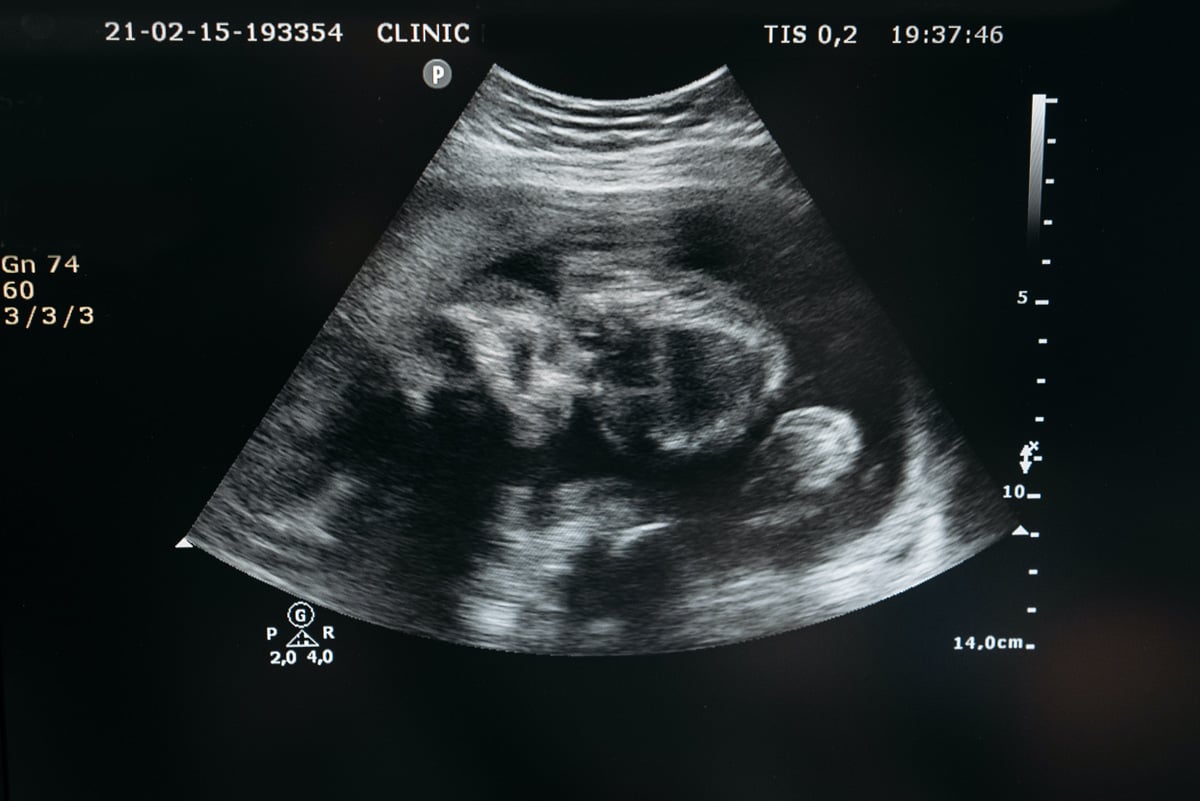 On Tuesday 14 December, Paediatrician Michael Narvey from the Children’s Hospital Research Institute of Manitoba, Canada, shared a video on TikTok speaking about the rare case of a woman growing a baby in her liver instead of her womb. “I thought I had seen it all [until] a 33-year-old woman comes in with a 14-day history of menstrual bleeding and 49 days since her last menstrual period,” he first stated.

“What they find in the liver is this: a baby. She had an ectopic pregnancy in her liver. We see these sometimes in the abdomen but never in the liver. This is a first for me,” Doctor Narvey continued in the video. Doctor Karan Raj, another medic on the app, responded to the initial video with his own take on the medical case.

Doctor Raj explained that it was “one of the scariest CT scans I’ve ever seen—a 27-year-old woman with a healthy 2-week foetus in the right lobe of the liver.” He continued by saying that so-called hepatic ectopic pregnancies are so rare that “there are only a handful of cases documented in the literature,” adding that the “liver is a highly vascular structure so any compressive force placed on it could result in massive internal bleeding.”

I already know what some of you are thinking—that this is yet another story by some TikTok-famous doctors to garner views and likes on the platform. However, although very rare, ectopic pregnancies can actually happen. According to the NHS, an ectopic pregnancy is “when a fertilised egg implants itself outside of the womb, usually in one of the fallopian tubes.”

“The fallopian tubes are the tubes connecting the ovaries to the womb. If an egg gets stuck in them, it won’t develop into a baby and your health may be at risk if the pregnancy continues,” its website continues. Speaking to The Independent, the Mayo Clinic—a nonprofit American academic medical centre focused on integrated health care, education, and research—confirmed that “such pregnancies can’t proceed normally” and that “the fertilised egg can’t survive, and the growing tissue may cause life-threatening bleeding, if left untreated.”

While in the case of the unnamed woman, her foetus ended up growing in her liver, the medical centre added that an ectopic pregnancy can also take place in “the ovary, abdominal cavity, or the lower part of the uterus.”

According to the NHS, early signs that this kind of pregnancy may be occurring include a missed period and other signs of pregnancy, stomach pain low down on one side, vaginal bleeding or a brown watery discharge, pain in the tip of your shoulder and discomfort when peeing or defecating. “In the UK, around 1 in every 90 pregnancies is ectopic. This is around 11,000 pregnancies a year,” it states.

That being said, in a subsequent video, Doctor Narvey noted that one viewer indicated that a baby survived a hepatic pregnancy in Africa back in 2003. In an article titled Miracle baby ‘grew in liver’ the BBC reported that the baby “was born after specialists performed a difficult operation to deliver her.” Liver specialist Professor Jack Krige, who helped deliver the baby, told a South African newspaper, “She is the real thing. She is truly a miracle baby.” Both the baby and her mother, Ncise Cwayita, 20, were reported to be well after the delivery.

In Cwayita’s case, doctors only discovered the baby was growing in the liver when they performed a scan a week before she was due. Her womb was found to be empty, but doctors found a small “window” where the amniotic sac connected with the outside of the liver—this is where they were able to go in to deliver the baby.

They had to leave the placenta and amniotic sac in the liver, because the mother’s life would have been at risk. At the time, it was expected they would be absorbed back into her body.

While this previous case might seem encouraging in regards to the more recent occurrence, Doctor Narvey made clear in his second video that Cwayita’s baby was “not actually in the liver, [it] was attached to the liver.”