In South Africa, both the government and private conservation entities have been grappling with the unprecedented rate of animal poaching, which has led to a section of them being classified as endangered species. Out of an estimated 29,000 rhinos in the world, 80 per cent are in South Africa, making it a key nation in rhino conservation efforts.

But the country has had to contend with alarming cases of poaching, with poachers becoming more lethal and sophisticated by using powerful guns. So serious was the situation between 2013 and 2017, that over 1,000 rhinos were poached every year. Their horns are sold in Asian countries where demand has been on a steady rise due to their purported medicinal value.

To protect the endangered animals, both government and private players have had to spend millions of dollars in surveillance and modern equipment which has been credited with the falling numbers of poached animals. In 2020, 394 rhinos were poached, representing a 33 per cent decline compared to the 594 killed in 2019.

Kruger National Park, which is located in northeastern South Africa and is one of the largest African game reserves and home to rhinos, elephants, buffalos, lions and leopards, spends more than $13.5 million each year on various anti-poaching programmes. It has invested in dog tracker packs, helicopters and support from South Africa defence forces, and employs the most highly trained anti-poaching force in Africa.

To ensure dedicated animal protection, Kruger National Park has divided the land into 22 sections. A ranger and a team of field rangers are responsible for each section. Yet even with this elaborate security detail, the park had lost 327 rhinos in 2019 and 421 in 2018.

South Africa’s 330 private rhino owners, who are responsible for caring for over 7,000 rhinos, have voiced their concerns over the high cost of protecting the endangered animals.

Tech to the rescue

As both government and private players explore innovative and sustainable ways of boosting wildlife conservation, a group of techies and environmentalists are embracing blockchain and cryptocurrency in a model that seeks to reward investors while committing the proceeds to conservation projects across South Africa.

Wildcards, the company behind the initiative, has explored unique ways to disrupt modern conservation space and has raised $125,000 (about £88,500) for conservation over the last year and a half.

A wildcard represents a digital version of an animal with the guardian committing a monthly donation in order to continue being the guardian of the digital animal. These donations are then sent as Ether coins to the digital wallets of various conservation projects. Adopting the Harberger tax model, the platform allows the guardian to decide the amount that another user needs to pay for them to become the new guardian of the specific endangered species. When a new guardian buys the animal wildcard at the price specified by its previous guardian, they will take over paying the monthly donation (which is a proportion of the price the new guardian is willing to sell the wildcard for).

The platform developed three digital hyena wildcards  in partnership with ecologists from the Wild Tomorrow Fund in order to support the MunYaWana Spotted Hyena Project, which has embraced GPS collar technology to tame the dwindling hyena population in northern KwaZulu Natal.

“At Wild Tomorrow Fund, we believe that innovative technologies such as blockchain and cryptocurrencies have the potential to connect new audiences to conservation, changing how we interact with and join together as a global community to protect our planet’s precious biodiversity,” Wendy Hapgood, Wild Tomorrow Fund’s co-founder and COO, said in a statement.

The crypto-backed conservation fundraising platform has been hailed as transformative for being transparent and auditable by allowing any investor track where their investment is being directed to while eliminating the number of players involved in the transactions, therefore facilitating a speedy donation process. The prompt payment by donors from any part of the world has reduced the high cross-border transaction fees.

Wildcards is one of the many disruptive conservation models being rolled out as governments, private sector players and development partners navigate innovative strategies that reward investors, while positioning conservation as a worthy investment that individuals and companies can embrace and earn from shifting the focus from the traditional model that has been a preserve of governments and philanthropists.

The first-of-its-kind global wildlife conservation bond, which will be sold over the course of this year, will give conservation investors a chance to earn from their investment and re-invest their earnings in other projects of their choice.

Investors’ returns will hinge on population growth of the animals in two South African reserves. 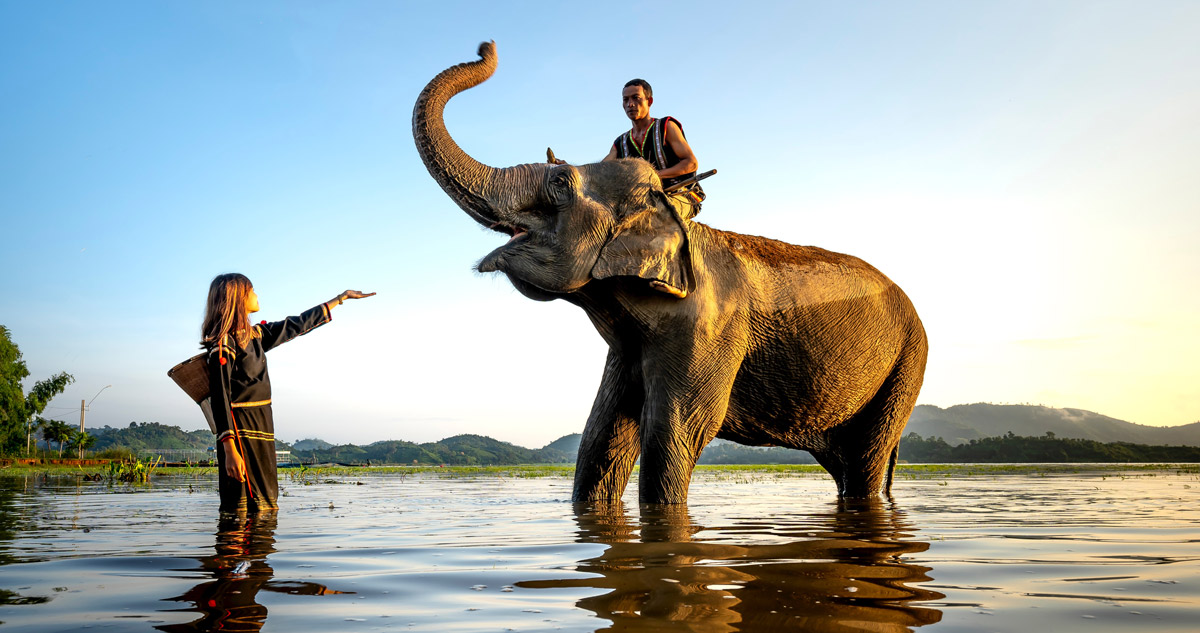 The Earth has experienced five mass extinctions to date, each accounting for a loss of more than 70 per cent of all species on the planet. While the most recent one was 66 million years ago, scientists are now concluding that humanity is undeniably on the path to a sixth major extinction. At a time where more than 37,400 species are threatened with extinction, Mastercard has joined forces with Conservation International to introduce a line of ‘Wildlife Impact Cards’ with the aim of promoting a sense of urgency and call to action with its expiry date.

What is a Wildlife Impact Card and how is it designed to raise awareness?

Mastercard’s Wildlife Impact Card is essentially a gift card that can be sent to your loved ones and be used everywhere Debit Mastercard is accepted. Available in four types, each card features an endangered species—the African forest elephant, black-and-white ruffed lemur, Peruvian yellow-tailed woolly monkey and the Sunda pangolin. Just like every other debit and credit card, these cards are also printed with an expiry date. But by the time a Wildlife Impact Card expires, so will the endangered species featured on it.

For example, the African forest elephant, a highly intelligent species that has suffered a population decline of 86 per cent over the last 31 years, is predicted to reach mass extinction by 2028. The card featuring the species is set to expire in 2028 as well. In the case of Sunda pangolins, the most trafficked mammal in the world suffering a global population decline of 80 per cent, the species is said to expire in 2027. So is the card featuring the endangered species.

“As a company committed to fostering a sustainable future for all, we believe an important aspect of that is to protect Critically Endangered species and the habitats in which they live,” said Raja Rajamannar, Chief Marketing and Communications Officer of Mastercard, in a press release. “Through our strong partnership with Conservation International—one of the world’s leading conservation organisations—we’ve created a way to connect consumers to their passion for wildlife and the natural world, enabling them to contribute and make an impact.”

By linking a tangible expiry date to four critically endangered species, Mastercard essentially highlights how short the time frame is for protecting these animals from extinction. Apart from prompting a call to action, Mastercard also donates $1 for every gift card purchased to Conservation International to help support endangered species and their habitats—including priority areas equal to 40 million hectares of landscape and 4.5 million square kilometers of seascape globally by 2030.

Currently available as virtual cards which can be used to shop online or add to mobile wallets for in-store purchases, Wildlife Impact Cards will soon roll out as physical ones—made of eco-friendly material to keep expired cards from contributing to plastic pollution.

Consumption habits as a trigger for rapid extinction

Although Mastercard’s partnership with Conservation International—along with the introduction of Wildlife Impact Cards—are necessary steps towards a hopeful future, it also opens up the conversation about how our consumption habits are triggering rapid extinction. Trend Watching, for example, highlighted how a Wildlife Impact Card can be used by a consumer to purchase products contributing to the extinction of an endangered species in the first place.

Our own consumption choices are in fact credited as a major factor driving biodiversity loss. It is also speculated that we would need nearly three Earth-sized planets to support such habits on a wider scale. In the case of Wildlife Impact Cards, consumers are essentially gifting this exploitative purchasing power to others. Now, one thing to note here is how we were previously blaming and waiting around for companies to alter their business models to better suit this cause. Among that push, however, we seem to have successfully turned a blind eye towards our personal consumption patterns.

While various companies like Mastercard are catching on and actively committing themselves to the cause, they have little to no control over our choices. This ultimately drives their efforts into a dead end—unless we initiate conscious choices for both ourselves and the planet. With that being said, here are a few lifestyle changes you can make today to secure a better tomorrow:

How can you eat consciously without harming wildlife, you ask? ‘Go meatless!’ is the typical solution this narrative is boxed into, given how industrial meat production accounts for 45 per cent of the heat-trapping greenhouse gases emitted into the atmosphere caused by deforestation. But deforestation is not the only source of greenhouse gas emissions involved with meat production. The amount of fossil fuels used to produce feed for animals is one of the major reasons that make meat one of the most environmentally destructive foods you can eat.

In the US, it takes around 25 kilograms of grain to produce one kilogram of beef. This grain-to-meat ratio for pigs is 9:1 while chickens are at 3:1. “Imagine throwing away 25 plates of perfectly good food to get one plate of beef,” The Conversation summed up, regarding the demand for resource-intensive meat. One simple step to take in this regard is to cut out the ‘grain-fed beef’ altogether from your diet.

The root of major consumer goods triggering wildlife endangerment can be traced back to palm oil. Endangering the Sumatran tiger as well as the Sumatran and Bornean orangutan, palm oil production is responsible for the destruction of 300 football fields worth of forest every hour. With every lipstick and laundry detergent you purchase from brands that source palm oil via unsustainable means, you are essentially helping fund worldwide deforestation and mass extinction efforts. It is therefore important to be wary of your purchases in order to prevent the addition of more species into the list endangered by palm oil production. Palm oil-free alternatives are further suggestions in this regard. It also helps to stay in the loop with the list of pseudonyms brands use to market products that use palm oil.

Once you’ve tweaked your lifestyle, it is also important to be proactive towards the cause and help spread the word yourself. Encourage others to start making conscious consumption choices and support the organisations who have already pledged themselves to reverse its effects. A donation, be it time or financial, often goes a long way if you are committed to making a change today.

A research by Cone Communications highlighted how 90 per cent of gen Zers stand ready to take action against various social and environmental issues. The ideal way forward, targeting this upcoming consumer base, can probably be an app that alerts credit and debit cardholders whenever they’ve made a purchase that contributes to endangering wildlife species. Until then, let’s pledge our lives to make conscious choices and “start something priceless” with innovations like the Wildlife Impact Card.