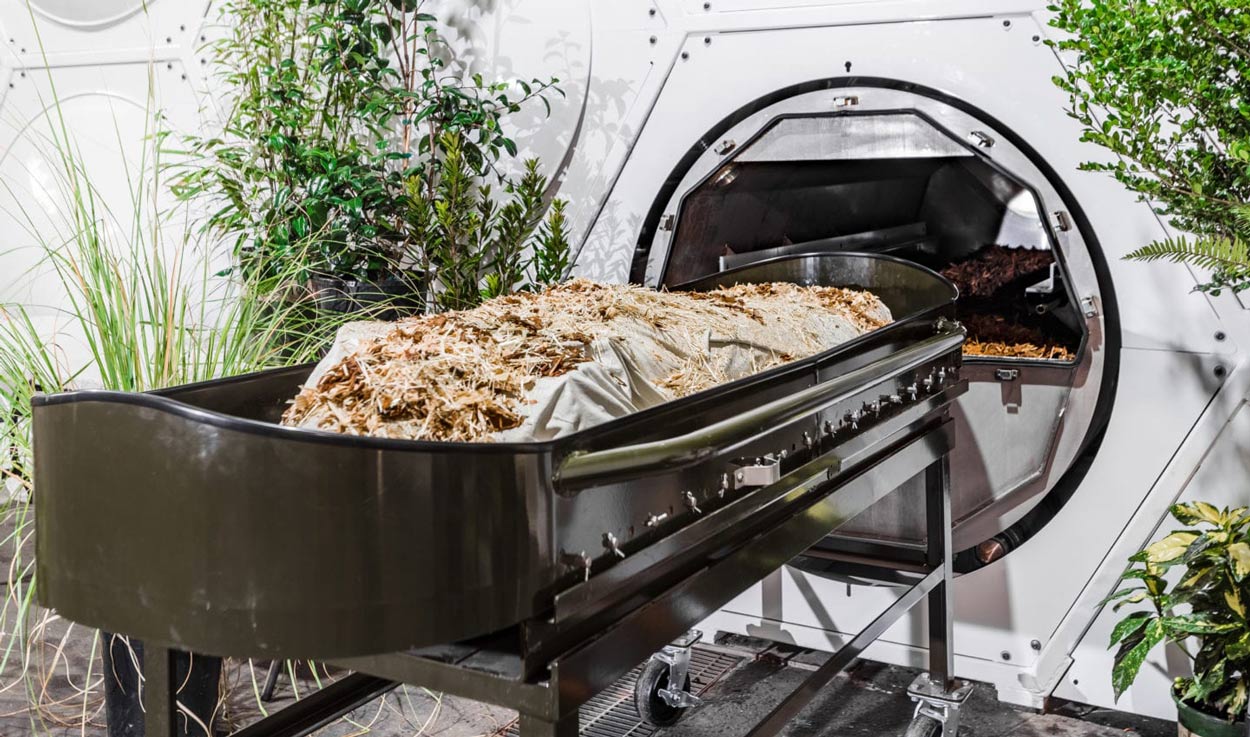 Apart from traditional burials and cremations, California has now approved a third alternative to return the deceased back to Earth. On Sunday 18 September 2022, governor Gavin Newsom signed Assembly Bill 351 into law which will allow residents to choose human composting—also known as natural organic reduction (NOR)—after death, starting in 2027.

Human composting, which is already legalised in Washington, Colorado, Oregon, and Vermont, involves placing the body in an eight feet-long reusable stainless steel vessel filled with biodegradable materials like wood chips, alfalfa, and straw. After 30 to 60 days, the remains will fully decompose into nutrient-rich soil—which can then be returned to loved ones or donated to land conservation.

The bill, drafted by assembly member Cristina Garcia, essentially allows for the organic reduction of human remains and is considered as a more eco-friendly alternative to traditional burial methods.

“AB 351 will provide an additional option for California residents that is more environmentally-friendly and gives them another choice for burial,” Garcia said in a press release. “With climate change and sea-level rise as very real threats to our environment, this is an alternative method of final disposition that won’t contribute emissions into our atmosphere.”

According to National Geographic, a single cremation process produces an estimated 534.6 pounds of carbon dioxide (CO2). Given this figure, cremations in the US alone emit approximately 360,000 metric tons of CO2 every year. Burials, on the other hand, can leach toxic chemicals into the ground. On these terms, the result of human composting is “a completely safe and economical method of final disposition that offers additional choice for people to direct their final wishes,” the press release stated.

“For each individual who chooses NOR over conventional burial or cremation, the process saves the equivalent of one metric ton of carbon from entering the environment,” it continued.

Despite being the fifth US state to approve human composting, the process continues to raise ethical questions. As noted by SFGATE, Colorado’s version of the law states that the resultant soil of multiple people cannot be combined without consent, be sold or be used to grow food for human consumption. While the California bill bans the combining of multiple peoples’ remains, unless they are family, it does not explicitly restrict the sale of the soil or indeed its use to grow food.

“NOR uses essentially the same process as a home gardening composting system,” executive director Kathleen Domingo told SFGATE, adding that the process was developed for livestock, not humans. “These methods of disposal were used to lessen the possibility of disease being transmitted by the dead carcass. Using these same methods for the ‘transformation’ of human remains can create an unfortunate spiritual, emotional and psychological distancing from the deceased.”

The church also emphasised that human composting, which may lead to the soil being dispersed in public locations, “risks people treading over human remains without their knowledge while repeated dispersions in the same area are tantamount to a mass grave.”

Meanwhile, Garcia admitted that she herself may choose this method when she passes away. “I look forward to continuing my legacy to fight for clean air by using my reduced remains to plant a tree,” the assembly member stated. 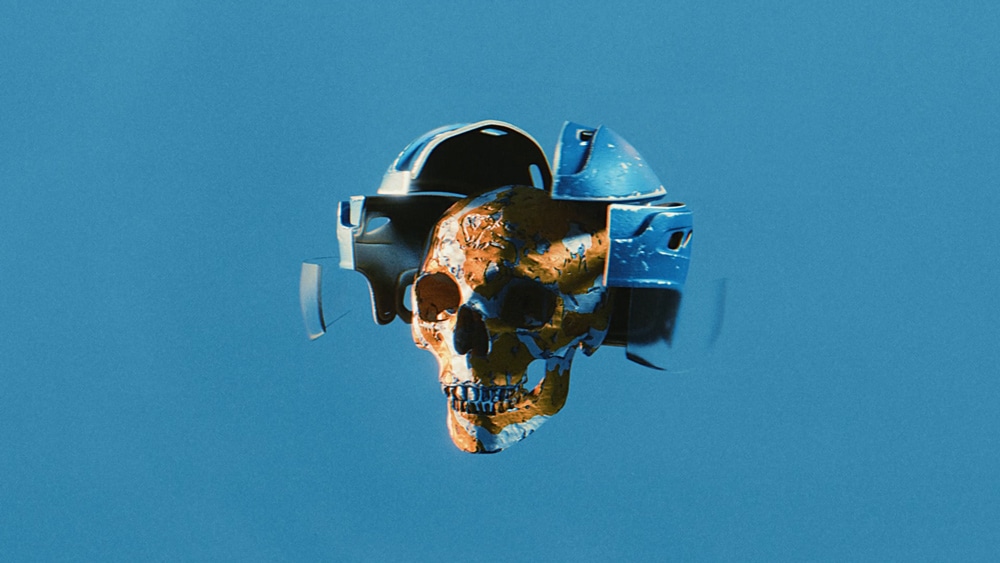 Tech startups are getting involved in the funeral business

I’ve been writing a fair bit about death in the past few months—not to say I’m an expert, but I quite like the idea of qualifying myself as one. Have you ever wondered what should happen to your social media profiles after you die? Or even what the best way to prepare yourself for death is? Well, I did. But now, in the midst of the rise of death wellness, another surprising trend is appearing—tech startups are getting involved in the funeral business. So what exactly am I talking about, and is this whole death trend getting a bit ridiculous?

Coeio is probably one of the most famous tech startups in the funeral business. Remember when former Beverly Hills 90210 actor Luke Perry died last year? Shortly thereafter, his daughter revealed that the actor was buried in a biodegradable mushroom suit from Coeio. The ‘infinity burial suit’, although suit might not be the best way to describe the strange-looking black bodysuit, is made entirely of mushrooms and other small organisms, and was designed to help decompose remains into nutrients that return to the earth.

Coeio’s mission is simple: to reduce dead people’s environmental impact by cleansing the body of toxins that would otherwise have seeped into the ground by feeding them to fungi, all this with a $1,500 (£1,140) suit. For many, the price for an eco-friendly decomposition might seem over the top, but the fungi suit seems to be one of the cheapest options the funeral market has to offer.

When pop star Prince died in 2016, his body was cremated and his ashes were put in a personalised urn—a mini replica of his house in Minnesota—designed by the 3D printing company Foreverence. What about James Doohan, also known as the actor who played ‘Scotty’ in the original Star Trek, who died in 2005? Celestis, a Houston-based company that specialises in sending urns into space made three attempts before succeeding and sending his ashes into orbit. My point is, the funeral business has proved itself to be very creative (if you can afford these kinds of extravagances).

From creating a personalised tombstone to transforming your ashes into a diamond, you can almost do it all. And there’s a reason for it—according to research conducted by the Competition and Markets Authority (CMA), cremations and funerals are big businesses in the UK, with the traditional funeral market making £2 billion a year.

As taboo as the topic of death can be, it seems that things are changing, and rapidly. In a market that has forever been dominated by old-fashioned funeral companies, tech startups now see an opportunity to offer new solutions for lower prices to people who may not afford traditional burials in the first place. Not only do burials and cremations hurt the environment, but they also cost a lot of money. Surprisingly, being able to afford your own death (and what comes with it) is harder than what I had expected.

According to a SunLife research about the ‘cost of dying’, meaning the price of a basic funeral plus extras like the send-off and professional fees, it has had a 3.1 per cent increase in just one year and a rise of 42 per cent since 2007. In 2019 in the UK, the average cost for a standard funeral is £4,417. As a result, in the UK, low-income families struggle to even afford a funeral.

The funeral market is booming right now, and tech startups getting involved in it is proof that the way we proceed with funerals needs an update. But as much good as this can mean for the planet, this should also shed light on how absurd the reality is: many people can’t afford to die.