The rise of death wellness: how to prepare for death – Screen Shot
Deep Dives Level Up Newsletters Saved Articles Challenges 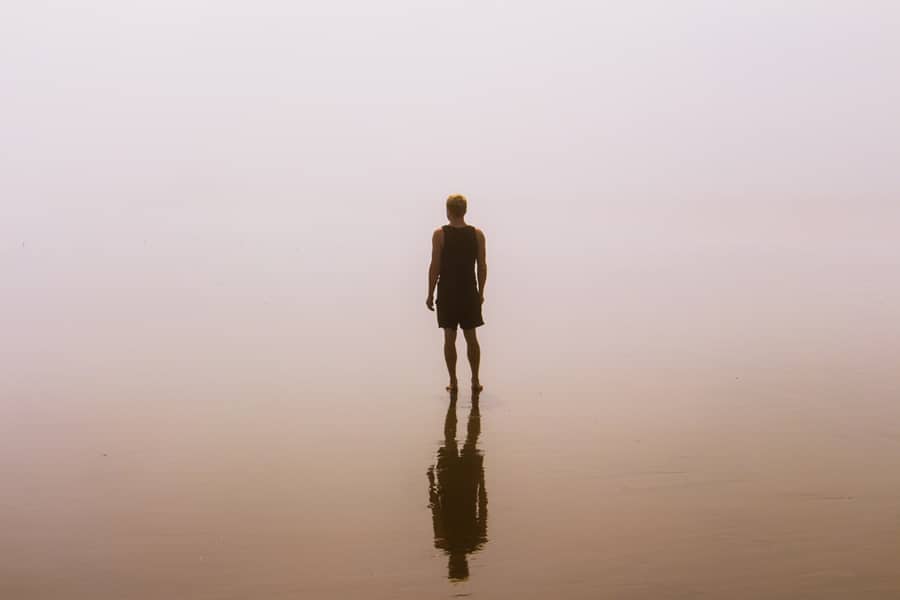 The rise of death wellness: how to prepare for death

Death is not an easy topic, that’s why everyone avoids it—me included. It’s a morbid and depressing subject that rarely gets mentioned, even though we all have to deal with it at some point in our lives. The taboo around death comes from our fear of the unknown and losing control, but just like other taboos, discussing death and grieving could be beneficial for each and every one of us.

This is what a new movement, called ‘death wellness’, identified by the Global Wellness Institute, is about. In the U.S., healthcare experts, academics, and spiritual leaders welcomed people to talk about it, confront anxiety about eternal rest, and learn how to go through the process of grieving. Here’s a small introduction to this new trend that will hopefully make everyone more comfortable about something inevitable (for now).

From this new trend arose events, workshops and jobs. Ever heard of death doulas? Just like birth doulas (or midwives) assisting with the birthing process, death doulas assist in the dying process and help families cope with it—not an easy task. The International End of Life Doula Association (INELDA) is a non profit organisation that trains individuals on how to listen to dying patients, discuss death with them and ‘plan their last days’. That entails everything from where they would like to rest, to what kind of music should be playing at their funeral.

Most death doulas are volunteers but some are available for hire—they can charge up to $100 an hour, depending on the type of care the patient needs. Although it is still a very niche status, it is evolving in the care community, with the University of Vermont Larner College of Medicine starting the End-of-Life Doula Professional Certificate Program in 2017.

The first step towards preparing yourself for what’s about to inevitably happen is talking about it, and to facilitate the dreaded conversation and ‘normalising’ death. Death Cafe, a programme which brings people together to drink tea and discuss death follows that same idea. With its first coffee shop opening in London in 2011, it has had more than 8,200 events in 65 countries since. Death Over Dinner and The Dinner Party are self-explanatory: you join those communities by attending dinner parties to talk about all things death-related. As strange as these events sound, Death Over Dinner organised more than 200,000 dinners, translating to nearly a million people served while The Dinner Party receives over 100 new member submissions per week. Those numbers clearly show how awareness of death wellness is spreading.

With lifespans growing longer worldwide, death should be looked at as a growing industry. In other words, we’ve been able to delay death for a bit longer, but this means a rise in the number of deaths is straight ahead. The Global Wellness Institute’s trend card states at its end that “The World Health Organization forecasts that global deaths will jump from 56 million in 2015 to 70 million by 2030—a staggering 25 percent growth”. A frightening image that should only push us more to act on it and prepare ourselves.

Preparing for your death is not only about writing your will—or your digital will. It’s a medical and human act. With the help of the death wellness trend, people should feel more empowered to take back some ownership over these decisions that are foolishly swept under the carpet for now. If this conversation also ignited changes in our medical systems, it would just come as a bonus. It’s up to you now, are you willing to start the discussion?

What should happen to your social media profiles after you die?

No one lives forever, that’s a fact that everyone can agree with—at least for now. While most of older generations haven’t produced enough digital data to have ‘digital remains’ after their death, most of Gen Z and below will leave an enormous bulk of data through their social media after they’re gone. Creepy? Maybe, but more and more companies want you to start embracing the idea of a digital afterlife. Who should have control over someone’s social media pages is the real problem here, and it is one that just keeps on growing.

A few days ago, a study conducted by researchers Carl Öhman and David Watson from the Oxford Internet Institute (OII) showed how quickly Facebook’s user base could be outnumbered by dead users. Öhman and Watson predicted that by 2050, there would be more accounts that belonged to deceased users than living, active people on Facebook.

Most people, when planning their legacy, will think about their possessions and their finances. What about all the different versions of ourselves we’ve scattered everywhere online? What about your hard-drive backups? Digital lives are immortal, so figuring out what will happen to them while you’re still alive is beneficial, but to understand what can be done, we first need to know what happens to accounts of deceased people.

Even though this is a rather new concept, some of the big social media websites like Facebook already offer some form of ‘death planning’. You have two options: the first one is to set your account to delete everything once Facebook is notified of your death by someone. The second option is picking someone close to you as your ‘legacy contact’. This special someone will then be able to write a post pinned at the top of your page, accept friend requests and even update your profile picture. The only thing they won’t be able to access are your messages, so your little secrets will be safe.

This is what Facebook calls a memorialised account, a place where your close ones can have a browse and remember you. Memorialised profiles can’t pop up in your timeline to avoid causing any distress by reminding you of the deceased’s birthday for example. Instagram only recently followed the movement and now also offers to memorialise someone’s account after receiving a valid request.

After their research, the OII wanted Facebook to invite historians to find a way to curate our digital data post-mortem. What we leave behind when we pass away should be looked at as heritage to the next generations and a possible way of helping them understand their history. Not only should historians analyse this data, but they should approach it as something different than traditional historical data.

In 2018, researcher Hossein Rahnama started working with an unnamed CEO on a special digital avatar. This one would serve as a virtual ‘consultant’ when the actual CEO passes away. Rahnama is now implementing this idea into an application called Augmented Eternity. By using all your digital data—how you communicate and interact with others online—algorithms can recreate your personality and reactions to anything. This may sound like something out of a science fiction movie, but our technology will soon be able to achieve this, so we can sort of live forever on our social media platforms.

At the moment, people’s digital legacy is in the hands of companies like Facebook—private companies guided by what is best commercially and not historically. A single commercial company holding what is now the largest archive of human behaviour should be carefully watched and some thoughts need to be put into how this data should be stored and used after people’s death. Who knows, we might learn a lot from all these likes and embarrassing pictures.