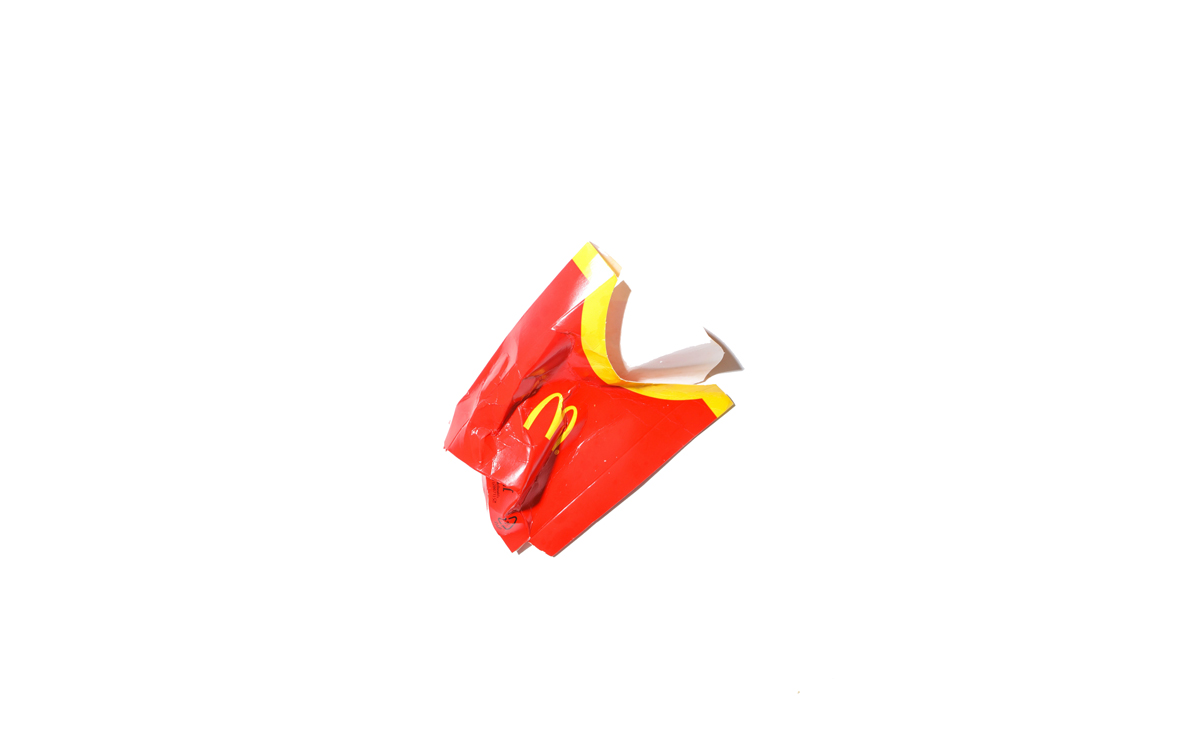 As a child growing up in Paris, going to McDonald’s for a Happy Meal was a rare experience, which meant that when it occasionally happened, I was so excited I could have eaten anything given to me. Sure, being allowed to eat fast food was part of the thrill, but what truly mattered to me were the little toys that always came with the red cardboard box. I’m sure you felt that same joy at some point in your life—hopefully at an age where it’s still somewhat acceptable to order a kids’ meal.

What none of us suspected at the time however, is how bad of an impact these seemingly harmless plastic toys have on our environment. As you can imagine, McDonald’s billion-odd plastic toys it produces every year equates to a lot of toxic material that ends up in landfills.

So far, the fast food company says it’s slashed use of virgin plastic (plastic that is newly made) by 30 per cent worldwide since 2018. Now, it has announced a goal to cut 90 per cent of the virgin plastic it uses in its toys, as reported by CNBC.

Although effort should always be rewarded, some have argued that offering toys at all is “a negative that has helped support a global obesity epidemic,” as Input wrote. Fair enough, back in 1979 when it was first introduced, it was brilliant marketing. Nowadays, not so much. On its mission to restore its brand’s image, McDonald’s has also revamped its Happy Meal options to make them lower in calories, sodium, saturated fat, and sugar.

It goes without saying that research has proven that children are significantly more likely to select healthier meals when toys are offered with them. Keeping that in mind, many critics have argued that selling toys with unhealthy meals should then be banned.

Kids are easily influenced, making them more vulnerable to learning bad (or good) habits. And in the case of McDonald’s Happy Meal, healthy behaviours aren’t exactly being taught. Sugars and fats are addictive and keep most of us coming back years after the toys have lost their appeal. Still, it’s better than nothing.

The company says some toys, like board game pieces, will be made from plant-derived or recycled material. Other toys, like movie characters, will be turned into simple 3D cutouts rather than plastic figurines. It also plans to drop the plastic wrapping. The first sustainable toys have already been introduced in markets including the UK and Ireland, with McDonald’s stating that the US will see its first such sustainable toys by January 2022. 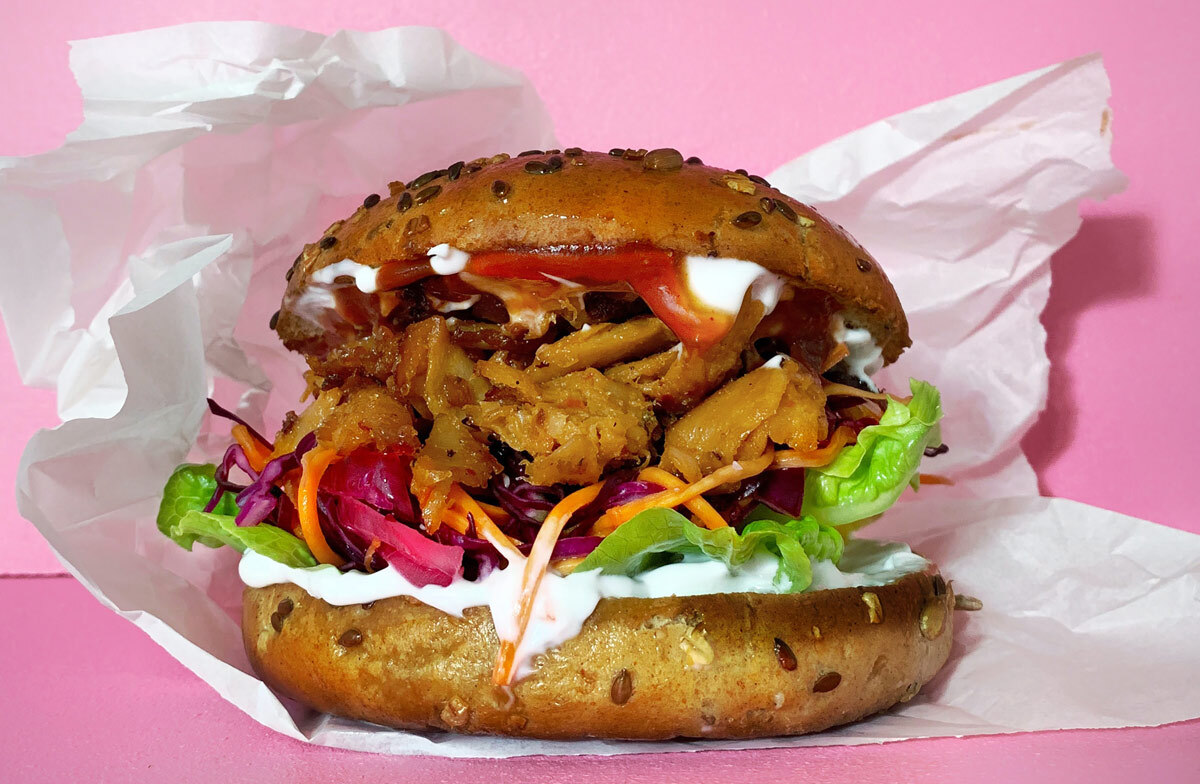 Get your chicken sandwiches elsewhere, Chick-fil-A is still anti-LGBTQ+

In an explosive article published by The Daily Beast on 1 June, White House reporter Scott Bixby exposed Chick-fil-A’s current donations to anti-LGBTQ+ groups only a year after it promised to stop. It seems that Dan Cathy, Chick-fil-A’s billionaire owner, back-tracked on these promises and is now taking his anti-LGBTQ+ agenda even further. The Daily Beast revealed that “accidental public disclosures” uncovered a “sophisticated dark money operation” that tied Chick-fil-A to a multitude of Christian fundamentalist groups—most notably the National Christian Charitable Foundation (NFC).

What is the National Christian Charitable Foundation?

The NCF is one of the largest donor-advised funds (DAF) and the sixth-largest charity in the US overall. It is, at its core, a right-wing fundamentalist group—one infamous for its anti-LGBTQ+ and anti-Muslim contributions. In an article by Inside Philanthropy, aptly titled Big Money, Quiet Power, they write that the NCF “is probably the singlest biggest source of money fueling the ‘pro-life’ and anti-LGBT movement over the past 15 years.”

Being a DAF theoretically means that the NCF makes its ‘charitable’ contributions based on the recommendations of its donors. An anonymous analyst had this to say to The Daily Beast, “The whole point of the donor-advised fund structure is that the donor can’t make the decision—they can only suggest. But they certainly sell it to donors as, ‘We do what you want with this money.’” To put it simply, there’s strong evidence that Chick-fil-A is ‘potentially’ telling the NCF what to do with the money it donates to it, where to distribute it and what to fund with it. So what exactly are they funding and who is funding it?

Usually, these donations are withheld from public disclosure but thanks to The Daily Beast, we have a few names. Chick-fil-A’s CEO is just one of the many homophobic Christian millionaires behind this terrifying “dark money operation” that aims to kill the Equality Act and pass anti-LGBTQ+ legislation. This includes numerous efforts to promote anti-trans legislation. Other NCF donors include former US education secretary Betsy Devos, the owners of Hobby Lobby (a US retail company) and the Anschutz oil and gas dynasty.

What is the Equality Act?

The Equality Act is a bill that aims to amend the Civil Rights Act (1964) to add the prohibition of discrimination based on “sex, sexual orientation and gender identity.” The Trump administration had previously attempted to redefine these parameters to erase transgender people from these polices.

If passed, the Equality Act would be a landmark moment for LGBTQ+ peoples in all areas of life such as education, medical care, housing and more. President Biden had initially promised to pass the bill within his first hundred days in office; in spite of the House of Representatives passing the bill, with a bi-partisan majority, it stalled in the Senate—meaning Biden has now missed his deadline goal.

Why has the Equality Act not been passed?

It’s terrible that in 2021, it has yet to pass. In fact, most people are under the impression that it is already under federal law—unfortunately, that is not the case. Its stalling is largely to do with groups like the NCF and the funding of Christian billionaires like Cathy. Don’t forget that the NCF is a “donor-advised fund” so when it donates money to groups such as the ADF, that’s probably where the individual wants their money to go. It has been uncovered that in 2018, the NCF donated over $6 million to the ADF. The ADF is a conservative group that lobbied and authored many anti-trans legislation and policies for years.

In fact, one of the most widely discussed anti-trans bills (‘the bathroom bills’) were influenced by the ADF. That’s how powerful they are. In an article from 2016, Mother Jones disclosed striking similarities between an ADF letter (sent to schools in 2014) which opposed bathroom access to transgender students and the actual anti-trans bathroom bills that were proposed in North Carolina, Minnesota, Nevada and Kansas. The ADF has even argued in the Supreme Court for the criminalisation of homosexuality in the US and the sterilisation of trans-people—wow.

This is where Dan Cathy is spending his money. This is where those chicken sandwich dollars are going. It’s not just supporting a few homophobes here and there, it’s changing policy. It’s endangering the lives of LGBTQ+ people, specifically trans people, every day. Yeah. A chicken sandwich can change the fabric of US society. The NCF and the ADF are just two groups mentioned—there are many more. So if you are able to, just eat somewhere else. If not, there are other ways to be an ally. I promise there are other chicken sandwiches that don’t come with a side of homophobia.